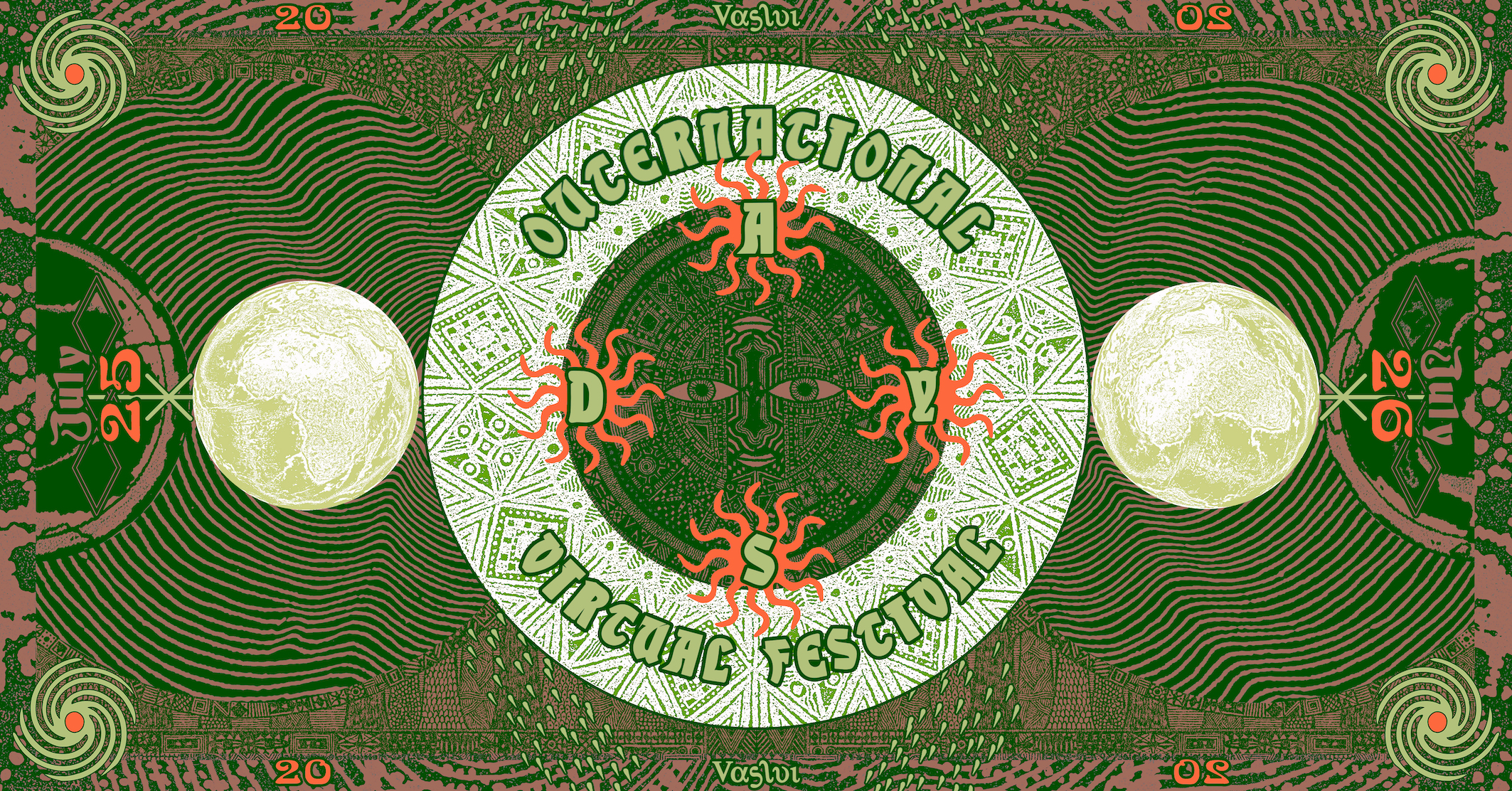 In 2020, Outernational migrates into the deep rural area of ​​Vaslui county (Northeastern Romania), after three previous editions held in Bucharest.

Outernational Virtual Festival is a special edition derived from the Outernational Days festival, organized by The Attic. The festival will be broadcasted online on Facebook between 25 and 26 July 2020.

The festival proposes a virtual escape from the urban, for a multicultural virtual experience broadcasted live from the middle of nature, in an authentic rural space. The broadcasting program will include live concerts, short films, panel discussions and lectures.

The program will include both Romanian bands and artists (such as Anton Pann Ensemble, Bogdana Dima & Diana Miron, Corina Sârghi and Taraful Jean Americanu, Mitoș Micleușanu, Multumult, Sillyconductor, etc.) as well as musicians of other nationalities, such as Katharina Ernst and Stefan Fraunberger from Austria or the special trio comprising the Aleppian (Syria) composer and oud performer Mohamad Zatari, with Indian percussionist Avadhut Kasinadhuni and Iranian musician Sara Nezamoleslami. The festival’s program will also include the concert of Milan W and the Tulnic Ensemble of Avram Iancu (a project curated by The Attic, which debuted in 2019 at the Europalia-Romania festival in Belgium), as well as a special appearance of the group Fanfara de la Valea Mare from Vaslui county.

Moreover, the program will include discussions on topics around the cultural and social dimensions of the Vaslui county, as well as Romania’s current abusive deforestations. The broadcasting program includes two short films that evoke the Romanian rural area: Pe Aripile Vinului/Gone with the Wine (2001) (Corneliu Porumboiu) and a short documentary about the tulnic communities of women from Apuseni, to be premiered within the festival days.

Outernational Festival celebrates diversity in all its forms. Throughout its artistic and discursive program, the festival encourages social inclusion, the elimination of cultural boundaries and social barriers. The aim of the initiative is also to deconstruct the stereotypes regarding the Vaslui area and to place it on the (outer)national cultural map. At the same time, the concerts and films from the program aim to generate a space for discussions about the rural cultural heritage.

The festival is broadcasted free of charge, but we encourage donations in our fundraising campaign and in partnership with World Vision Romania Foundation and Open Camp Vaslui Festival. The campaign opens a broader discussion about the current status of education in rural and financially deprived areas, in what we call the Romanian countryside. The aim of the campaign is to raise funds for getting internet access (tablets and internet sim cards) for several communities of children from the rural area of the Vaslui county, children who come from families with a high degree of vulnerability. The campaign raises awareness of the current social problems that the rural communities in Vaslui County are facing. Vaslui is one of the counties with the highest unemployment rate in Romania (and Negrești city being one of the poorest cities from the European Union), as well as one with the highest rates of school abandon, especially after graduating the primary level.

The initial program of the festival had planned a series of activities and practices of alternative education with children from Negrești city and neighboring villages (activities such as participatory workshops, volunteering, as), which can no longer be carried out in the current context. Reconfiguring the entire project, we looked for other ways to support communities and involve children in the communities where the festival takes place, even in conditions of social distance. We strongly believe that access to education and information is an essential right, equally to any person, regardless of ethnicity, religion or gender.