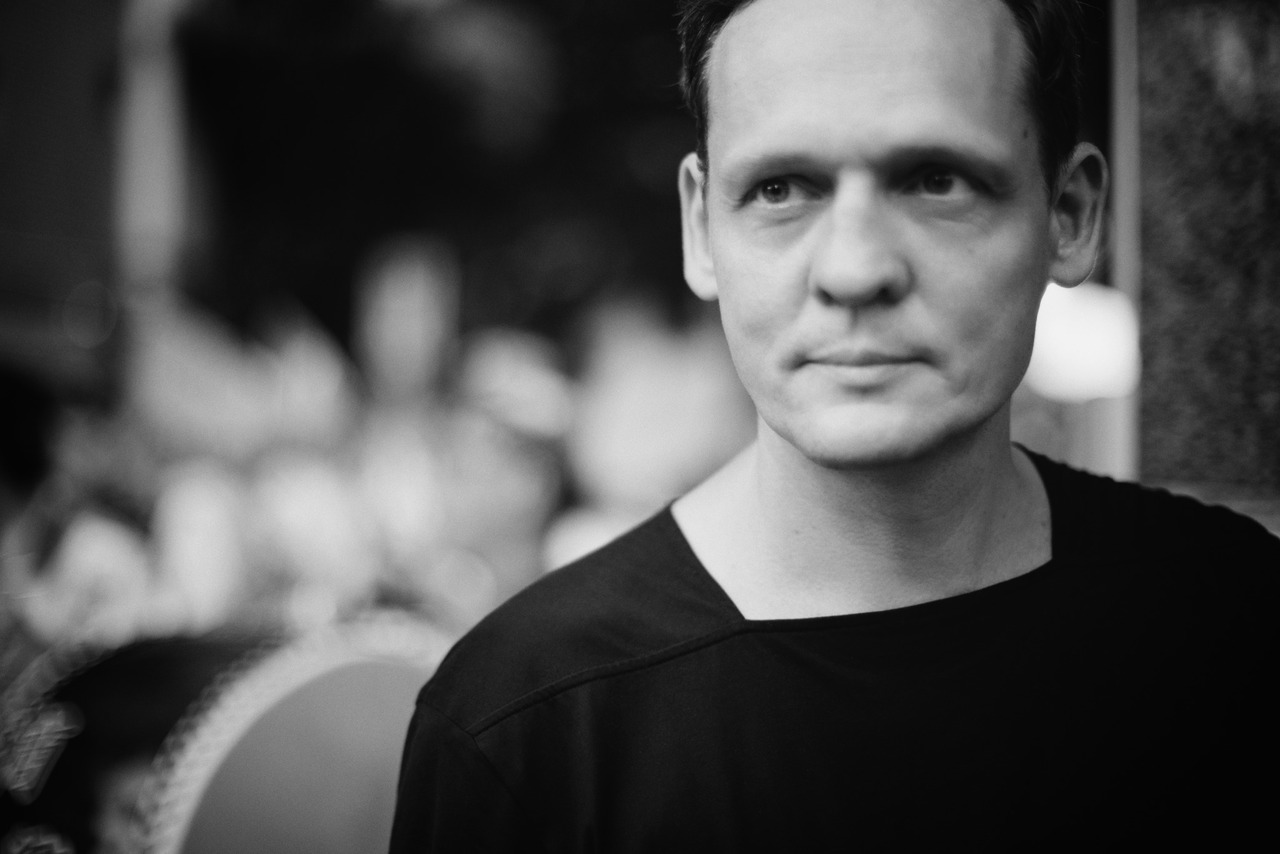 Carsten Nicolai has released music under various pseudonyms, including Aleph-1, Alva Noto (or simply Noto). He has also performed in groups like 6 Aus 49, Alva Noto + Ryuichi Sakamoto, Alva Noto + Anne-James Chaton, ANBB (a collaboration with Blixa Bargeld), Cyclo, Diamond Version, Opto and Signal. All these associations of various projects and groups translated into a very large amount of music.

Nicolai is also known for co-founding the label Noton (originally a sub label of Raster-Noton) back in the 90s, a home to many experimental artists such as Atom™ (Uwe Schmidt), CoH, William Basinski or Byetone.

In summer I had the chance to talk to Carsten Nicolai via a video conference, to find out more about his new album from the Xerrox series.

“If you look at different sound-waves in a space and start walking across that space, you will see valleys and hills representing specific waveforms.”

When I think of Carsten Nicolai’s aesthetics and his ways of using audio and video material simultaneously, in perfect synchronization or using randomness, they seem to be inspired by the legendary "video-synthesizers" or multimedia installations made by Nam June Paik back in the 70’s and 80’s, while the more recent (but less minimalistic) works of the Botborg collective seem inspired by both Paik and Carsten Nicolai's own audio/video experiments.

This new album, the fourth of a pentalogy called “Xerrox”, reminds me of the post-music that could be heard in empty cities, like an ambient ode to the absence of humans. His main sources of inspiration for this "opus" are classic Science-Fiction literature and views of things from "outer space". It is not by chance that he uses for his minimalistic, yet rich texture, footages made available by N.A.S.A. If you (re)mix a bit “Xerrox 4”, with itself, you can also dance on it, with your feet and also with your mind. This immersive experience that can easily get the listener in a state of trance. Basically, that’s what experimental music is for: repetition induces meditation, including the new neural paths and synesthesia it produces.

Alva Noto also used, back in 2008’s “Unitxt”, lots of glitches, almost unlistenable-to sounds, computer errors or simply heavily scrambled audio data. On his more grown-up albums, such as his brilliant “Transform” from 2001, he sampled various electrical frequencies, getting back to the basics of electronic music, with a touch of early Kraftwerk. Controlling the voltage on oscillators, using equalizers, granular synthesis and superimposing various (not so many) layers, he always managed to deliver an intense trip to the listener’s mind.

The “Xerrox” series, which started back in 2007, is apparently inspired by the idea of “copying” and the re-re-re-replication of source material, focused on methods of gradually altering the “original” until it’s unrecognizable, digitally glitched and transformed into something completely different: “As a result, entirely new sounds are created: copies of originals become originals themselves”.

Even if Blixa Bargeld once stated that “electricity is fiction”, in the Alva Noto-Blixa Bargeld ANBB collaboration (“Red Marut Handshake”), Nicolai gladly experiments with the basics of electrical current, that he runs through synthesizers and various other hardware or software devices specialized in modulating sound. “Xerrox vol 4” could easily be tagged as “ambiental”, “minimalistic”, “exploratory”, “cinematic” and “experimental”, but there’s always more than that, if you listen closely, without being disturbed. Every track transport the listener – through its delicate layers with very few beats to dance on and no voices – to different levels of one’s own mind. Carsten Nicolai plays with sound in its entirety, as vibration, thus everything that can be heard can be interpreted as music. Most of the tracks are invitations to personal discoveries, in- or out- of one’s own self, making use of methods inspired by science-fiction and mind travel.

Compared with his other releases, this one goes deeper than before, as it brings up many cinematic emotions about oneself and personal ways of envisioning something that it’s not openly visible. “Xerrox vol. 4” is both a journey in itself and an invitation to personal mind-travels. I could even compare it to the seminal solo debut of Klaus Schulze (just after he left Tangerine Dream), 1972’s “Irrlicht” (“Enlightenment”), even if the methods of sound-approach are very different in the cases of Schulze and Nicolai. The first one uses tons of (mostly customized) synthesizers, while Nicolai tries to simplify and be more specific in his (almost brutalist) reductionism. 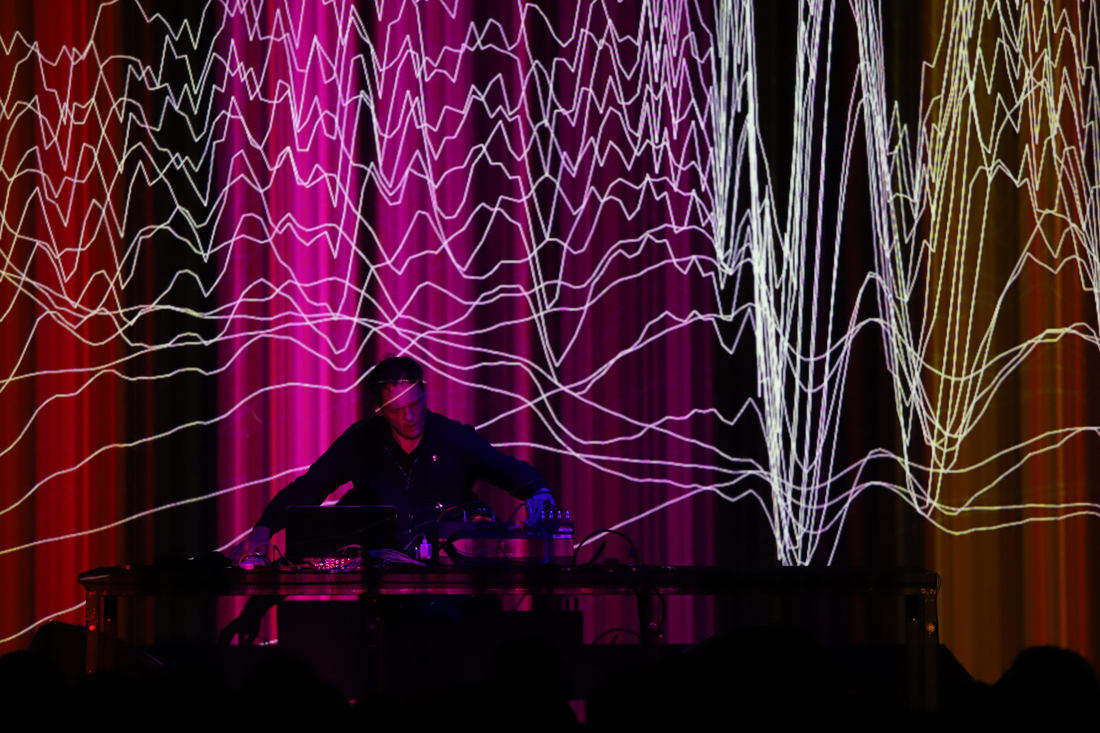 Alva Noto Live at Liquidroom, Tokyo. Credit: Hiroki Obara
Asked about his main influences on this fourth part of “Xerrox”, classic science-fiction and intergalactic travel, in literature but also in real life, Nicolai kindly told me that “As a child I always had this kind of dream, that under my bed is a cardboard box and inside was my room again, a smaller one. The same things that were happening to me were also happening on a smaller scale in the cardboard box. For me the universe goes in both directions, inside and outside: cosmic and macrocosmic. You can travel into your inner self.” This kind of “travel” evokes ancient shamanistic rituals, performed with or without the use of psychotropic substances. As he mentions on the official site, his initial idea was to create a soundtrack for an imaginary film, a film that you create with every new thought provoked by the sound journey.

For this album he used lots of programming from his EMS synthesizer, since he’s not really that fond of modular or semi-modular systems, even if they are customizable in every aspect. He always tries something different in his approach to sound, experimenting a lot with granular synthesis and new ways of generating sounds. He also uses a lot of iPad apps and never gets out of ideas for manipulating waveforms or pure natural sources such as water droplets or snowflakes.

Alva Noto’s deeply immersive audio/video installations were part of art exhibitions in various contexts such as Documenta, the Venice Biennale (twice) or in museums such as Guggenheim, Tate Modern or Centre Pompidou, to name but a few. Even though he was present in so many art exhibitions, concert halls and museums, he admits that he “always enjoyed clubs because they're great for playing music really loud and the interaction with the public is fantastic. In concert halls sometimes you feel far away from the audience. It's always different. When I perform I never sit down, there's a different energy when you and the audience are standing. I performed a lot in Berghain also, and in outdoor environments, like some in Japan or elsewhere”.

Although he didn’t specifically study music composition, but landscape architecture, he perceives his creations as sonic landscapes, as he told me: “for me studying landscapes taught me how to build sound according to a certain kind of space and it’s qualities. If you look at different sound-waves in a space and start walking across that space, you will see valleys and hills representing specific waveforms.”

Speaking about the relationship between moving images or patterns generated or modified by sound, Nicolai says that in the last couple of decades he developed different strategies of analysing sound, apart from the classic ones such as spectral analysis, using different parameters in order to visualise sounds through specific devices. All the moving images he's creating are generated in real-time: the visuals never look twice the same, being inspired by various types of waveform analysers. Speaking of the correlation of the audio output channels with visual elements he told me that “anything that's relevant to sound can be, as well, relevant to visuals”.

Carsten Nicolai’s approach in using correlated audio/video techniques and randomisations reminiscent of Zavoloka&AGF’s album “Nature never produces the same sound twice”, although his audio input is rarely organic or based on field-recordings. For many of his releases he uses sounds recorded from various electrical machines such as printers or photocopiers and his approach is minimalistic, although he does not refer to 60’s minimalism as a genre and attitude. Nicolai’s words explain this perfectly: “Minimalism for me is necessary because some of my works involve so much detail that I have to reduce the background noise. I strip down to the simplest elements, and always look at what I can reduce. I really like singularities of sound because sometimes it's not necessary to have many elements and some of the sounds I'm creating have not so many layers. That's my approach and in the future, I’ll work even more on reducing elements that are not needed. I started this way and I'll continue”.

Follow
After so many collaborations with artists like Ryoji Ikeda, Mika Vainio (Pan Sonic), Blixa Bargeld, Anne-James Chaton, Byetone amongst others, I was really curious about whom he would like to work with in the future. His answer was completely unexpected: “At the moment I'm really thinking about Tom Waits. Or maybe somebody from Indonesia - it's very interesting what's happening there”. Speaking of the thriving underground scene of Indonesia, he told me that he found lots of experimental musicians on some of the 17.000 islands.

Referring to the current state of the world in pandemic times, he mentions in the official press-release that he "finished the album at the end of February, when the COVID-19 pandemic had still not reached the status of global health emergency. Fear and losses increase every day. Many of us stay isolated, in quarantine. The big engine of consumption is frozen. Our daily lives are disrupted. It is a very emotional moment."

Apart from creating immersive audio/video performances, Carsten Nicolai also likes to exhibit sound-sculptures (one inspired by Durer), treated as objects because the actual artist is not present. “Anti”, for example, made in 2004 as a black, mysterious and irregular monolith, reacts to the magnetic field of the visitor’s body, creating an abstract and wordless dialogue.

There’s a lot to dig into Carsten Nicolai’s discography, an exploratory trip I recommend because his music is full of ideas and inspiration, encompassing both hidden and very abstract gems, as well as more danceable music. His theoretical orientation towards the utopian (or dystopian) limits of science-fiction and contemporary space exploration can function well as entertainment or as a pretext to wander through your inner- and outer- self. His reductionist style of composing allows you to build your own mindscapes, which reiterates the ritual origins of music. In perfect synchronisation with sound, the visual parts are astonishing and hypnotising, as you can see. As one critic said about Nicolai’s “Unicolor” multimedia project, “what makes Carsten Nicolai’s work so good is that you don’t need to understand the science behind it to fully enjoy the experience”.
-- 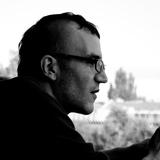