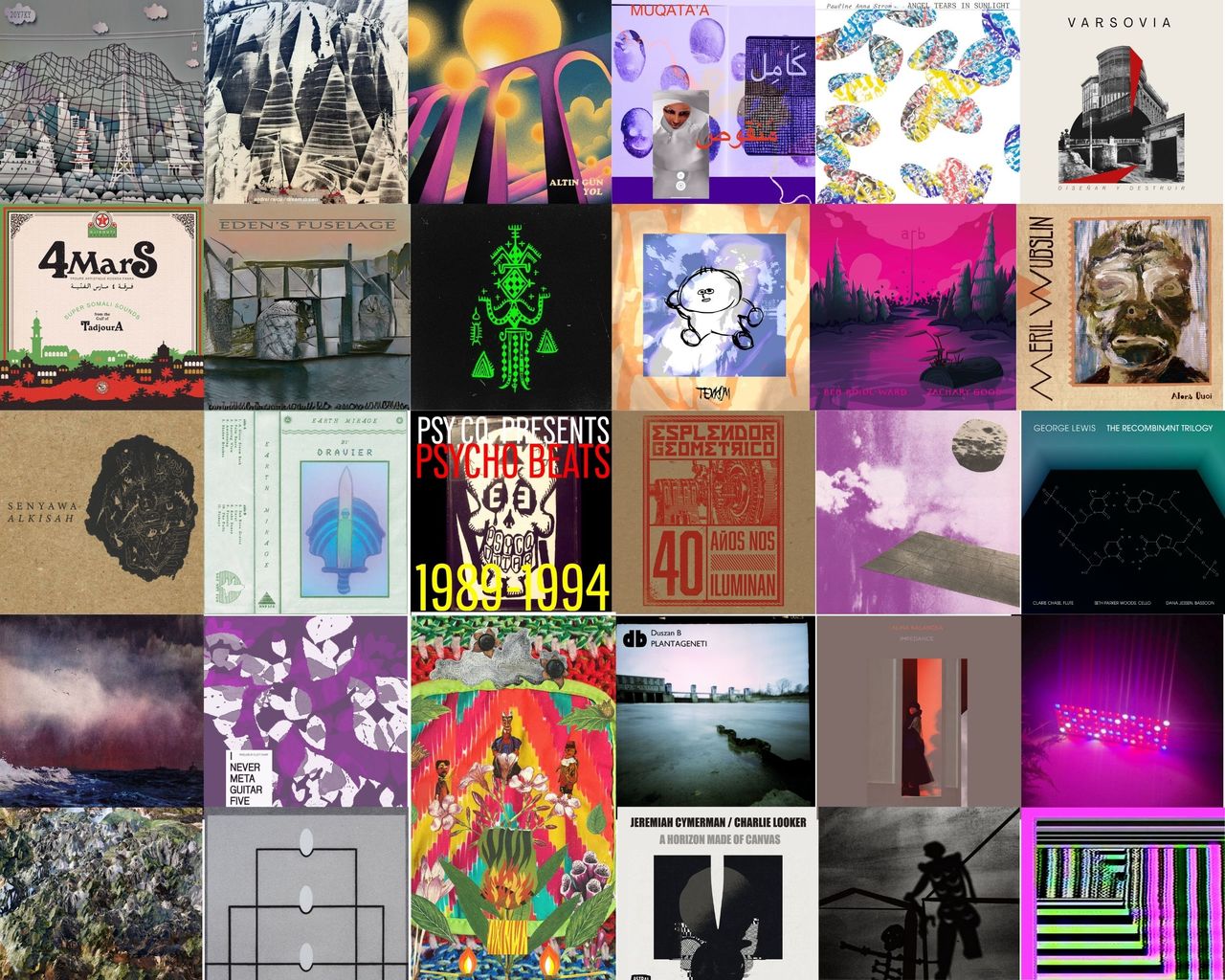 February 2021 has been a wonderful month for new music. Here's 29 albums and compilations comprising anything from psychedelic rock to free jazz, improvised music, ethnic, ambient, electronic hybrids of all sorts, both new and reissues.

From Altin Gün to Dravier 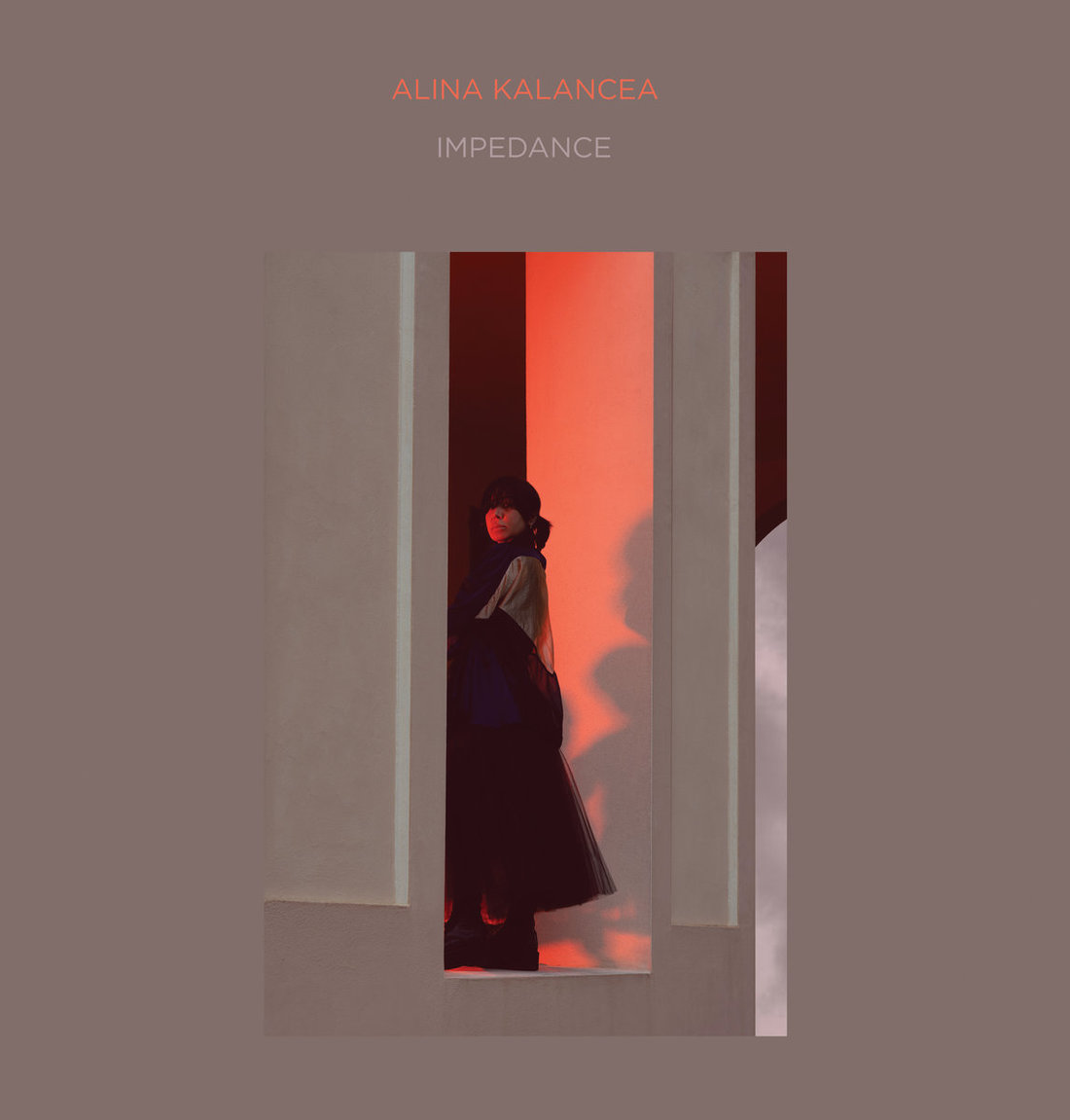 Altin Gün - Yol (Glitterbeat Records)
Altın Gün return with a masterful album that widens their critically acclaimed exploration of Anatolian rock and Turkish psychedelic stylings to include dreamy 80’s synth-pop and dancefloor excursions. Yol (Road) brings together all vectors of the Altın Gün experience and delivers their most compelling and individual album to date.

Alina Kalancea - Impedance (Important Records)
Alina Kalancea is a Romanian sound artist and composer based in Modena, Italy. She has studied sound design and synthesis with Enrico Cosimi and collaborated with producer Alex Gamez, and artists Julia Kent and Raven Bush. "There's no quick payoff on Impedance. This is the sound of new, patient electronic music full of depth and substance." One of her tracks was also featured on our second volume of the Romanian Contemporary Music podcast.

Andrei Raicu - Dream Drawn (Cinemaude)
Romanian experimental producer Andrei Raicu released his debut album, "Dream Drawn", comprising 9 songs and released at Silent Strike's Cinemaude record label. From ambient to experimental, in an organic sonic note, the album reveals a complex universe, abundant in sounds resulting from certain elaborated processes of sound synthesis; but don't expect "dance" music, because that's not the case here. "This is my radiography of the (almost non-existent) year 2020. I did most of the album during the lockdown, and it is a direct experience of the feelings that I met then. I created it starting from the tranquillity of the city at that time and I slowly reached an anguish that was more and more present in our lives”, Andrei Raicu writes.

Byron Westbrook - Distortion Hue (Hands in the Dark)
Distortion Hue is a new album coming from American composer Byron Westbrook, after the 2017’s Body Consonance, his previous LP for the label. This new album comprises ten tracks of tape-manipulated electronics presenting a more raw side of Westbrook’s work, with grainy and damaged textures, walls of feedback and non-metered pulses. 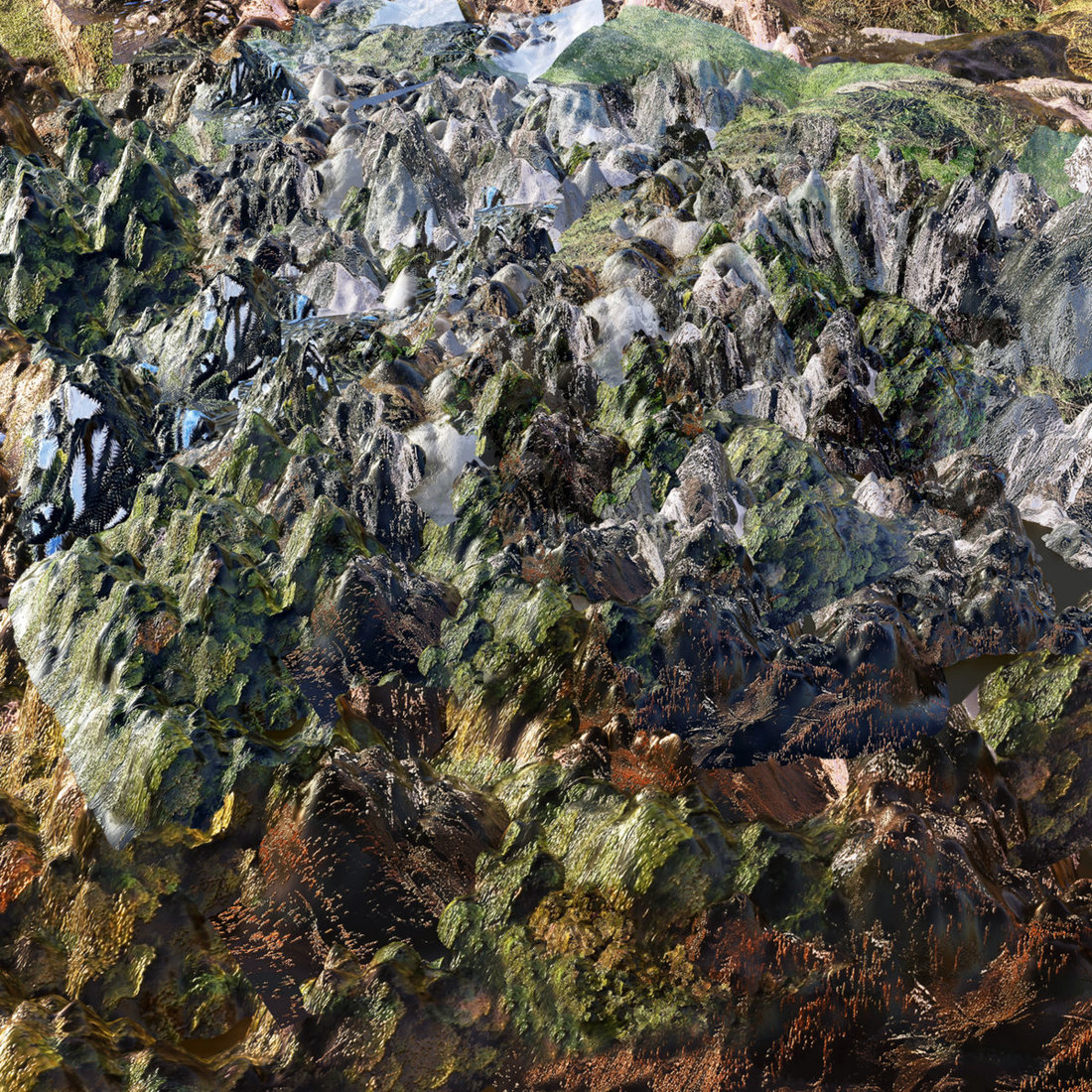 From Duszan B to Fire!

Duszan B - Plantageneti (self-released)
Duszan B is Krystian Kniaziowski (guitar), Paweł Gawryłowicz (trumpet), Jan Niedziela (bass) and Łukasz Mikołajczyk (drums) and this is their first full length album, "a story about eating, about hungry gap, about scarcity of food and fighting for food and finally, about struggle for survival."

V.A. - Elliott Sharp presents - I Never Metaguitar 5 (Klanggalerie)
Here’s a new compilation covering «the parallel realities of contemporary guitarism». This latest collection of guitar pieces reflects once again the never-ending joy of hearing fabulous sonic visions with the guitar or its derivatives as the main subject. Players include Jerome Harris, Norman Westberg, Will Bernard, Mike Baggetta and many more.

Fire! - Defeat (Rune Grammofon)
With Defeat, Fire! have taken their biggest leap so far, with Gustafsson giving the flute a prominent place in the sound image, a surprising and most successful move, his both expressive and ornamental approach given ample room to breathe, especially on the two long tracks bookending the album. In places more subdued than on previous efforts, but with the distinctive bass figures and hypnotic mood fully intact.

Genetisis - Genetisis (Futura Resistenza)
Genetisis is a quartet comprising Ka Baird, Brian Close, Bryce Hackford and Jimmy Tamborello and this is their self-titled debut album, privately recorded at Les Ateliers Claus in Brussels. "Genetisis is a thickly smeared, brain-melting voyage with equal doses of its creators' DNA oozing together to build a uniquely engineered new organism." 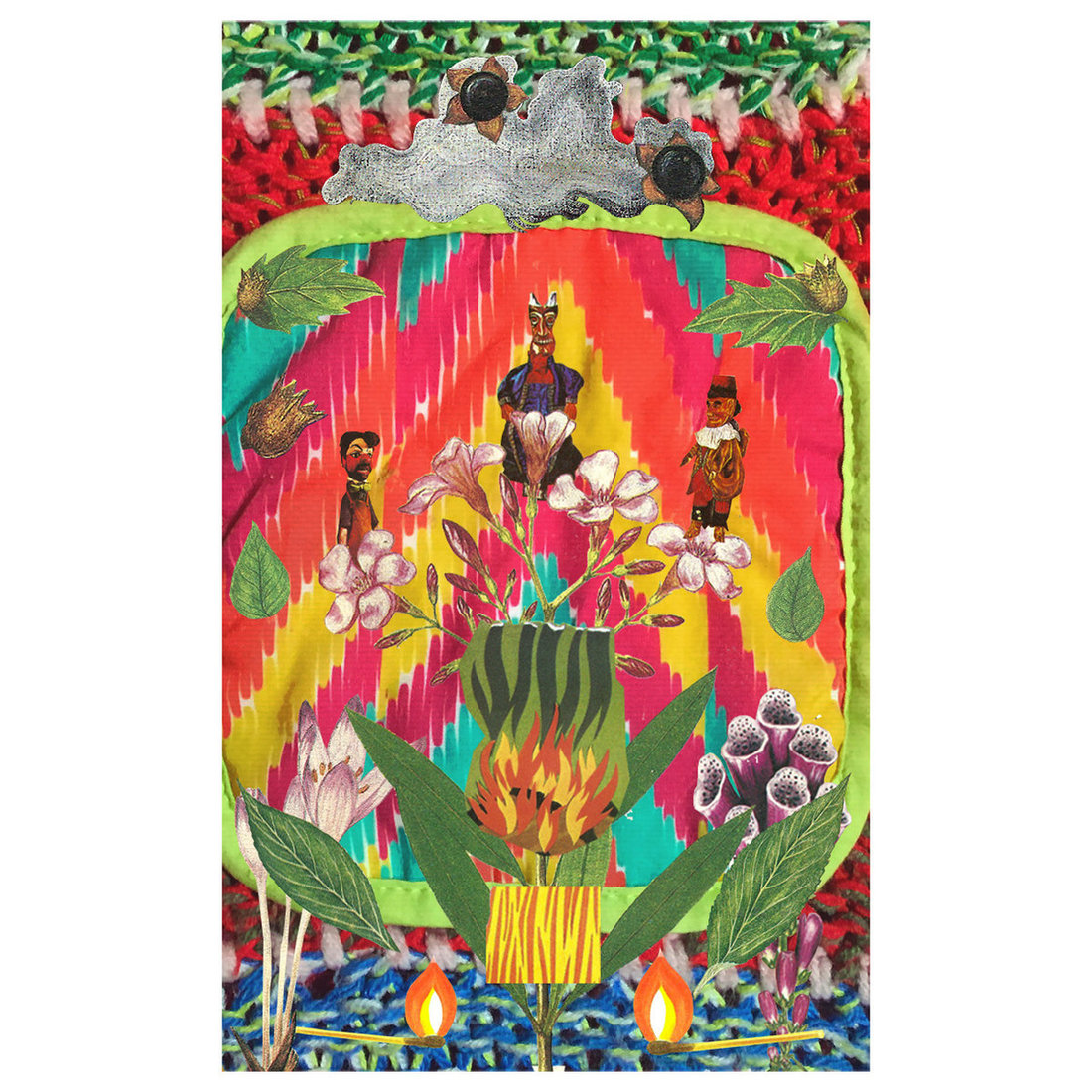 Müriscia Divinorum / Pablo Picco / Aphra Cadabra - Electronic Neorruralism Music in Viarava & Charava (IKUISUUS)
This is a psychedelic and experimental free improv collaboration project by Müriscia and Aphra from Vlubä + Pablo Picco aka Bardo Todol (also known from Ø+yn). Lots of sounds, acoustic and electric, floating around and inside the mind, from the hidden inner lands of the ancient and timeless.

Muqata'a - Kamil Manqus كَامِل مَنْقوص (Hundebiss Records)
Kamil Manqus is the fifth studio album of Ramallah-based electronic musician Muqata’a, combining sounds from live radio, drum machines, synths, and field recordings, the results range between harsh beats, abstract tones, and glitch. Using Simya’, an ancient Arabic science of combining numbers and alphabets to communicate with the unseen, the voices of his ancestors appear throughout the album. Samples of memories are being fragmented and restitched through each track. Kamil Manqus is Arabic for “whole imperfect” or “perfect imperfect,” a way of working for Muqata’a whose music seeks ways of listening that uses error not as mistakes but as possible breaks in an otherwise closed system. 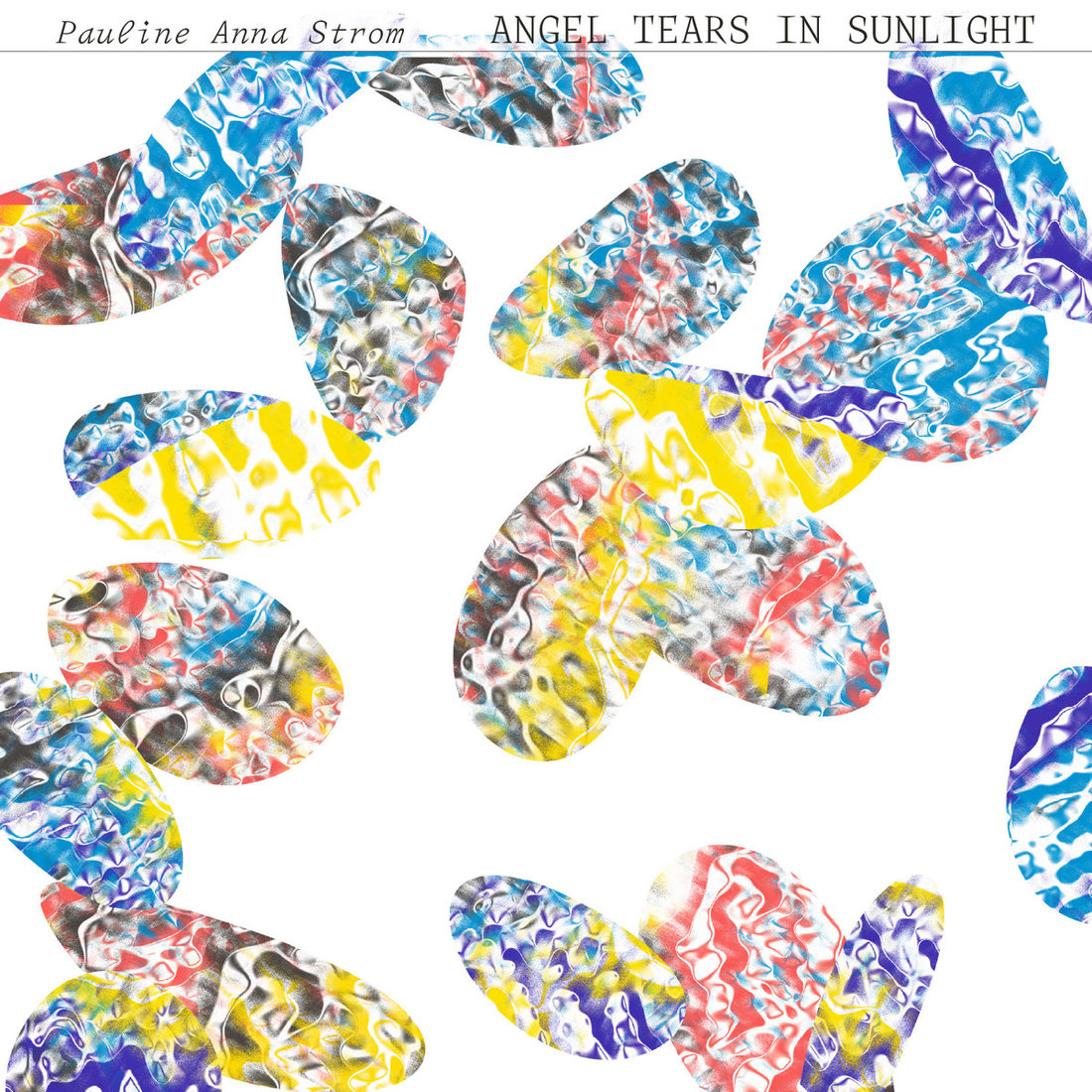 From Sam Shalabi to Senyawa

Obay Alsharani - Sandbox (Hive Mind Records)
Here’s a new beautiful release from Hive Mind, presenting Obay Alsharani, a Syrian migrant now settled in Sweden, who started producing music back in 2013 in his homeland of Syria. His lo-fi productions fused dusty samples of Arabic music with crunchy hip-hop beats, and he gained a dedicated following on Soundcloud after he started releasing his productions under the name Khan El Rouh; “...it was great for escapism from all the horror that was happening outside when we watched what we started as peaceful protests for social equality and freedom of expression descend into a ravaging civil war between a brutal regime and the Islamists who took over the revolution”. Sandbox is an orchestra of combined lo-fi samples and field recordings resulting an album with serious emotional weight.

Sam Shalabi - Bead (self-released)
"These two longer pieces are inspired by two sources: Steve Tibbetts and Arthur Machen/ Algernon Blackwood. The music of Steve Tibbetts has been a huge source of inspiration for me for over thirty years now..I think he’s a unique and deep musician and his acoustic guitar playing in particular was a direct influence on both these pieces.. The two writers (Machen and Blackwood-two "Weird Fiction" writers) influenced the vibe of both these pieces as well: in particular the mood and structure of Blackwoods story 'The Willows' and Machens story 'The White People' (in particular the paranormal pagan dance in that story)", writes Canadian musician Sam Shalabi.

Senyawa - Alkisah
The brand new album of the Indonesian pair Senyawa is called Alkisah and was simultaneously released globally by 40+ independent labels from all over the world. Each was given permission to design their own packaging, master the album, and provide additional remixes of the tracks. Senyawa is an experimental music duo with Rully Shabara (extended vocal technique) and Wukir Suryadi (homemade instrument). The music that they create is a combination of extended vocal technique and a homemade instrument. 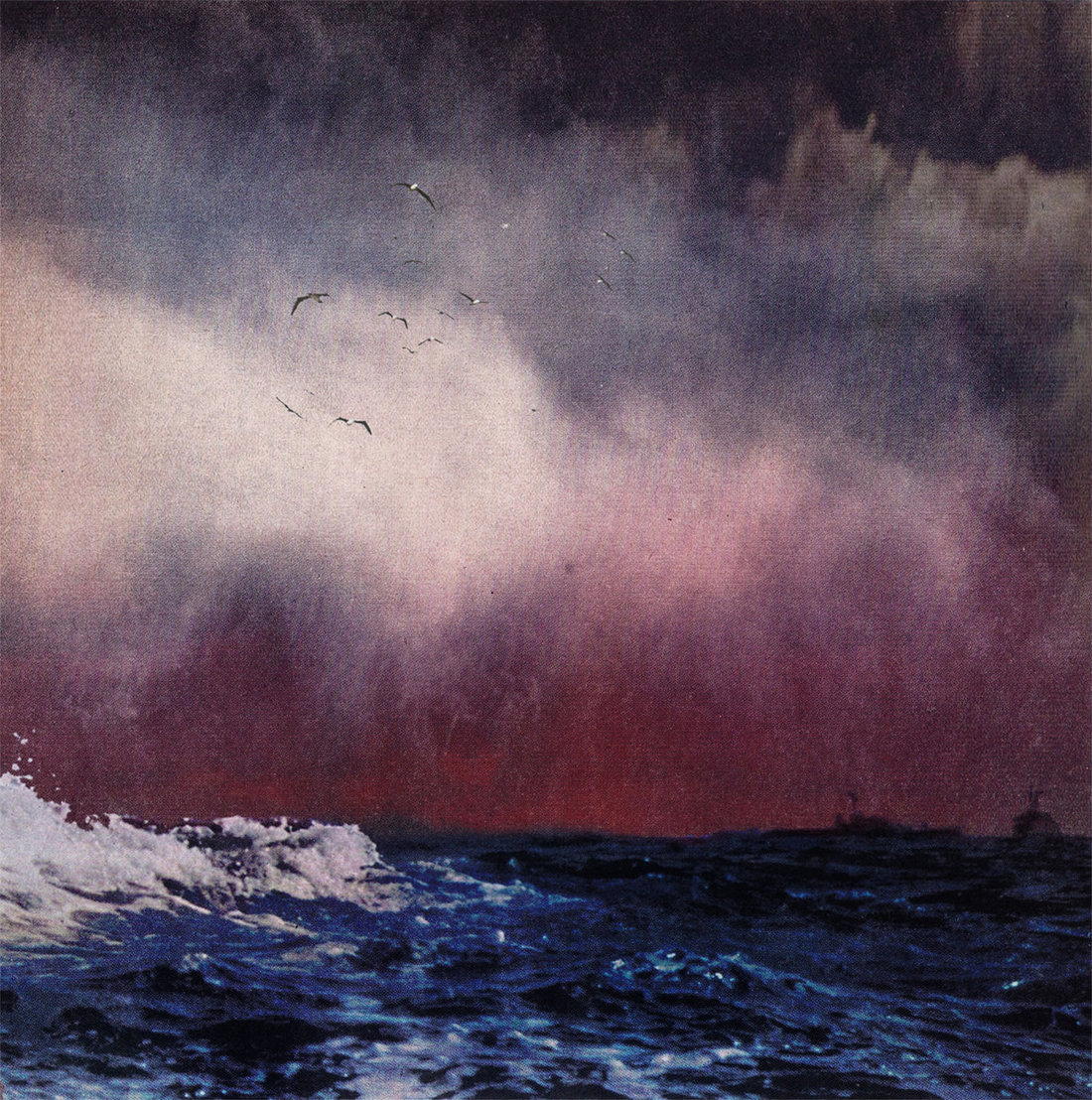 From Tiago Sousa to Varsovia

TEXKOM - Что я делаю не так? (What am I doing wrong?) (ТОПОТ)
"The main thing in ‘What am I doing wrong?’ is an indomitable, elusive and unpredictable animal energy that TEXKOM kindle. Almost every track on the album starts, pauses, starts over, and is followed by some cocky squabbles between the band members. That is, we also hear the kitchen of this release — any cuts and editing would kill all the passion of this music at all. Stylistically, TEXKOM chops rabid free-rock without looking back at anything — non-melodic, non-musical runs on the keyboard of the synthesizer come into conflict with the constantly soloing guitar", writes Evgeny Galochkin of the Moscow based imprint ТОПОТ.

Tiago Sousa - ANGST (Discrepant)
ANGST is a series of musical ‘essays on the ephemeral being’ by Portuguese pianist and composer Tiago Sousa. After 2015’s Um Piano nas Barricadas released by Discrepant, Sousa expands his compositional chops by writing and performing along with a trio made of clarinet, percussion and vibraphone adding a magical realism aura to the music.

Varsovia - Diseñar y destruir (Buh Records)
Diseñar y destruir (Design and destroy) is the second album by the band Varsovia, a project formed in early 2012 by Dante Gonzales (composer and former member of other well-known electronic acts such as Ensamble, Estación Perdida, El Hangar de los Mecánicos and Pestaña) and Fernando Pinzás. The album reflects the second period of the band, which starts with the incorporation of Carla Vallenas as lead singer in the summer of 2015, replacing frontwoman Sheri Corleone.

Yunis - Mulid El-Magnoun (Kafr El-Dauwar Records)
YUNIS (b. 1994 - Kafr El-Dauwar) is an Egyptian musician and music Producer. He has produced two albums until now; «The Blue Djinn Dance» which was his first solo album, and «Ya Khal» which was a collaborative work with Ibrahim X. He is also a co-founder of Kafr El-Dauwar Records, an independent digital record label. His newest album “Mulid El-Magnuon” is an exploratory music trip through Sufi moulids and Egyptian folk weddings.

Zachary Good and Ben Roidl-Ward - arb (Carrier Records)
arb is an album of original works for clarinet and bassoon performed and collaboratively composed by Zachary Good and Ben Roidl-Ward. Each track features interplay between coinciding clarinet and bassoon multiphonics. While these sounds are often regarded as unstable and harsh, Zach and Ben focus on their delicate nuances and harmonic functionality. Emerging from these multiphonics, independently and especially in combination, are acoustical and phenomenological experiences that create the illusion that more than two people are playing.