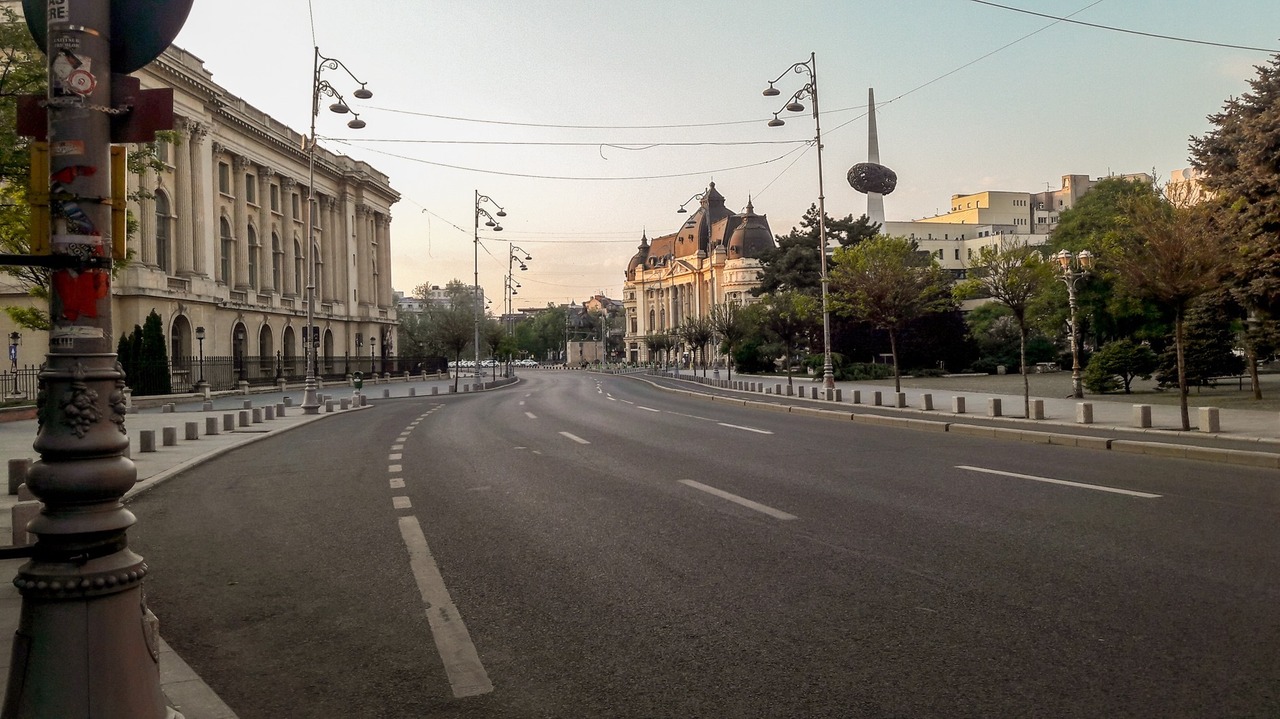 Pricked Up Ears. A Lockdown Listening

It took me so long to get rid of these insufferable modernist reflexes of the added expressivity, built artistry, this chase for the beautiful sonic object, the exceptional, the well found, the deserved expectation, the rewarded patience of the field recordist... Yes, it was supposed to be empty, this was the beauty of it. From this emptiness we were invited to build a superior discourse on sound ecology, noise pollution, everyday sounds, but all I heard was… almost nothing. Nothing to record, nothing to show, nothing to support my new field of discovery. I knew it was good, that this emptiness was at the heart of things, but my ears were too abused by life and sonic memory in order to start getting a grip on things. I turned around; I kept recording and being disappointed.

The weeks passed by, already 5 or 6, and the plain boiled rice started to show its own flavor. The fade was hiding a subtle fragrance. Little by little, the emptiness became calmness. The naked streets seemed cleaner. The midday light contrasts, softer. Before the dawn chorus the air got lighter, fluid, translucent, and generous. The promised silence was rich, tall and healthy. Not empty. Not “nothing”.

It is so strange to not hear a single airplane for weeks. It is strange to be surprised by the sound of a helicopter. It is strange to hear silence from afar, to spend time in the middle of the night, in front of the open window and just listen to silence… beautiful silence. Beautiful, tall and healthy silence. Yes, it took so long to clean my ears and yet…

The day-by-day evolution of my sonic perception, more of a feeling than a measure of things, made me pass from the deafening stress tension of the first couple of weeks, to a growth of sensitivity that made birds seem almost too loud, and later to a calm pleasure of the detail, natural or human. And what a great season we have to enjoy this unique quietness… Due to their experience with listening, the sound recordists seem to be more perceptive to the change and have the ability to focus their ears to longer distance. “We can hear a subtlety of life around us that we haven’t heard in a long, long time”, explains soundscape ecologist Bernie Krauss, who developed the notion and the understanding of the biophony, a niche hypothesis stating that the living organisms which produce sounds are adapting to specific frequencies by dividing between them the range of frequencies in order to communicate properly. This is one of the theories that might explain why, in urban environments, birds sing louder, on a different scale, or simplify their song or create a new one. It is specific to birds that are learning the songs from their elders, being also those who adapt more easily to the sonic environment.

The analysis of the birds’ sounds is only a small part of the more or less scientific material that is published online these days. We have access to numerous recordings of birds’ songs, especially the rare or uncommon species. We can read a lot about the use of this exceptional traffic noise reduction in the observation of marine life... But by far, the most popular addition to the sound realm of these days is the recrudescence of the papers addressing the soothing effect of the natural sounds. Usually they appear in the form of long recordings of rather spectacular sonic environments: whales, waves, dawn chorus, rain, wet forests, and the discourse turns around self-help rhetoric. But if we take away the photo wallpaper form of this kind of material, what is deeply true and also very interesting is the undoubtedly calming effect of the natural sounds. Even if it is exotic or not associated with a personal experience. Something like the body memory. Silence or rather quietness, if not associated with a stressful context (deafness or imprisonment/forced isolation) is also known to reduce the effects of depression and anxiety. Given my line of work, my social media live feed is rather populated by recordings made by artists in more or less exceptional environments, but rarely “product oriented”. The artist’s ears, selection of time and space, choice of the tools, everything is subjective and resonant with a unique sensitivity and will. 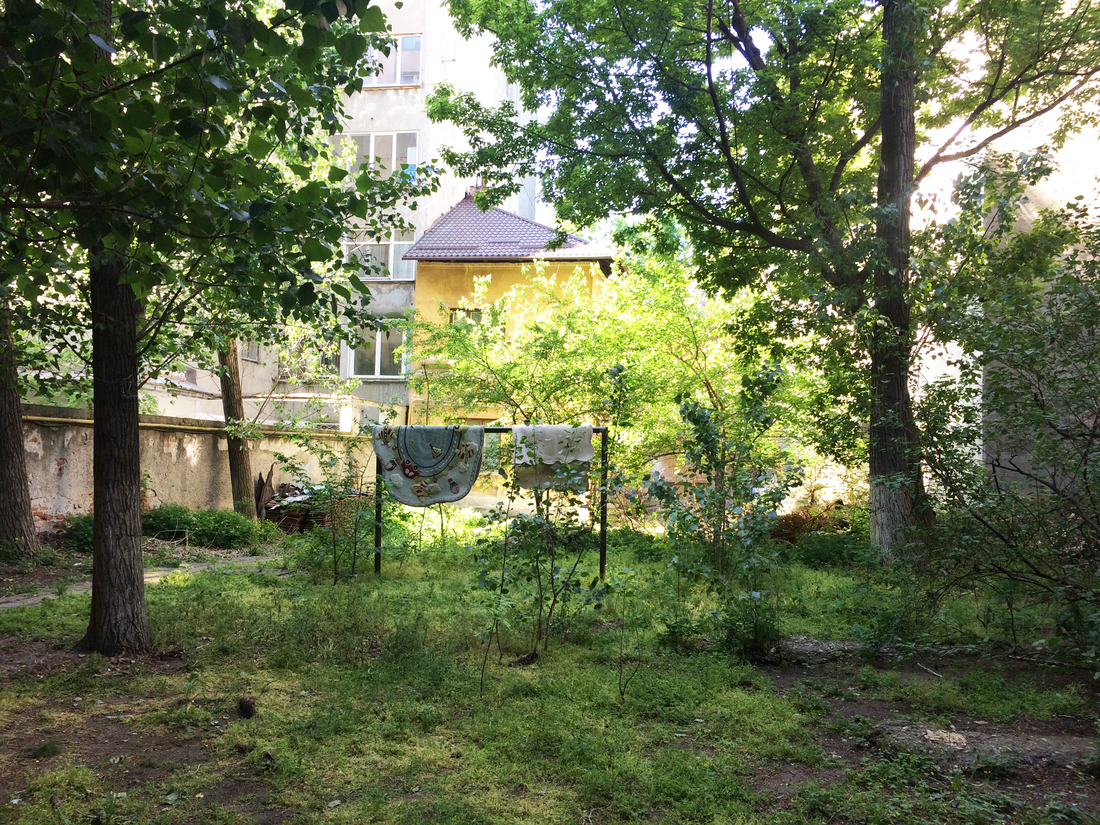 Photo: Anamaria Pravicencu
My ear is unique. It is connected to my unique brain, skin, sight, experience and memory. My hearing is a result of who I am. My listening is profoundly subjective and it’s affecting my hearing and my perception of reality. I hear what I want and what I can. I constantly train my ears physically and aesthetically. I know what it’s known to be beautiful and what I want to name beautiful. The more I listen, the more I hear.

If in the beginning the feeling of cotton filled ears was disturbing, the days of lockdown’s end are overwhelming. It’s like the harsh ground under the sensitive winter feet… Too much feeling and less and less discernment. Confusion is reinstated in my mind. I’m aggressed by a lone car passing… This is how fast my urban ears adapted to the quietness of the lockdown. It was quiet and it smelled good. The perfume of the spring wonderfully went together with birds’ voices, the soft wind and the delicate rain. But now my ears are fragile. Fragile and upset. The urban noises are not there any longer as a given, they exist against me, against our calm living, against our capacity to concentrate and think.

Listening is not natural. It can be a desire to hear a specific pleasant sound, like the voice of someone we love, but it is mainly a question of surveillance and protection, as the animal listening, unconscious and discontinued. Hearing for survival. Listening is cultural. We listen to speech, to music and much more recently to the mediated sounds of nature, the soundscape. The notion of landscape, on which is based the Murray Schafer’s notion of soundscape, appeared in the 19th century in France, and it was the name given by the contemplative flâneur to the countryside, transformed by agriculture, or natural. Paysage: the idyllic image of the countryside and of the peasants’ labour. This cultured sight was charged with interpretation codes that were built by the arts, especially the painting. The gentilhomme saw a beautiful dark ground cut by stripes of light where the peasant saw the pride of their crops. Little by little nature stopped being just nature: Mont Sainte-Victoire became some years ago a natural park (Grand Site de France) because it was made famous by Cézanne’s paintings, a jewel of natural heritage which must be preserved; Fuji is conditioned against fast erosion because the Thirty-six Views of Mount Fuji by Hokusai is superior in importance to Humanity than the mountain itself.

From nature as an artefact in the eye of the viewer, called artialization, to artificial nature, and back. A loop of significance completed by the multiplication of references in a mise-en-abyme: Which sound is the natural one? The ugly or the pretty? Is my recording beautiful or the sound itself? What have I learned to call natural and which are the parts of nature that I have no eyes to see? Is this garden the nature or just a controlled fraction that makes me feel safe? Is the feeling of naming trustingly nature beautiful that fulfils me in my reflective superiority? Am I only happy to recognise what I already know it’s there? Have I lost my deaf innocence when I started to hear intentionally and to let desire be driven by my listening and learn names for it? Why am I happy to listen to beauty when I know that my culturally trained ears are just a better tool? Then the technologically mediated listening, in a chain of tools with an indescribable number of variables in quality: microphones, recorders, cables, sound cards, amplifiers, software, formats, computers, mixers, speakers... There goes my innocent ear.

Follow
For the morning of 3rd of May, the International Dawn Chorus Day, I entered the SoundCamp program Reveil. Two days before I installed an open microphone in the backyard of my building, pointed towards the Cișmigiu Gardens in Bucharest. What I needed was electricity, an Internet connection, good mics and nice sounds. I registered on the Locus Sonus platform and I felt like I entered the big league of sound people. For the first 10 hours I had wind blowing in the young poplars covering the backyard almost completely in a closed resonance box. Then I discovered the tens of pigeons eating on a tin roof. I was preparing mentally for a multitude of bird sounds that I knew were there, but all I had was a crow, an insistent ringdove and waves of swifts. And cats. And neighbours… The day before the Dawn Chorus Day I listened to my backyard through my headphones in my apartment, via the Internet. For my ears, everything was rather quiet, but for my highly sensitive microphones, an entire universe was there. The more I listened, the more I heard. Layers, details, the weaving of voices, music through open windows, insects, dry leaves, a distant train… Little by little my ears were growing under a sensitive magnifying glass. I had a few very happy hours of listening. Compared to the open mics of my peers, most of them situated in the middle of natural habitats, wetlands, countryside, luxuriant forests or ocean coastline, my little sound seemed poor, if not ridiculous. They were consistent, I was thin. And yet, here was a possible sound of the heart of Bucharest, close to a public garden and enclosed in a resonant backyard.

--
main photo credits: Andrei Zidăroiu
*This article is part of the project Music & Conversations in the Attic, co-financed by AFCN. 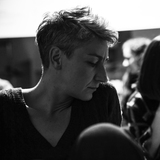 Anamaria Pravicencu studied drawing and sculpture, with an interest for sound installation. Since 2006 she’s artistic director of Jumătatea plină in Bucharest, promoting author comics, and sonic and musical experiment (Sâmbăta sonoră) through constant and distinct programs. She is the curator of the SEMI SILENT platform and she keeps producing sound work.

The topic is very much on the table - a table of a very stimulated society, for sure, addicted to new experiences, and sometimes craving to just ‘feel better’.