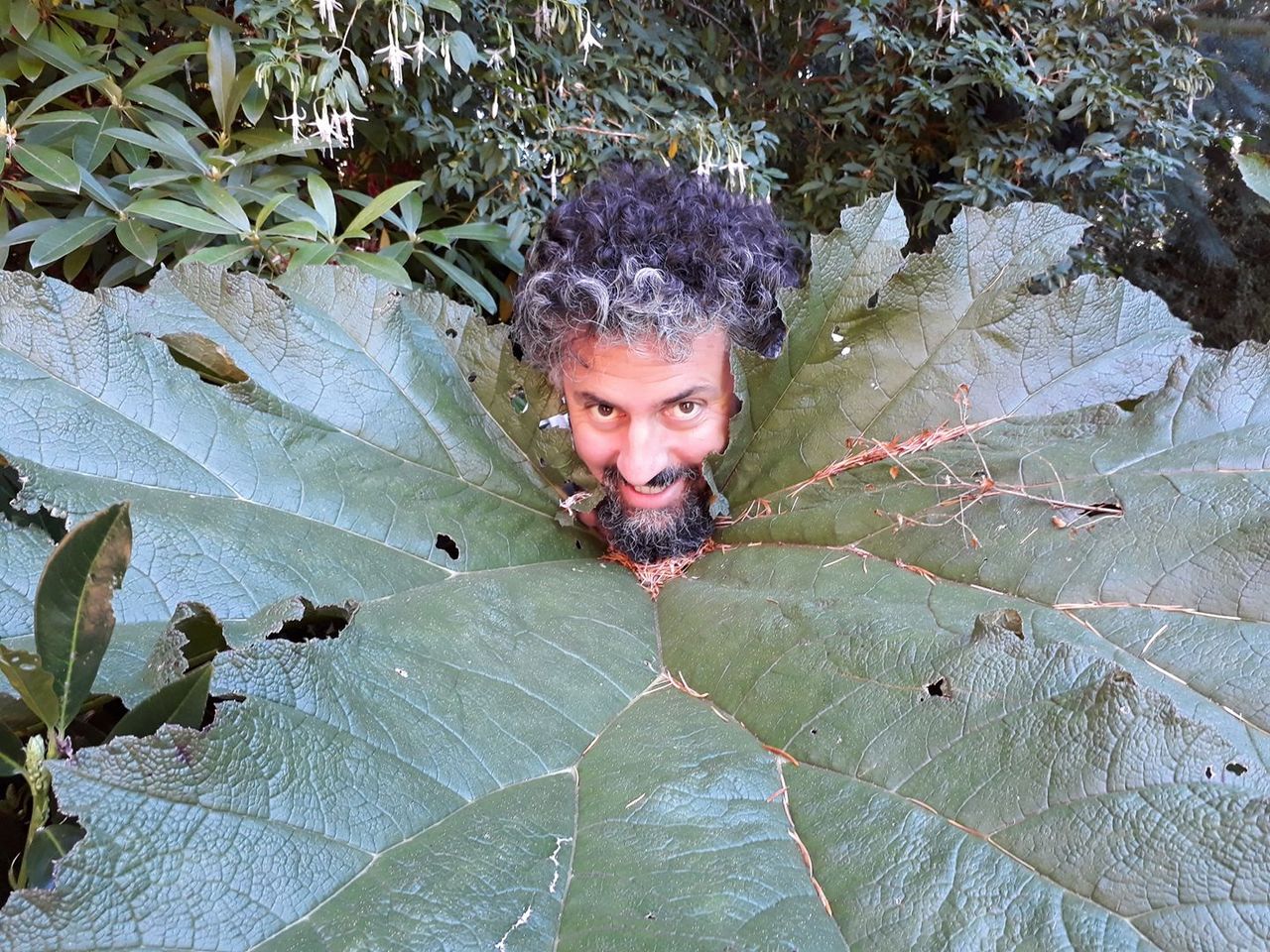 ”Replace the chemical and toxic for the organic, plant and give life, hemp is a plant that can save the planet”. He has been part of local clean water initiatives with the albums he released: part of the money from sales were donated to children’s aid organisations.

His latest album is a sound clash between two of the most popular riddim bands in Jamaica: Sly & Robbie and the Roots Radics. The Final Battle is considered by the American Reggae archivist Roger Steffens the closest thing to a reggae/dub Woodstock. His vision of creating a studio sound clash between two of the most powerful rhythm sections in the world has created an historic impact and resulted with the Final Battle LP being nominated on the Best Reggae Album section at the 2020 Grammys.

Enter the special world of Argentinian Reggae Dub vibez. Listen to his mixtape for our podcast series, here.

“I plant trees in my neighbourhood since 2005, more than 500 trees. Sadly, all politicians only want to cut these trees; the situation is very much like in the Bob Marley song, I Shot the Sheriff: “every time I plant a seed they say kill them before it grows.””

How was your start in music, Hernan? Was it as a passionate listener or did you start playing percussion and drums as a hobby?

I started out as a DJ at the age of 12 and at 16 I got my first bongo. Since I was a child I would listen to a lot of different types of music and a lot of genres.

When did you decide to become a full time musician?

When I was 17, I was playing at a Salsa disco four times a week. I was being well paid enough, so I decided that I want to live my life as a musician.

Does Argentina and South America have a special market for reggae, dub music and Caribbean sounds?

Yes, Argentina has as of lately a lot of musicians from Jamaica and the Caribbean coming to perform. But Brazil is also very strong; many international reggae acts have got one of their biggest audiences in Brazil. They often tour our neighbors.

Tell me about your first compilation/collaboration project El Album Verde. How did the idea appear?

Well, the first time I listened to the “Revolver” album, it was a complete revelation. With that love it sparked in me, I decided to try and make a reggae version. It got out as “El Album Verde”. That was back in 2003 and lucky for us the album became very popular in South and Latin America. By popular I mean, of course, that we had the people on our side and we managed to sell hundreds of thousands of records.

You have created a collaboration between ska legends Skatalites and Moviemento Urbano on El Album Verde. Excellent mix of Jamaican and local sounds. What is your favorite Skatalites LP and song?

I love them all so much, but I have to choose the Foundation Ska compilation LP and the song Simmer Down with Bob Marley & The Wailers.

Hernan Sforzini and The Congos
Please tell us more about your Afro Studio. Are you working only with local artists?

Afro Studio is a temple. We work with artists from many different parts of South America and not only. Right now, for example, we are working on a new Lion Powda album. This band is a collaboration of musicians from Costa Rica, Trinidad and Tobago and Philadelphia; they are based in the USA.

Another project that is about to start is the “The Dub Battle”, an album with the dub versions of the “The Final Battle” LP we released recently. But yes, we have done mostly albums with the local artists from Argentina because we like to encourage the local scene to develop.

What are your fondest memories from constructing your catalogue?

Afro Records has become a label in parallel with the Studio and we have many nice memories. One of my fondest memories was when the legendary Jamaican singer Gregory Isaacs was making his last recording in his career at Afro. That one is unforgettable.

What about Serious Reggae? Is it a different label from Afro Studios?

Serious Reggae is for my albums and other artists that are collaborations. For example, “The Final Battle” features Jamaican artists too. So it is more like a sub label of Afro Records.

What about the sequel to El Album Verde, HEMP? Was this your first encounter with Sly & Robbie, Yellowman, Mad Professor and Dennis Bovell?

Yes, it was my first encounter with Sly & Robbie. It is probably the reason they wanted to do more music with me. That album took three years of my life, it was a really crazy thing and it was a lot of heavy work. We were trying (and succeeded) to unite the Reggae Music World (bands from South America, USA, Jamaica, UK, New Zealand, Germany and Italy) to interpret The Beatles in a very special way.

Tell me more about your neighbourhood project Planta y Canta/ Plant and Sing, where you want to make the environment healthier. Do you work with other environmental NGO’s in Argentina? What is the people's perspective on the serious matter of a healthy environment? What about the politicians?

I plant trees in my neighbourhood since 2005, more than 500 trees. Sadly, all politicians only want to cut these trees; the situation is very much like in the Bob Marley song “I Shot the Sheriff”: “every time I plant a seed they say kill them before it grows.”

So with Planta & Canta I started to do what the government should do in my neighbourhood: raise more conscience, invest in education and show more action. I want to see more action about the importance of trees for our community. We are making it specially for our kids. Again, sadly, people hate trees in my community and politicians want to get their votes so they quit on trees. It is one heavy battle.

How was the Tuff Gong Studio experience in Kingston? How frequently are you in Jamaica?

I have been there in these last two summers. When people think of Jamaica, they think of Bob Marley and his Tuff Gong Studio. So the experience inside that temple was mad! We did the Roots Radics and the Mighty Diamonds the same day, plus we recorded percussion, a duet with Bongo Hermann; for me, as a percussionist, it was a dream come true.

How did the reggae archivist Roger Steffens become involved in The Final Battle project? Are you friends?

I was thinking of him from the start for the prologue in the album's opening. A mutual friend connected us; we are friends now, and the fact that he loves The Final Battle is proof that my vision is embraced by critics too.

How did you meet Lee Scratch Perry? Did he bless the album, right?

Lee Scratch Perry was the first musician to sing on our album. He was in Argentina the next day that we recorded with Sly & Robbie. That is exactly what he said: “I am going to bless that record, come and take me from the hotel”. The next thing, all the magic happens!

Can you share with us a favorite reggae classic movie?

I loved Rockers the most! Gregory Isaacs, Big Youth, Jacob Miller with Inner Circle, Robbie and of course Horsemouth are all there. They were all together in 1979, a very good year for reggae and dub.

How do you work with illustrators and graphic designers such as Leon Gonzalez?

Leon Gonzales did the artwork of the Beatles reggae tributes and he is like a brother. It is always a pleasure and it is very fun to work with him, we understand each other easily. This is how the illustrations for HEMP and the Green Album, before the Final Battle, and other events we did, come together quick and fun!

What about the cover for The Final Battle, made by Ohoroho?

I sent the idea to him and he got it instantly, it was again very easy. I love working with visual designers and illustrators, artists, especially when they love reggae like these did. When I see his love for my project and that he put his best in it, it’s clear we are doing something right with this music and album.

How do you feel about the special USA reggae scene? You collaborated with Soldiers of Jah Army and Grounation?
I brought SOJA aka Soldiers of Jah Army and Groundation for the first time and then several times to Argentina. We are like brothers and I love the USA reggae scene; I like Slightly Stoopid, Rebelution and Big Mountain among others. We have collaborated on some of my productions.

How do you find British reggae and dub?

I love British reggae; I love the Steel Pulse family! As a DJ, I have been playing British reggae since 1988. People love UB40 at parties. 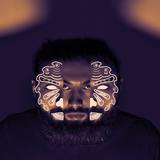 Mark Stewart of The Pop Group on the '70s UK political climate, the films of Andrei Tarkovsky, Patti Smith, experimenting in the studio with dubmaster Dennis Bovell and more.