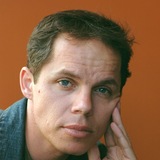 New Zealand born, London based journalist, critic, DJ and music promoter. He is the author of several books including Princes Amongst Men, More Miles Than Money, and Going For A Song.

Excavated Shellac: An Alternate History Of The World’s Music

Excavated Shellac focuses on music recorded across the non-Anglo world, offering a taste of the music being made in myriad communities at the dawn of recorded sound.

A STORY OF GENTRIFICATION

The story of Andrew, the gracious Cypriot Barber from Peckham, south east London.

Song For My Father

As things return to “normal”, its likely most of us understand that some things will never be the same.