Following on the attention which the Turkmen Synth Folk mixtape has drawn over a year ago, and upon popular demand, here's the second foray into the music of Turkmenistan. This time, we are taken on a wonderful journey into to fascinating world of Turkmen Modern Folk.

In 1984, a young but talented and experienced musician and composer named Sabo Artykow toured Asia with the republican music group Gunesh. After his trek, Sabo came back with a Roland VP-330 vocoder – a musical instrument that would have a crucial impact on music history of Turkmenistan.

After leaving Gunesh, Sabo went solo and met Atabaý Çarygulyýew – a young and gifted singer who mostly performed traditional renditions of Turkmen songs. Both artists decided to assemble a duo: Atabaý would sing folk songs, while Sabo would arrange them. The mix of specific traditional vocal ornamentation and high tempo synthesised rhythms created a unique musical phenomenon. It was an impressive and dramatic change. The younger generations of Turkmen – who usually paid no attention to folk music and believed it to be outdated – were now heavily drawn to this new way of playing traditional songs.

Wedding parties were the main venues for the duo's performances. People quickly spread the word and shared tapes with live recordings of these two young artists. Soon, the whole country got to know who Sabo Artykow and Atabaý Çarygulyýew were. By that time, Sabo had extended his synthesizer setup with instruments such as the Moog Prodigy, Yamaha PS6100, Yamaha DX27, Korg Poly-800, Hohner E7, Roland D20 and others.

The duo's collaboration lasted from 1986 to 1989. That year, they decided to split – both went solo and further developed their own careers. Sabo started performing solo, as well as promoting other young artists. In 1990, Atabaý’s performance at the international festival Voice of Asia caught the eye of Peter Gabriel. Few years later, he released “City of Love”, an album made by the Turkmen super-group Ashgabat, in which Atabaý had the leading role. Ashgabat underwent successful tours in Europe, USA and Japan.

Such a huge international success inspired other Turkmen musicians to start their own careers. Weddings became the main venue for such synthesized local music, which can be named Turkmen modern folk.

Sabo Artykow was the musician who changed the sound of Turkmen music forever. He was the de facto inventor of vocoder singing in Turkmen music, memorable for his intensive hi-tempo playing and emotional performances. He arranged about 500 songs and left a huge impact for future generations of Turkmen musicians. Nowadays it is impossible to imagine Turkmen music without a vocoder device involved.

Atabaý Çarygulyýew was arguably the most famous Turkmen singer. After starting out as a wedding singer, he later gained tremendous success inside and outside of Turkmenistan. Awarded with the title of People’s Artist of Turkmenistan, he was an iconic singer, often referred to as the “Teacher” among younger singers. Atabaý’s sons currently perform their father’s repertoire to great acclaim.

Bally Hajyýew was another famous musician and singer from the city of Mary. His singing style, full of traditional vocal ornamentation, was a distinguishing feature.

Röwşen Hallyýew was a singer from the city of Gyzylarbat (currently named Serdar). He was memorable for his emotional and involving performances. 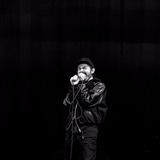