In this special episode of our Destinations Podcast, we travel to Eastern Europe to find out more about the music of Aromanians.

The Aromanians (or Macedo-Romanians) are a Romance ethnic group native to the Balkans. Traditionally they live in northern and central Greece, Romania, central and southern Albania, North Macedonia, south-western Bulgaria, Montenegro, Croatia with the Dalmatic Mountains, Slovenia with the Istrian Peninsula, and all Serbia.

Since the Middle Ages, due to the Turkish occupation and the destruction of their cities, such as Moscopole, Gramoshtea, Linotopi and later on Kruševo, many Aromanians fled their native homelands in the Balkans to settle the Romanian principalities of Wallachia and Moldavia, which had a similar language and a certain degree of autonomy from the Turks. These immigrant Aromanians became more or less assimilated into the Romanian population.

In the past years, there has been an increasing effort in Romania, both by Aromanians and by Romanian lawmakers, to recognize the Aromanians either as a separate cultural group or as a separate ethnic group and extend to them the rights of other minorities in Romania, such as mother-tongue education and representatives in parliament.

The term Vlachs is used in Greece to refer to Aromanians, but this term is internationally used to encompass all Romance-speaking peoples of the Balkans and Tatra Mountains regions.

Aromanians speak the Aromanian language, a Latin-derived vernacular very similar to Romanian, which has many slightly varying dialects of its own. It descends from the Vulgar Latin spoken by the Paleo-Balkan peoples (Latinised Dacians for example) subsequent to their Romanization. Aromanian is a mix of Latin and post-Big Migrations domestic language with additional influences from other surrounding languages of the Balkans, mainly Greek, Albanian, Macedonian, and Bulgarian. 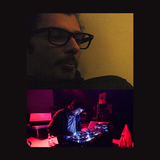 Dragoș Rusu is co-founder and co-editor in chief of The Attic and all-round music adventurer.

Victor Plastic is a media archeologist and cultural historian based in Bucharest, with a strong focus on Romanian music.