Since the late 1960s the electric guitar has been adopted and transformed by musicians across the Caucasus. Inspired by traditional genres, such as the courtly mugham and the songs and tunes of ashiq bards, guitarists in Azerbaijan have developed a unique sound, new techniques, and styles of playing.

Through studio tracks, field recordings, and bootlegs of live performances, this mixtape is meant to serve as an introduction to just some of the different eras, styles, and musicians that have helped to define the genre.

The mixtape, in collaboration with Radio Is A Foreign Country also coincides with the release of a tape of archival recordings by the Azeri guitarist Rustem Quliyev on Mountains of Tongues label.

Mountains of Tongues, founded by ethnomusicologist Ben Wheeler and anthropologist Stefan Williamson-Fa, have spent the last seven years traveling across the Caucasus region making recordings and collecting examples of lesser known musical traditions. Through selected samples from their hours of field recordings, coupled with carefully curated tracks from a personal archive of collected LPs, tapes, CDs, and home VHS recordings from across the region, their live shows present a unique and vibrant take on the soundscapes and cultures of the Caucasus, highlighting the music's diverse forms and settings and the local musicians that make all of it possible.

Whether it's lo-fi bootlegs of Azeri guitarists, the vocal gymnastics of Gurian polyphony, blaring Yezidi woodwinds at an engagement party, auto-tuned Dagestani techno, circling Chechen Sufi rituals, or vintage Yamaha synthesizers accompany songs in isolate languages, Mountains of Tongues presents music at the intersection of the modern/traditional, the participatory/presentational, and the sacred/secular.

Rustem Quliyev was born in 1969 in the village of Kosalar, Nagorno Karabakh. At the age of seven he had already mastered the tar before moving on to play the saz. He first encountered the guitar whilst doing his military service for the USSR in Russia and quickly made a name for himself as a guitarist after returning to Azerbaijan. During the early 1990s, after years of intense fighting, he had to flee his home due to the conflict in Karabakh and settled in the capital city Baku where his guitar playing took on a new character. Here he played at weddings, made TV appearances and recorded numerous cassettes with small labels in the city.

Rustem's guitar playing not only drew on the rich traditional music of Azerbaijan but his thirst and passion for music also meant that he incorporated styles from across the globe into his repertoire- from Bollywood disco tunes and Afghan pop songs to Iranian street melodies and Spanish flamenco. He crafted a unique sound within an already idiosyncratic subculture of Azerbaijani electric guitar music. Sadly his career was brought to a sudden end in 2005 after a short battle with lung cancer. His music, however, lives on remaining popular throughout the country. 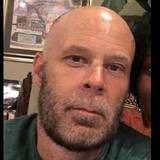