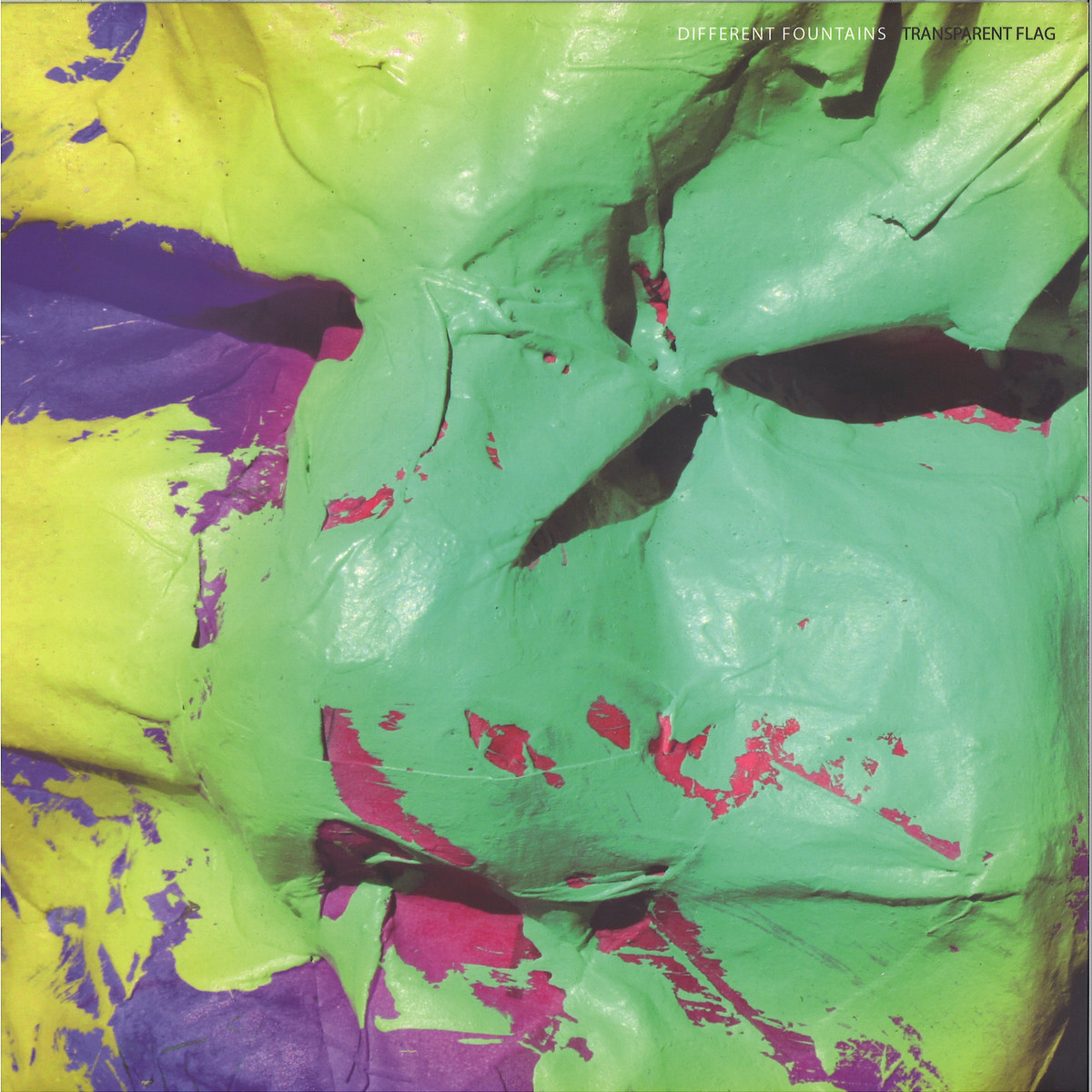 Different Fountains began as a duo project in Brussels, some ten years, by Venezuelan Bernardo Risquez and Austrian Michael Langeder. So far, the duo has released two albums, including the 2019 Transparent Flag and a few singles and EPs, out of which one may lend an ear to the Organism series.

They also concocted the term “soulcore junkpop” for their music, a more personal description for what websites like Discogs use more abstract and encompassing terms, such as IDM and Leftfield.

Soulcore junkpop is an apt term for Transparent Flag: when you listen to it, you realize it features glitches and snippets that have been and are overused, yet, on this album, they are deployed to deliver pop melodies and ambient soundscapes that have a soul underneath their rhythms and layers.

Jobs Job starts off the album with an ambient keyboard, over which glitches of a violin buzz intermittently. It serves more as an intro to the album, leading to the next track, Vein Satori, which is more dynamic and keeps the listener in suspense, as various electronic sounds gather more and more. The initial rhythm soon turns into a polyrhythm, reminiscent of Gamelan music. Only it soon becomes clear that this is no traditional Indonesian music. It is ambient-like and danceable at the same time.

Gammon, the third track, is built on electronic beats, enriched with snippets of electronic percussion and sounds effects. The second half of the song sees a change in tempo, with a melodic beat replacing the initial rhythm of the song. Again, like with Vein Satori, this is abstract and danceable at the same time. Only different.

Lay Brewery is a short interlude, which functions more like an exercise in percussion (electronic and tribal). It reminded me of Bill Bruford’s song Five Percent for Nothing, from the Yes album, Fragile: complex, yet too short. Written Smitten is made up of chit-chat, beats, and a repetitive electronic melody which changes toward the end of the song, as added effects become more poignant.

A similar recipe is used for the title song, Transparent Flag, but the mood changes: tribal and electronic percussion is used as a primary sound vehicle, upon which sonic layers are added, one by one, until the very end, when all sounds dissipate into cosmic bliss. Abstract and tribal are the key-words for this song, of course if anyone really wants to squeeze all the sonic snippets that make up the song’s world into only two words.

Tpos is a personal favorite. It is the only song on the album to feature any actual lyrics, but what lyrics! None other than Samuel Taylor Coleridge’s The Pains of Sleep is on display here. As the stanzas are recited one by one, the rhythm changes. Was it to complement the fact that the poem is written in different rhymes, that change as it progresses? Who knows? But it sounds great. Perhaps such a song is best enjoyed without any literary analysis, but I could not help listening to it with the actual poem up front, and I was left with a question: why do they leave out the final verse “And whom I love, I love indeed”, but repeat three times the last part of the last but one verse: “To be loved is all I need”? The song does not finish after the poem is recited, but it carries on for one more minute. But, anyway, that’s just the geek in me. Just listen to the track and find your own answer. The sounds Different Fountains weave around this poem are nothing short of brilliant: simple, abstract, and flowing perfectly.

After Tpos, I did not even try to understand the vocal part in Arson, it just mingled with the beats and glitches and carried the song forward like a slippery snake toward an unknown ending.

Muppet features a hypnotic pattern, over which various electronic sounds emerge occasionally, to form an asymmetric rhythm, which is cut short by its bombastic one-note ending.

Ohcocopee finishes the album with an ambient percussion, which gives ground to echoed chanting. This fades away, leaving only barely audible glitches of percussion.

I listened to the album in digital format, and, luckily, my audio player was on repeat, so there was no ending to the album, as Jobs Job started again. When you listen to the album, do yourself a favor and don’t do what I just did here, that is try to analyze and dissect it in words. Just enjoy it, this is one of the more rewarding recent experimental dance albums out there.

Oh, and I almost forgot: great artwork by Bert Jacobs, as well. It complements the album splendidly, as it employs a similar art to that of the music: namely, it uses light, shades and colors, to reveal an image which becomes more detailed, the more you look at it.