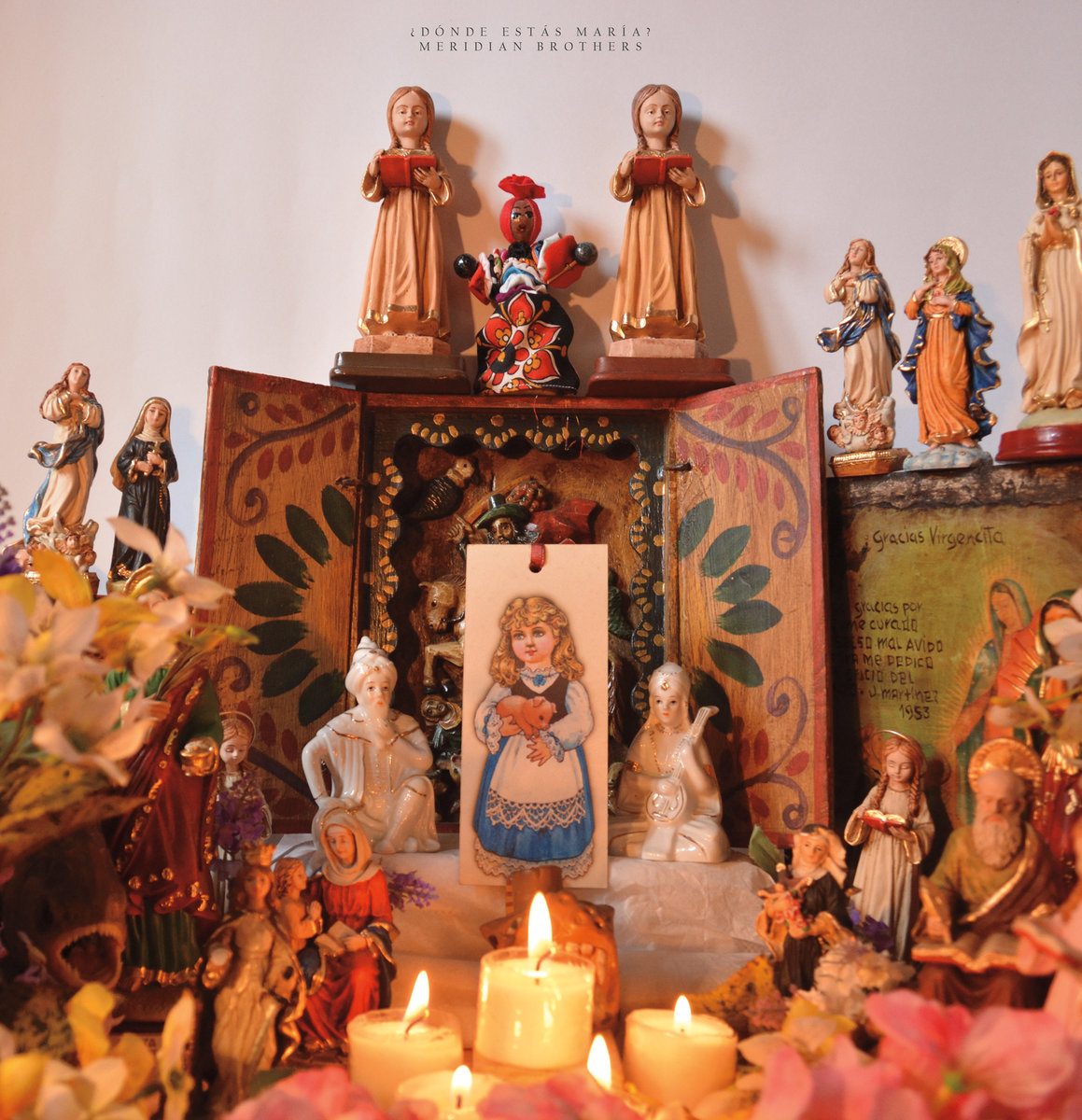 Colombian musical mistfits Meridian Brothers will release their fourth album on Soundway Records this September, taking their tropical heritage to a new dimension.

Just as the group's background can be traced back to 1998 under the direction of Elbis Alvarez (this is actually his seventh album under the Meridian Brothers alias), so can their music be pursued back to it's provocative roots.

¿Dónde estás María? is a fickle record, in which the arrangements manage to spark a soothing yet swinging mood that depicts the conflicted history of Cumbia music. Cumbia is basically the musical backbone of Latin America that grew throughout the 20th century into a cultural phenomenon that was appropriated and subjectively managed from the Atlantic and the Pacific coast, to the Latin communities in North America.

Cumbia's complicated but fruitful history serves as a liant on which Alvarez has constantly built new musical ideas without wondering off. Rather than orientating towards imported sounds (as it has been the case with South American musicians in the ´50s), he implements nuances outside of Cumbia in a way that develops the music organically. This makes Meridian Brothers a constant experiment that takes the dynamic rhythm and plays with it on all sides, laying a pattern for a new type of openly-traditional music.

I find this to be arguably a true form of psychedelic Cumbia, the guitar fuzz from the 1970s that it is usually associated with it being eclipsed by more imaginative approaches, which include Alvarez's long history as a cello player. From the title track of the album, throughout the whole ten piece record the cello has many instances, setting themes, stressing Colombian inspired synthesizer melodies, and even pushing poly-rhythmic.

¿Dónde estás María? ingeniously tackles an array of socially influenced lyrical and musical themes. Mixed within a broad framework of influences, it gives each track a unique zest.