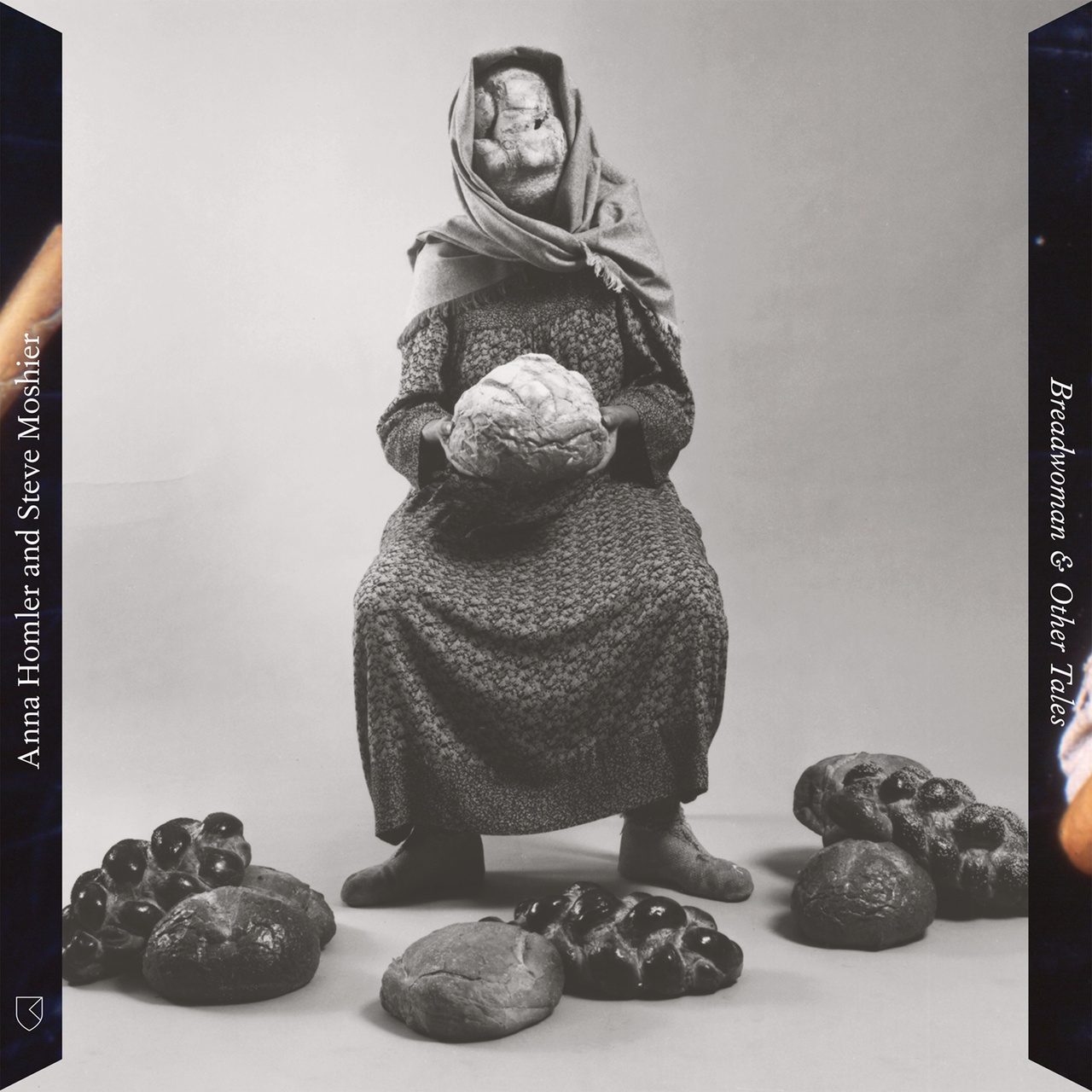 Breadwoman & Other Tales has the feel of freshly resurfaced collected recordings from a forgotten tribe. It is in fact the organic collaboration between Anna Homler and Steve Moshier.

In her artistic practice, Anna Homler approaches visual arts, performance and sound art. In 1982, she assumes the role of Breadwoman and documents her magical speech in the form of rhythmic, melodic sound. The Breadwoman character is outlined as being so old she turned into bread. By positioning herself outside the space or time linearity, it is almost impossible to contextualize her. The project was subjected to a musical dimension when Steve Moshier joined in, complementing the recordings by composing, mixing and engineering the music.

Breadwoman & Other Tales is, dare I say, so much more than a musical project. How can such a fundamental need - that of singing or producing sounds - have such a modern approach to it? I think the answer here is its forward-thinking interdisciplinarity. The LP inhabits the skin of an intricate art project that enmeshes artistic mediums such as performance, photography and music, while investigating language and its systems.

Anna Homler tackles language by inventing a new one, completely displacing its conventional structuralism and meaning. Just by the simple act of opening her mouth and modulating the flow of air being expelled from her lungs, she delivers a plethora of haunting sounds, seemingly impossible to discern, far from any language known to us.

The sounds she produces indeed suggest a vocal construct akin to the wisdom of an old woman and the naïveté of a little girl at the same time. If you really feel the need to pinpoint it, it could resemble shamanic rituals, with their inherent primal and earthy qualities. This invented language reaches such a level of musicality that it is easy to blur the fringe of contact between music and language.

Roland Barthes underlined this idea in his series of interviews called The Grain of Voice. He argued that this very precise space, the encounter between a language and a voice, which he calls “the grain of the voice”, occurs when the latter is in a dual posture, a dual production - of language and of music.

Steve Moshier manages to give birth to some sort of ritualistic mythical electronica, powerful yet subtle, so as to not drown Breadwoman’s enthralling melodies. He uses her voice as a sonic element, interweaving its meshes with the warmth of analog sounds.

The sixth piece, Sirens, stood out to me the most. It is engulfed in a reverberating primordial screech, reminiscing of the eerie sounds the sirens use to lure sailors into certain death. The effect of this one is disarming. I will let you discover by yourself the rest of the pieces. This is a unique musical journey into thought, to be carefully listened in its entirety.