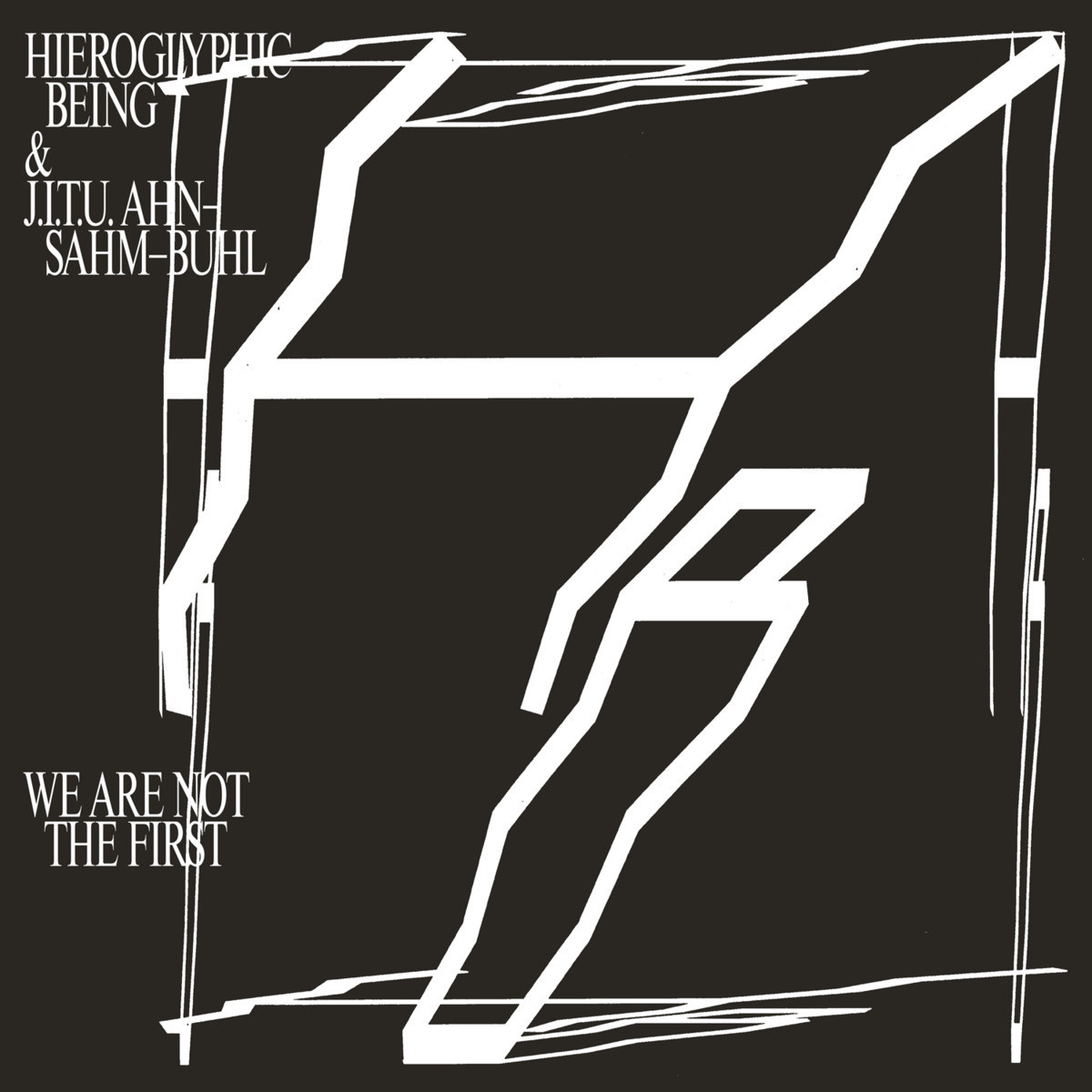 From apes to cybernetics, following the thread of human intellect as a history of civilization, the new Hieroglyphic Being record is an ambitious noetic saga to reflect on serious topics derived from sonic inquiries on the human condition.

Chicago afro-futurist and electronic experimentalist Jamal Moss aka Hieroglyphic Being declares the cosmogonic game open by intonating a laconic invocation, in which words act as a rhythmic device, weighing with density and meaning over an alluring cloud of jazzy improvisational phrases. The tension in each word being declaimed reveals language as a primordial consequence of magical thinking. Moss intonates about altered states, chromosomes, evolution, primordial ooze and primates, amidst a collision of chthonic, tribal percussion and cosmic electronic elements. The free improvisation part is chaotic and primitive, even interrogative at points.

“Civilization that is Dying” had me go back and listen to the second movement on Shostakovich’s Death Symphony (no 14), on a rainy afternoon for - apparently - no particular reason; the one where a high pitched female voice intonates the sentence “Death has come”, having your pulse pause for a freezing instant. The vocals intonated by Shelly Hirsch on this second album track are apocalyptic and anguished, and it is not a pleasant, or accessible melody. Civilization dies a modernist death against the ticking of an electronic time bomb. The whole ensemble of Ahn-Sahm-Bul wails and screeches as a mourning cohort while Hirsch utters something like the agonizing last words of language itself, impersonated.

“Cybernetics Is An Old Science” is an axiom of rhythm. Exploring the similarities between industrial, techno rhythms and tribal percussion is not a new thing in today’s electronic music - what is peculiar about this is how the ensemble part fits into this hybrid. It brings a free, unruly human touch to the dark and punchy beat per minute norm.

“Brain Damage” starts off perfectly disguised in your typical polemic free jazz jam, but unsuspectingly, a mechanic beat takes over making it impossible for this to go on as an intellectual listen to stand still to. The whole album revolves around finding perfect balance between these worlds - static and momentum, passive listening and uncontrolled rhythmic movement, highbrow reflection and club ritual dancing.

“Fuck The Ghetto / Think About Outer Space” is a personal favorite - it brings together ghetto wisdom, feeling, street poetry, Hyperdub vibes, electronic madness and mind-expanding lines delivered with a ballsy attitude that both compels and challenges. It has nerve and it picks on your daily ennui, disrupting the modern-day paralysis we often get caught into as inhabitants of this space, be it inner or outer.

“Universe Is A Simulation” is another variation on the idea of space and wisdom. It’s pretty hard to devoid this term of its Baudrillard-ian meaning, which would make this a track about “the simulacrum never being that which conceals the truth, but the truth which conceals that there is none.” Four minutes of geek, cosmic electronica act as the sample of how the machine that would simulate this simulated universe would ultimately sound like. At an almost veiled intensity, sax cues haunt this machinery of symbols and signs replacing the real.

“Pussy Thumper”, whatever the idea behind the track title was, is less about trolling and makes for a pretty cool loop. It is quite different from the album’s conceptual make up, which is more visible in the next track’s structure, “Cimetière des Innocents”. “Root of” is a spoken, breathless delirium revolving around all the questions left and a return to primordial instrumental chaos from which this journey starts. It’s a good reminder of the fact that what we are listening to is a process of gnosis and not a compilation of independent tracks.

“We Are Not The First”, the 18 minutes long eponymous piece, is a mind-bender that takes its time with establishing a groovy narration that goes from Krautrock hints to improvisational, abstract jazz and computer music. The bass line is entrancing and cunning, and it conducts the controlled chaos of horns and space frequencies into insane variations. This might as well be the conclusion of the whole saga, the perfect formula of having the man and the machine strike a harmonic chord together.

Among Jamal Moss, the ahn-sahm-bul that lead us so far through this techno-acoustic reconciliation of substance and impulse, consists of names like avant-garde jazz legends and saxophone virtuosi Marshall Allen, Daniel Carter and Elliott Levin, drummer Greg Fox, Shelley Hirsch vocal exorcisms, Shahzad Ismaily guitar and bass mad genius (also one of the veterans among the lineup of Secret Chiefs 3, so go figure), Rafael Sanchez, and Ben Vida (Bird Show). This seems like the type of literate crowd that, if locked into a room and invited to talk about human history, consciousness and spirituality, they would go on forever. I think that with this album it was quite the same, and that is why it concludes with a track, named as the record, which is a record in itself.

1. Apes & Ages
2. Civilization That Is Dying
3. Cybernetics Is An Old Science
4. Brain Damage
5. Three Days More
6. Fuck The Ghetto / Think About Outer Space
7. Universe Is A Simulation
8. Pussy Thumper
9. Cimetière des Innocents
10. Root Of
11. We Are Not The First