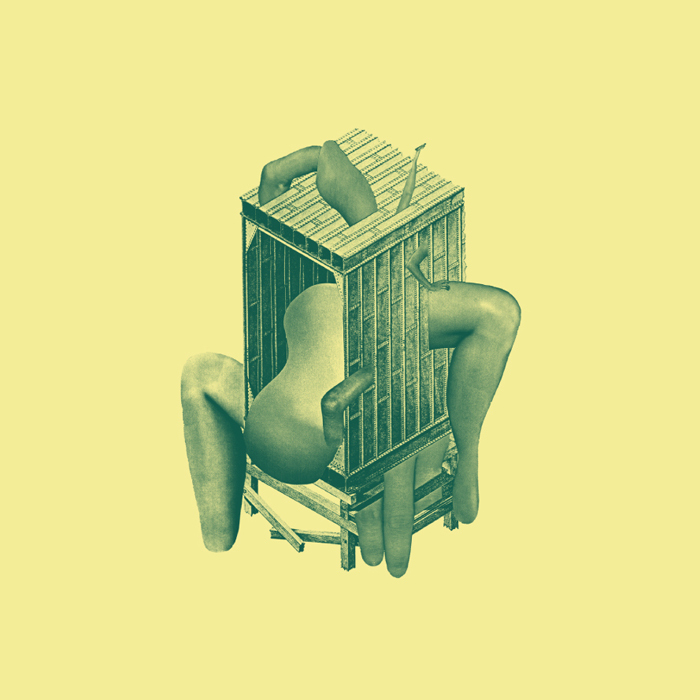 Tomaga is a new and exciting London based project consisting of musicians Valentina Magaletti and Tom Relleen. The project debuted in 2013 with a release cassette called ‘Sleepy Jazz For Tired Cats’, followed by a very well received album in 2014 - Futura Grotesk - out on the French label Hands in the Dark.

Their unusual sound is made up of minimalist compositions which are darkly psychedelic, elusive and deeply imbued with soundscapes. But the music story of Tom and Valentina began way back, each of them having played as musicians for many years in bands such as Shit N Shine, The Oscillation, Neon Neon, Raime, Voice Of Seven Thunders and others.

After their critically acclaimed debut album from last year, Tomaga is back with a cassette album, ‘Familiar Obstacles’, a two pieces (each 30 minutes long) LP, embodying an interest for concrete music, imaginary soundtrack and library music, released on London’s Blank Editions.

Both sides of the tape travel from deep atonal drones, indulging the listeners into a trancelike experience, to out of sync rhythms, constantly changing, in order to form a psychedelic kaleidoscope of sounds. This is a very intense listening experience, especially if one is in search of something weird, dreamy, repetitive to hypnosis, new and unfamiliar, from a totally uncommon sonic palette.