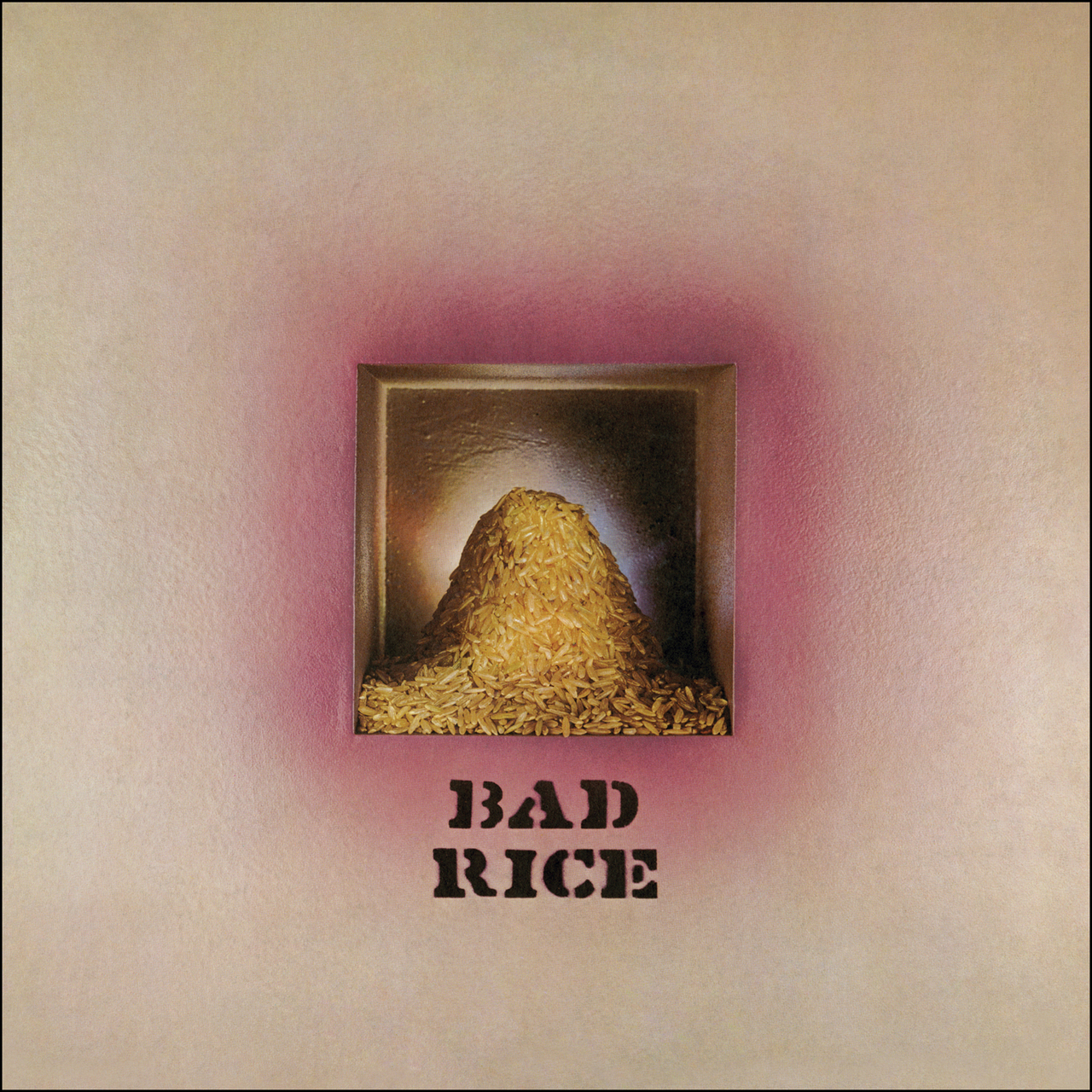 It’s hard to believe that it took this long for someone to make this outstanding album finally available on compact disc. I mean, seriously, this is a review that I should have been writing around the advent of the millennium.

While UK reissue specialists Edsel Records re-released Bad Rice on vinyl nearly thirty years ago, those with a penchant for digital audio playback had to wait until now for such an option. Considering that CDs currently occupy the same position in popular culture that LPs did in the late 1980s, one can’t help but wonder if this deluxe edition will help the album attract any new fans whatsoever. A cursory investigation of iTunes and Amazon reveals that it is still not available for purchase in MP3 format, which suggests that most buyers will be old geezers who actually still collect compact discs and are already familiar with the arcane pleasures of Ron Nagle’s musical masterpiece. Even if this is a lost opportunity to attract younger historically minded listeners in an official capacity, there are always music blogs and torrents to help spread the gospel of Bad Rice.

Nagle’s relative fame results primarily from his work as one of America’s leading ceramicists, with musical pursuits having generally taken a back seat to his abstract sculpting endeavours. The material he recorded as keyboardist and leader of first-wave 1960s San Francisco group the Mystery Trend has always been more historically significant to my brain than aesthetically pleasing to my ears, so I was a bit taken aback by the extent to which I came to love Bad Rice after belatedly scoring a used promotional copy of the LP several years ago. During an initial listening session, the realisation dawned on me that my ambivalent feelings toward the aforementioned Bay Area outfit resulted overwhelmingly from the limitations of Nagle’s bandmates, as opposed to any musical shortcomings on his part.

Originally released by Warner Brothers in 1970 (and quickly relegated to the cutout bins), the album displays a tremendous amount of musical variety with ass-kicking rockers such as “61 Clay,” “Marijuana Hell”, and “Sister Cora” alongside ballads “Frank’s Store,” “That’s What Friends Are For”, and “Delores”. And then there are numbers including the steel guitar-infused “Somethin’s Gotta Give Now”, the solo piano showcase “That’s What Friends Are For” and the incomparable “House of Mandia” thrown in for good measure. While the arrangements (courtesy of producer Jack Nitzsche) differ greatly from song to song, they are united by Nagle’s singular vision and memorable vignette-like lyrics. Throughout the proceedings, his underrated keyboard work and zesty vocals provide the glue that holds these remarkable performances together.

Up-and-coming independent label Omnivore Recordings has not only done a superb job of making this cult classic available to a wider audience, they have also considerably enhanced Bad Rice by including outtakes (the sublime “Berberlang” and “Francine”) from sessions for an aborted follow-up album, alternate mixes of “Frank’s Store” and “Delores”, and a pair of truly bizarre radio spots. And those are merely the bonus tracks on the first disc. On top of all that, this reissue features a second disc titled Pre-Cooked / Converted: The Bad Rice Demos that actually stands on its own as a worthwhile listening experience. The tracks on this CD include material recorded between 1968 and 1973, nearly all of it previously unreleased.

With the exception of a rough draft of “61 Clay” (which appeared earlier on Big Beat’s Sing Me a Rainbow: A Trident Anthology 1965-1967), none of its featured songs made it onto the album in any capacity, although several of these run-throughs - “Wasted Paper”, for example - were taped for consideration. Other cuts feature Nagle with his post-Mystery Trend band the Fast Bucks, while others still date from the period after Bad Rice had been released and quickly forgotten by an indifferent record-buying public. As with the eleven titles that constitute the LP itself, these performances vary drastically in presentation and range from bare bones piano-and-vocals-only settings to full-scale ensemble productions.

It took me a little while to warm to these less-polished compositions, but by the time I had gotten to the final two tracks, “Alice Valentine” and “Saving It All up for Larry”, I wanted the music to keep coming. Many deluxe versions of reissued albums classified as essential (or retroactively recognised as such) feature additional CDs that include early renditions and alternate takes of the official versions of the songs. Most collectors that I know listen to these discs once and file them away never to be heard again. I suspect that for many, such will not be the case for The Bad Rice Demos.

The fantastic job that Omnivore has done with this project is not limited to the music itself. Any time that a label can bring aboard vintage San Francisco rock authority Alec Palao to handle the reissue production duties is always a good sign. (I was pleased to hear about his initial involvement a few years ago when it was rumored that late lamented Rhino Handmade would be reissuing Bad Rice before their unfortunate demise.)

However, when it’s also possible to recruit fellow Bay Area music expert Gene Sculatti to pen the accompanying notes, absolute excellence is all but guaranteed. His accompanying scholarship does not disappoint in the least and provides exhaustive details on everything you could possibly want to know about the album but were afraid to ask. And yes, that includes the story behind its enigmatic title. My only complaint with this set is the same that I’ve had with other similar reissues. That is, it sure would have been nice if Omnivore had also released a two-record vinyl version of Bad Rice deluxe.

Well, at least the Demos CD gives my Blu-ray device something to do other than play movies.