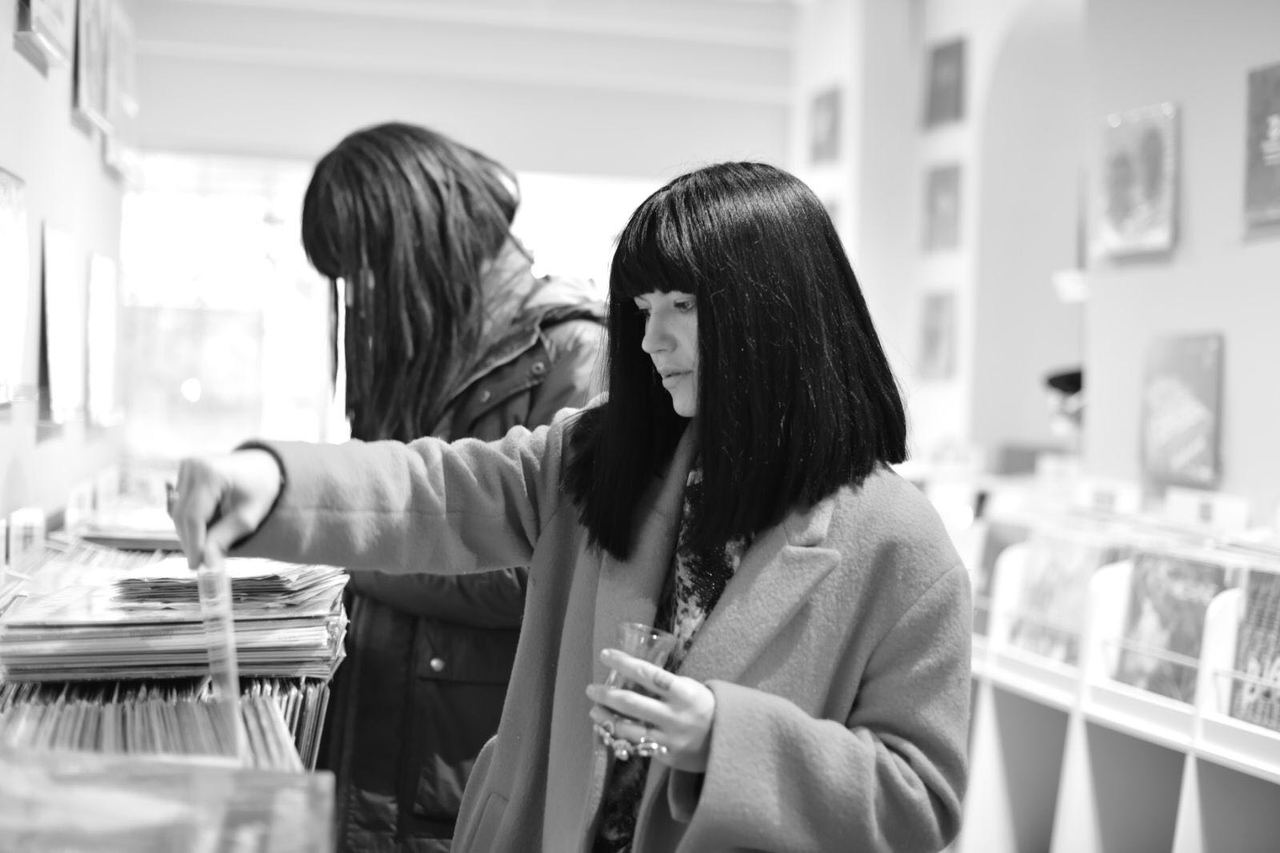 Khruangbin - A Story of Houston

Houston is a city known for its major contributions to the space exploration industry, NASA’s Johnson Space Center, petroleum industry and the largest annual livestock show and rodeo in the world. Houston was the first word ever spoken on the moon. It seems like it also could have been spoken on the beginning of Khruangbin's trio debut EP cassette from 2010. The three tracks with their quivering sounds of the guitar and drums are the first recorded songs of Khruangbin.

Their sound resembles a kind of imaginary journey into South Asian psychedelia of the 70s. Inspired by Thai-funk, Persian psychedelic pop & rock, or Caribbean zouk, the trio's music is reflecting a mix of various exotic ingredients as well as surf rock and psychedelia.

The Sound of Houston 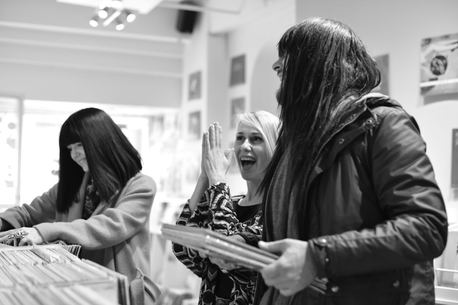 Digging with Khruangbin. Photos by Tara Demercioğlu and Yusuf Sefaoğlu
Comprising over 2 million inhabitants, Houston's demographics are made of 31% non-Hispanic whites, 42% Hispanic, 19% African-Americans, 8% Asians or other, according to the 2018 survey conducted by the Kinder Institute for Urban Research. The polyphony of modern metropolis is the natural soundscape for Khruangbin. Each member of the trio, Mark Spencer (guitar), Donald “DJ” Johnson (drums) and Laura Lee (bass guitar), brings a different cultural background, confirming that their hometown is a multicultural patchwork.

Houston's sound is also naturally rich thanks to the presence of gospel, funk, break beat and hip-hop music, which is mainly contributed by its African-American population. Although Houston would probably never be the city that it is, if not for Kashmere Stage Band – arguably a powerful and influential school band. Established by Conrad O. Johnson – a Houston based music educator – Kashmere Stage Band brought to the city the plethora of musical genres of the 70s. This local school band dominated local, regional and national competitions in the most significant way, winning 42 of the 46 contests between 1968 and 1977, and empowering the American music scene with forward thinking musicians for decades. Director Mark Landsman brought the phenomenon of Kashmere Stage Band back in his mesmerising music documentary “Thunder Soul” (2010).

Khruangbin guitarist Mark Spencer learned to play guitar when he as just a kid, without any guidance of a professional music teacher. His musical education comes from summer jazz workshops in Houston, put on by Kashmere Stage band educators - Conrad O. Johnson and Bubbah Thomas. The Baptiste Church in Houston, where Mark Spencer and Donald “DJ” Johnson actually met, has been an important hub for Houston musicians. Both Khruangbin members played there for about 10 years, performing every Sunday for about 3,000 churchgoers. The importance of gospel tradition in Khruangbin music is significant, allowing them to hone their chops and bring their techniques to the highest level. “The job was good, paid well and you had so many amazing opportunities to play with top musicians. Only the best musicians get this job. When the church band is created in a good way, with devoted and well paid top quality musicians, the congregation is satisfied”, Mark Spencer explains. Their experience in delivering music for religious congregation allowed them to incorporate it into secular performances – their track “A Hymn” from latest album “Con Todo El Mondo” takes inspiration from Bach and Handel. 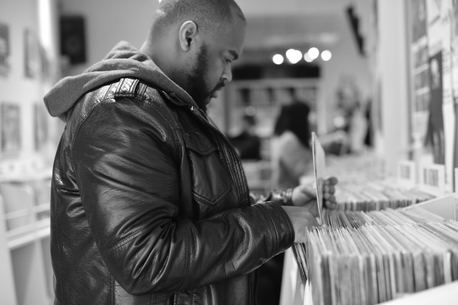 Digging with Khruangbin. Photos by Tara Demercioğlu and Yusuf Sefaoğlu

Large-scale Asian immigration to the Houston metropolitan area, particularly during the '70s and '80s, must have played a significant role in diversifying the musical soundscape. Indian, Chinese or Vietnamese immigrants played their traditional music in various bars and restaurants, and this is how the Khruangbin members were first introduced to the music, scales and rhythms coming from South Asia. After years of soaking in the polyphonic soundscape of Houston, they started to explore music beyond their hometown’s horizon.

It seems that the exploration of unknown landscapes always starts with your own playground. The urge to find something different is fed by finding similarities or variations of the things one already knows. All Khruangbin members put on their own individual backbone into the band. Johnson mentions Berry White’s Your Sweetness Is My Weakness (1979), as his first significant musical memory: “I was so fascinated by the cymbals crashes in that song. I remember we were listening the album at home with my mom and I was constantly practicing and waiting to play this moment on my drums. Imagine, I was playing on a tiny drum set as a little kid and playing along with Barry White. I still play with Barry White records. That is my background”.

Besides being busy with Khruangbin, Johnson is also half of the Houston hip-hop production duo Beanz N Kornbread, and he used to work with Paul Wall, Slim Thug, and Z-Ro. He sees himself as the “American core of the band”, while it is Mark Spencer and Laura Lee who are said to be the crate diggers. Lee’s very first musical memory is her grandmother singing “La Mucura” just before her bedtime. “She tucked me in, dancing with her hips and a perfectly still upper body. It used to make me smile so much.” Lee’s Mexican heritage have been feeding her musical imagination for years. The new album Con Todo El Mundo is a literal expression from Lee’s grandfather, who kept asking her “Cómo me quieres?” (How much do you love me?). The only response he could accept was: “Con todo el mundo” (With all the world). Lee is educated as an art historian, but she has been searching for musical and cultural connections for some time, and it is the exploration of music from Afghanistan that introduced her to Mark Spencer, who was researching Middle Eastern music at the time.

For Spencer, who now delves into records on every occasion, it all started with one of his mother’s albums. Among mostly Western classical music, there was one record by the Psyche Belarusian folk band Pesniary which stood out of the collection. Years later he met DJ Sun – a radio producer and record collector from Houston, who made him realise that the Eastern European album from his parents’ house could be a part of a record library of obscure gems and hard-to-find samples.

Sharing music led them finally to the idea of making their own band, and Donald “DJ” Johnson was a natural choice to be drummer. “As a drummer, I’m trying to incorporate break-beat, hip-hop and beats. We take that and mix it with international sounds, scales and melodies delivered by Mark and Laura. This is the sound of Khruangbin.”

Deform Record Store in Istanbul may be a proper place where one can stumble upon Khruangbin. It is one of the oldest shops in European side of Istanbul and a popular spot to look out for music. Unlike some other stores in Istanbul, it has a large collection of records from around the world: rare LPs and 45s from Turkey share their place on shelves, with a wide selection of Eastern European, Middle Eastern and African records.

“A friend of mine told me about ‘Awesome tapes from Africa’. The blog was like a total hipster Mecca those days. And that one took me to other music blogs,” Mark Spencer recalls. Whenever a topic of Thai influences in Khruangbin music appears, the band give credits to a Thai music blog called Monrakplengthai (I love Thai Music), with tape recordings from the '60s and '70s.

When one follows bloggers and record collectors, one presumably agrees to trust their direction and knowledge, but it is usually only the beginning of one's own path of musical exploration and discovery. “We do digging while we travel,” Spenser explains. “Travelling means for us to experience music as deep as it is possible. Going to record shops is one of the ways. This is what I was doing it a lot in Thailand.” Unearthing music in Istanbul seemed an organic part of their Turkish experience. The choices they made are based on a wide range of their musical fascinations – all one can already hear in their tracks and all that might appear in future albums. Oriental melodies blended with zouk, afro-disco, surf, soul, and funk are what might expand the sound of Khruangbin beyond the international level. 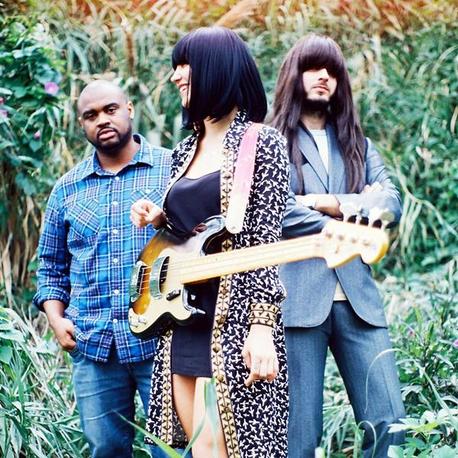 Khruangbin is often called a modern Thai Funk band that incorporates African and Far East elements to their music. This label got stuck to them and has been mentioned repeatedly, exposing them to questions about cultural appropriation. “We get this question quite a lot’’, Johnson recalls. “All of us come from different backgrounds. I am African-American, my deep family origins connect me to Africa. So if someone asks me how can I incorporate African music, I can say that I am [of] African descent. But that is not the point. The band is formed to explore music and to pay attention to music that in most cases is still unknown and undiscovered.”

Listening to the band’s albums and understanding the history of fusion in music can easily refute the false idea about Khruangbin as a Thai Funk band. “No one is Thai here and we are not trying to be Thai. But there are crazy Thai bands that we know. And we want to highlight them; we are saying check this Thai Funk. What we play is not a Thai Funk - we got simply influenced by it”, Johnson adds.

Khruangbin’s recent success is reflected by the recognition and admiration they received from music enthusiasts all around the world. The essence of their sound seems to be “remix culture – that is what we are doing. If it was prohibited, hip-hop would have never existed. The whole premise about music is to take something existing and make it new, to flip the record and turn it into something new. Reach back, but look forward!” 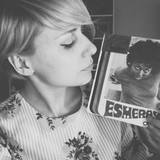 Polish DJ, record collector, music writer, curator, compiler and anthropologist, residing between Kraków and Istanbul. She is the founder of Ladies on Records – Female music from 60s and 70s project, exploring women music from Middle East and beyond. She is living in Istanbul since September 2015.

What a relief and a celebration: to be back in total lack of control.