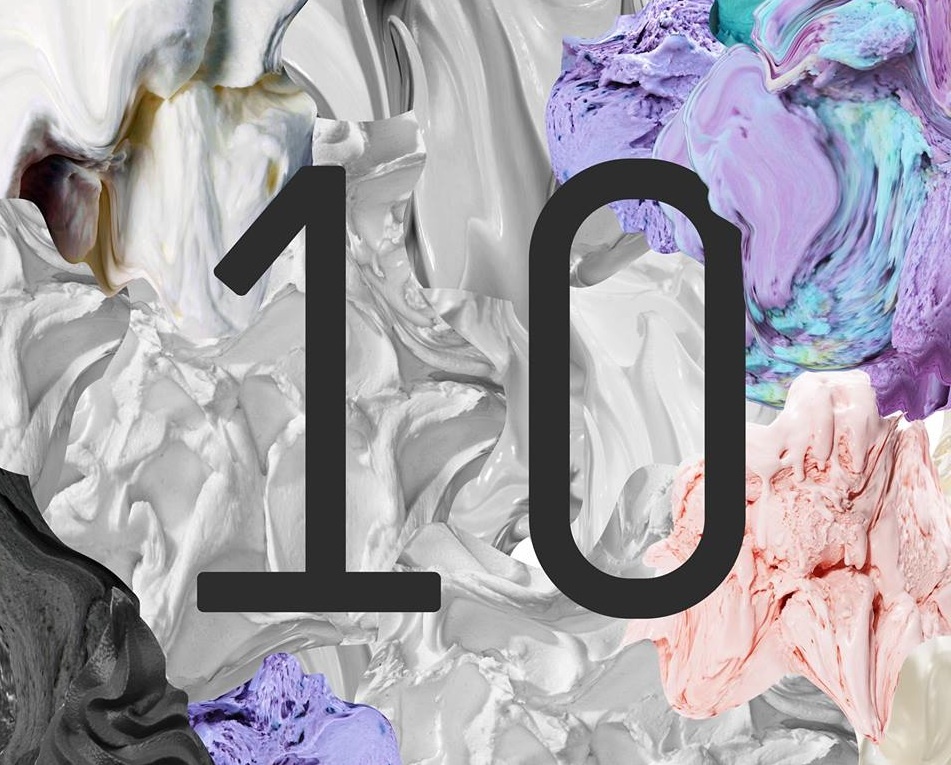 Rokolectiv Festival - a decade of adventurous music and visual arts

Ten years ago, electronic music was quite a plane concept on the underground clubbing scene of Bucharest. As there were no real alternatives to what was already on the bill, most of the people were attending the same events made by the same promoters; back then, the music wasn't as diverse as in recent years. And then, some guys appeared on the map and, without really planning it, they shaped an alternative scene for electronic music in Bucharest.

Cosmin, Mihaela and a bunch of their friends started Rokolectiv exactly ten years ago. Right from the start, the line up was very different from what other promoters were doing. Actually, Rokolectiv never placed itself as a commercial festival or a money-making event. It was all-just about music. We could see some artists and bands that were already active outside of the European music borders, but total strangers to the Romanian music scene. I missed the first edition, but I remember the first time I saw Noze in 2007, playing live over a huge mixer, at Preoteasa (a very modest and ‘’traditional’’ cultural hall/venue of Bucharest), or the laptop live-performance of the legendary electronic musician Thomas Brinkmann, or the American rising star Jimmy Edgar, or the French artist Feadz playing together with American diva Uffie, and of course, the French legend Pierre Bastien doing his weird mechanic music live act.

Over the years, Rokolectiv hosted over 250 artists, all from different parts of the world and related to music and visuals arts. By all means, we should mention Underground Resistance (2008), Jean-Jacques Perrey & David Chazam (2008), Pantha du Prince (2008), Mungolian Jet Set (2009), Etienne Jaumet (2009). 2010 was, for me, one of the most comprehensible editions of Rokolectiv, electronically. On the course of three nights, you could see mind blowing electronic acts like DJ Sprinkles, Juju & Jordash, Move D, Syncom Data, Nacho Patrol (one of Legowelt’s live projects), Omar S, Rochițe (a Romanian live debut), fresh rising star Motor City Drum Ensemble, the ''daddy'' Dan Deacon and much more.

As Rokolectiv was continuously expanding its horizons, there was no surprise to see in 2012 different kinds of electronic music acts, such as Hauschka, Maria Minerva, Disclosure, Koreless, DJ Rashad, DJ Spinn. Surprise guests continued to be a main concern of the organizers, so in 2013 we could see a legendary act comprising Burnt Friedman and Jaki Liebezeit.

But what really makes this festival so special is the group of people that it gathered together during these ten years. Over a decade, Rokolectiv succeeded in creating a real alternative music scene, characterized by a strange cohesion between the artists, the organizers and the crowd. Actually, a lot of the acts who played at Rokolectiv, became very famous worldwide, afterwards.

We got in touch with the main characters behind the festival - Cosmin and Mihaela - to find out more about Rokolectiv.

Do you recall how did you get to the idea of making a festival in Bucharest, ten years ago?

We were some very enthusiastic kids back then, wanting to “make things happen” in a culturally poor Bucharest which was starting to recover from the very long transition. We used to hang out a lot at The Web club, almost every weekend, as it was the only place in town featuring electronic music, our frustrations were high. We were just coming back after our cultural management studies in Belgrade and Paris and naively eager to put them in practice in the local context. Of course, things didn’t really work out like in theory and we decided to make the festival without any provisional budget or any previous experience. There was not much on the scene, except some very occasional raves, and a once a year experimental concert organized by some foreign cultural center. So we made the first edition of the festival in just a month in the pre-social network era, just with some flyers, word of mouth and some mails to our friends. It turned out not so bad for a very first try.

“We’ve been labeled “boutique festival”, a not very inspired term. We never wanted to grow bigger into a festival with a lot of stages and tons of artists on the lineups. ”

The connection between music and contemporary art was a concern of the festival right from the beginning, until present. How did this relationship evolve during these ten years?

Well, the demarcation line between the two became blurrier, back then the big scale videos and video mixing were just starting to become popular, the audio-video performances were very present. The visual aspect of the sound performances was starting to take shape and the image was not that present in our daily lives. Later, most of a/v shows became obsolete. We didn't want to make just a party, so we started to combine concerts with some contextual documentaries about sound, lectures, videos and installations. There was always a close relation between electronic music and other arts. Recently you see a lot of people from visual arts, doing projects in electronic music, so the two scenes intertwine more and more, there is a lot of concept and aesthetics involved in music today, in production as well as in performance. Some projects make sense, other are eclipsed by the aesthetics abuse. Let’s not forget that the music of now still relates to the “primitivism” of perception and emotion. Sometimes it’s more interesting to display art outside of its gallery daytime context, and expose it to a crowd quite curious and who doesn't take things so seriously.

Was there any music "philosophy/statement" involved, when you started the festival?

Not really, there was mostly a need and a naive enthusiasm; the festival’s “philosophy” was shaped over the years. Rokolectiv became a festival not focused on headliners or genres, but mostly an heterogeneous gathering of what we think is interesting on the international and local scene at the moment. We’ve been labeled “boutique festival”, a not very inspired term. We never wanted to grow bigger into a festival with a lot of stages and tons of artists on the lineups. When you have too big of a crowd it becomes uninteresting. It ruins the vibe and the intimate relationship between the audience, the artists, and staff. We try to avoid being an “over-curated” festival: there are a lot of them that look good on paper, but the reality is different. Of course there are some “directions” every year, like for instance this year we focused on non-western sounds and tried to manage to have a bigger feminine presence at the festival; there’s a very macho world on the scenes out there. 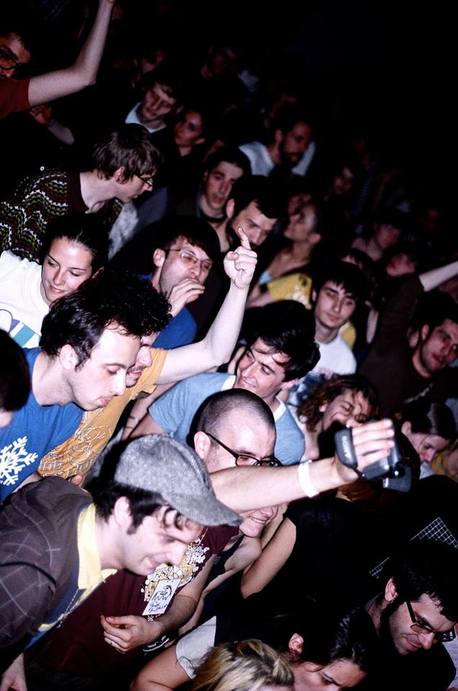 Past and future challenges

What were the main challenges of the first few editions of the festival?

I remember one of the most challenging editions was the one from 2010. That volcano erupted in Iceland exactly in the same week with Rokolectiv, and the ash cloud disrupted most of European air traffic. We started to panic that we will have no artists at Rokolectiv, we had to buy double tickets for each artist hoping that an airport on a different route would bring them to Bucharest. We made a sort of crisis cell with our travel agents, but finally all the artists arrived.

On what criteria were you choosing the guests and performers of the festival, in the beginning?

It’s a complicated process; there are no predetermined criteria. Rokolectiv is a heterogeneous festival, with no genre restrictions. It all starts with a big wish-list, after that it depends if the artists are available, if they fit the Rokolectiv context, if they fit the budgets or the festival slots. As you know, we don't have more then one stage, so the audience can concentrate on the moment. We’re not curators with unlimited budgets and doing everything from a pen strike, we like to keep the contact with the local audience and contexts. Most of the times we take risks, we book artists that we haven't seen performing live, we trying to keep the artistic standard high, but in the same time to make it work in reality.

It seems like the venue was also an important part of the festival. How hard was to find the right venues?

Well Bucharest definitively lacks medium sized venues. Its hard to find suitable places, but we are very pleased with our recent relocation to Halele Carol; it’s a historical-industrial building quite central and it has a slight churchy feeling. They used to make guns there 100 years ago, then safes and air compressors. The space where Rokolectiv takes place this year was called the “compressors hall”, now its more about audio compressions and social pressure.

What are the prospects for the future of the festival?

Well, after ten years, we still like what we do, we re not blasé yet - we didn't decide yet to move to the countryside and grow organic tomatoes. So I guess we’ll go on with it; recently, we got involved in a European scaled three years project called SHAPE, together with 15 other festivals from all over Europe, promoting fresh projects from emerging artists and making them rotate around. In September there will be a 2 days SHAPE showcase in Bucharest. Four of the SHAPE artists are featured in this edition of Rokolectiv.

*for the festival program, tickets, location and other information, visit the official website.

On the Trails of a Banned Language

The tradition of oral expression known as a dengbêjî, the job of a dengbêj – a ‘soundteller’– lies at the foundation of traditional Kurdish music and is the only path to survival of a language facing extinction.