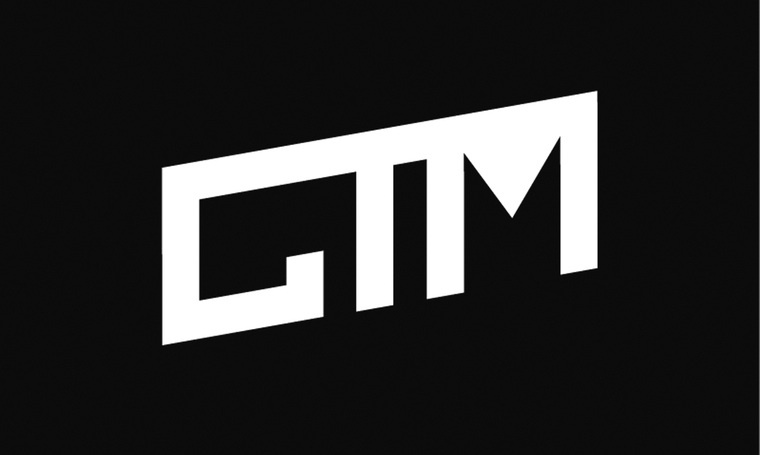 Berghain - not your usual buzzword for getting indications

I headed the infamous club Berghain at the odd hour of 5 in the afternoon, which is not a usual hour in the day to either leave a club, or to leave for a club. Apparently it was a good hour to catch the sound checks which only opened my appetite for the sonic mayhem that was about to break loose over the humans gathered there to exercise their open-minded auditory horizons.

I showed up at the info point in Ostbahnhof bearing an innocent face and multiple layers of black knitwear, asking how I could possibly get to a club called the Berghain. That confused the shit out of them. After some thinking they told me to get out of the station and turn left. I thought they just wanted me to get out of the station and I wanted the same thing. Hovering around the station asking for indications unsuccessfully, I avoided looking at my phone to see how I just missed the hour I should have gotten to the JK Flesh sound check but when I saw the crushing actual performance, I was glad that was the only version I witnessed for the evening.

It was past 6 PM and an alternative guy with huge headphones on his ears was the first to react at my question, as if Berghain was not actually Fata Morgana, but an actual club that can be pinned down on the map. I even took a picture of the map on his google-maps because I did not have Internet. Phone- driven space navigation on true meta-level. I told him about the CTM and he knew about it.

After being turned down from the Berghain twice over the course of Sunday night already, which was just two nights before, I was starting to feel like I should have gothed up a bit more maybe, no matter how unprofessional or awkward that would have felt given the fact that my purpose was truly and sincerely cultural.

“That feeling of raw anger and outsider rage pervaded the thick smoke in the room and everybody was moving to those loops thickly layered and fortified by the utterly sick vocals.”

This time all I had to do was press that button on the interphone that would get me in contact to the offices of Berghain. I met some guys from the CTM team and they were super-nice to me. Berghain may be a totalitarian enclave with its absurd administration of its own, but if you see the CTM logo anywhere around there then you’re on the right track.

I was so impressed to see how adept their stage managers and volunteers were in knowing about the artists, their projects, the latest news, and having a documented opinion even about the less known opening acts, mind-blowing nevertheless.

I greeted Justin Broadrick who just had finished the sound check and was heading to Kevin Martin’s place for dinner, because Kevin Martin moved to Berlin recently. I waited with the CTM people in the backstage, listening to the monumental walls around us vibrate to a serious tune of Austrian composer Elisabeth Schimana for the huge Max Brand synthesizer, an imposing machine (built by the young Robert Moog and based upon the ideas of Austrian composer Max Brand) like you only see in early electronica documentaries. It sounded ghostly, grand and heavy at the same time, a programmed earthquake of electronic splendor.

That machine later at the show made me realize I’ve been overestimating the ability of my ears to withstand an unlimited amount of decibels within the hearing range. I was a bit worried that the tinnitus I’m dealing with since last time I saw Swans play in Bucharest would bounce back, therefore I had to get a pair of earplugs. I let my hair loose to hide the shame of my human hearing limits.

Peder Mannerfelt came next and he really rocked the place. He was wearing a mask with Cthulhu fringes and sounded like no - nonsense industrial, droning and relentless. It was the perfect transition to the evening, which was about to peak with the Kevin Martin “The Bug”, respectively JK Flesh performances. 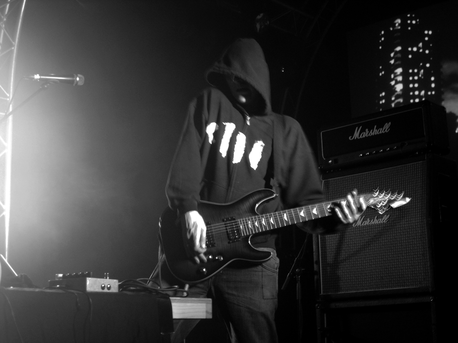 Words are a made-up distraction isolating us from the few glimpses of the real.

There’s a theory claiming that things we ingest stay within our molecules for seven years determining our material make up at any of the following moment within that interval. Trying to draw a sonic parallel to that physical process would deem matter definitely trivial, because you realize that sound, being immaterial and pervasive, can fuck you up for so much longer, in a way so essential and introspective similar to probably how psychotherapy, hypnosis or past life regressions could ever get you inner places.

The rest of the night was a process of recovering that singular sense of being, that we’re trying to distract ourselves from by anything we're living while we live. It was a phenomenological reduction of the world per se which distanced consciousness from reality enough so you would observe it as an outsider while waves of sound were pulsating and washing it all away. This is a realm opposite to the ever-familiar escapism and I feel that I’m one isolated cell of a interconnected crowd being transfixed and distilled quite alchemically from all self-imposed mundane distractions, because when you’re surrounded by an almost ritualistic wall of sound you can only be yourself within yourself. It’s just the way of Mercury Retrograde, the astrological reality of the day, being turned against its own retrograding motion.

After a day in which I’ve been battling machines that seemed to let me down, this was a turning of the tables well deserved. The Bug is conducting a quasi-ceremonial process, forever separating redundancy from that primitive pool of sound that’s somewhat encoded in our DNA ever since the Big Bang. It makes the whole seven-story-high place taller, the air heavier, the stage lighting fills this, making the whole experience post-visual and, despite this futuristic feel, I think about the idea that since ages, chants were sustained frequencies aimed to bring the masses in an altered state of spiritual bewilderment.

''Sonically it felt like tectonic plates shifting, as monolithic walls of drifting sound made me giddy from the sonic avalanche. Felt like the loneliest sonic tones on earth to 747s taking off onstage...Was incredible to make a sonic dream real, by finding the perfect location, and where all the planned details came together in the right place at the right time'', The Bug wrote on his facebook page.

“Sirens” was the violent alarm ringtone to wake up your aural consciousness to the equivalent of using 100% of the grey matter corresponding to it all of a sudden, after a life of accepting the 10% of the brain myth, just because you’ve been told so.

A case in which the JK Flesh performance that followed captured the cosmological deja vu of watching the chaotic energy created earlier re-wire and configure itself as a network invisibly interconnected through the trance-like rhythm that could not let one keep still.

The projections brought back industrial landscapes, soulless and desolate architecture similar to the grey towers of flats in the post-communist provincial hood, where I grew up in. That feeling of raw anger and outsider rage pervaded the thick smoke in the room and everybody was moving to those loops thickly layered and fortified by the utterly sick vocals. You didn’t have to know necessarily that JK Flesh is that one mastermind behind the project Jesu and half the nucleus of the legendary industrial post-metal band Godflesh - the reaction you get it would be somehow similar to the one to Godflesh, but on a totally different level, because it’s even more distancing to feel that when it is not metal and not something you have heard before. And what was outstandingly ecstatic about this number (besides the beats that would of course affect your rhythmic perception in this direction)) is that it was cool and modern in a twisted way, which is something you don’t find that often in metal because it’s just not meant to be anything resembling that cutting edge urban cool, no matter how twisted.

I remember that time in high school when I was into doom metal and industrial and I would look down at the hip-hop culture, because most of the people involved with it were shallow and the lyrics were intellectually not challenging enough for me, at the moment. I would secretly wish for a kind of uncanny music to appear that would take the things I liked after all about the instrumentals in hip-hop, the breaks, the beats, the overall haze and work with that, something that would infiltrate within that whole aesthetic system, that would contaminate and demonize it from the very inside. This JK Flesh gig managed to finally tune this utopia into existence.

Back in the year of grace 2010, one of the toughest choices that I ever had to do when choosing to see a band live was when I had to give up seeing the Godflesh reunion concert at Supersonic, Birmingham, in favor of what proved to be the last Throbbing Gristle gig as we know it, at The Village Underground. To this day I haven’t seen a louder manifestation than that one, and although I did not lose my hearing then it surely established some sort of a high limit not that easy to exceed of how loud is loud. I’m not an adept of comparing things but it just seems that this limit has been really smashed by the performance at the CTM last night and it’s only legitimate, since Kevin Martin and Justin Broadrick are industrial legends who are always up for taking noise and technology to new experimental peaks of cathartic fucking with your brain and being in the world generally.