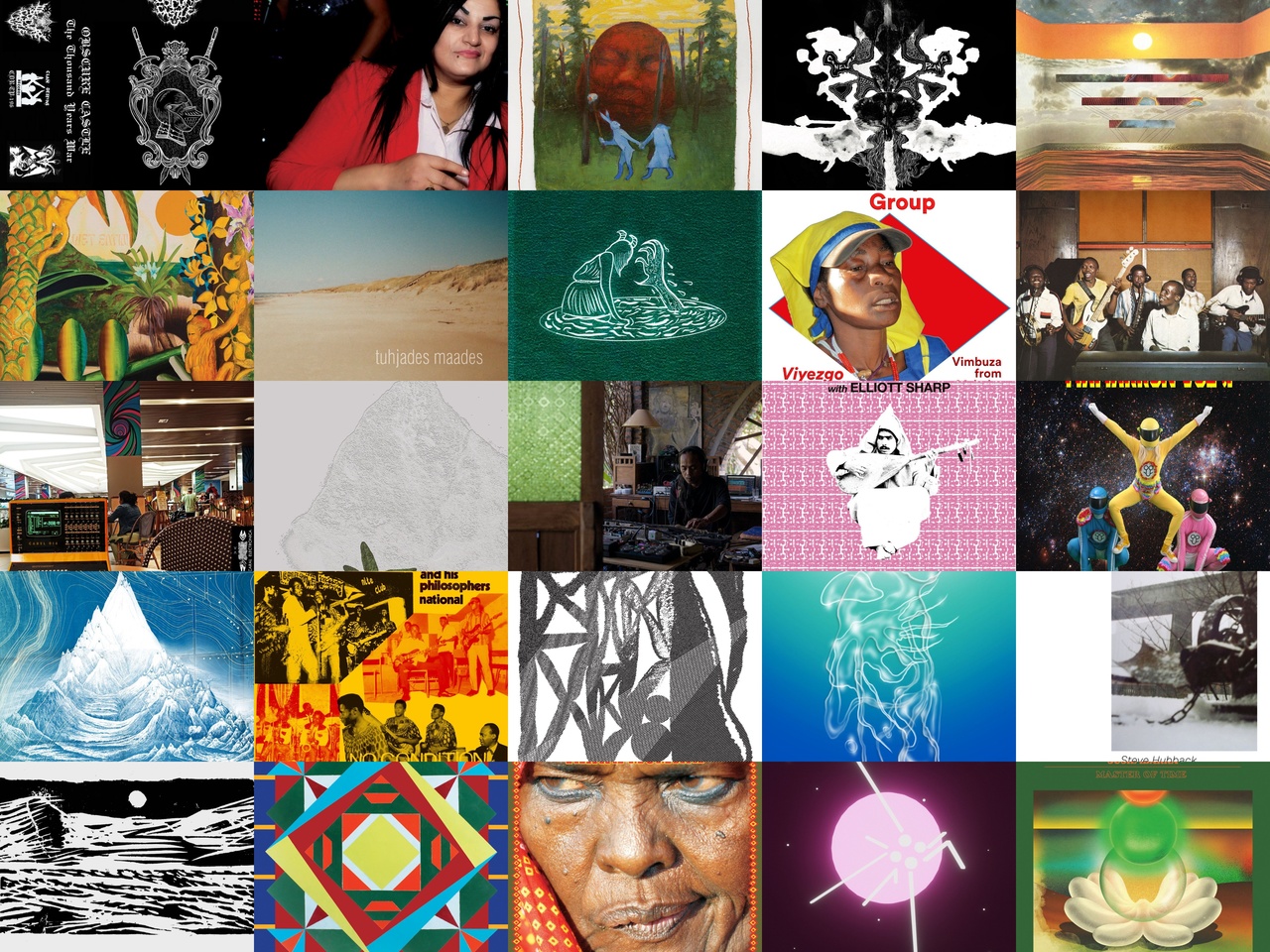 August has been a pretty busy month, so check out a recap of 27 albums and compilations released last month, comprising mostly non-Western music, from experimental to ambient, African polyrhythms, free jazz, improvisation, electronic music and more, both new and reissues.

From Celestine Ukwu to Century Plants 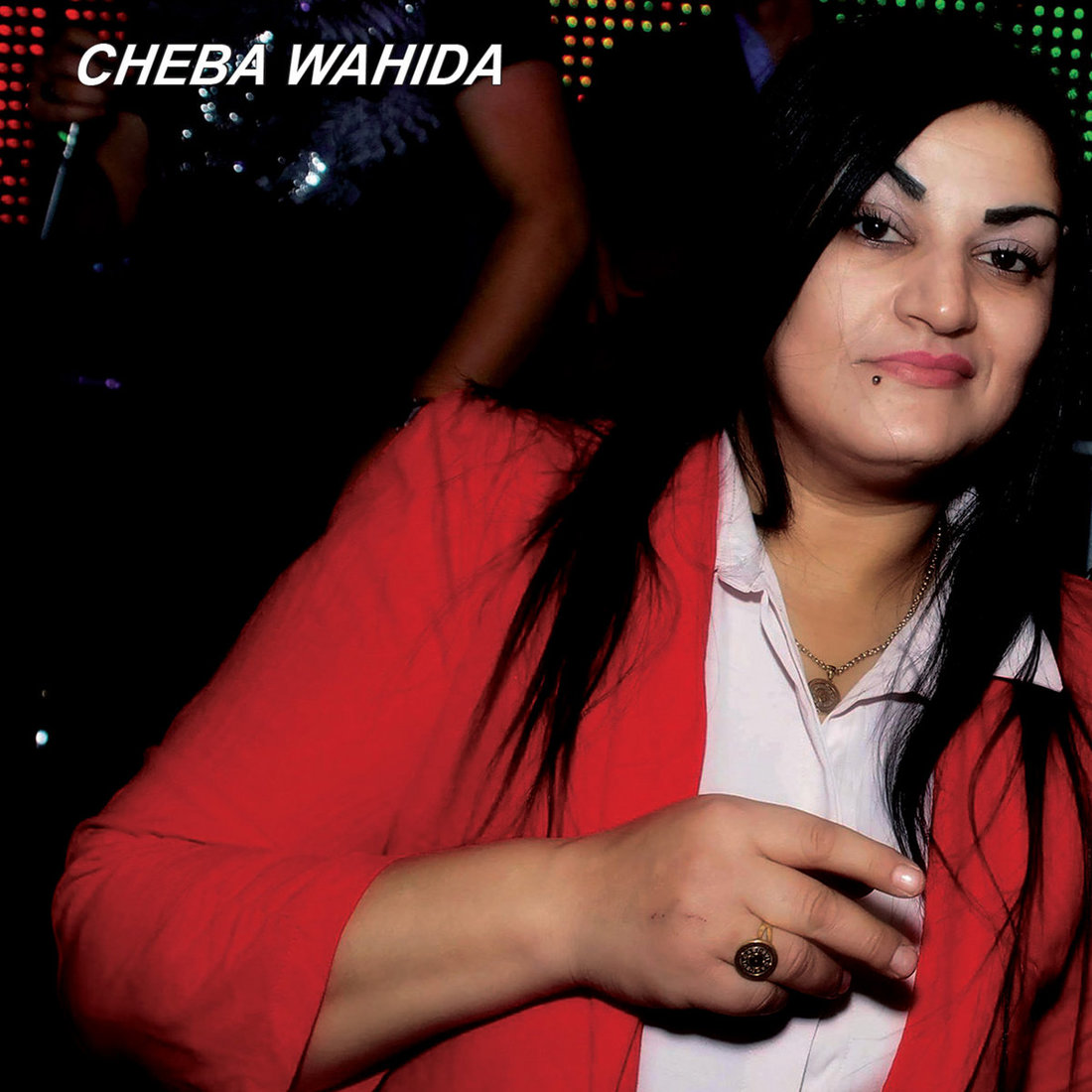 Cheba Wahida - Jrouli (Nashazphone)
Alexandra Spence - a veil, the sea (mappa)
Alexandra Spence is a sound artist and musician living on unceded Wangal land in Sydney, Australia. Through her practice Alex attempts to reimagine the intricate relationships between the listener, the object, and the surrounding environment as a kind of communion or conversation. Her aesthetic favours field recordings, analogue technologies and object interventions (she holds the belief that electricity might actually be magic).

Alva Noto + Ryuichi Sakamoto - Revep (Noton)
Alva Noto and Ryuichi Sakamoto's third collaborative album, Revep, was reissued recently. The album, which was originally released by the duo via raster-noton in 2006, has been remastered, seeing the album pressed to vinyl for the first time in 16 years. The reissue includes three previously unreleased tracks by the two artists, titled 'City Radieuse', 'Veru Live' and 'Veru 2'.

Amaliya Group - Viyezgo. Vimbuza from Mzimba South (Sacral Grooves 1000HZ)
Viyezgo means Try me. This inscription welcomes visitors at the entrance of the temple belonging to Doctor Amaliya. It constitutes a challenge to all those who doubt Maliya's abilities, and especially to the witches who wait for her mistakes. "Viyezgo" can be taken literally. Before making a diagnosis, Maliya often planned with patients: "If I do not help you, take anything you want from my house. But if my spirits solve your problem, you repay me." As a result, even though her house had no electricity, it housed several TV sets which she had won from grateful patients. Amaliya was famous in the Endindeni area. She had a reputation for fearlessly fighting evil witchcraft, even risking her life to do so. After arguing with a local politician who was supposed to be responsible for kidnapping children for their magical powers, she ended up in jail, but local residents demanded her release.

Celestine Ukwu - No Condition Is Permanent (Mississippi Records)
Of the many great talents of the classic Nigerian highlife scene, none contained the existential depth, transcendence and grace of Celestine Ukwu. During his brief time in this world, he pursued education, music, and philosophy; first as a school teacher, then ultimately a singer, lyricist and musician, first as a member of Gentleman Mike Ejeagha's Premier Dance Band, and eventually fronting his own groups, The Music Royals and The Philosophers National.

Century Plants - Transmissions from the Outer Sun (Carbon Records)
Century Plants is a shape-shifting drone and free improv duo featuring Ray Hare and Eric Hardiman, and on this release, they check in with two long-form psych scorchers.

Cheba Wahida - Jrouli (Nashazphone)
"What is fascinating with Rai is that it has never needed media, scenes or official and sponsored festivals in order to exist, progress and reinvent itself. Rai in the 21st century sustained its evolution via social media, the 3G and 4G networks and of course, the democratization of digital recording and electronic music in general. Cheba Wahida comes from that newer, incidentally very feminized, wave of Rai artists in the Oran region. Vice remains a central theme in the lyrics of all these modern day chebbat whose strong voices and charisma are carried by electronic music and arrangements." 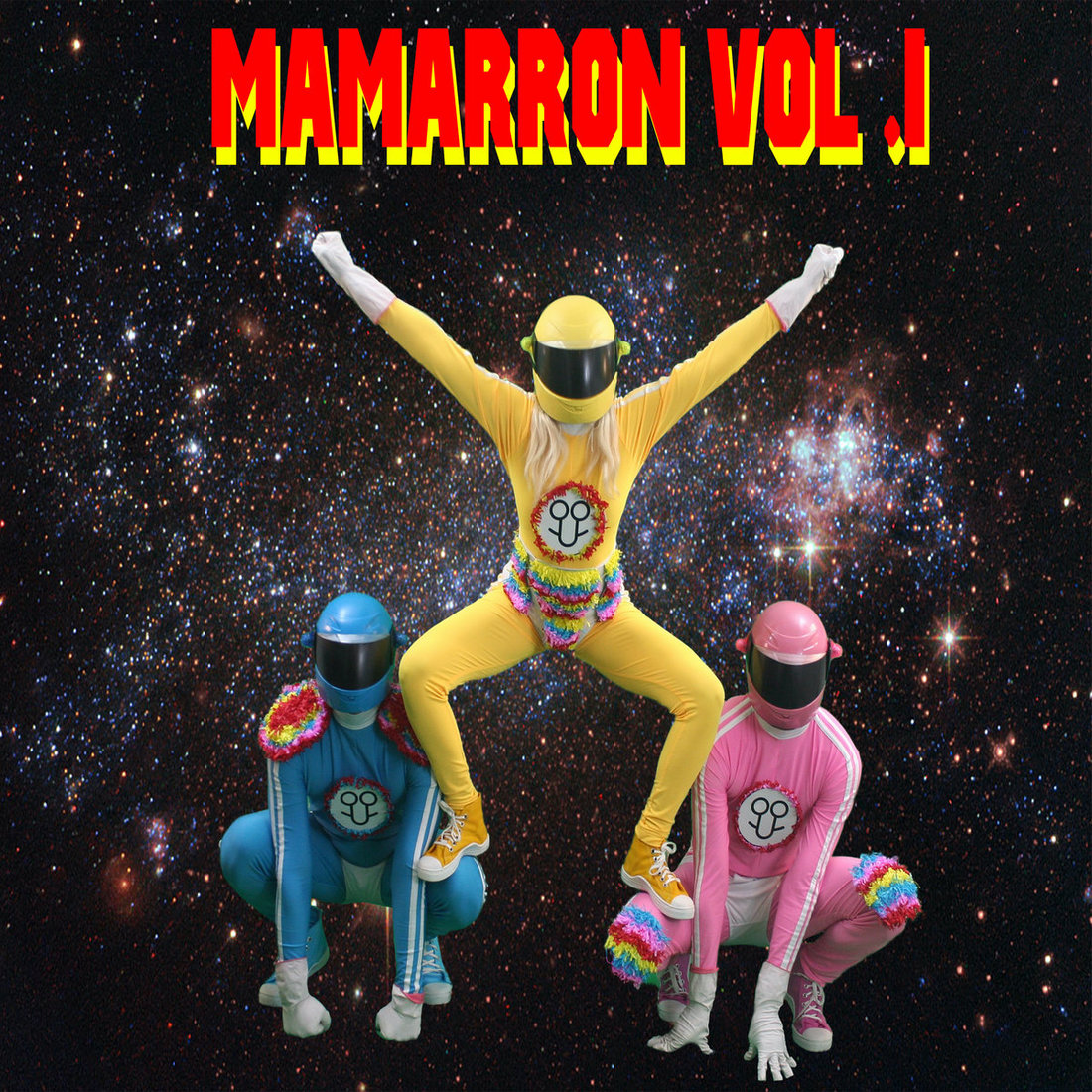 From Filmmaker to Mister Water Wet

CotoplaBoyz - Mamarron Vol . 1 ( Remastered) (AYA Records)
The new tropicanibal generation includes groups such as La Sonora Mazurén, La Tromba Bacalao, Los Yoryis, El Conjunto Media Luna and, of course, Los Cotopla Boyz – a fiery five-piece that formed in 2018. In the post-pandemic dystopian multiverse of today, their mission is to save the party. Their live shows evoke images of frantic Power Rangers singing epic chants about their adventures - but instead of heroic feats, they write humorous lyrics inspired by their everyday lives.

Konstrukt & Peter Brötzmann - Dolunay (Karlrecords)
The German free jazz titan Peter Brötzmann was invited to the Deneyevi Studio in the Turkish capital in November 2008 where they recorded Dolunay, an album that was released three years later on a small label in Turkey only. Back then a quartet with drums and percussion, guitar, reeds but no bass player, KONSTRUKT and their iconic guest took off on a session full of fire and fury.

Kulku - Fahren (Phase Group)
Kulku's music is a hard to define blend of percussive minimalism, folk, krautrock, post-punk and no wave, almost exclusively derived from acoustic sound sources. Their debut album Fahren! presents this unique sound-identity that they have been crafting for the best part of two decades.

Loadbang - Quiver (New Focus Recordings)
loadbang’s newest release Quiver, their fourth on New Focus, features a collection of works commissioned from composer colleagues as well as music by three members, Jeffrey Gavett, Carlos Cordeiro, and Andy Kozar. The aesthetics represented display the broad range of territory loadbang commands, from finely integrated textures that blur where one instrument begins and the other ends, to individuated passages that revel in contrapuntal symbiosis.

From Ondness to Rich Ruth

Ondness - Oeste A . D. (Discrepant)
The latest work from Lisbon's Bruno Silva, out on Discrepant, features four experimental pieces imbued in a conceptual idea of nostalgia. Not to be missed!

V.A. - Portatil (Caral Electronica)
"We the survivors in a new showcase of a group of artists, still alive and so happy of still be able to musicalize our environments through music, from Lima Capital of the proud Viceroyalty of Peru."

Romain de Ferron - Ravi (KRAAK)
A true and prolific veteran of the French DIY scene as a member of outfits like Omertà and Balladur, key editor of the cult zine Fond de Caisse and one of the heads behind the compelling Echos festival, Romain de Ferron has paved multiple paths for himself with ever-surprising outcomes. Solo, he’s been going at it for years, becoming renowned for melodies that evoke utopias of differing scales and moods: glittery video game adventure lands, mellow gardens of peace, and countless sceneries permeating with unspoken pathos.

Steve Hubback - Aarhus (Colectivo Casa Amarela)
This recording was found in a box of forgotten tapes that Steve recovered from his sister's house during the pandemic. The Welsh drummer is active in the jazz/improv scene since the 70's, and is a recurrent collaborator of European music giants such as sax player Frode Gjerstad or drummer Paal Nilssen-Love, but this is its own thing. Aarhus is the full recording - certain segments of the tape were too damaged to be recovered - of a solo concert in the city with the same name in northern Denmark. 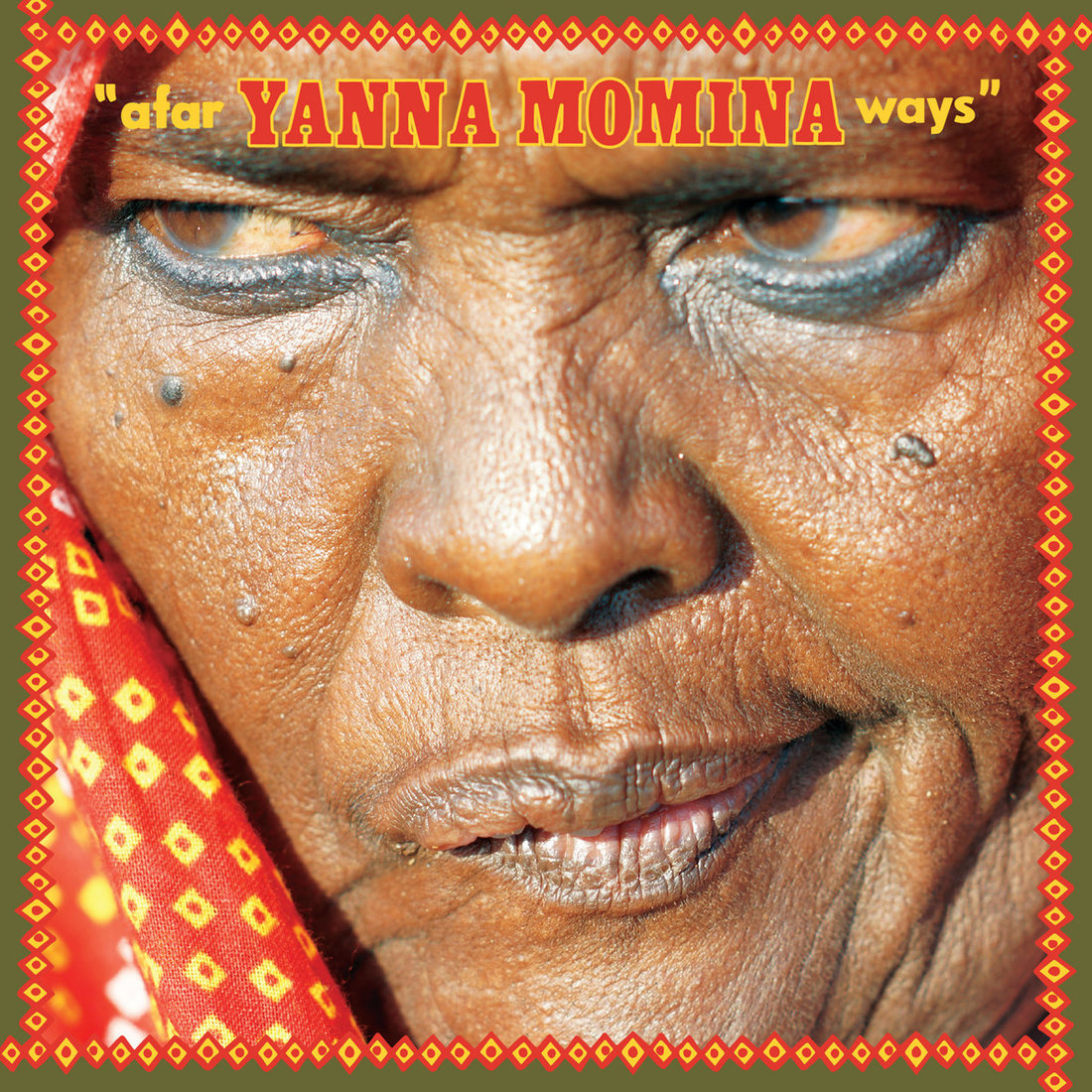 From The Movers to Wet Satin

V.A. - Strega Musica (Make Noise Music)
Strega Musica is a collection of ambient music created with Strega, an instrument designed in close collaboration between Make Noise founder Tony Rolando and Alessandro Cortini. "Creating an instrument that reflects your idea for a vessel of compositional creativity, and seeing it stimulate other people’s creative output, has to be in a complete different level, and I couldn’t have been caught more off guard by it", says Alessandro Cortini.

Susie Ibarra & Tashi Dorji - Master of Time (Astral Spirits)
Master of Time is a live performance commissioned for the exhibition of Bardo Now, The Second Buddha: Master of Time at the Tang Teaching Museum during a residency on April 16-18, 2019.

The Movers - The Movers Vol . 1 - 1970 - 1976 (Analog Africa)
At their height, The Movers were titans of South African soul who left a legacy of over a dozen albums and countless singles of pure groove. On The Movers 1970–76, Analog Africa presents 14 of the finest tracks from the band’s undisputed peak.

Wet Satin - Wet Satin (Fuzz Club Records)
Californian duo Wet Satin (comprised of Jason Miller and Marc Melzer) released their self-titled debut album on Fuzz Club. Taking a step away from the brain-frying space-rock/psych wig-outs harnessed in their 15 years playing together in Lumerians, Wet Satin deals in what the duo call "Kosmische Tropicale" – an expression of reverence and enthusiasm growing from a long-time shared obsession with lost Cosmic Disco, Cumbia, Afrofunk and Library Music records. "We wanted to make something fun. Not too serious, but not frivolous either. Something that paid respect to its influences by adding a square to the quilt rather than trying to make a replica."

Wukir Suryadi – Melonak Tunduk / Refuse To Submit (self-released)
Indonesian experimentalist and member of the Senyawa group, Wukir Suryadi brings theatrical ruckus to the classical stage, plucking, strumming and bowing his way from peaceful meditations to rhythmical frenzies. The evolution of his music is never complete as he utilizes the agility of his instrument to collaborate with musicians and performance artists from around the world, fluently bridging musical styles and inventing new instruments as he goes.

Victor Stutz is a sound adventurer and music selector from Bucharest – currently based in Barcelona - with a background in anthropology.