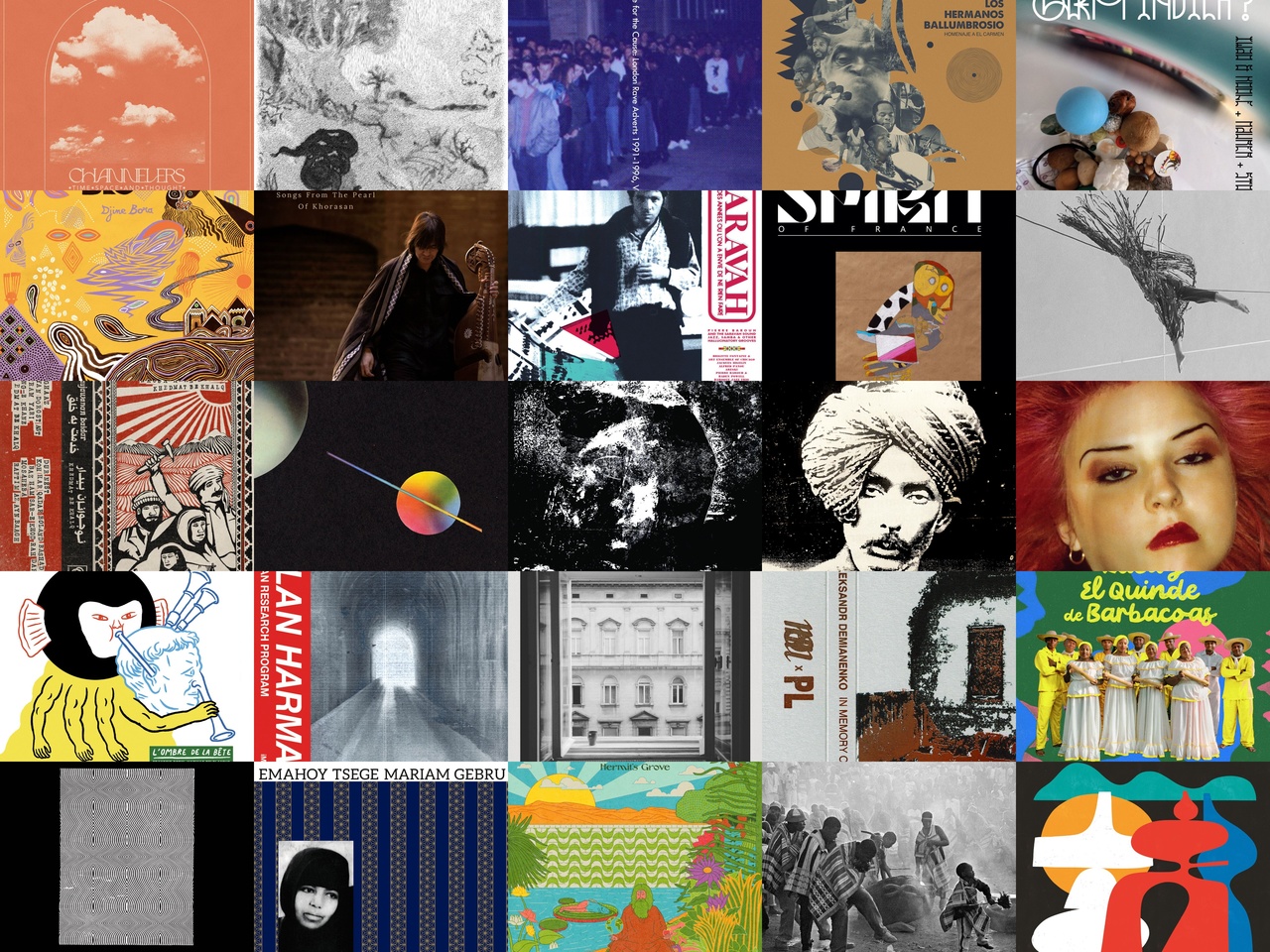 If you're looking for new and ingenious ways to fight the heat, check out a recap of 24 albums and compilations released in July 2022, comprising mostly non-Western music, from experimental to ambient, African rhythms, jazz, improvisation, techno and more, both new and reissues. 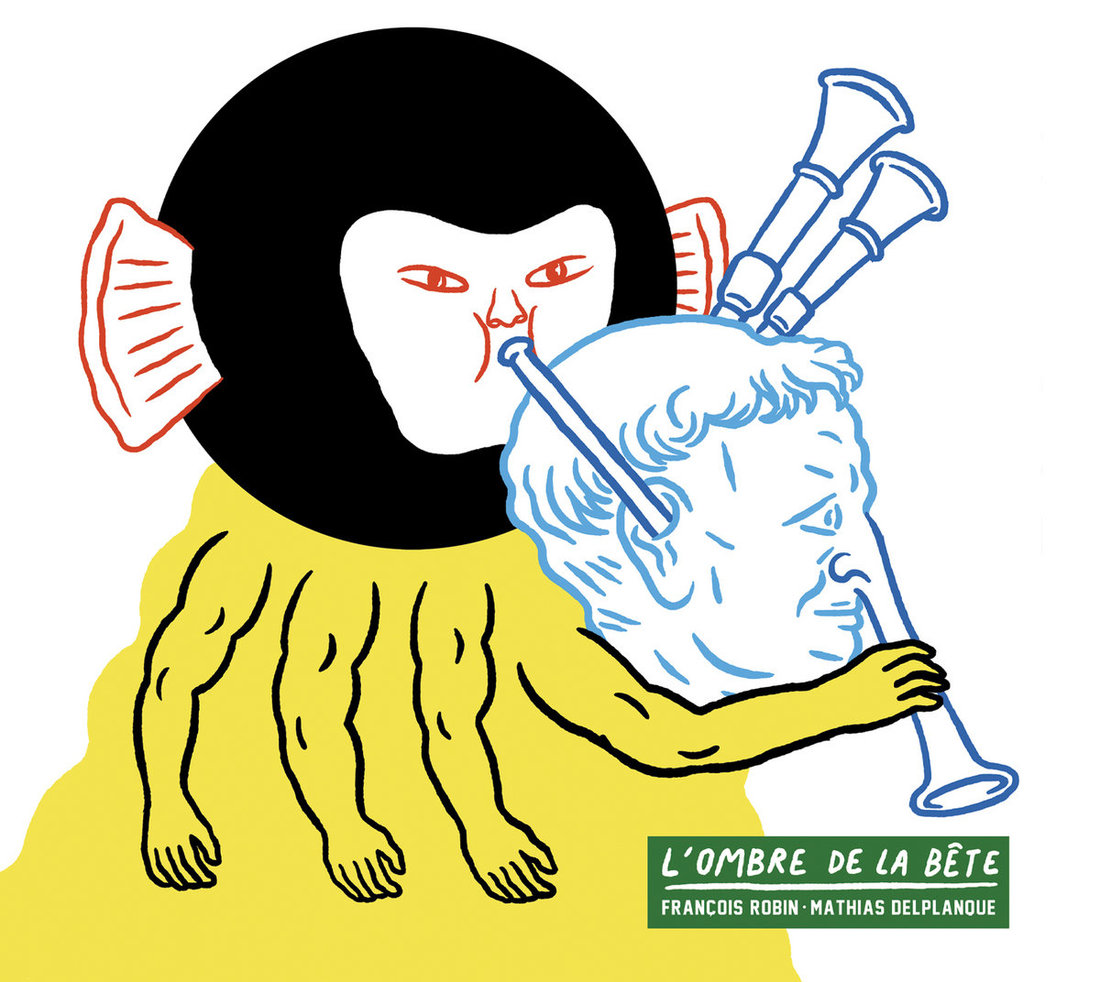 BKO - Djine Bora (Les Disques Bongo Joe)
In response to the current political and ecological turmoil, the famous Malian quintet BKO appeals to the magical spirit of the djinn with Djine Bora (the appearance of the genie). An explosive and mystical third album, embodied by a music of resistance, the fruit of their unique experimentation with Mandingo music and their extraordinary history. 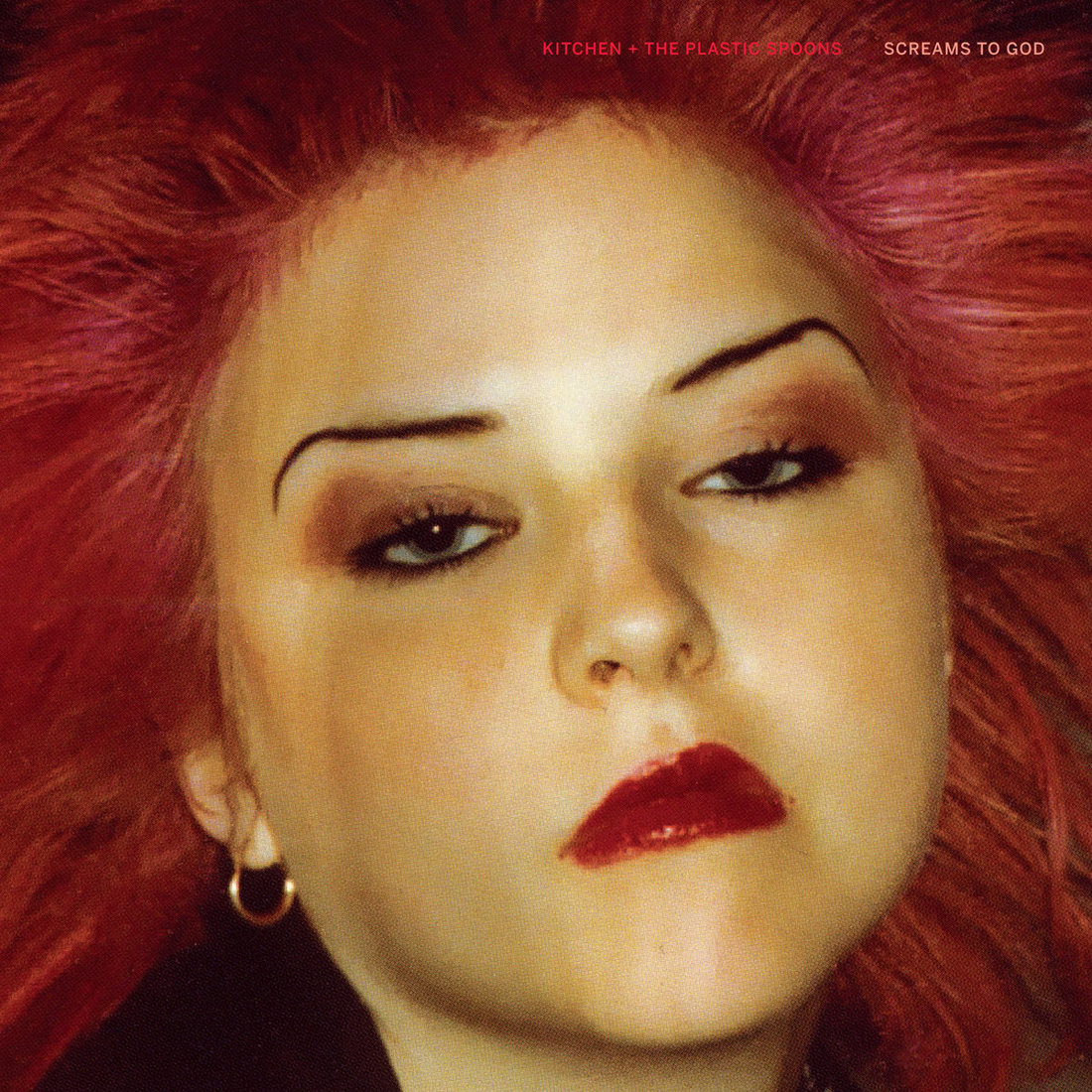 From Genetic Factor to Nasim Khushnawaz

Genetic Factor - In Deadly Wet Dreams (Artificial Dance)
This is the full archival compilation of work by Richard Zeilstra A.K.A. Genetic Factor, a mind that has been behind a variety of very influential operations during the years, including a string of radio programmes (Radionome & Spleen a.o.), working at Boudisque and running Barcelona’s first compact disc store.

Manja Ristić - Him, fast sleeping, soon he found In labyrinth of many a round, self-rolled (Mappa)
"My recording techniques all boil down to one thing – intuition. I do not use expensive or highly sensitive equipment nor do I employ special techniques. On the contrary, I believe that the information regarding a space or an object can be recorded well enough on an average device. My personal guideline when recording sound is the positioning of myself as the listening medium, active and with the intention of establishing a connection that is sometimes intellectual, sometimes conceptual, and sometimes phenomenological." Manja Ristić for Kulturpunkt.hr.

Nasim Khushnawaz - Songs From The Pearl of Khorasan (Worlds Within Worlds)
As a master of the Afghan rubab, Nasim Kushnawaz hails from one of the most important musical lineages in Afghanistan. The son of Herati rubab maestro Ustad Rahim Khuhsnawaz, Nasim resides in exile in Iran, wherein he continues a four-generation tradition of performing exemplary Afghan, Khorasani and Herati playing techniques. Listeners will easily notice his keen ear for tempo and feeling as he sets up unexpected twists and turns throughout his music, making each segment more emotive and unpredictable than the last. 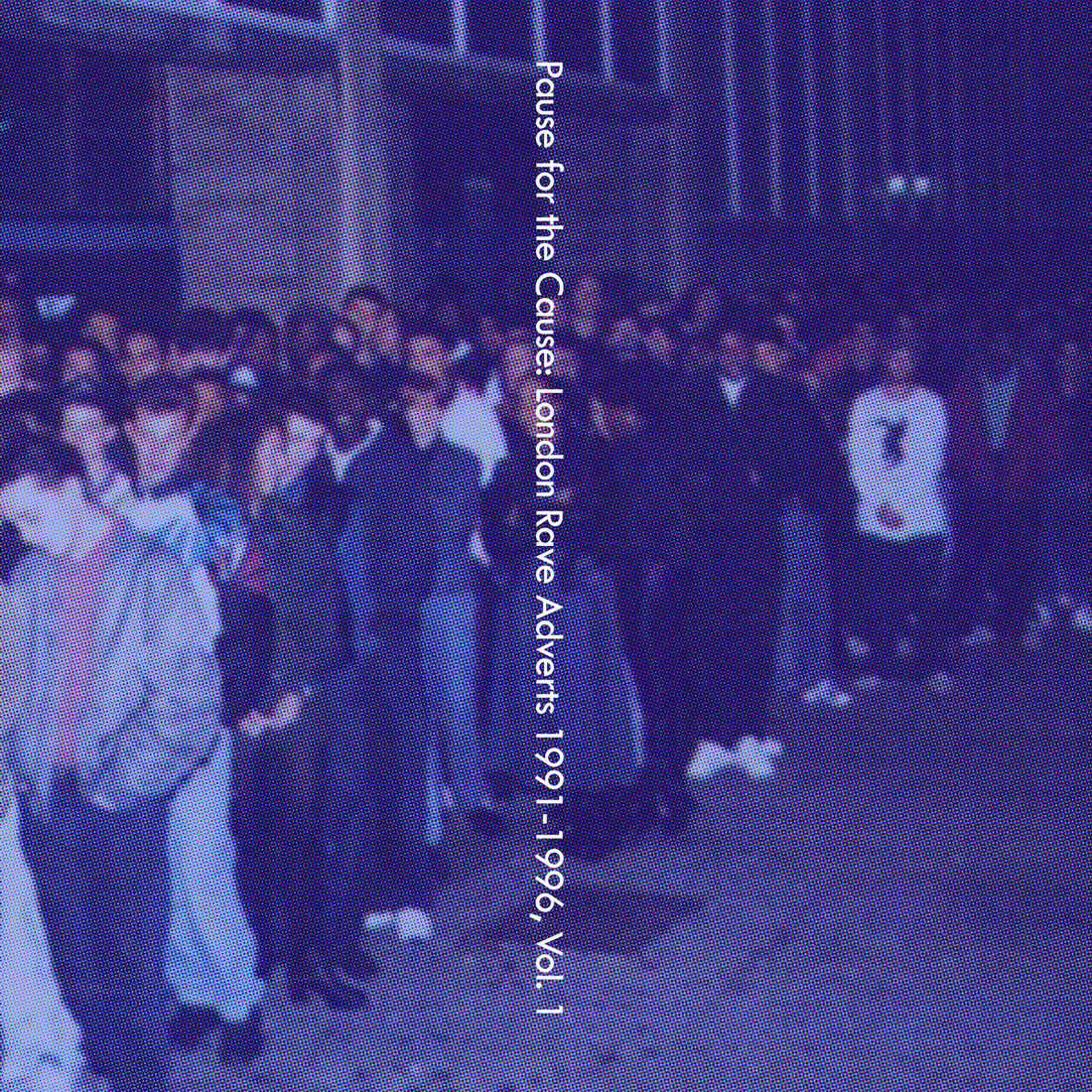 Oleksandr Demianenko - In Memory Of... (Enmossed)
Though recorded before the Russian invasion of Ukraine in February of 2022, Oleksandr Demianenko’s In Memory Of... cassette very much serves as a meditation on the importance of preserving art, culture and roots at a time when war threatens to erase all of them. Dedicated to the memory of the late Olga Fedoseevna Sergeeva (1922-2002), a folk artist whose voice is featured in legendary director Andrei Tarkovsky’s 1983 film Nostalghia, Demianenko immerses tape-looped snippets of Sergeeva’s singing - culled from field recordings made in her village - in layers of synthesizers and pedals.

V.A. - Pause for the Cause: London Rave Adverts 1991-1996, Vol. 1 (Death Is Not The End)
London based Death Is Not The End imprint presents the first volume of a unique kind of compilation: a rough selection of London rave adverts recorded between 1991 and 1996.

V.A. - Pierre Barouh and the Saravah Sound (Wewantsounds)
Wewantsounds presents the first retrospective on vinyl of Saravah Records, one of the most influential French labels founded in Paris by singer, songwriter and producer Pierre Barouh in 1966. Featuring Brigitte Fontaine, Jacques Higelin, Alfred Panou, and many rare tracks reissued on vinyl for the first time, the set gives a glimpse of the free-form, groovy sound of the label between 1965 and 1976.

Ruca y El Quinde de Barbacoas - ¡Dale Duro al Bombo! (Discos Pacífico)
Dale Duro al Bombo is the first album of the master Ruca and her group El Quinde de Barbacoas. Ruth Elena Cabezas 'La Ruca' has been a leader in the Colombian Pacific folklore for the last 20 years, composing first for the group Los Alegres del Telembí and then founding the group El Quinde. Professor Ruca's goal is to enhance the music of the Telembí area and to show the world the great creativity of her compositions. With the rhythm of jugas, tambarrias, currulaos, rumbas, bundes and carambas, we can get closer to the heart and soul of this songwriter and singer.

V.A. - Silberland - Kosmische Musik Vol 1 (1972-1986) (Bureau B)
With this new compilation, German imprint Bureau B invites the audience on an expedition to Silberland, a singular span of spacetime created by Germany’s sonic futurists of the 70s and 80s. Embracing the early electronics and tape experiments of the 60s’ avant-garde, these artists aimed to boldly go, eschewing small steps for giant leaps into a nebulous and novel sound.

V.A. - Spirit of France (Spiritmuse Records)
For those unaware of the obscure, rare spiritual jazz, deep folk and psychedelia sounds from the French ‘70s - ‘80s underground, Spirit of France is an excellent anthology celebrating the French artists whose total desire not to belong to a particular trend expanded their horizon by pushing the boundaries of creative music. Recording in caves during the full moon, or in the open air in Ibiza to celebrate the sun - with flutes, cromorne (French woodwind reed), darbouka and hurdy-gurdy, or with unusual, artist-build instruments, with sounds heavily influenced from Indian, African, Arabic, Eastern and Malagasy cultures, this is what makes this compilation so unique. 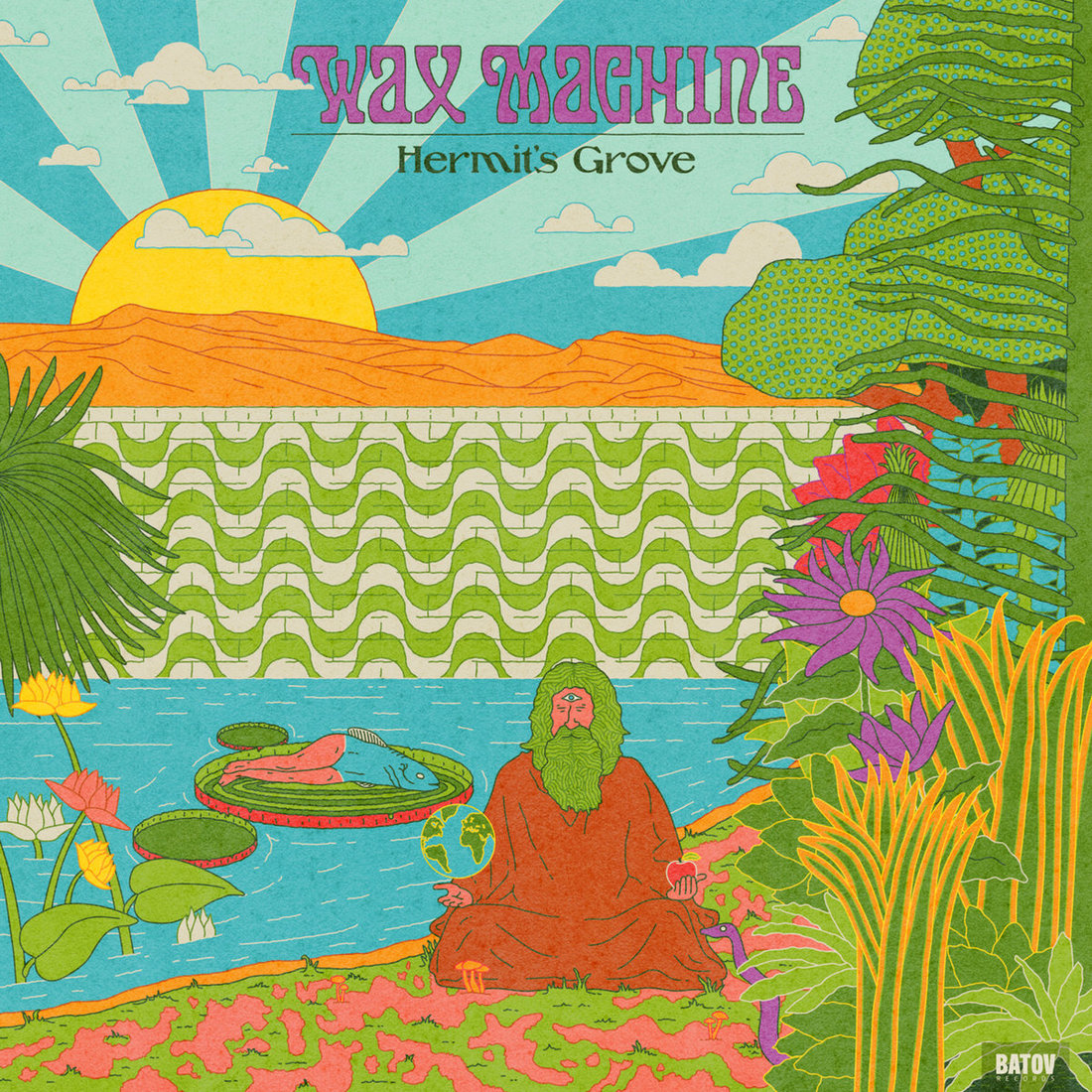 From The Maghreban to Wax Machine

Susan Geaney - Tape Melt (Fort Evil Fruit)
"Tape Melt was inspired by the overwhelming sound of a VHS tape coming under pressure in a VCR player. I had a series of VHS and cassette tapes in my childhood that I recorded movies and music over again and again. Over time the tapes would warp to produce this wonderful cacophony of melting and dripping sounds." Susan Geaney

The Maghreban - Connection (zootrecords)
"I've been working on the album since before my last one came out. I could try and come up with some grand narrative to give it meaning and string it all together somehow, but really it’s just some deeper tracks I made that sat together well. There are Middle Eastern, Jazz and Techno influences in some of the songs. I was trying to make stuff that was a little more emotive." Ayman Rostom

Tristan Eckerson - Going Home (self-released)
For Going Home, Tristan Eckerson's first full-length album in two years, the American composer/pianist decided to shy away from his normal compositional approach, opting instead for an album of completely improvised pieces for solo piano.

Tumi Mogorosi - Group Theory: Black Music (Mushroom Hour Half Hour)
Group Theory: Black Music is a stunning new statement from South African drummer and composer Tumi Mogorosi. Standing in the lineage of South African greats such as Louis Moholo-Moholo, Makaya Ntshoko and Ayanda Sikade, Mogorosi is one of the foremost drummers working anywhere in the world, with a flexible, powerful style that brings a distinctive South African inflection to the polyrhythmic tradition of Elvin Jones, Max Roach and Art Blakey.

Ustad Abdul Karim Khan - Feb. 1935 - Dec. 1936 (Canary Records)
"Abdul Karim Khan’s familial musical lineage is thought to have extended back to the end of the 16th century to Dhondu Nayak, a Hindu musician who was active in Gwalior and to a family of Sufi qawwali devotional singers and sarangi players who began as folk musicians and refined their music over generations. He was born Nov. 11, 1872, the eldest of four siblings to a Sunni family in Kairana in Uttar Pradesh. For at least 250 years, through a complex network of familial relations, Abdul Karim Khan’s family handed down the technology of music, from elder to younger, one note at a time." Ian Nagoski

Victor Stutz is a sound adventurer and music selector from Bucharest – currently based in Barcelona - with a background in anthropology.