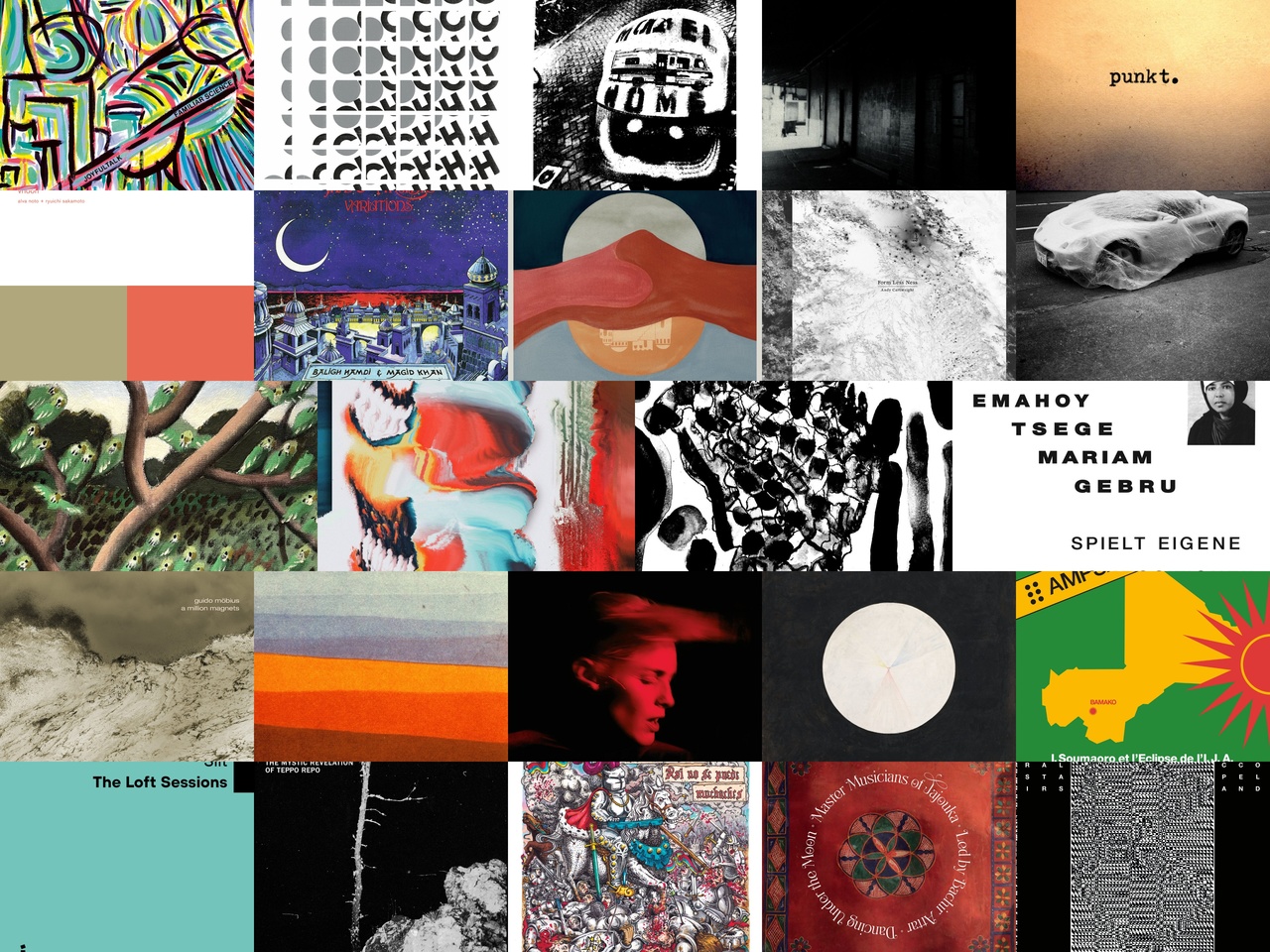 As we slowly approach a new summer, here's a recap of 25 albums and compilations released in May 2022, comprising ambient, experimental music, cumbia, free-jazz and improvisation, electronic and post-rock, both new and reissues.

From Ákos Rózmann to Andy Cartwright 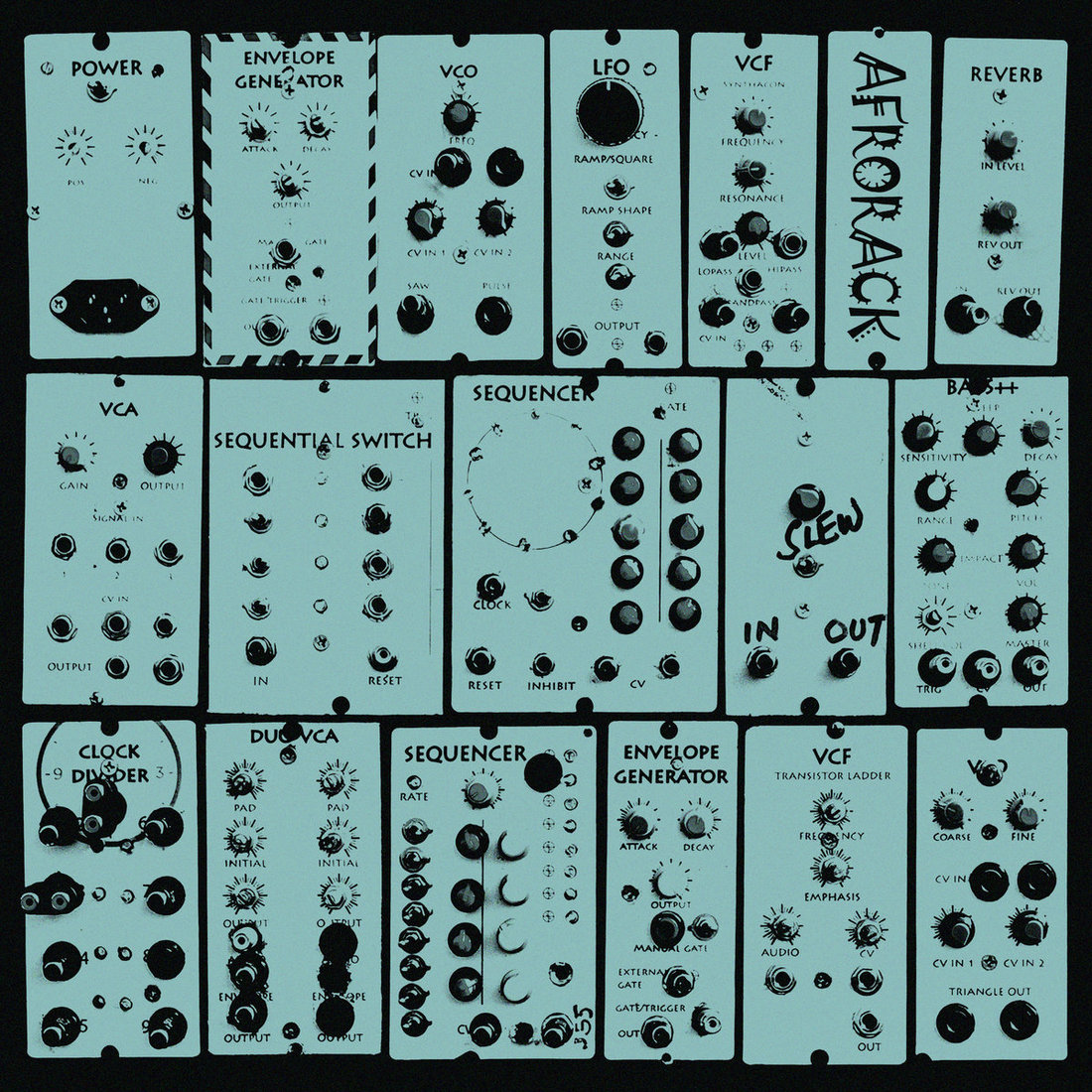 Afrorack - The Afrorack (Hakuna Kulala)
Afrorack - The Afrorack (Hakuna Kulala)
Ugandan synth builder and producer Brian Bamanya aka Afrorack is responsible for building Africa’s first DIY modular synthesizer, a huge wall of home-made modules and FX units that he dubbed, fittingly, The Afrorack. His reason for embarking on this difficult project was simple: as he began to investigate the world of modular synthesizers, he realized it would be difficult to acquire the technology in Uganda. Not only were there relatively few retailers across the whole of Africa, but the modules were often prohibitively expensive. After quick search online, Bamanya realized he could easily download circuit diagrams and buy the required parts locally, so he taught himself electronics and constructed a CV-controlled system that’s been evolving ever since.

Ákos Rózmann - MASS / MÄSSA (Ideologic Organ)
Ákos Rózmann’s Mass consists of twelve electroacoustic compositions created between 1989 and 2004 in the composer’s studio and at EMS in Stockholm. Like most of Rózmann’s compositions, Mass is a long-form work with a duration of around seven hours.

Baligh Hamdi & Magid Khan - Indo-Arabic Variations (Altercat)
Unique fusion of the Indian and Egyptian music cultures devised by Baligh Hamdi, the most prominent of all modern composers in the Arab-speaking world. Hamdi, who penned dozens of hit compositions for Umm Kulthum, Abdel Halim Hafez, Warda and Sabah amongst others, also shaped the future of Arabic music in a way that's difficult to overestimate. Directed by Hamdi, the renowned Indian sitar player Magid Khan joins the Egyptian musicians of Abdel Halim Hafez's orchestra in re-reading some of Hamdi's compositions from a new perspective – here sitar and tabla dance together with arghoul, ney and other Arabic instruments. 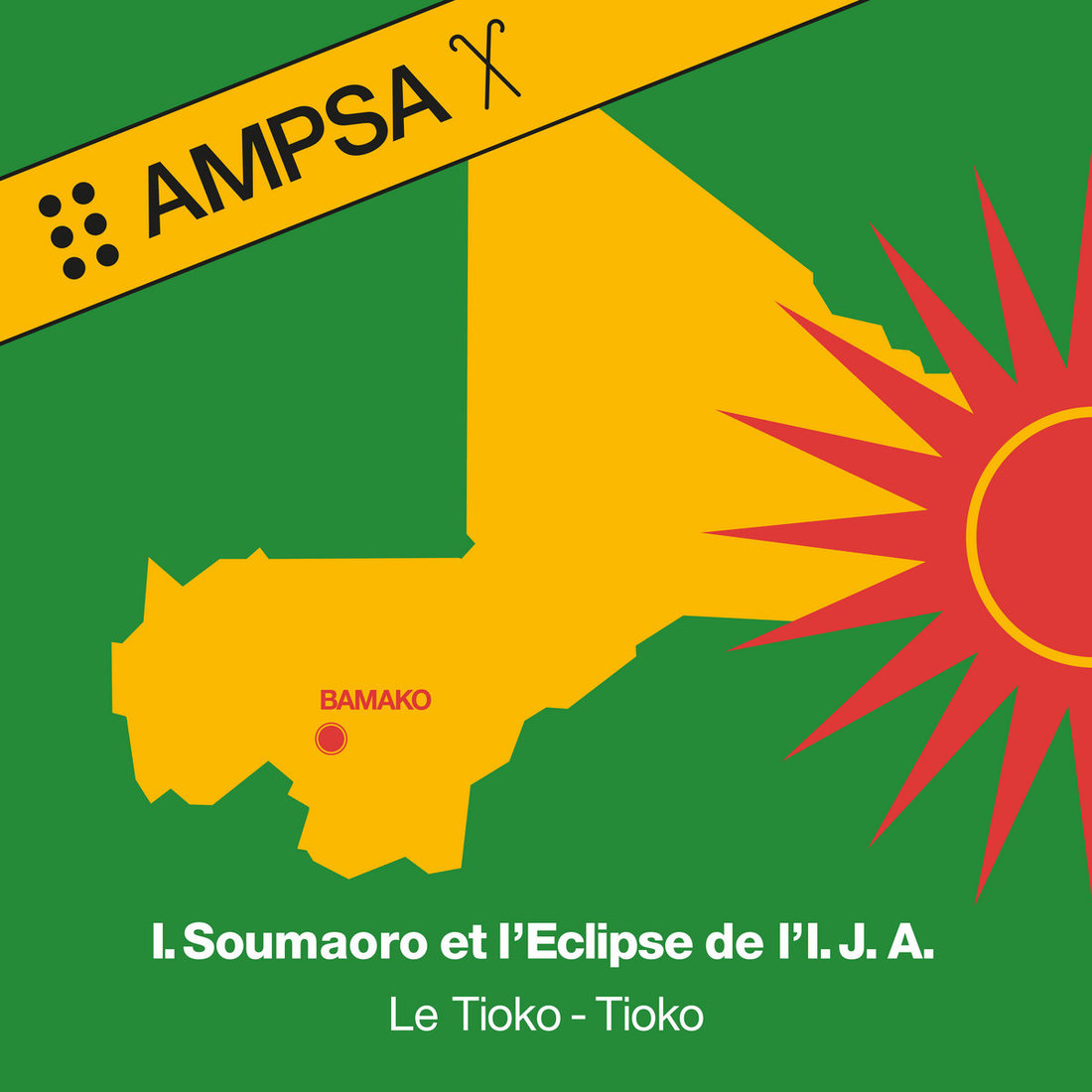 From Eric Copeland to Faust

Emahoy Tsege Mariam Gebru - Spielt Eigen Kompositionen (Mississippi Records)
Born to an aristocratic family in Addis Ababa in December of 1923, Emahoy spent much of her youth and young adulthood studying classical music in Europe. She returned to Ethiopia in the 40s, where the war interrupted her musical studies. In 1948 during a church service in Ethiopia, she found her faith and began years of religious training. Throughout her physical and spiritual journeys, Emahoy continued to compose for the piano. She first released this album in Germany 1963 as small private press record. The tracks reflect her own travels, seamlessly moving between Western classical and traditional Ethiopian modes, evoking Erik Satie, the orthodox liturgy, and meditative Christian music all at once. Emahoy is now 98 years old and still lives in Jerusalem. She continues to play, and the funds from her work go to the righteous causes to which she has dedicated her life.

Faust - Punkt (Bureau B)
After the overwhelming success of last years 1971-74 box set release, containing the first four studio albums and for the first time ever this lost ‘last’ album recording, Punkt gets a deserved and necessary standalone release to the relief of fans and collectors and the undoubted future gratification of those yet to experience the magic in these recordings.

Idrissa Soumaoro, L’Eclipse De L’I.J.A. - Le Tioko-Tioko (Mr Bongo)
Idrissa Soumaoro, L’Eclipse De L’I.J.A.’s sought-after album Le Tioko-Tioko was originally released in the German Democratic Republic (GDR) in 1978. This is one of the rarest vinyl albums from the already scarce Malian vinyl discography, partly as the album was never released commercially, only independently distributed via the Malian Association for the Blind in Bamako. Though recorded at Radio Mali under the aegis of master engineer Boubacar Traoré, the album was originally released in East Germany. The tapes had been taken by some Malian students to East Berlin as part of a student exchange program. It was then manufactured and released on the East German state-owned label Eterna with only a few boxes of records being shipped back to Bamako. 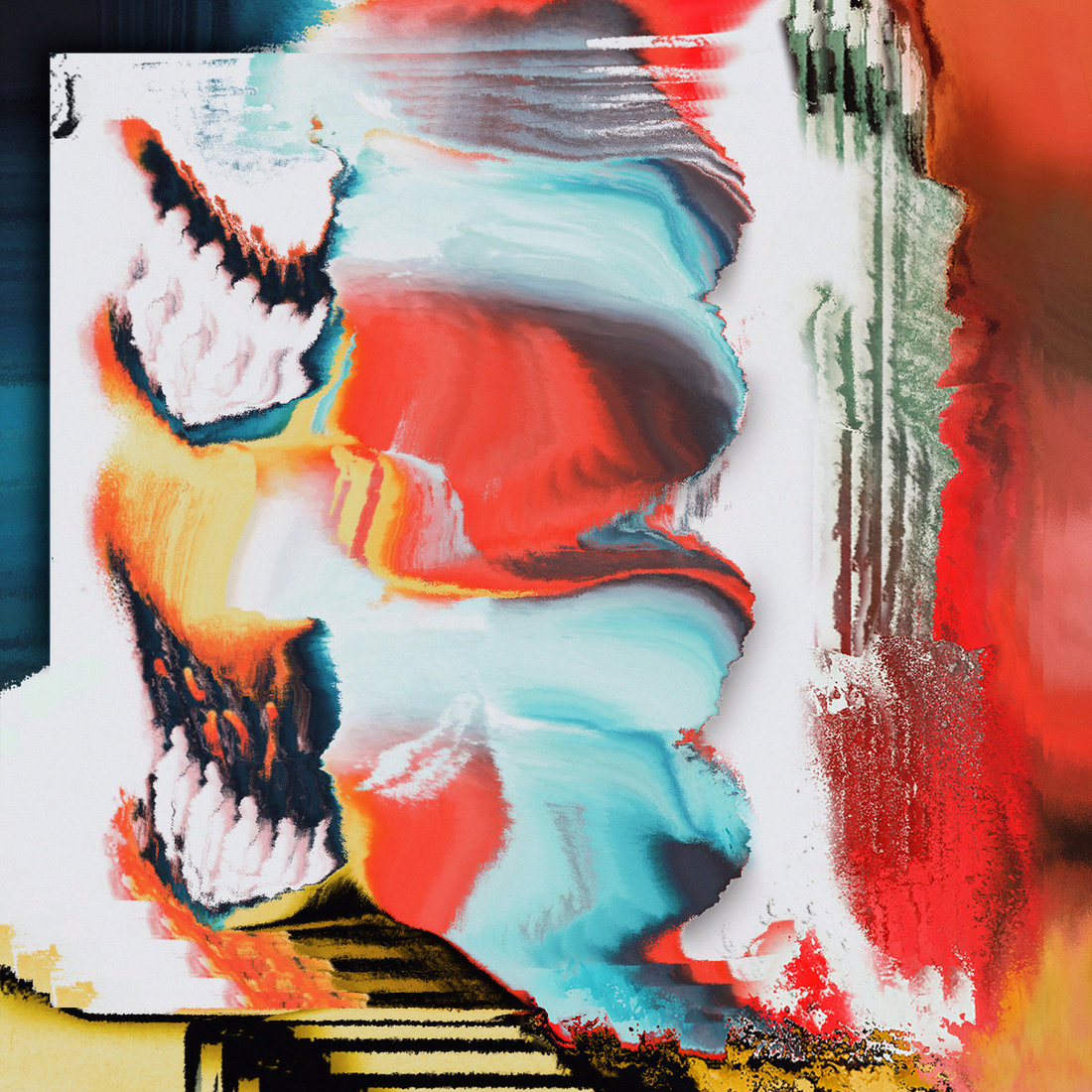 From Misha Sultan to Romperayo

Misha Sultan - Roots (Hive Mind Records)
Misha Sultan is a multi-instrumentalist originally from Novosibirsk, in the heart of Siberia. His hometown's location, in the hinterlands between Europe and Asia provides a deep well of inspiration for his music.

Model home - Saturn In The Basement (Disciples)
This is the second compilation of tracks drawn from the Washington DC crew’s continuing series of self-released mixtapes, including an unreleased collaboration with Japanese post-punk icon Phew, plus guest appearances from Michael R Bernstein (Double Leopards/Religious Knives), and Mike Petillo (Geo Rip/Project U). The basis of the group’s sound continues to be the free form FX-warped flow of MC NAPPYNAPPA and the abstracted beats and synths of Pat Cain.

Rok Zalokar - Speak Your Body (Nature Scene Records)
Rok Zalokar (pianist / composer / producer) is an integral part of the Ljubljana jazz scene. He led his jazz piano trio for a decade, experimenting with the Zhlehtet collective while continuing to develop a personalised solo piano expression, this recently culminated in the release of a solo pipe organ album called Spaces VIII. His debut electroacoustic album Speak your body is comprised of 20 tracks made between 2019 and 2021. The material comes from different sources: sound sculpting, beat making, spontaneous sessions with friends and moments of exploration with a given instrument, which he connects with a surrealist cut-up narrative.

Romperayo - Así No Se Puede Muchaches (Souk)
Romperayo is a musical journey through Colombian tropical folklore of the second half of the 20th century, a mischievous and modern interpretation of the up-tempo rhythms of “Descarga” and the psychedelic sounds of ’70s cumbia. 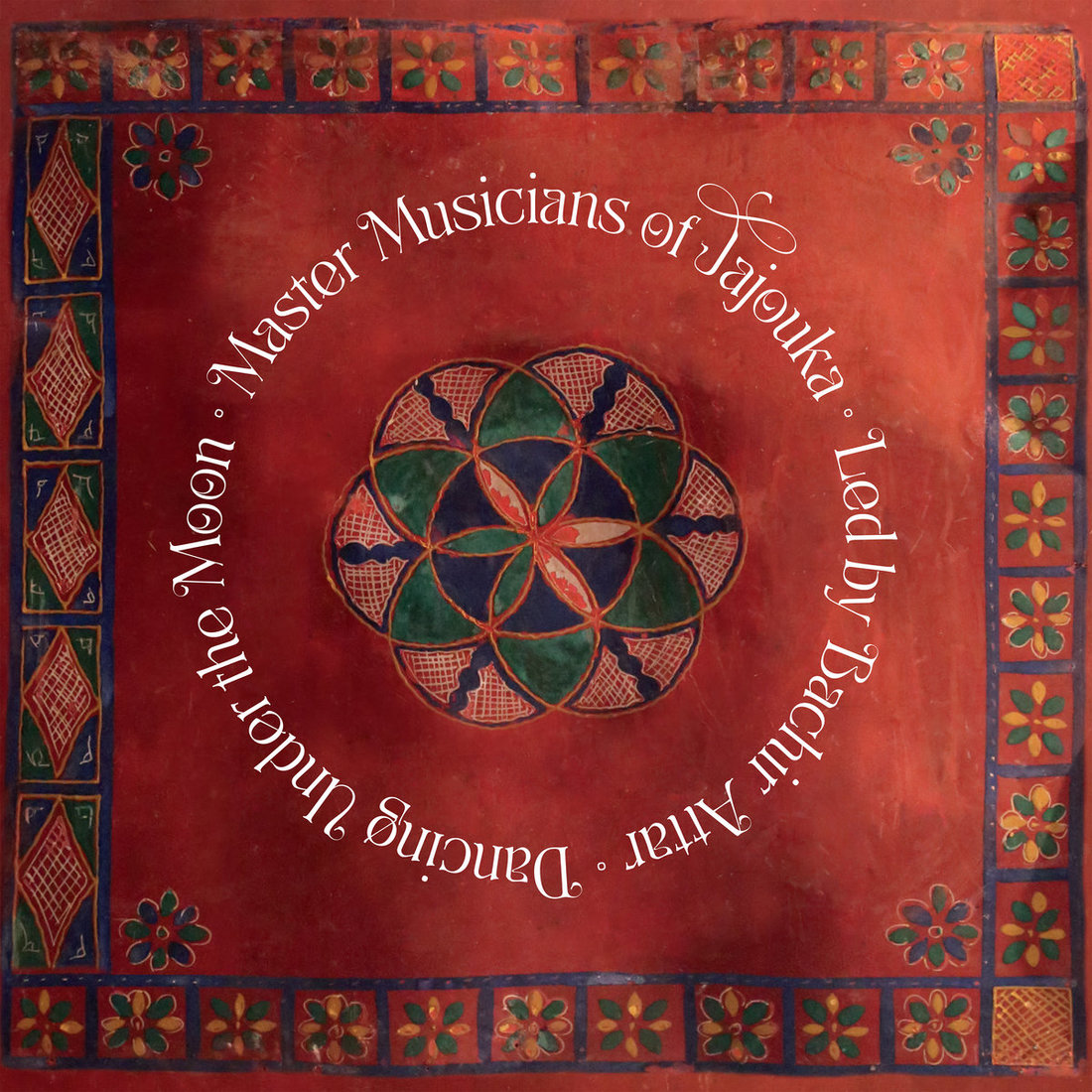 From Serpente to The Mutual Torture

Rosa Brunello - Sounds Like Freedom (Domanda Music)
Sounds Like Freedom is the second release from LA-based record label, Domanda Music. It was recorded in September 2021 in Verona, Italy and conceived by bass player Rosa Brunello with notable contributions from UK Jazz star Yazz Ahmed, Arabic experimental music pioneer Maurice Louca and Italian drumming sensation Marco Frattini. Each track is the result of spontaneous improvisations, which have been lovingly post-produced by Rosa Brunello herself and label founder Tommaso Cappellato.

The Master Musicians of Jajouka led by Bachir Attar - Dancing Under the Moon (Glitterbeat Records)
Based in Jajouka, Morocco, The Master Musicians are a collective of Jbala Sufi trance makers, committed to creating a contemporary representation of their centuries-old musical tradition. The album is produced by long time band leader Bachir Attar, and with all but one of the tracks exceeding 10-minutes in length, it is clear that these recordings authoritatively grasp the textured essence of this timeless ensemble.

The Mutual Torture - Don't (NSP)
The Mutual Torture project comprises Javiera González (vocals), André Schöne (bass) and Tobias Freund (drum computer / electronics). The trio’s modus operandi is deeply rooted in Post Punk paranoia, alien soundtracks, improvisation, and simulation. They formed a trio with a conceptual approach to transforming the energy and the boldness of a genre which is known for its pioneering spirit, overwhelming playfulness, and a strong desire to experiment.

The Mystic Revelation of Teppo Repo - Kosmoksen erakko (Sahko Recordings)
Comprising Otto Eskelinen, Eero Tikkanen and Arwi Lind, the music of TMROTR is channelling the spirit of the Finnish forests and nature, combining shepherd music with hypnotic and subtle elements of spiritual jazz and nyabinghi rhythms. Their instrumentation includes various self-built and custom-made instruments such as a log percussion setup and many kinds of flutes.