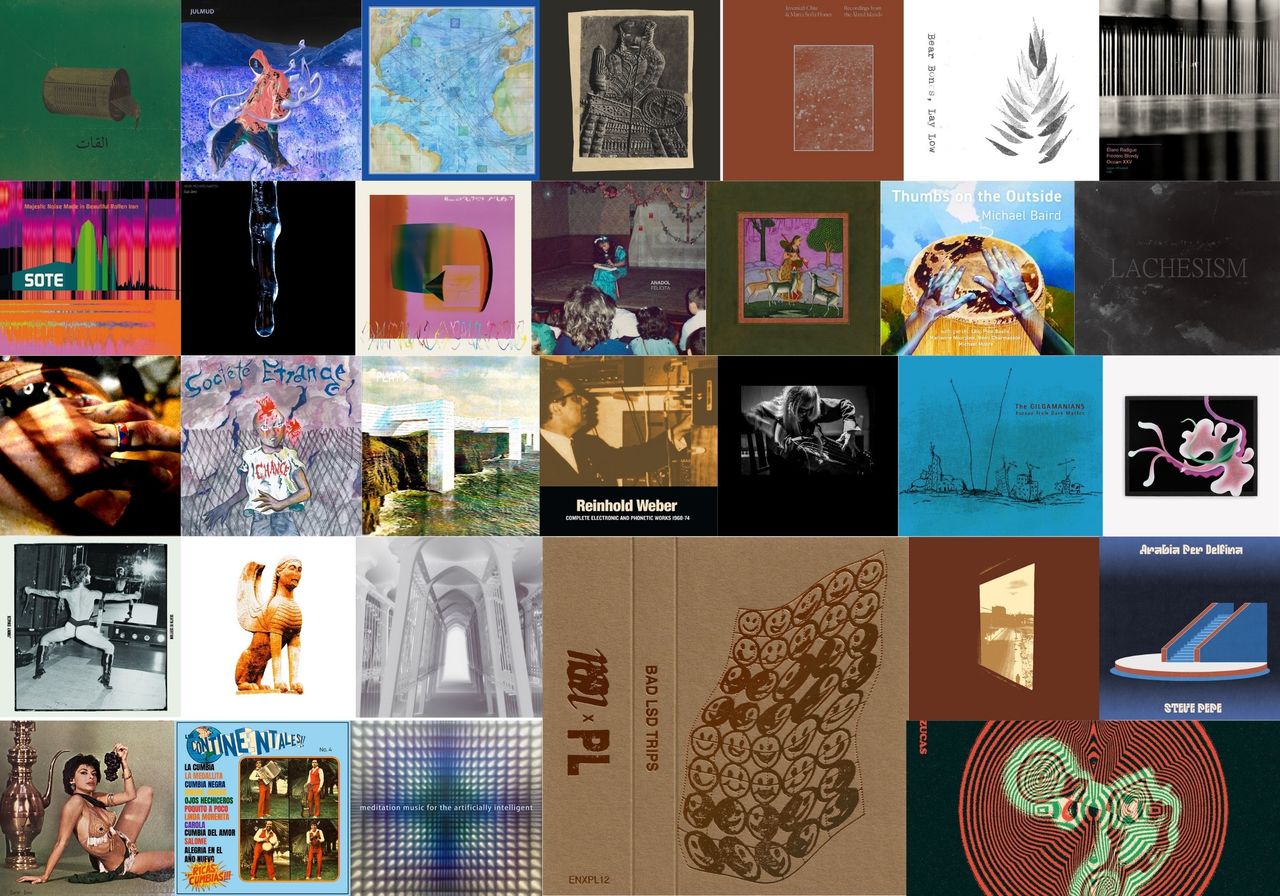 Spring is here. This month we present 31 albums and compilation comprising ambient, meditative and experimental music, cumbia, polyrhythmic beats, free-jazz and improvisation, electronic and post-rock, both new and reissues.

Meanwhile, listen back to our recent episode of the Staff Picks radio show, broadcasted live on Black Rhino Radio. 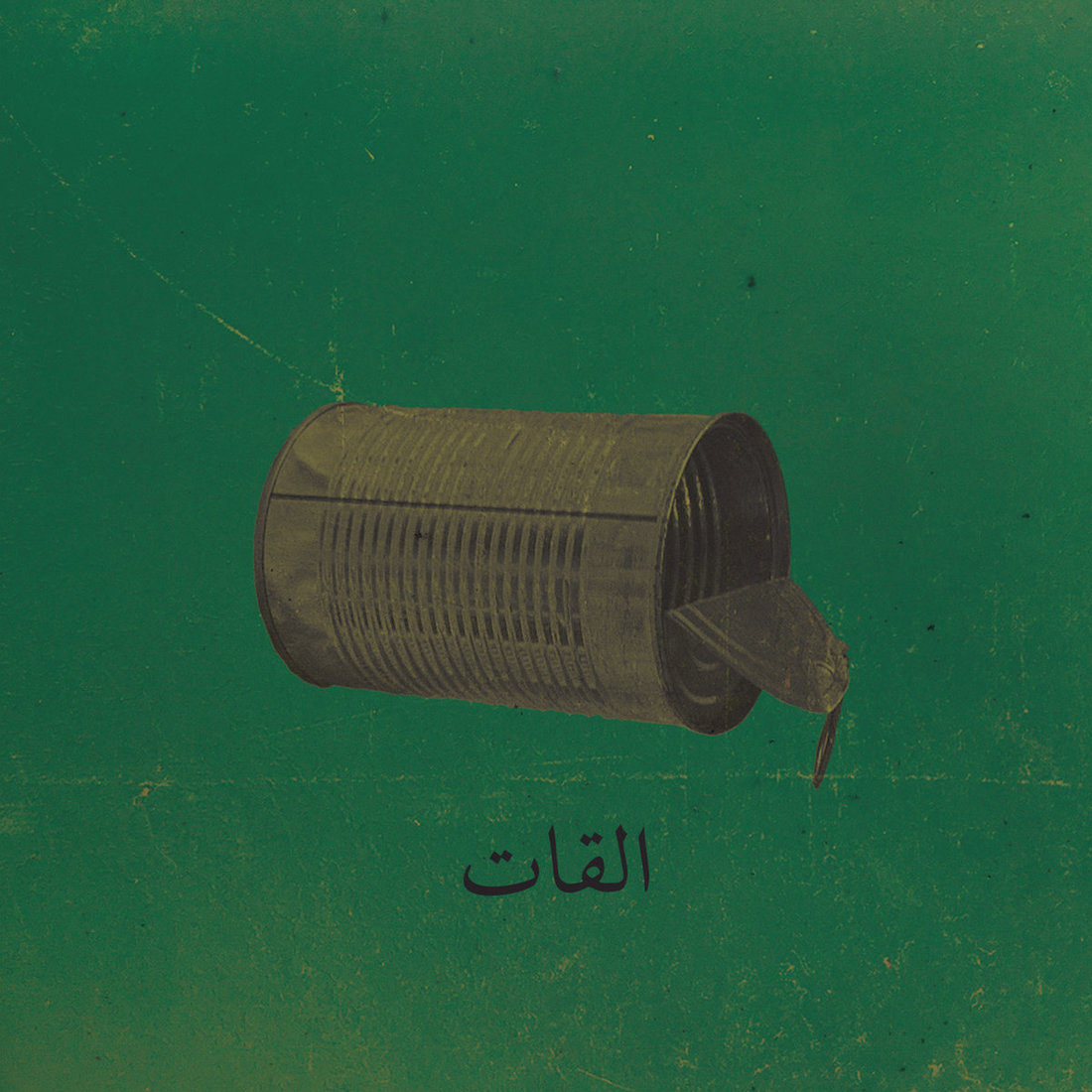 El Khat - القات - Albat Alawi Op.99 (Glitterbeat Records)
Adjin Asllan, Tarik Bulut, the Garabed Brothers, et al - In an Egyptian Garden (Canary Records)
From the 1910s through the 1950s, immigrants released 78rpm discs marketed to their own language / ethnic groups, and that practice survived for a century well into the era of the 33rpm, 45rpm, cassettes, and CDs. But from the mid-50s though the mid-70s some Greek, Armenian, and Lebanese-Syrians capitalized on the belly dance fad by issuing their recordings to a broader American public. While many of those recordings drew straight from the repertoire of pre-existing bands, some of the resulting LPs represented ad hoc groupings of performers that were unique and, in retrospect, interesting.

Anadol - Felicita (Pingipung)
A sense of authentic exploration, introspection and celebration coats every inch of Anadol’s latest album. After 2019’s Uzun Havalar she returns with an album that continues to explore a variety of deeply embedded musical traditions while also hurtling into new terrain.

Badawi - Lessons In Hand To Hand Combat (UPA Recordings)
The Badawi project was produced by Raz Mesinai. The first versions began in the late 80s under the PSY Co umbrella, then released on Ruff Riddim Productions (cassette only) then legendary punk/dub/reggae labels ROIR, Asphodel and BSI. Badawi works have been featured in many block buster films, including Black Hawk Down, The Wrestler and The Truth About Charlie. This is his latest work, out on UPA Recordings.

Bad Lsd Trips - Bad Lsd Trips (enmossed)
Bad Lsd Trips is a collaboration between artists Domingo Castillo and Doris Dana. Working through the process of developing sounds during the pandemic, the duo amassed large swaths of recordings on a weekly basis from 2020 and 2021 in Miami, Florida. The debut recording of Bad Lsd Trips for the ENXPL series is documentation of improvising and honing a sonic vocabulary that is rooted in the tradition of early industrial, dark ambient and tape music. The backdrop of the recorded effort is a geographical conundrum of a city worn threadbare by candied advertising, tourism, and aesthetics. Bad Lsd Trips inverts the spectacle of their locale with psychedelic meditations searching for, and occasionally digging inside of, a place of ease.

Éliane Radigue & Frédéric Blondy - Occam XXV (Organ Reframed)
In 2018 experimental festival Organ Reframed commissioned Éliane Radigue to write her first work for organ, 'Occam Ocean XXV'. Radigue worked closely with organist Frédéric Blondy at the Église Saint Merry in Paris before transferring the piece to Union Chapel for its premiere at Organ Reframed on 13 October 2018. The recording on this compact disc was made at a private session at Union Chapel on 8 January 2020.

Eldritch Priest - Omphaloskepsis (Halocline Trance)
It might seem tongue-in-cheek on the surface, but the fact that the title of Eldritch Priest's sprawling debut vinyl release, Omphaloskepsis, is the Greek translation for “navel-gazing” unlocks something essential to the Vancouver- based composer and writer's singular outlook. 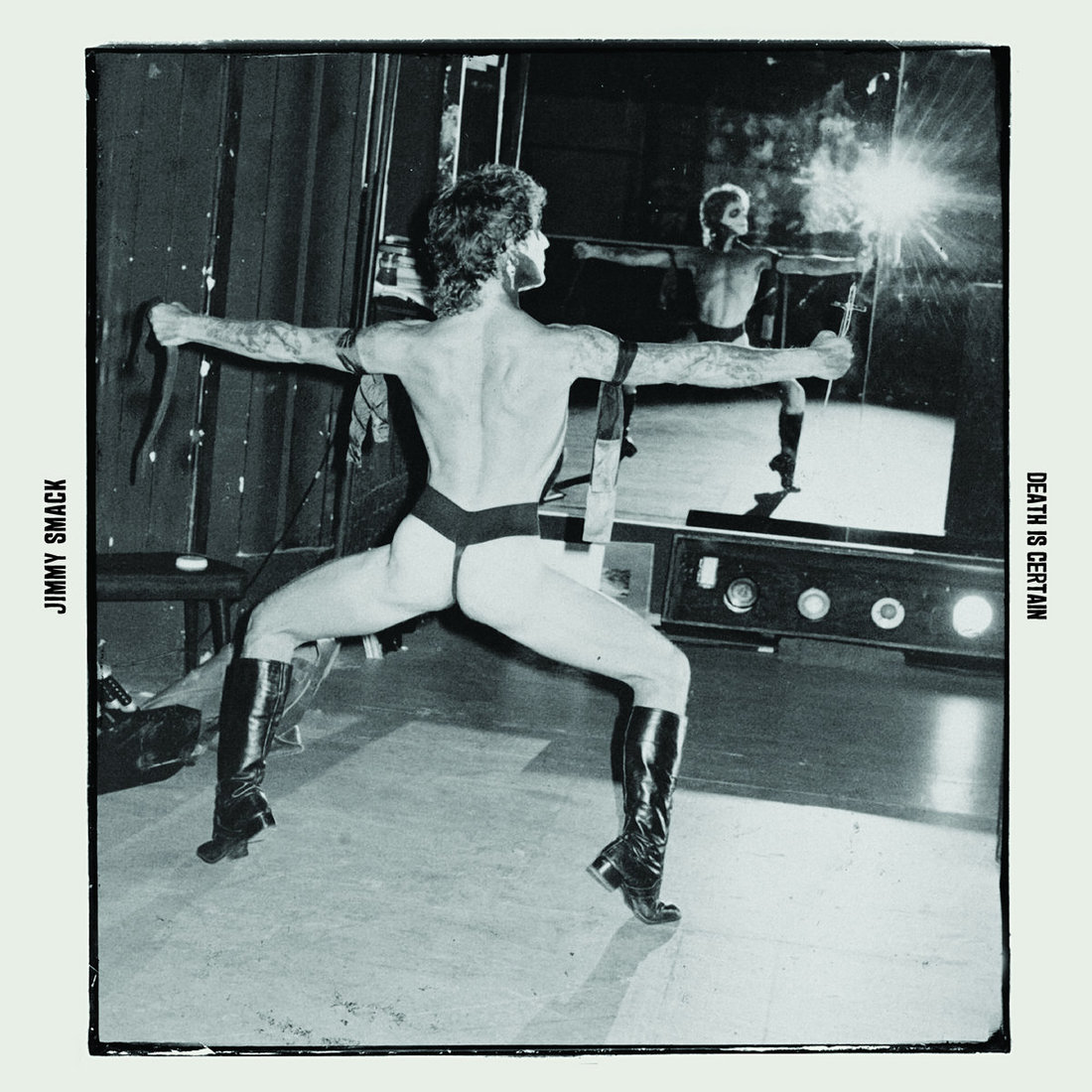 From Jesu to Keiji Haino

Grykë Pyje - Squirlich Stroll (mappa)
Slovakian label mappa commits to the duo Grykë Pyje, releasing their third LP "Squirlich Stroll". Maintaining the fabled tone of their debut on the label, Jani Hirvonen (Uton) and Johannes Schebler (Baldruin) dig deeper into the sonic vein of myth and fabric of yonder. The music in "Squirlich Stroll" unravels as a yarn brought back from a wild voyage.

V.A. Hallow Ground presents: Epiphanies (Hallow Ground)
On Epiphanies, the first-ever "concept-compilation" to be released by Hallow Ground, artists such as Maria W Horn, FUJI||||||||||TA, Lawrence English, Siavash Amini and Norman Westberg, who all have previously released music on the Swiss label, were commissioned to pursue a non-rational creative process in approaching the phenomenon of epiphany through sound.

Jeremiah Chiu & Marta Sofia Honer - Recordings from the Åland Islands (International Anthem)
The combination of modular synthesizer and viola is an uncommon one, but Jeremiah Chiu & Marta Sofia Honer manage to create a distinctive dyad that comes together with grace and truth. They’ve accomplished this by bringing much more than their respective axes to the table. Years of collaboration, cohabitation, shared experience, and separate but equally inspired commitments to utilitarian cultural work bind their disparate timbres together into a singular aesthetic reality.

jesu - jesu (Deluxe) (Avalanche Recordings)
The first jesu full length album, originally released in 2004 on Hydra Head Records. This is the digital edition of the entire 5 X LP boxset reissue with one digital only bonus track; it contains the original album, the 'clean mix/picture disc mix', Japanese CD bonus tracks, a rare comp track and live material from the period of release (2005), almost 7 hours of music.

Jimmy Smack - Death Is Certain (Knekelhuis)
Across two 7”s, Death Or Glory (1982) and Death Rocks (1983) and one 12”, Anguish (1982) Jimmy Smack carved his own bleak chasm amidst the LA Death Rock scene that he inhabited. After decades dormant in the crypt, Knekelhuis finally compiles Smack’s full recorded output, providing it a lavish place to rest on the Death Is Certain LP.

Julmud جُلْمود - Tuqoos | طُقُوس (Bilna'es بالناقص)
Tuqoos, Julmuds debut album release is a 15 track project rooted in heavy beats that bend space and time to subvert forms of enclosure. The sounds have an almost granular detailed texture while maintaining a gripping rhythmic flow via dense bass lines and a bitter sweetness in the melodies, blurring the lines between hanging on a street corner, at a protest or in a club. Produced in Ramallah - Palestine, Tuqoos pushes up against otherwise inaccessible space, resisting the conditions of a body in capture through sounds that morph, slip through and create breaks in times and spaces that remain occupied.

Keiji Haino - My lord Music... (Black Editions)
For over 25 years, Keiji Haino has used the hurdy gurdy to channel dark dimensions—creating music that bridges the centuries between distant medieval eras and a future awash in densely layered sounds that grind and float in an otherworldly atmosphere. "My lord Music…" is a suite of nine pieces that reveals the startlingly distinctive and wide range of Haino’s approach to the instrument. The music is at once dissonant and hypnotic, rich with unfurling drones that dynamically ebb and flow—Haino’s musical sensibility and physicality, always present and unmistakable. 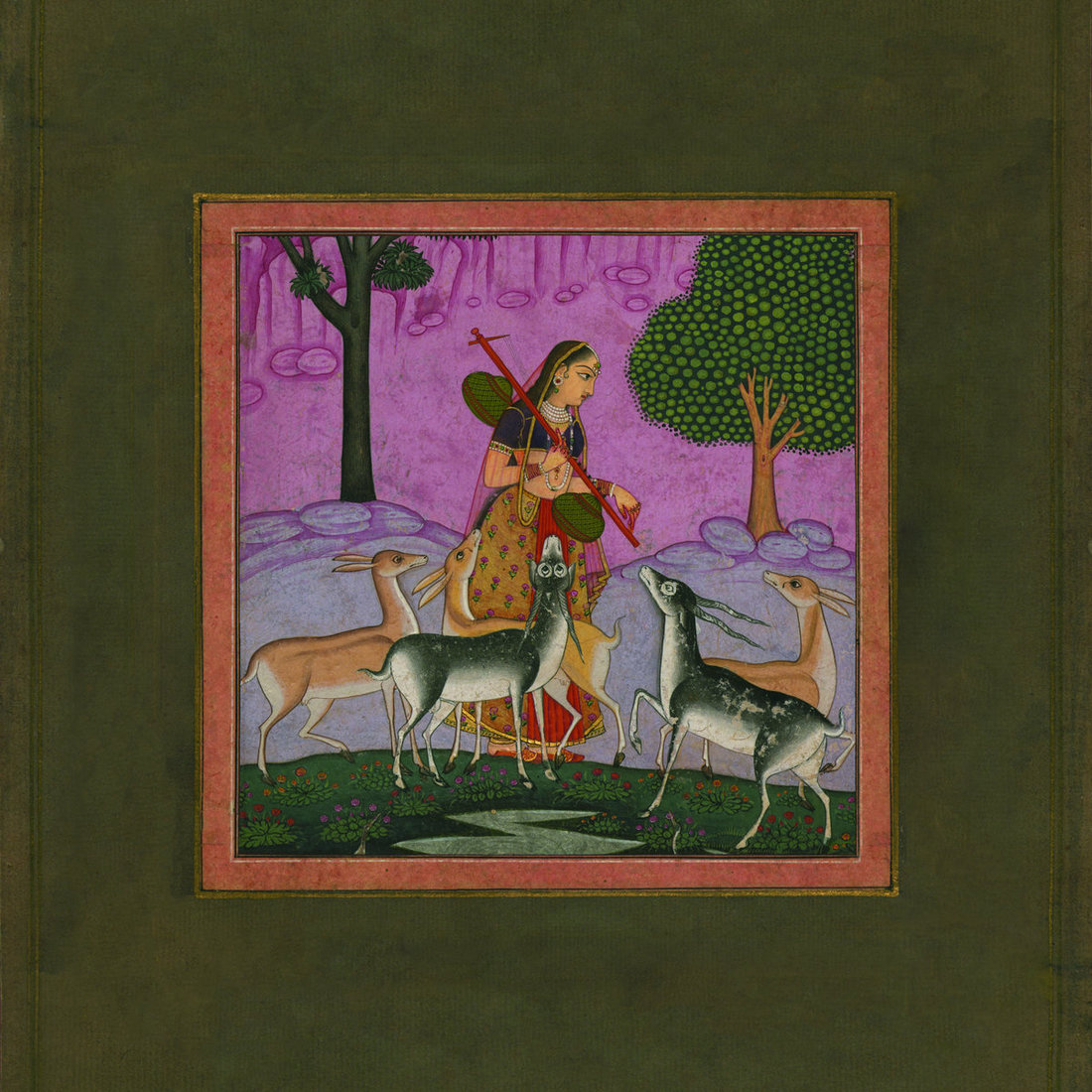 From Los Continentales to Mihalis Shammas

Michael Baird - Thumbs on the Outside (SWP Records)
Zambian-born drummer/composer Michael Baird grew up with African music. Still with one foot in Africa, and also one in Europe, Michael continues along his own contemporary path of pan-African modernism and deep grooves.

Michael Anklin - Mekonium (Sais Records)
Inspired by the pureness of ritual and traditional music, Mekonium sounds like a documentation of a fictional ceremony.

Mihalis Shammas - Cathedral (Moneda)
For its seventh release, Moneda presents Cathedral, a work by Mihalis Shammas. It features a unique string instrument: the Lyraei, which Shammas designed, engineered and fabricated over the last two years. The album is comprised of five longform drone compositions, captured over a series of one-take improvisations. They were recorded during isolation, in a period when Shammas, like many other artists, were unable to perform live.

Nurses with Knives - Lachesism (Veinte 33 Records)
Nurses with Knives is an industrial/dark ambient/noise project from Halifax West Yorkshire. Although initially starting off as a short-lived side project in 2009, since its 2012 reactivation, the project has outlived most of the former projects the artist has pursued and still publishes music today, which also has included a collaborative CV of work with Extratone and noise musician Pirtek from Derby and spoken word performer Miles Drake (real name Karl Whiting) from Leeds. 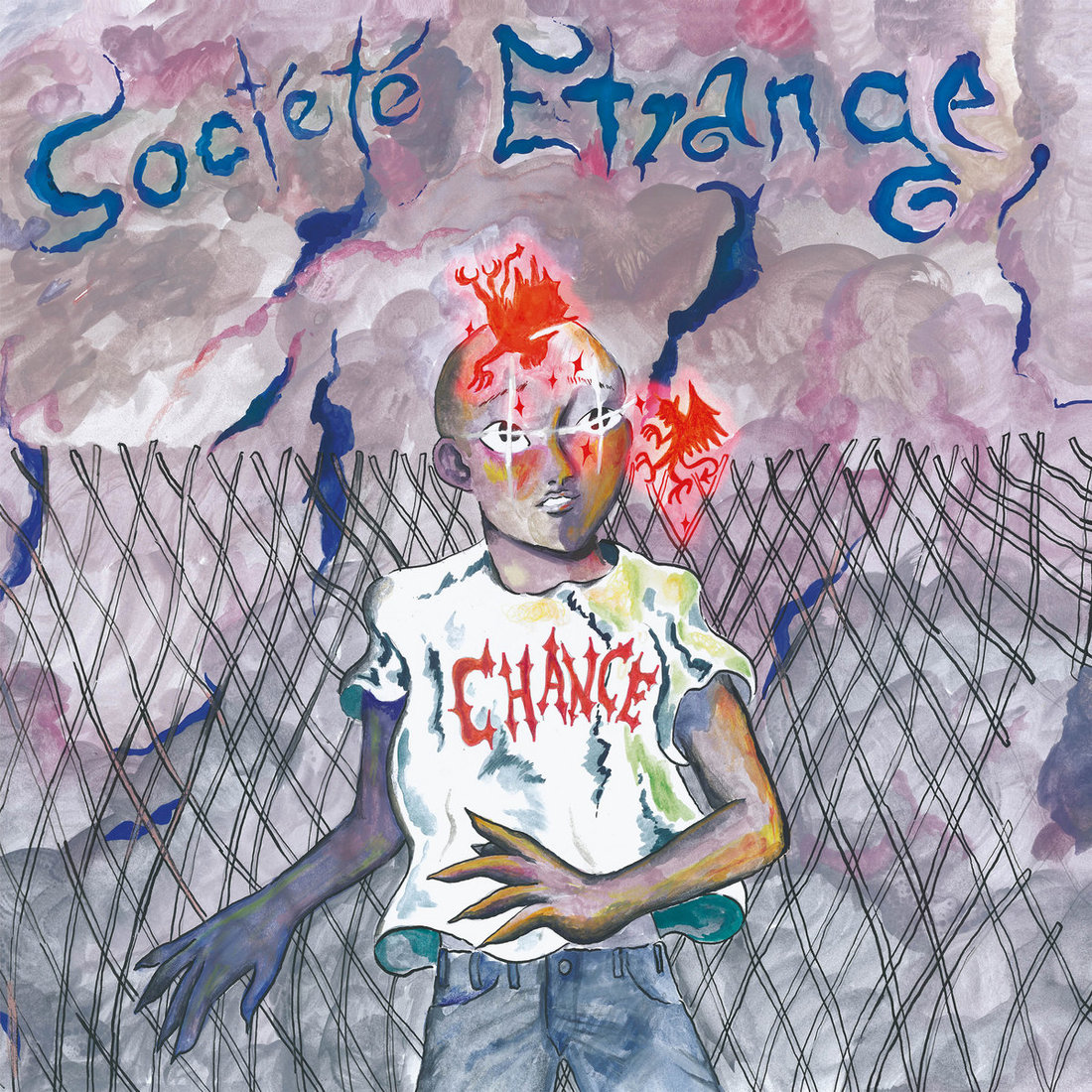 From Shane Parish to The Gilgamanians

Reinhold Weber - Complete Electronic and Phonetic Works 1968-1974 (Sub Rosa)
Reinhold Weber, born in 1927, was known as a pioneer of electronic music. In his compositions, Weber placed a focus on twelve-tone music, he became increasingly fascinated in the field of computer music since the 1970s. He produced numerous works at the Studio for Electronic Music at the University of Karlsruhe.

Rick Parker and Li Daiguo - Meditation music for the artificially intelligent (Chant Records)
The duo of Rick Parker (trombone, effects, synthesizers) and Li Daiguo (pipa, cello, guzheng, effects, voice) presents their second release and first for Chant Records, "meditation music for the artificially intelligent." Based in Brooklyn and China (respectively), the pair of forward-thinking musicians alchemically incorporate the sounds of trombone, cello, pipa, human voice and a variety of electronic instruments into a cauldron of sound that expands the overused "world music" genre designation to "universe music", or perhaps even "multiverse music".

Shane Parish - Liverpool (Dear Life Records)
Greek guitarist Shane Parish’s source material for making guitar arrangements of folkloric music is always the human voice, rather than the accompanying guitar or banjo playing one might hear on archival recordings. He transcribes the vocal melody first, then builds his own unique arrangements, allowing the contour of the tune to dictate the harmony, embellishments, and tunings that best resonate and give expression to the song.

Société Etrange - Chance (Les Disques Bongo Joe)
Chance is the second album of Société Étrange, composed of six love songs without words, with equivocal rhythms, glaucous turquoise bass and melodies affectionately tinged with melancholy. The album was recorded in July 2020 in Vaulx-en-Velin from a collection of materials and collective drift.

V.A. - Support Compilation (Pink Shine Records)
Underground tapes imprint Pink Shine Records presents a various artists compilation comprising only artists from Ukraine. All money from the sale of this album will go to help these artists, as well as to the fund for helping civilians in Ukraine.

The Gilgamanians - Escape from Dark Matter (Pink Palace Recordings)
The Gilgamanians reunite shortwave radio specialist Don Meckley and percussionist Michael Zerang, who were formerly two-thirds of the legendary experimental music trio, Liof Munimula, that was active from 1980 - 1995. After the death of original member Daniel Scanlan in 2018, Meckley and Zerang join forces again to record Escape From Dark Matter, a meditation on the looming climate catastrophe.