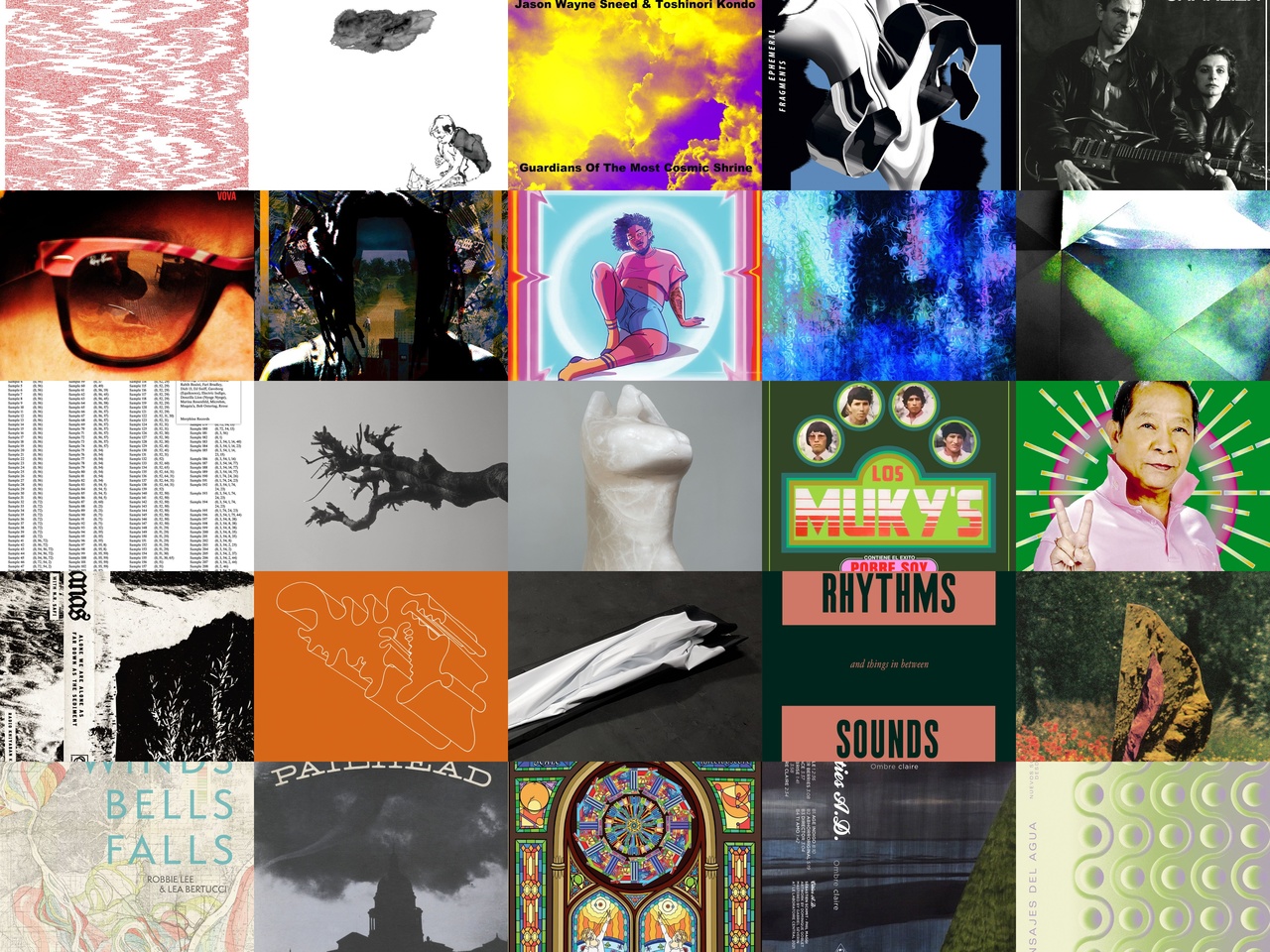 This month we present 25 albums and compilation comprising ambient, meditative and experimental music, cumbia, polyrhythmic beats, free-jazz and improvisation, electronic and post-rock, both new and reissues.

Meanwhile, listen back to our recent episode of the Staff Picks radio show, broadcasted live on Black Rhino Radio.

From Ale Hop to Bios Contrast 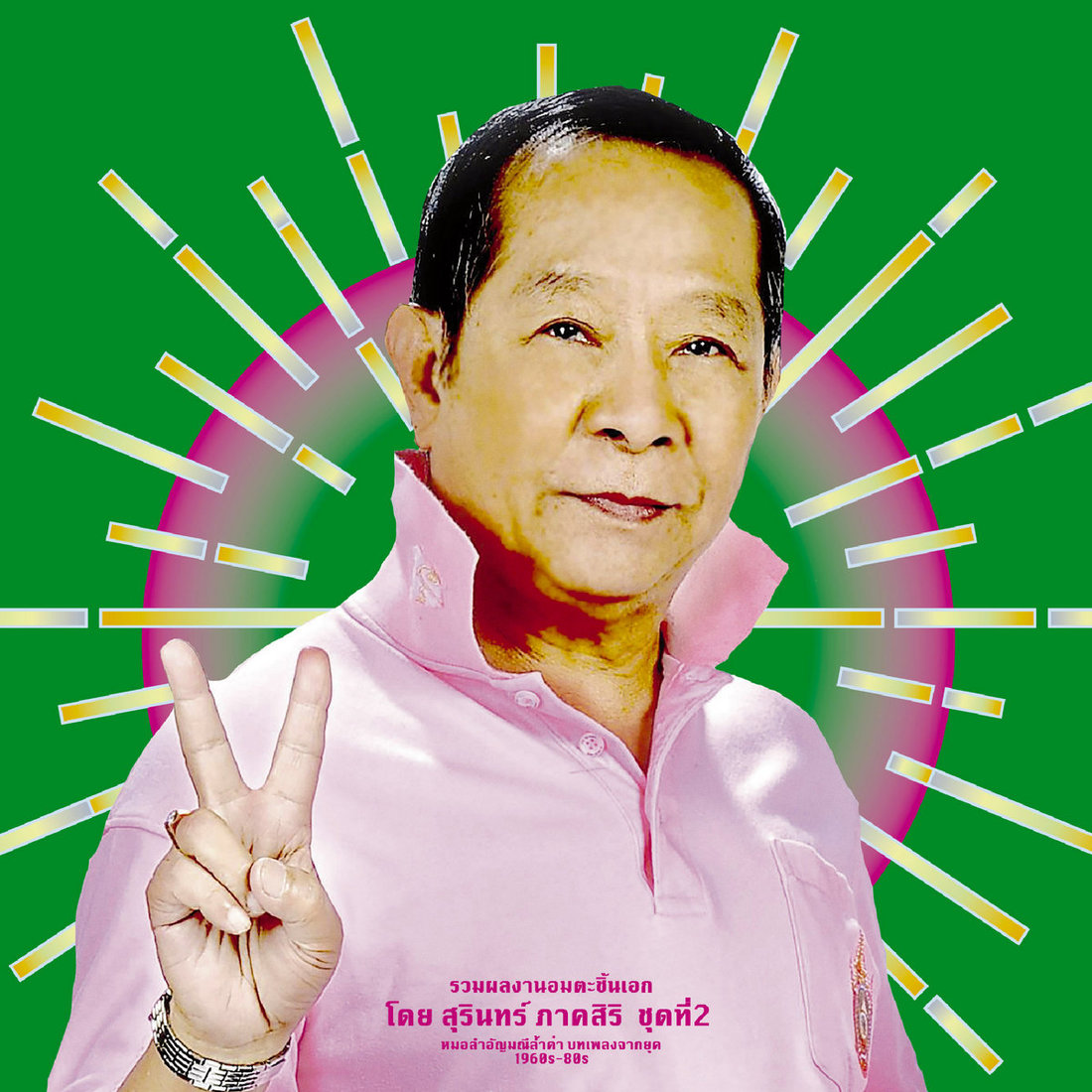 V.A. - Classic Productions by Surin Phaksiri 2: Molam Gems from the 1960s-80s (EM Records)
Alai K - Kila Mara (On the Corner)
East African poly-rhythms meet Berlin underground through the fire of Alai K. Once again OtC teams up with the finest producers coming up through the Santuri East Africa workshops and artist development.

Ale Hop - Why Is It They Say A City Like Any City? (Karlrecords)
The new album by the Peruvian-born / Berlin-based experimental artist Ale Hop was conceived in a context of immobility and provides six sonic vignettes that wonder about location, circularity, rootedness and experience. During the lockdown months, she started a process of remote collaboration, by sending messages, posted from various cities along a South American trip, to thirteen musicians from around the world. She journaled her impressions upon these places to an intimate fictional character while reflecting on matters of time, sound, space, cosmology and colonial memory. The thirteen musicians dialogued with this voice by taking upon the challenge of responding to the messages with sound collaborations.

V.A. - Classic Productions by Surin Phaksiri 2: Molam Gems from the 1960s-80s (EM Records)
EM Records again shines the spotlight on legendary Thai producer Surin Phaksiri in this second edition of his classic productions from the 1960s-80s. Surin Phaksiri is a highly esteemed figure in Thai music, rooted deeply in his native region of Isan in northeast Thailand, a producer with a deep respect for the traditional artistry of his culture, yet always moving forward, looking outward, listening ahead. The molam style of Thai music showcases the voice; indeed, the genre’s name means “expert singer”, and Thailand is blessed with an abundance of experts, singers with amazing control, grace, vitality and finesse. 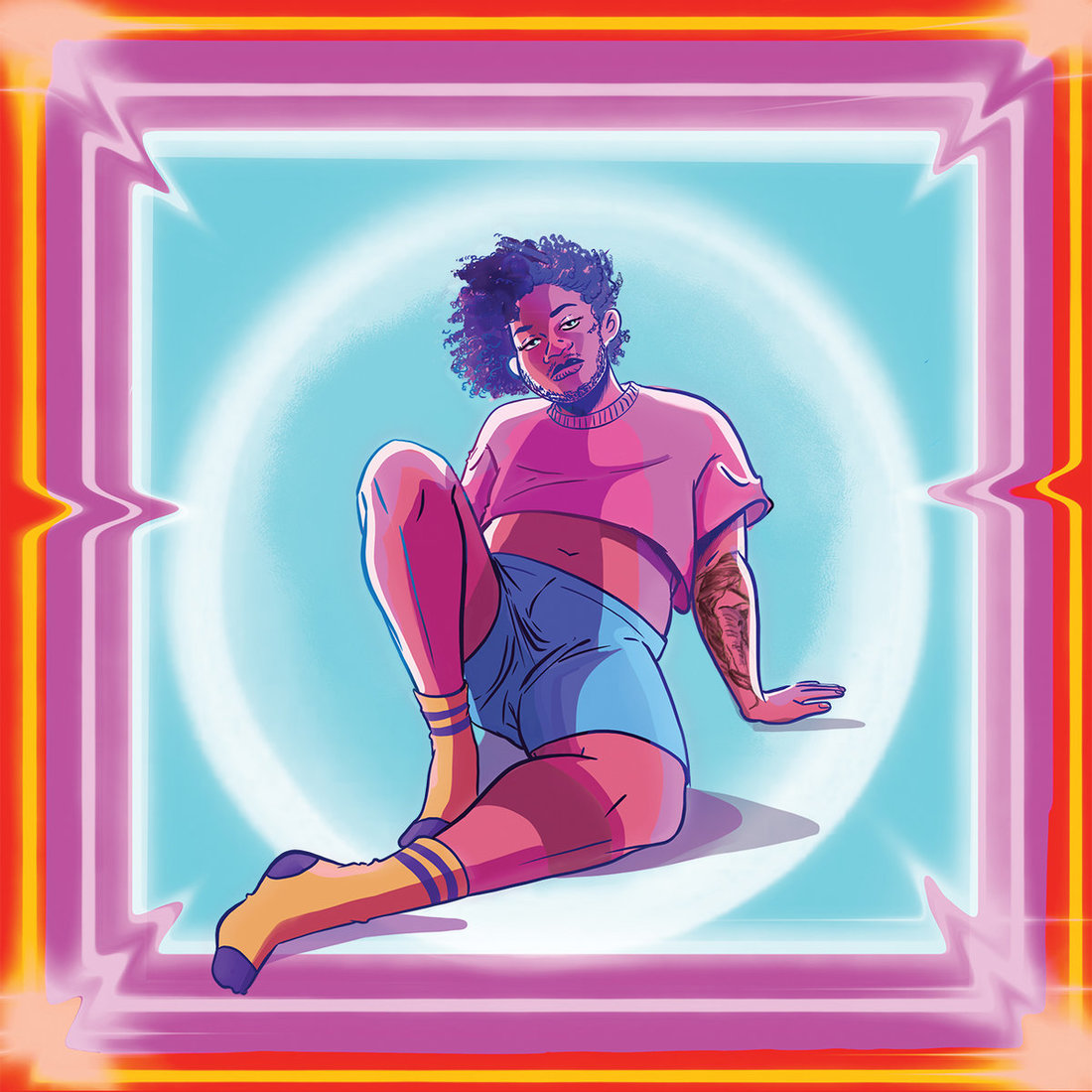 From Jacques Charlier to Los Muky's

Jason Wayne Sneed and Toshinori Kondo - Guardians Of The Most Cosmic Shrine (Chant Records)
"Guardians Of The Most Cosmic Shrine" is a collaboration between bassist/producer Jason Wayne Sneed and trumpeter/composer Toshinori Kondo. Friends for many years via correspondence between their respective home bases in the US and Japan, Sneed and Kondo worked remotely to record the album after meeting for a performance in Chicago in December 2019. Sneed produced the original tracks with Kondo’s specific sound and personality in mind, and Kondo recorded his parts at his studio in Japan. Several days after beginning work on the album, Sneed received news that Kondo had passed away on October 17, 2020. "It took me a minute to grasp how heavy of a responsibility this is. This album truly has his spirit in it. While working on it, I felt him with me in the room and felt his energy surrounding me", says Sneed.

Joy Guidry - Radical Acceptance (Whited Sepulchre Records)
"Radical Acceptance is a personal practice that has evolved in my life over the past year. This doesn't mean there aren't still tough times, but times of warmth and comfort are much more present these days. I will never be able to change my past, the things that hurt me, but I can live in a peaceful and beautiful life of my own creation. The most important thing I've had to teach myself is that there is nothing wrong with my body or my brain. My body is fat, and I struggle with my mental health daily, and neither of those things make me any less of a human being. I know that my Black, Fat, Queer and Nonbinary body is valid in every way. Learning to love my whole self unconditionally will be a lifelong journey, but I am just so happy to be where I am today. This is my radical acceptance." Joy Guidry 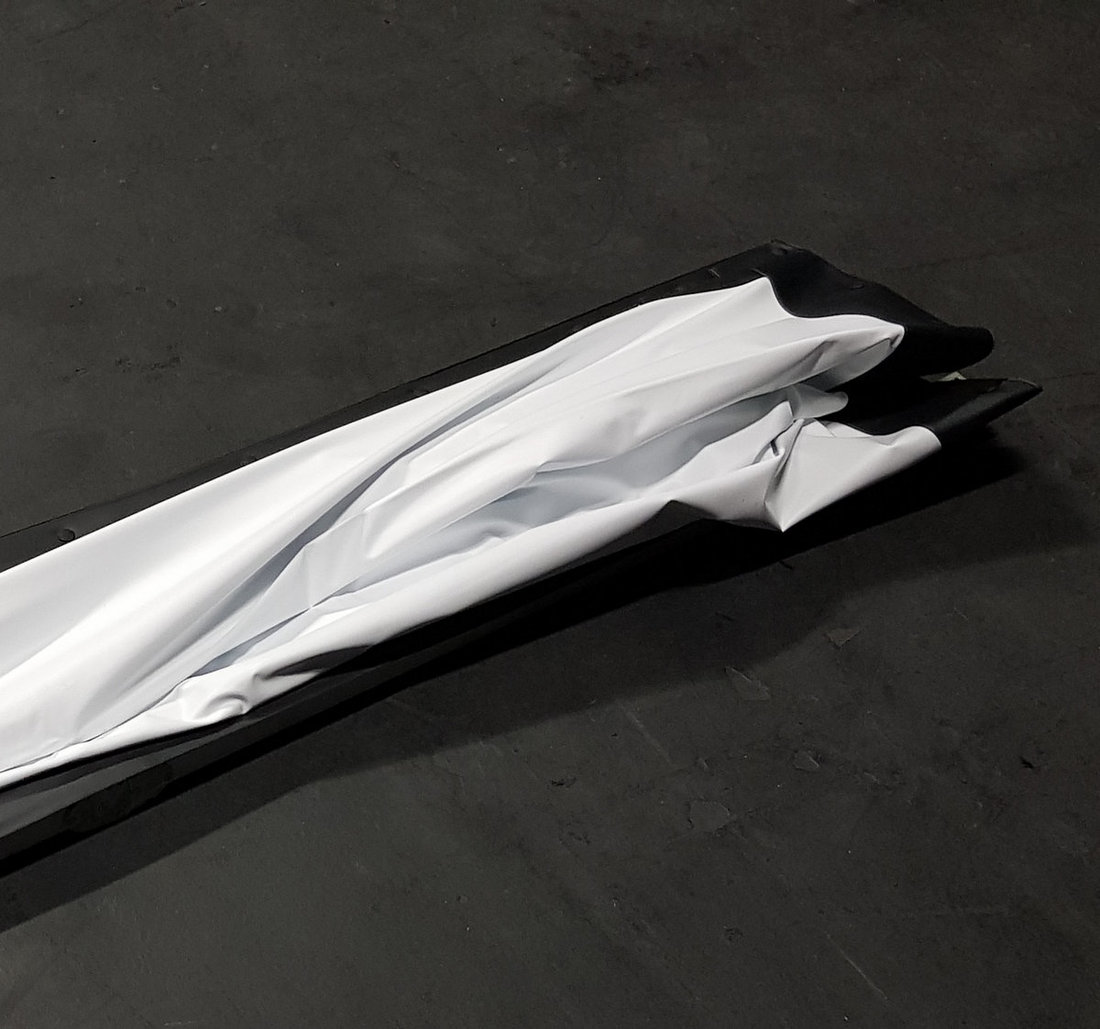 From Pailhead to Peter Maybury

MANAS (with N.R. Safi) - Alone We Are Alone As Far Down As the Sediment (Radio Khiyaban)
MANAS - otherwise known as the duo of iconoclastic guitarist Tashi Dorji and drummer extraordinaire Thom Nguyen - have made tsunami-sized waves in the free jazz and improv scene with their numerous tape and LP releases. Back in the summer of 2019 they invited Naujawanan Baidar's N.R. Safi to sit in with them at a show organized at Fleetwoods, a self-proclaimed "rock and roll wedding chapel" in Dorji and Nguyen's current home of Asheville, North Carolina. Captured on tape was roughly thirty minutes of raw and pummeling improvisation, guitar-become-drum-become-guitar.

V.A. - Mensajes del agua: Nuevos sonidos desde Perú Vol 1 (Buh Records)
Released by Buh Records, this compilation presents a selection of young Peruvian artists who have in common a taste for electronic and electroacoustic sounds. It offers a panoramic view of the new directions in electronic and experimental music made in Peru.

Peter Maybury - Landfall (Fort Evil Fruit)
Peter Maybury is a visual and sound artist and graphic designer based in Dublin. He has released recordings on Emigré Music, Sub Rosa and Fällt, and was a member of Thread Pulls and Rainfear. The source material for Landfall developed from a live drum performance to accompany his film installation of the same name. This album uses only acoustic and electronic drums as sound sources, woven into densely polyrhythmic, dub-inflected electronic pieces that alternate between odd and even time signatures. 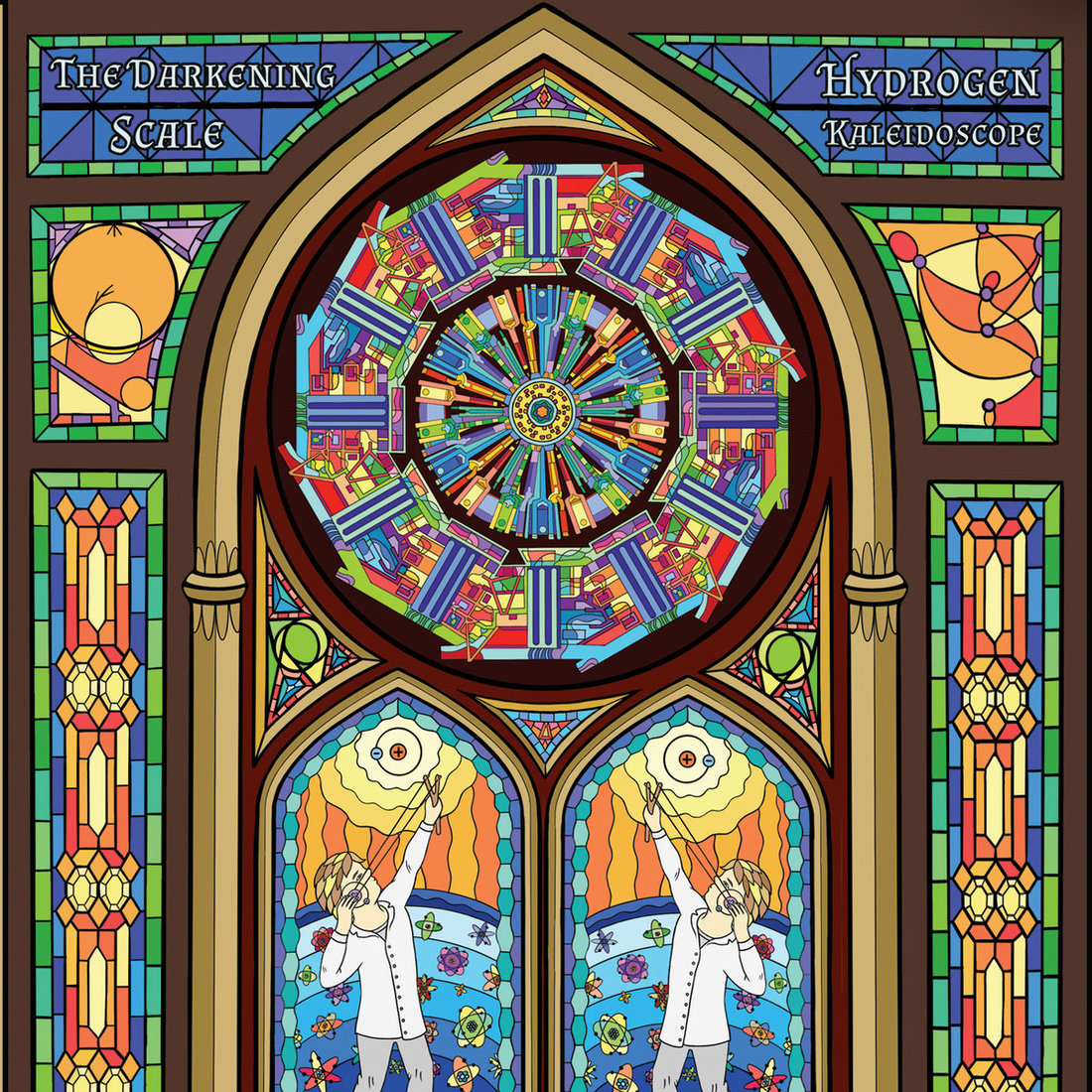 The Darkening Scale - Hydrogen Kaleidoscope (Klanggalerie)
David Janssen is best known for his work as ted The Loaf in Renaldo & The Loaf. When the band came to a halt in 2006, he concentrated on solo music, so The Darkening Scale project was born. It is a purely digital affair created by David in his home studio.

Vardae - Rhythms, sounds and things in between (Annulled Music)
The latest release of Annulled Music is Vardae’s new album, described by the artist himself as a piece of music combining all his musical influences, from reggae and dub to drum n bass by passing through techno and breaks. "The atmosphere starts with some deep dub then go to some darker and psychedelic terrain after passing by some dub techno and high speed breaks", says Vardae.