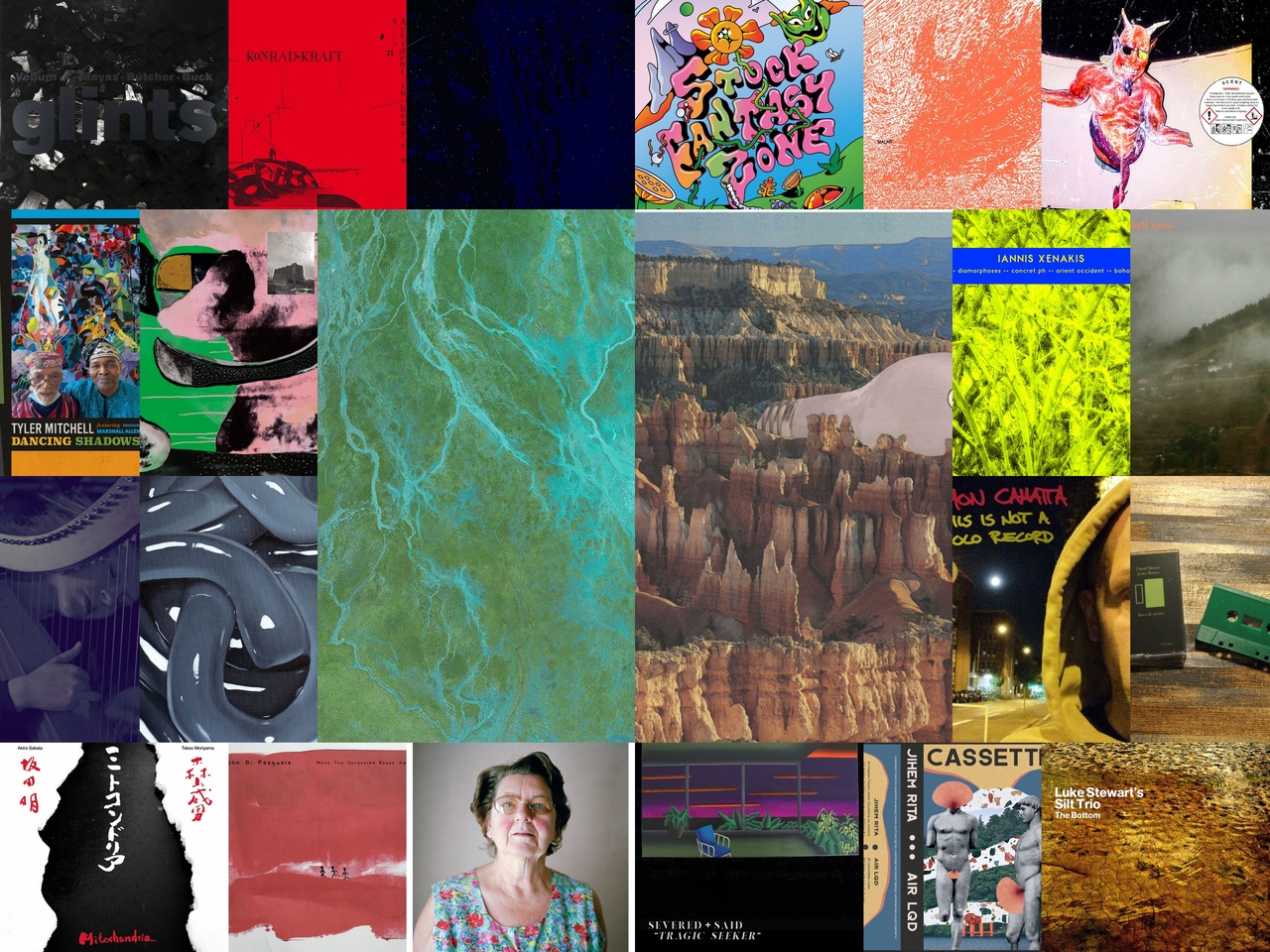 Starting the year in full swing, here's a diversified selection of releases from January 2022. This month we present 22 albums comprising experimental music, free-jazz and improvisation, electronic and post-punk, lost and found psychedelic gems, contemporary oddities, both new and reissues.

From Babau to Boris 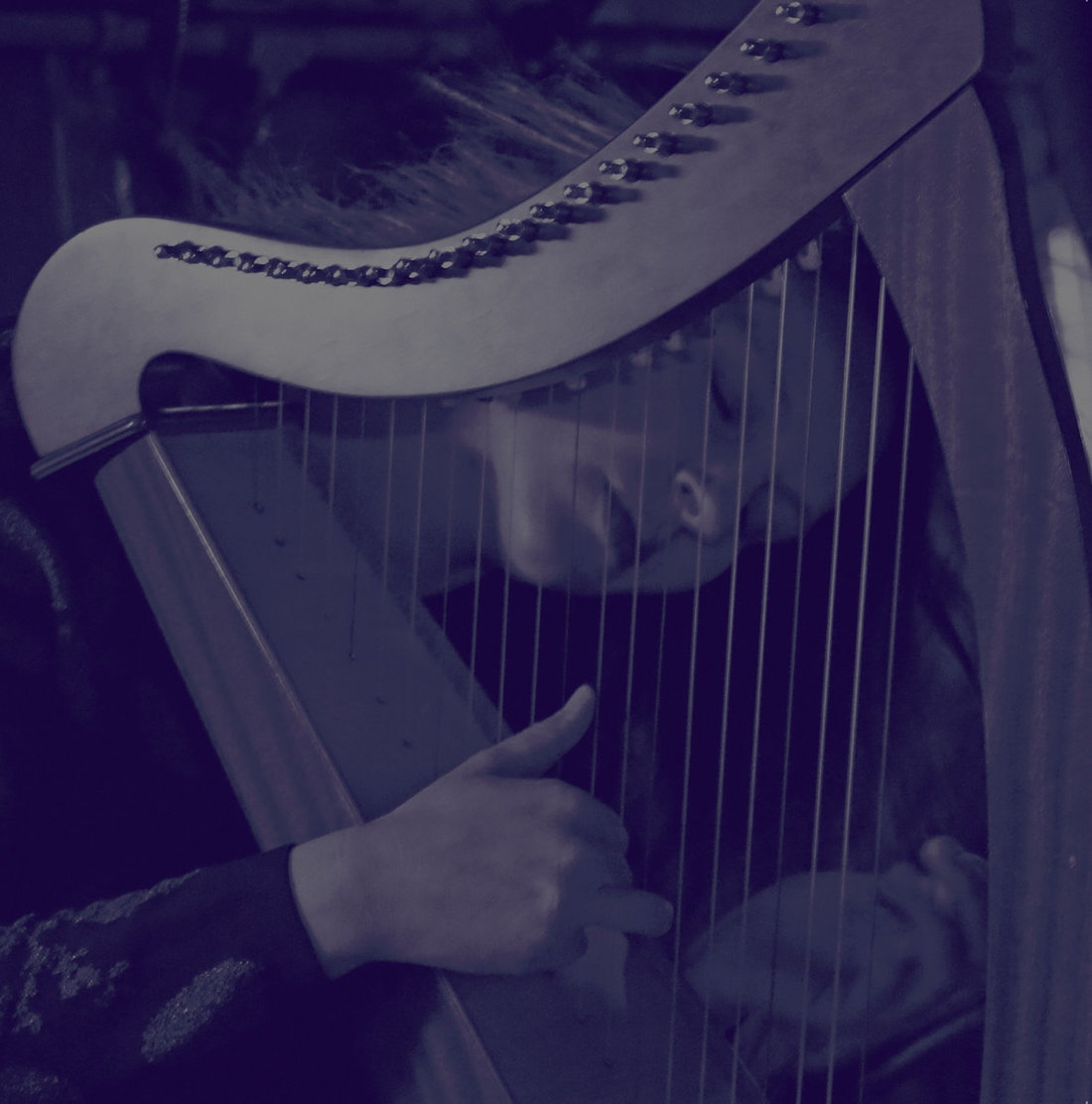 Ann Eysermans - For Trainspotters Only (Cortizona)
Acid Mothers Reynols - Vol.2 (Hive Mind Records)
In 2017 Kawabata Makoto and his Acid Mothers Temple embarked on an extensive tour of South America. During the tour they carved out time to record and play shows with Argentine 'disembodied' music provocateurs Reynols and these psychedelic works released by Hive Mind Records are taken from the result of these improvised sessions.

Ann Eysermans - For Trainspotters Only (Cortizona)
This is the debut album of the Belgian based multi-instrumentalist Ann Eysermans. For Trainspotters Only explores the possibilities of the train as a music instrument: a deep quest into a fascinating and mesmerizing world, which started as a five year old kid, when she climbed on board of the train helm station during a trip from Antwerp to Ostend. 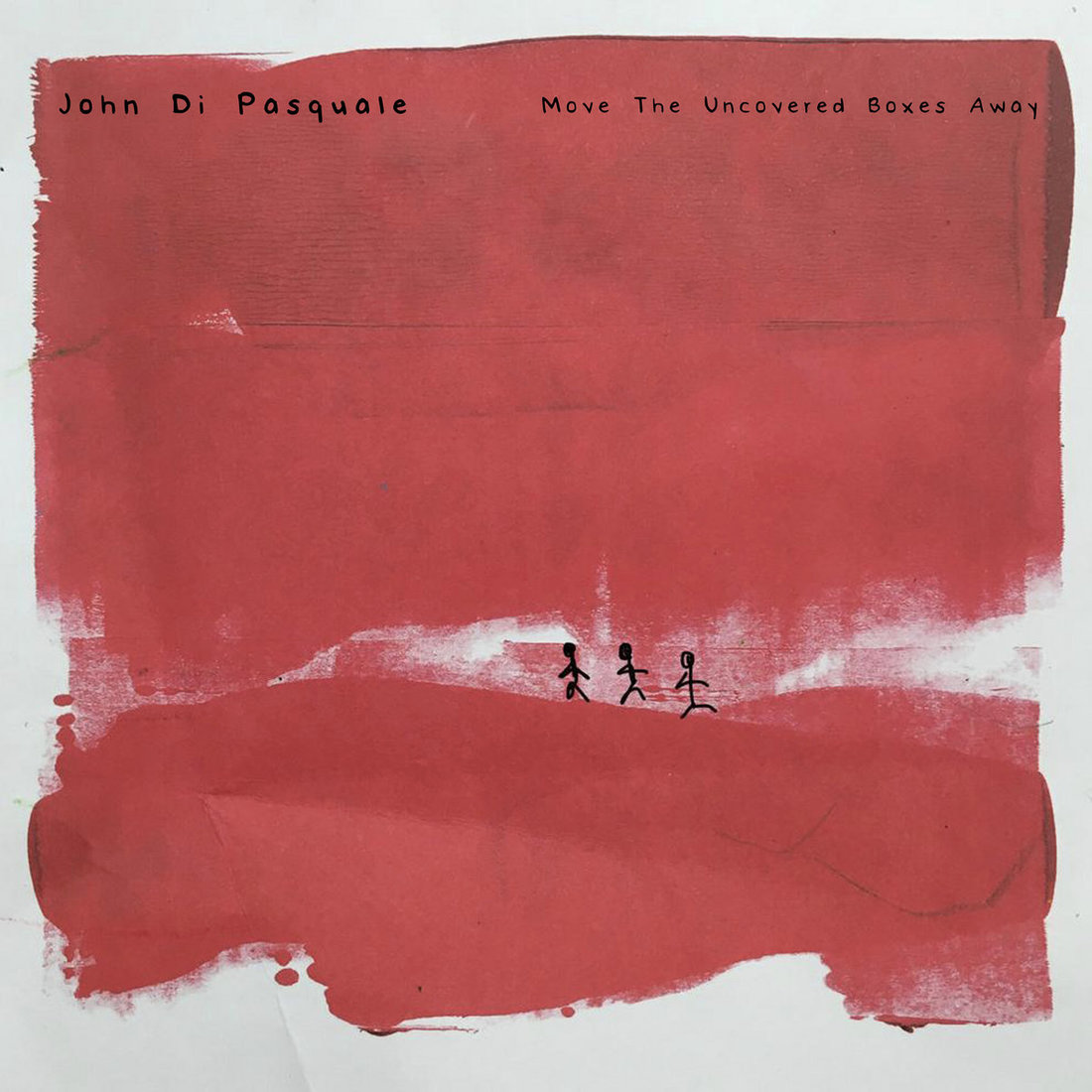 From Iannis Xenakis to Konrad Kraft

FINAL - Oblivion vol 2 (Avalanche Recordings)
Justin K Broadrick’s Final project returns with the second volume of Oblivion, released on the Avalanche Recordings imprint, recorded by Justin between 2010 and 2021. Final has existed sporadically since 1983, when Justin k Broadrick was 13, initially as an industrial / power electronics exploration, Final was shelved in 1986 whilst Justin pursued his activities with Napalm Death, Head Of David and, of course, Godflesh, and then revitalised in 1992, to traverse sombre, ambient themes and beatless spaces, sometimes almost exclusively guitar based.

Iannis Xenakis - .Electroacoustic Works (Karlrecords)
Karlrecords starts the year with a special release from Iannis Xenakis, a Romanian-born Greek-French avant-garde composer, music theorist, architect, performance director and engineer. The 5 LP / 5 CD box set „Electroacoustic Works“ celebrates the 100th anniversary of Xenakis (on May 29th, 2022), one of the most influential 20th century avantgarde composers. All tracks have been newly mixed by longtime zeitkratzer sound engineer Martin Wurmnest and mastered by Rashad Becker and finally reveal their full sonic range and dynamics.

John Di Pasquale - Move The Uncovered Boxes Away (Chant Records)
Move The Uncovered Boxes Away is the debut album by John Di Pasquale. The name of a trio rather than a single person, John Di Pasquale was formed as a laboratory for the research and experiments of London-based guitarist Filippo Ferazzoli (ŪROK, Adam Beattie) and features Jools Kelly on bass and Luciano Cocco on drums. This title is a post-rock journey through a kaleidoscope of intricate structures, tight grooves, rich textures, odd rhythms and manipulated tapes.

Konrad Kraft - Accident in Heaven (TAL)
Accident In Heaven was originally released in 1987 as a hand-made micro-edition of about 40 cassette tapes. It was only the third ever release on the short-lived now near legendary SDV label which had been established that same year by Konrad Kraft, Bernd Sevens and Dino Oon in Düsseldorf.

Luke Stewart's Silt Trio - The Bottom (Cuneiform Records)
Polymathic bassist Luke Stewart, a creative catalyst on the Washington D.C. (and beyond) music scene for almost two decades, introduces his protean trio with Chicago drum legend Chad Taylor and powerhouse DC saxophonist Brian Settles. "I approached the recording session as closely as possible to playing a set, arranging the sequence with that in mind", says Stewart. 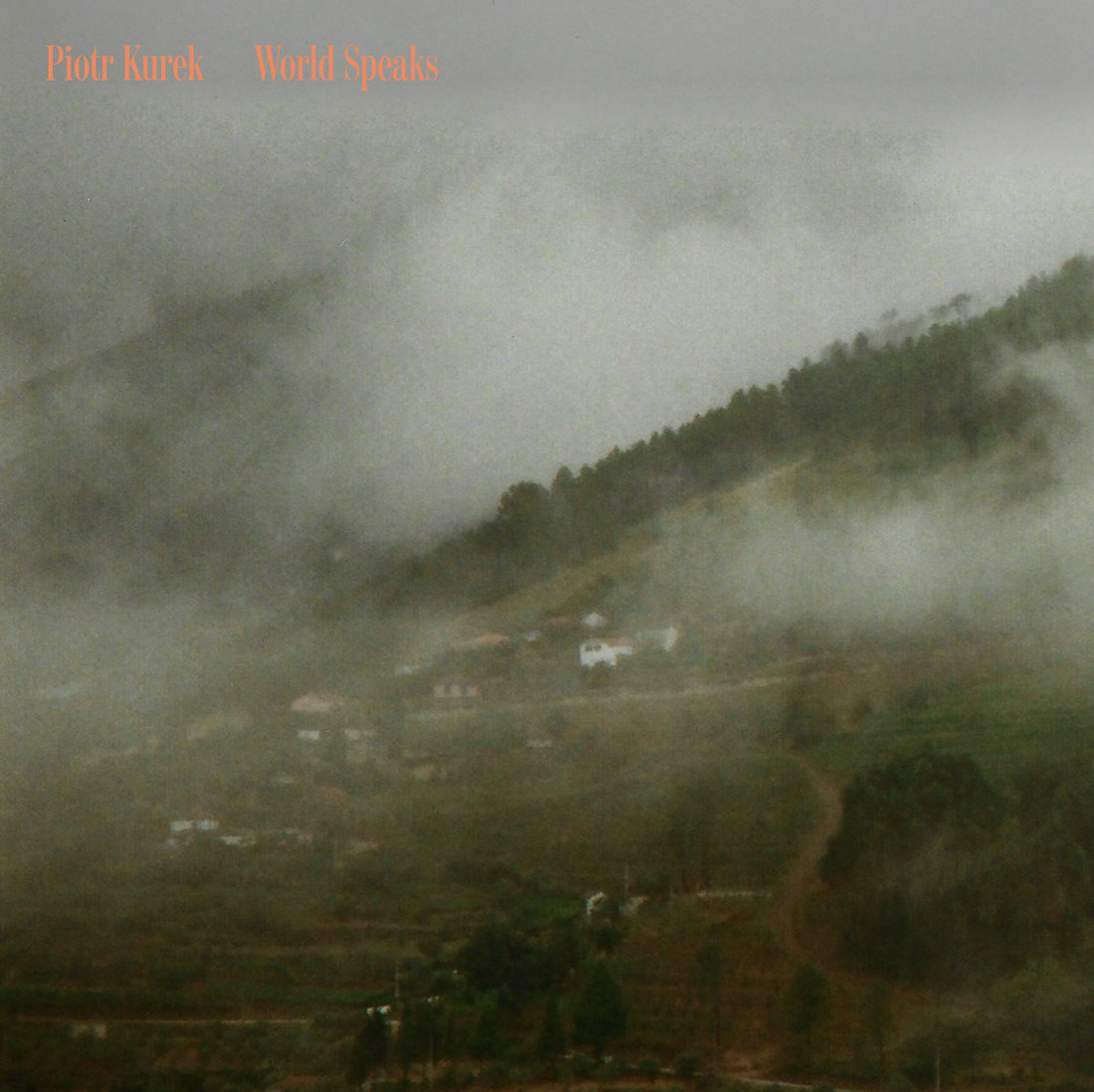 From Piotr Kurek to Sana Shenai

Not In Da Club - Not In Da Club (Opal Tapes)
Not In Da Club is a 30 minute segment drawn from an improvised performance by vocal experimenter Elvin Brandhi, Spooky-J, PQ and Ekhe (aka Spooky Shit) recorded at Nyege Nyege’s studio in Kampala, when the four met around the Ugandan festival’s 2019 edition.

Piotr Kurek - World Speaks (Edições CN)
World Speaks is a new album by Warsaw based composer and multi-instrumentalist Piotr Kurek, comprising a collection of seven meditative pieces seen as vivid paintings. Expect processed voices, fine reed solos, and organ melodies. "I saw an old photo of a group of people standing in a circle, facing each other. I imagined they were singing but I’m not sure about it … I guess it was just a gathering or some kind of dance choreography near the rocky seashore."

Severed+Said - Tragic Seeker (Not Not Fun Records)
John Touchton aka Severed+Said’s third thaumaturgic synth document for NNF, Tragic Seeker deftly conjures the mood and mythos of the Floridian void lurking behind its "eternal shores and menacing skylines. " Conceived and captured across three extended sessions at Jacksonville studio bunker Long Jump Records, the songs were repeated until they refracted, turning liquid and hypnotic. 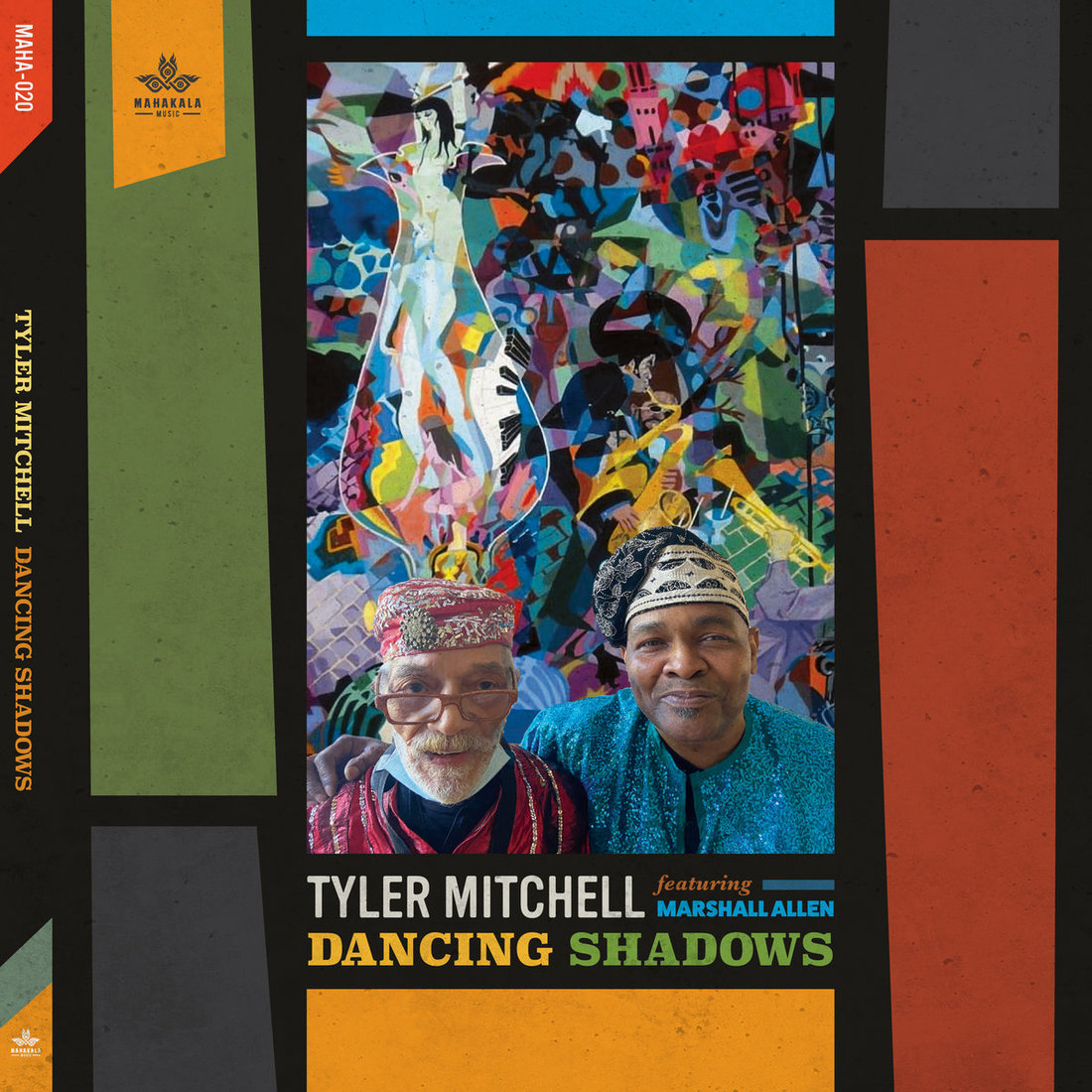 From Tiago Sousa to Uwalmassa

Simon Camatta - This Is Not A Solo Record (Umland Records)
Simon Camatta’s new album out on Umland Records comprises 15 short takes, played, recorded, mixed and edited by Simon Camatta on different locations in Essen, Ottersberg, Halberstadt & Bremen from April to November 2021. Simon is playing music of various styles and in many constellations around half of the world. At present you can listen to him with The Dorf, Handsome Couple feat. DJ Illvibe, The Wisseltangcamatta and as well with diverse projects of improv music, such as Fred Lonberg-Holm and in some theaters and dance ensembles. Topping it all he is solo on the way.

Simon Grab + Francesco Giudici - [No] Surrender (-OUS)
Simon Grab & Francesco Giudici’s [No] Surrender is a strong and uncut manifest against social injustices, packed into screaming feedbacks and towering drones. Grab lures tender noises and pulsating frequencies from his fragile no-input-mixing-setup, while Giudici adds linear and visceral guitar drones, opening a dialogue between the two musicians, the room, and the surrounding context. Together, they create a uniquely soft but angry musical creature that feeds from emotions of loss and anger to become a haunting call for change.

Tiago Sousa - Organic Music Tapes Vol.1 (Discrepant)
Portuguese pianist and composer Tiago Sousa presents a new meditative album, out on Discrepant. Using the piano as its primary tool of expression, Tiago has been slowly cementing his place as one of the most distinct voices to emerge out of the modern wellspring of piano driven minimalism.

Tyler Mitchell featuring Marshall Allen - Dancing Shadows (Mahakala Music)
Marshall Allen, 97 years young, multi-instrumentalist, composer, arranger, teacher, mystic, and wizard. He is one of the oldest active working musicians touring the world non-stop (except during COVID). Tyler Mitchell was a member of the Sun Ra Arkestra with Marshall in 1985 with Sun Ra, then much later when Marshall became musical director. On this recording Tyler has the opportunity to perform Marshall Allen and Sun Ra's compositions with a small ensemble. They used different ideas and concepts from two of Tyler’s former band leaders: Arthur Taylor and the Sun Ra Arkestra.

Uwalmassa - Malar (Mana Records / DIVISI62)
Uwalmassa shape their relationship with various forms of musical heritage into technical and stylish forms on Malar, marrying acoustic sonics with a contemporary outlook that reflects their Indonesian identity; evolving, mutating, and scavenging traditions to draw parallels to dance music, and to test the adaptability and flexibility of those sounds.