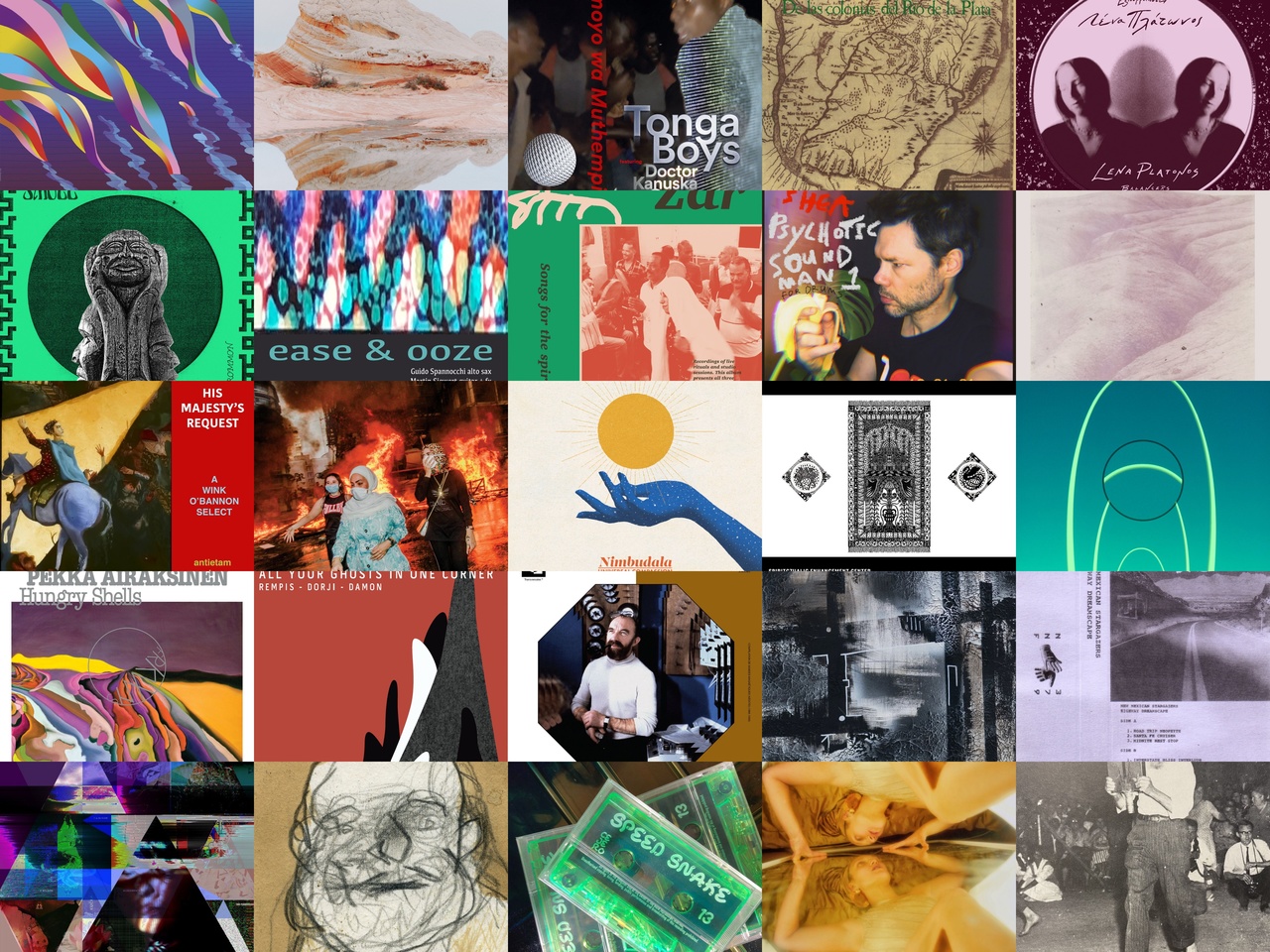 From Ben Bertrand to EVOL 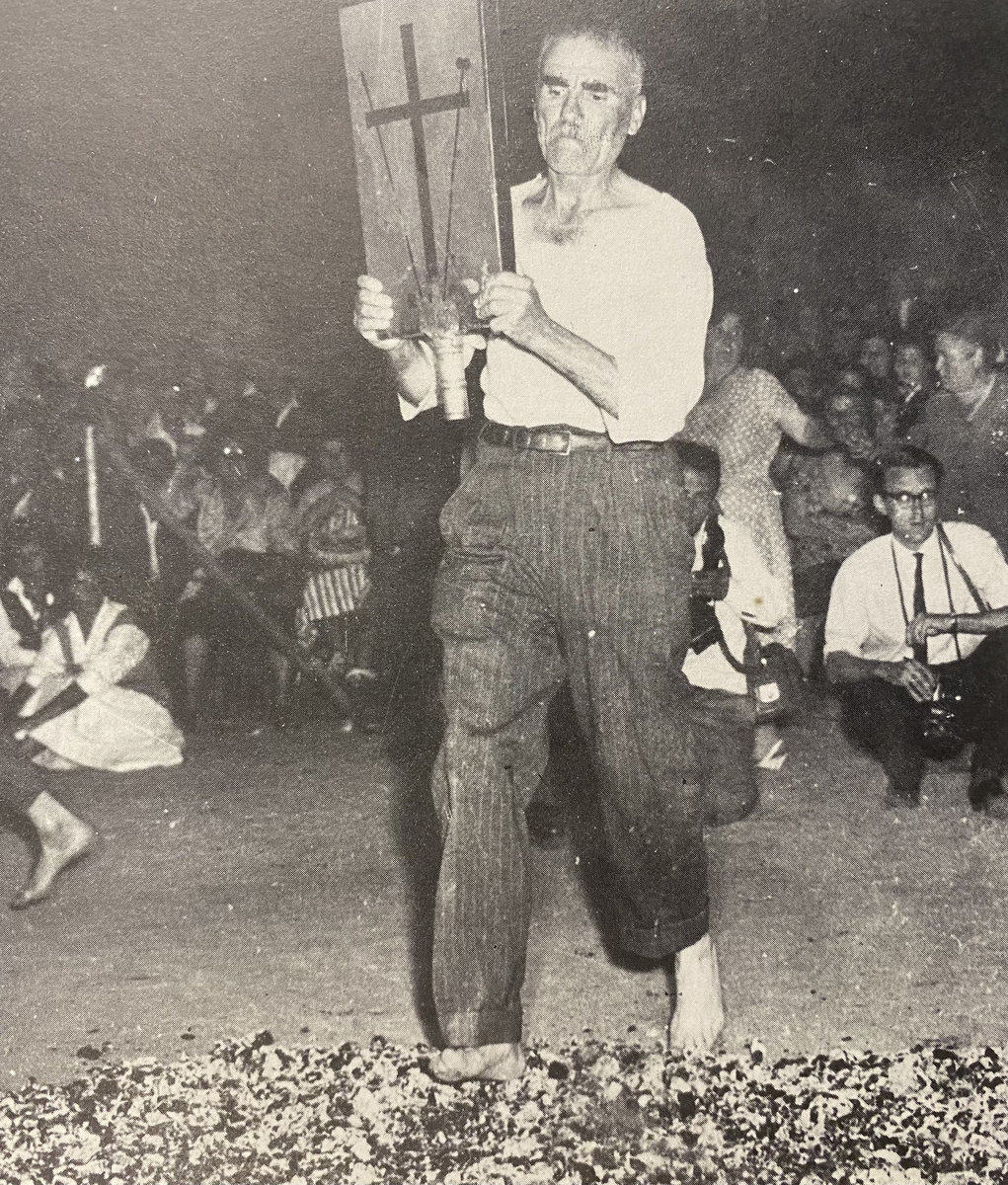 V.A. - Anastenaria: Thracian Firewalking Ritual Music (Canary Records)
V.A. - Anastenaria: Thracian Firewalking Ritual Music (Canary Records)
The practices of the Anastenaria of north-eastern Greece have been a source of fascination due to their relationship to ideas of the survival of pre-Christian ritual and their cross-cultural connection to similar enactments of faith and courage performed in opposition of physical safety. The music connected with the rituals does not circulate widely, but a scarce album issued in Greece in 1974, reissued by Canary Records in its entirety, is a window into the festival.

Antietam - His Majesty's Request: A Wink O'Bannon Select (Motorific Sounds)
In the spring of 1978 in Louisville, Kentucky, several punk bands formed one of the earliest regional alternative scenes in the US. Wink O’Bannon was a prime architect of that scene. His smart, muscular, and kinetic guitar style, though drenched in the history of the rock, punk, and blues players he so avidly consumed, was uniquely his own. As a member of many Louisville-related acts, most notably roots rockers Bodeco and guitar-driven juggernauts Eleventh Dream Day, he continued to be a monumental force through more than 40 years of passionate devotion to rock. His Majesty's Request is an album comprised of some of Wink’s favorite songs performed by his friends, in most cases backed by the band Antietam (Tara Key, Tim Harris, and Josh Madell).

Ben Bertrand - Dokkaebi (Les albums claus)
Ben Bertrand weaves transverse waves into otherworldly compositions. He embodies the singular motion of these melodic and harmonic forms to draft new sonic possibilities freed from the laws of the physical plane. Pulsating at the kernel of Ben Bertrand’s musical universe are vivid dreams generating the fabric of these tapestries. Dokkaebi is deeply familiar yet refreshingly unknown, like a comforting whisper from your subconscious. It gently drifts into perception, glistening like the sun sparkling off a glacier gliding along the edge of your vision.

Fernand Schirren - Dimanche / Masques / Cartoon Circus (Futura Resistenza)
This compilation of works by musician and composer Fernand Schirren gathers never published before music that he specially composed for the short films 'Dimanche' by Edmond Bernhard in 1963, 'Masques' by Jean-Marie Buchet and Marc Lobet in 1959, and Cartoon Circus by Benoit Lamy and Picha in 1972. 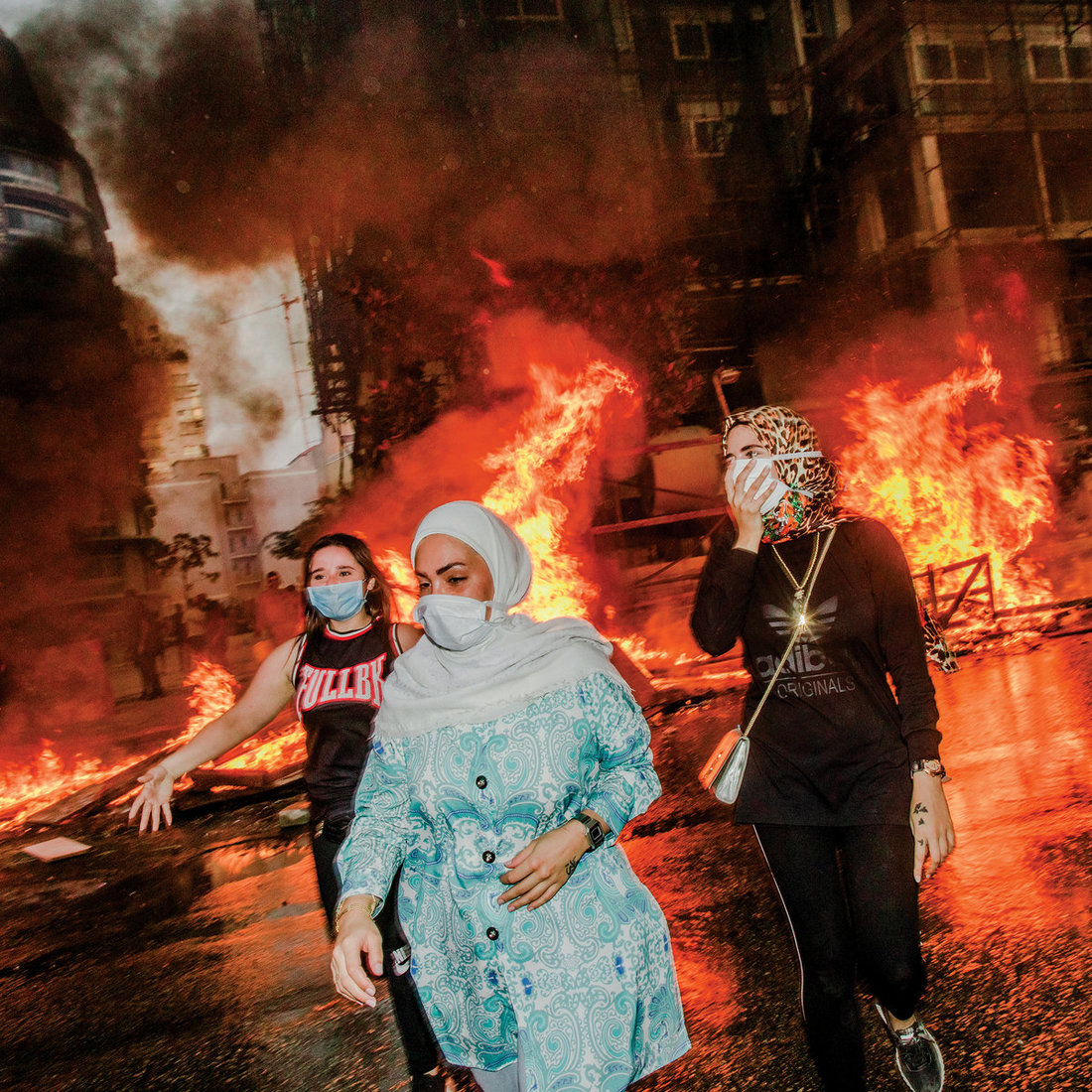 From Kuzu to Lena Platonos

Kevin Shea - Psychotic Sound Man 1 for drums (self-released)
"Composed from a catalogue of geosonical phrases I've developed over the past few months, the sonic communication echoes at times simultaneously as one phrase using all the instruments of the drum set, or at times several phrases echo at once passed between and/or layered upon differing parts of the "drum set." This compositional approach was inspired by the complex process of programming emotive psychosomatic characters into the head of an artificial life form. This Psychotic Sound Man struggles to integrate the perfect amount of self-sabotage into its cryptic emulation of the human mind." Kevin Shea

Kuzu - All Your Ghosts in One Corner (Catalytic-Sound)
Kuzu is a trio comprising Dave Rempis (alto/tenor/bari saxophone), Tashi Dorji (guitar) and Tyler Damon (drums). Drawing on these musicians’ love for a range of weighty musical expression from doom metal to the deeply-rooted spirituality of saxophonist Pharoah Sanders, this record perfectly captures the depth of the abyss into which we faced. 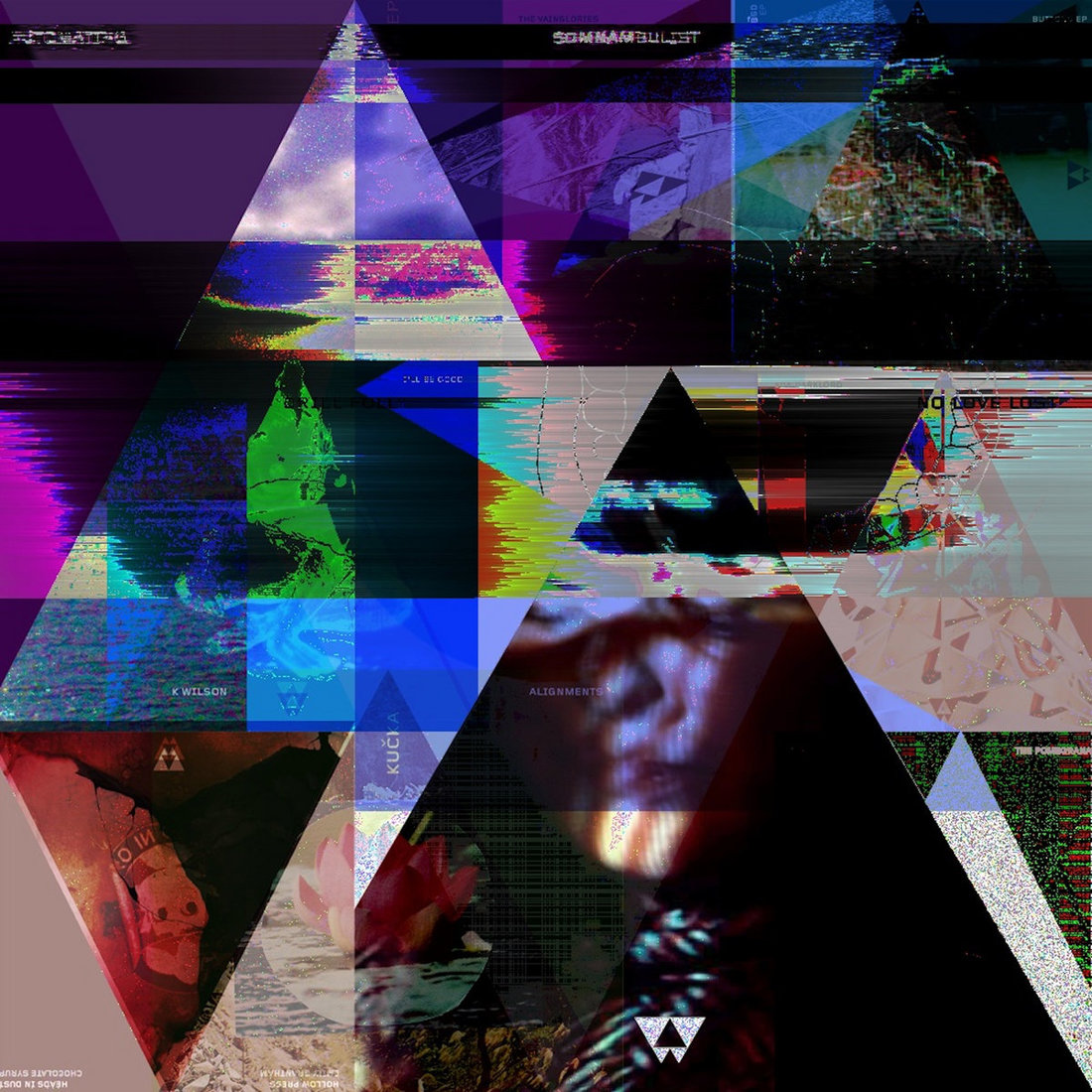 From Nimbudala to Oxana Grigoryeva

Nimbudala - Universal Compassion (Inner Islands)
Universal Compassion is Steve Targo’s first offering under the name of Nimbudala. A composite of “nimbu” — lemon in English — and “mandala,” Targo says lemons have cleansing properties and can be healthy. “A mandala can represent a spiritual journey. Why I chose to put those two words together I leave for you to decide.” Targo previously recorded as Inner Travels, establishing a discography of 16 releases under that banner since 2014.

No Favours - Brutal Century (Opal Tapes)
No Favours is the duo of Michael Donnelly and Ben Page (Rothko, Rocketnumbernine). After spending six days in Hamburg with a few synths and microphones back in 2019, what emerged is Brutal Century, a paen to Chingford, Essex, digested and refluxed into their dystopic vision.

Oxana Grigoryeva - Ever After (ТОПОТ)
Oxana Grigoryeva is one of the key Russian experimental drummers who is passionately dedicated to free improvisation, free jazz, contemporary theatre and performance art. Her debut solo album Ever After was recorded using a dozen percussions including some interesting ones (from saws and metallophone to djembe and kalmba), field tapes, and voice. 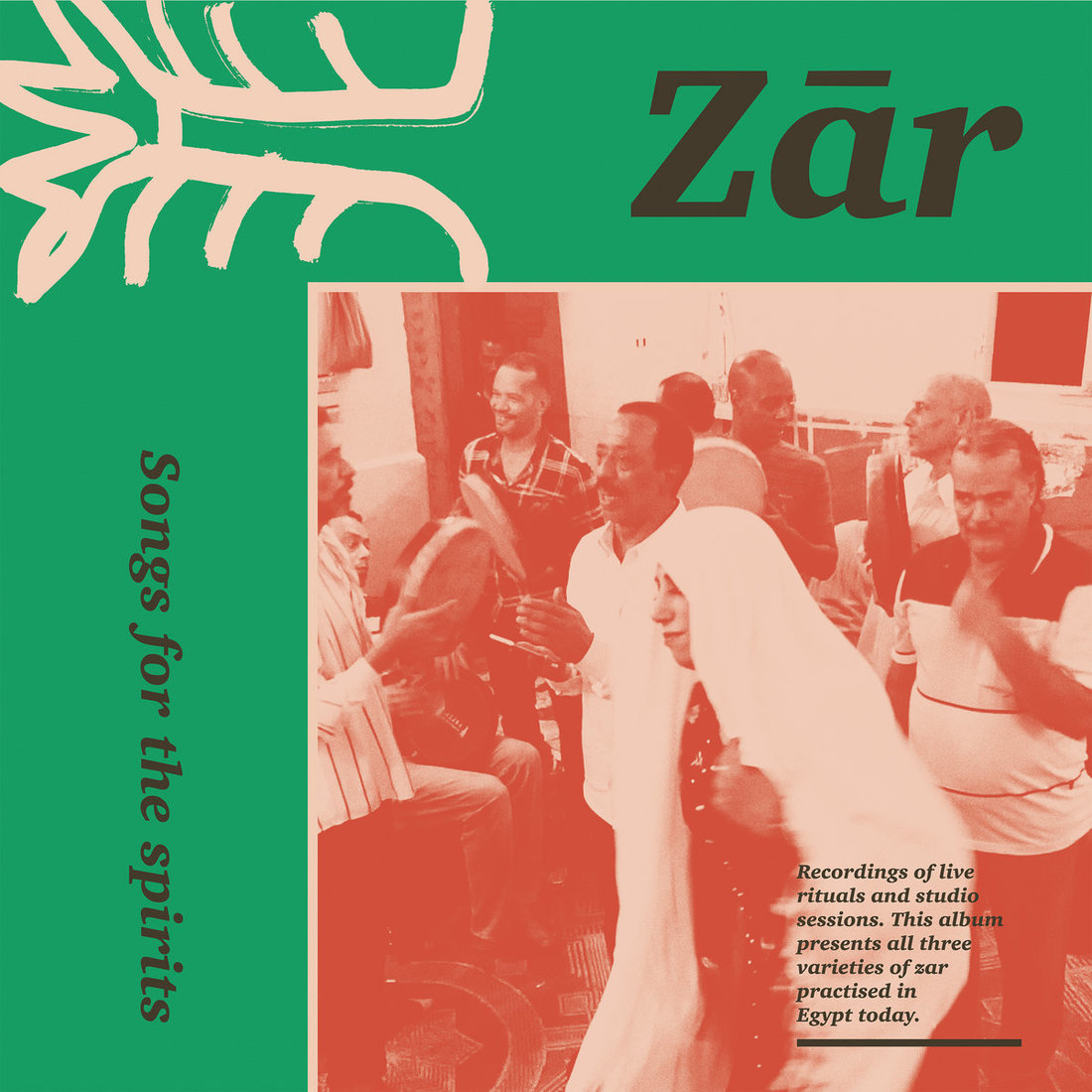 Smote - Drommon (Rocket Recordings)
Summoned from the murkier reaches of the subconscious and summoning a powerful aura of twilight communion, Smote’s Drommon is here to intimidate and enchant. The first Rocket release for this enigmatic Newcastle-based entity is no less than a mystically-aligned voyage into abandon and epiphany.

Spiritczualic Enhancement Center - Carpet Album (Kryptox)
Inspired by the 1970s electrified universe of Herbie Hancock, Joe Zawinul and Frank Zappa, Spiritczualic Enhancement Center meditate on sonic spectrums hoping to achieve “chaotic relief”. Their new album titled Carpet Album out on the Kryptox imprint is their fourth record to date, compiling material recorded over the last years in the capitals of Romania and Czech Republic, inside a church in Hamburg and while staying with a commune in rural Denmark.

Viejas Raíces - De Las Colonias Del Río De La Plata (Altercat Records)
Essentially the brainchild of Argentinian jazz's leading figure Jorge López Ruiz, the project Viejas Raíces marked Lopez Ruiz's departure from the traditional forms of jazz. The trio that recorded this album, consisting of López Ruiz joined by his life-long friend drummer Pocho Lapouble and gifted Chilean pianist Matías Pizarro, created a thrilling blend of jazz and Uruguayan candombe, surrounded by an undeniable cinematic feel spurred by López Ruiz's long experience in the soundtrack field. When read as one element, the cleverly chosen combination of group name and album title (in English: 'Old Roots of the Colonies of the River Plate') readily hints at the kind of sounds the listener will be challenged with when diving into this LP.

V.A. - Zar: Songs for the spirits (JuJu Sounds)
Zār is a possession cult practised on the outskirts of the rapidly modernising societies of North Africa and the Middle East. It’s a phenomenon that crosses not only geographical boundaries but also those determined by the rational mind. JuJu Sounds travelled to Egypt to experience, record, and share this well-hidden culture. This album presents all three varieties of zār still practised today.