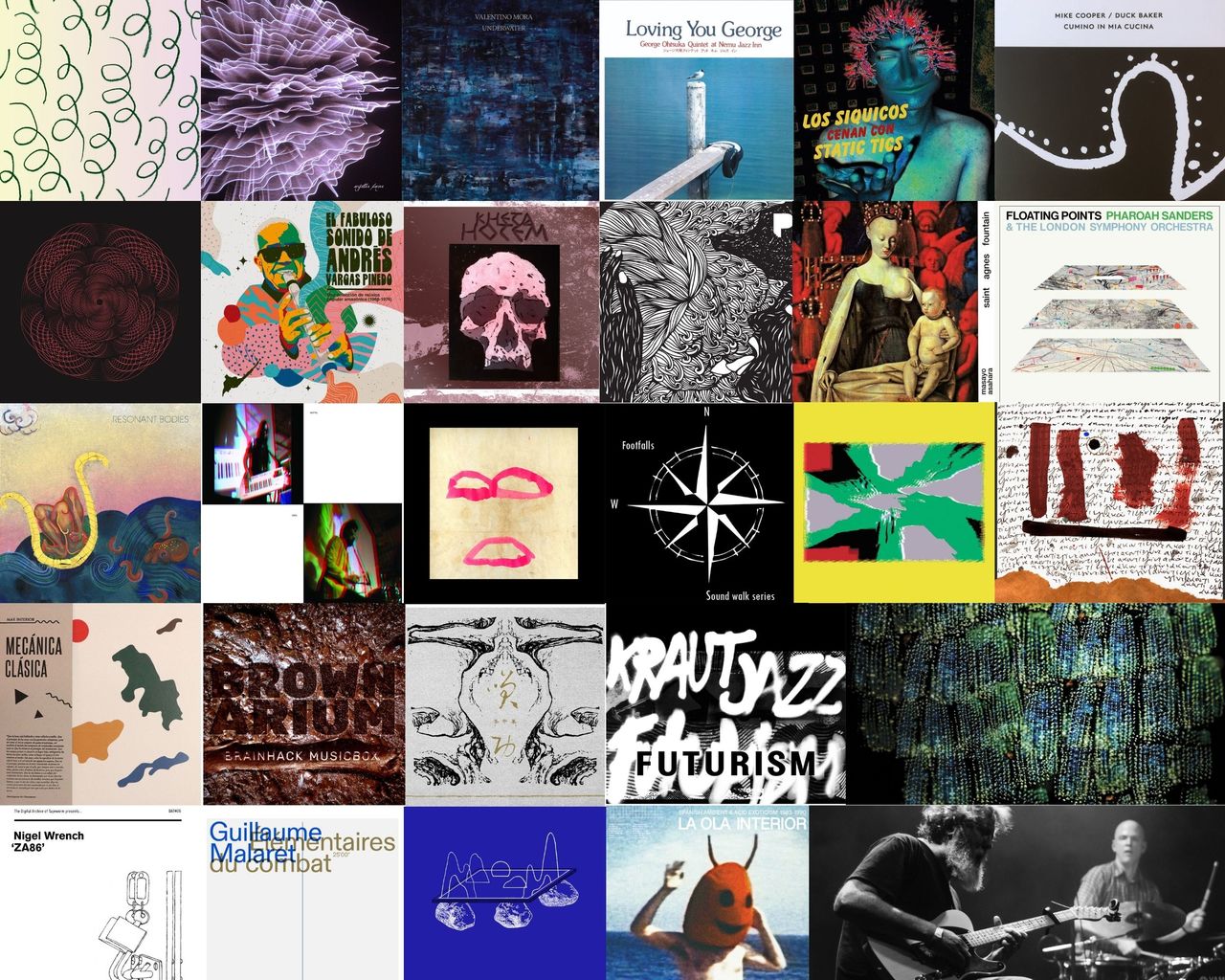 Spring is here. March 2021 has been as always a great time for new music. Here's 30 albums and compilations comprising anything from psychedelic rock to free jazz, improvised music, ethnic, ambient, electronic hybrids of all sorts, both new and reissues.

From Christina Chatfield to Clan Caimán 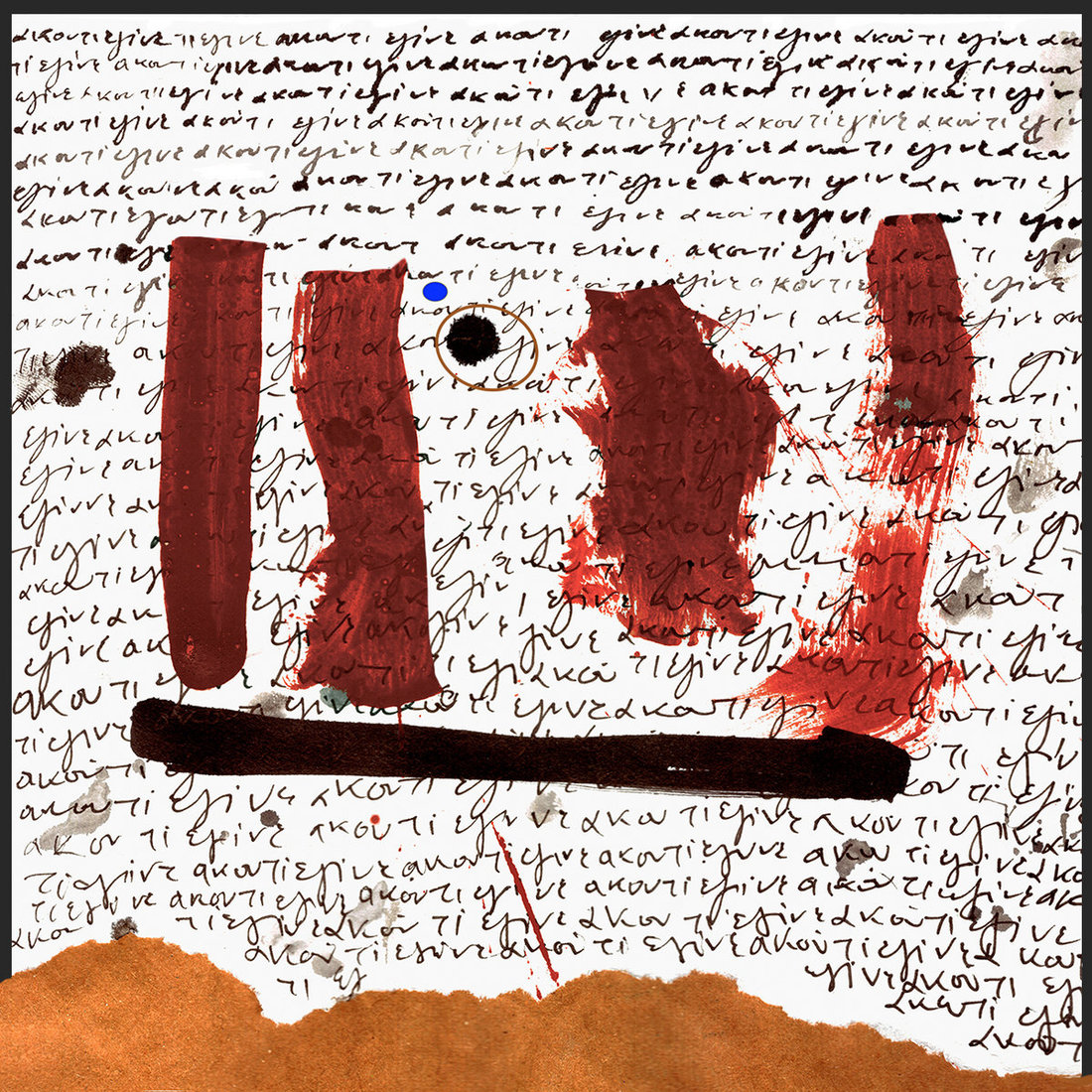 Andrés Vargas Pinedo - El fabuloso sonido de Andrés Vargas Pinedo: una colección de música popular amazónica (1966-1974) (Buh Records)
Released by Buh Records, this compilation presents fifteen songs of Andrés Vargas, belonging to his first two groups: Conjunto típico Corazón de la Selva and Los Pihuichos de la selva, active between 1965 and 1974, and which helped define the sound of Amazonian popular music. Andrés Vargas Pinedo is a prominent composer of Amazonian popular music from Peru. He is blind and has excelled as a player of the quena and the violin. He was born in the city of Yurimaguas but he developed as an artist in Lima, for thirty years he has worked as a traveling musician on a street in the San Isidro district of Lima. Throughout his career, he has formed and joined various popular music groups.

Brainhack.musicbox - Brownarium (self-released)
Brainhack.musicbox is a trio from Kyiv, Ukraine, playing improvised music to blend noisy modular textures with free-jazz madness. The trio consists of Stanislav Bobrytsky (modular), Pavel Lisovsky (saxophone) and Anton Boldenko (viola, didgeridoo). Recorded in 2018, Brownarium is a drone, noise and free-jazz album with the intention of making a eurorack-sax-viola trio sound like a small harsh orchestra without falling into a wall-of-sound paradigm. "Rooted in free music practices and heavily influenced by sound of early electronic composers, it's all not exclusively about playing with massive sound clouds or sonic spectrum explorations. Brownarium is highly dramatic and expressive music which is rather intuitive than logical."

Chris Corsano & Bill Orcutt - Made Out Of Sound (Palilalia)
Recorded in summer of 2020 in San Francisco and Ithaca, this new album made by Chris Corsano (on drums) and Bill Orcutt (on guitars) encompasses the ever-fascinating multitude of sonic facets of rock and jazz music, deconstructing them to the bone, where nothing but forceful sound and energy is left. "Sadly, many will hear Chris Corsano & Bill Orcutt’s latest LP, Made Out of Sound, as “not-jazz,” though it would be more aptly described as “not-not-jazz”, says Tom Carter.

Christina Chatfield - Sutro (Mysteries of the Deep)
San Francisco based producer Christina Chatfield transmits through Mysteries of the Deep an impressive, visionary full-length debut. Abound with polyphonic synth work and immersive tonal structures, these arrangements unfold into lush, cinematic soundscapes. Chatfield has long been a versatile producer with roots in techno, electro, ambient, shoegaze and more.

Clan Caimán - Asoma (Rises) (EM Records)
Clan Caimán returns to EM Records for their second album, continuing the instinctive evolution of their music: a wordless, timeless, gently pulsing and sweetly melodic soundworld, based on composer Emilio Haro’s vision of a band playing the music of an imaginary undiscovered ethnic group. Woven together by Haro’s self-made kalimbafón, a tuned percussion instrument, these five Argentinian musicians also use threads of lap steel, guitars, bass and percussion to knit their beyond-genre textures, seemingly ageless despite being recorded in December 2019. They are Emilio Haro on kalimbafon, Gonzalo Córdoba on lap steel / baritone guitar, Diego Voloschín on percussion, Facundo Gómez on electric guitar and Claudio Iuliano on bass. 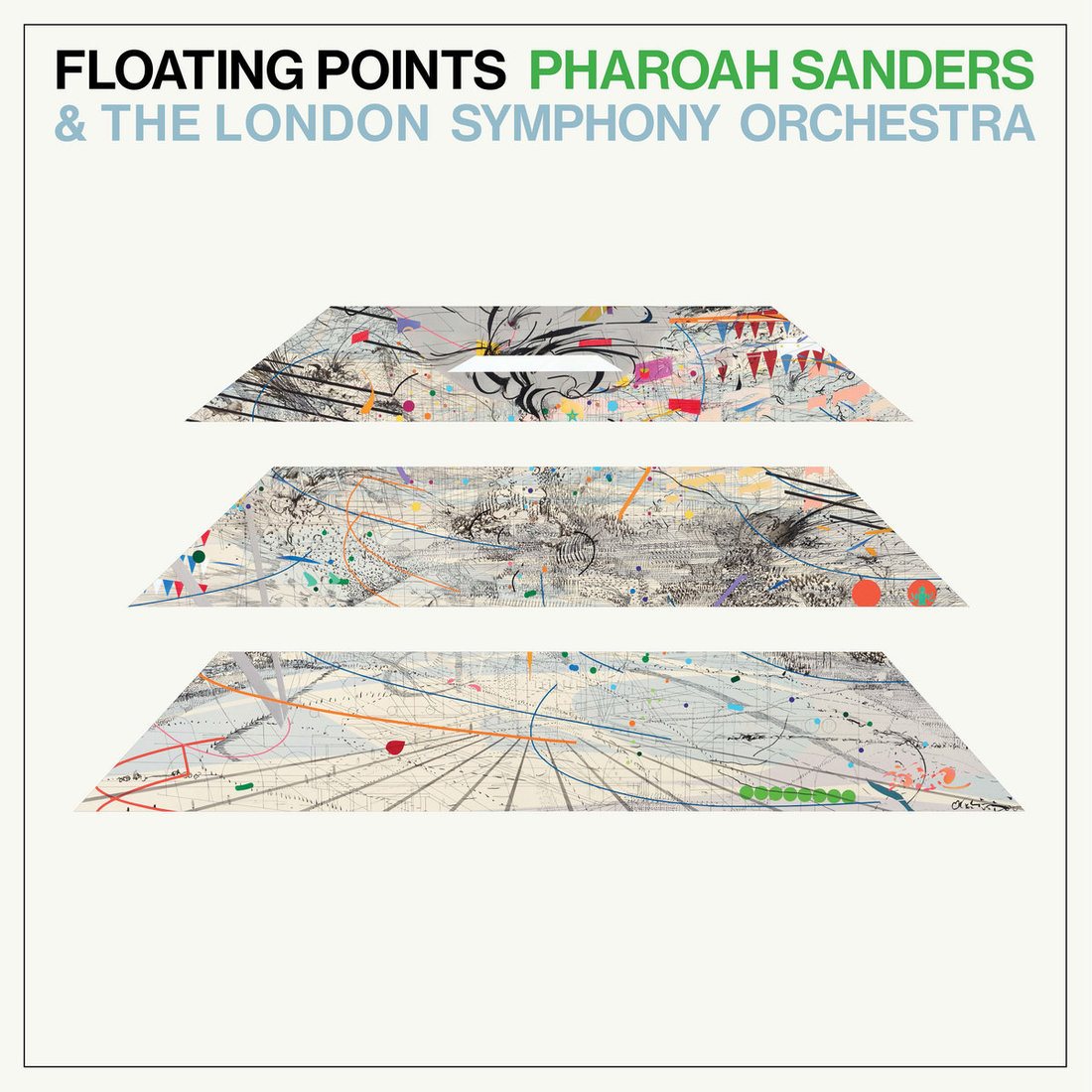 George Otsuka Quintet - Loving You George (WeWantSounds)
This is the reissue of the cult LP by master Japanese drummer George Otsuka and his quintet, recorded live on 19th July 1975 at the Nemu Jazz Inn and released by cutting-edge Japanese label Bellwood. "Loving You George" is comprised of four superb performances led by Otsuka powerful drumming and Fumio Karashima's fender Rhodes including a wonderfully funky take on Minnie Riperton's 'Loving You'.

Guillaume Malaret - Élémentaires du combat (Le Cabanon)
"Élémentaires du combat" is a composition born in the South of France, between the areas of Haute-Garonne and Ariège. The piece is mainly created from recordings of fauna and natural elements captured from the places of Guillaume Malaret’s childhood; in the plains, the hillsides and the mountains. Headphones listening recommended.

V.A. - LA OLA INTERIOR Spanish Ambient & Acid Exoticism 1983-1990 (Les Disques Bongo Joe)
LA OLA INTERIOR is a compilation exploring the ambient side of the Spanish electronic music produced in the 80’s. It gathers musicians from various horizons and of many generations, who shared the desire to create an immersive soundscape and to combine electronic music with non-Western musical traditions. As a general rule, the Anglo-Saxon tropism did relate the Spanish peninsula’s ambient music to the Balearic Sound, that is to say to the relaxing music played in Ibiza’s nightclubs. But this music takes place in the productive territory of experimental musics, and particularly in its two main breeding grounds: the tape-recording underground and the independent musicians-producers scene.

John Butcher & Rhodri Davies - Drunk on Dreams
A long and profound relationship between two radical improvisors has transformed into a multiverse of sound in three pieces. On a curious day in Paris, John Butcher fell into his saxophone and ventured deep into its farthest corners. At the same time Rhodri Davies and his harp slowly merged into an otherwise unknown creature. As always John and Rhodri were adventurously exploring their respective instruments, and in its own singular fashion ‘Drunk on Dreams’ shows that ferocity and delicacy, odd individual outbreaks and deep connections doesn’t have to be opposites. 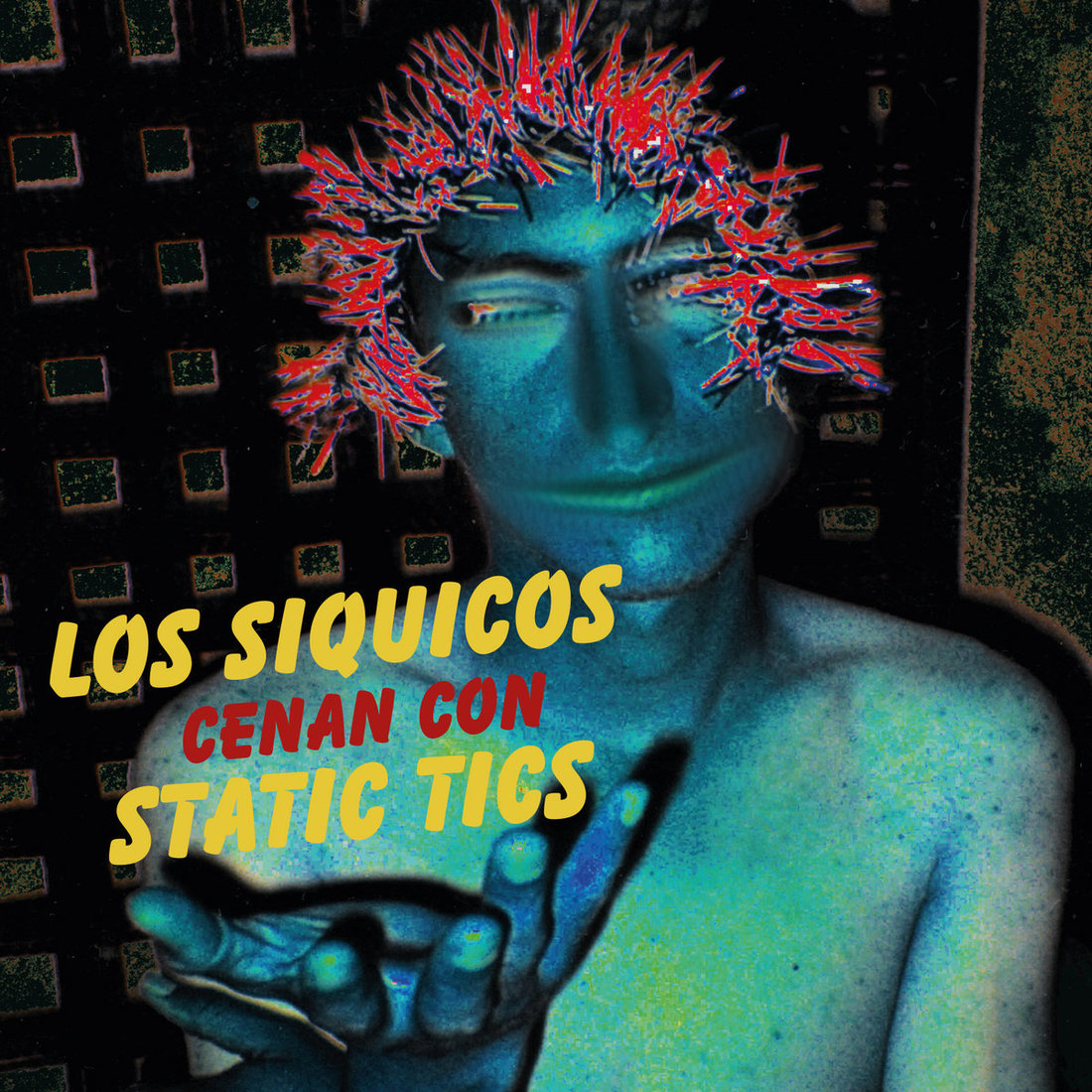 From Masayo Asahara to Talibam!

Masayo Asahara - Saint Agnes Fountain (2003) (Discus Music)
St Agnes Fountain was composed while Masayo Asahara was completing her masters degree at the University of Osaka in 1974. Asahara's doctorate concerned the music of the early American minimalists, especially LaMonte Young and Tony Conrad, and her composition reflects her involvement not only in that music, but also with the thriving Osaka free jazz scene from whose ranks this one-off band was put together specifically for this recording. Asahara also cites Faust, Soft Machine, and the Rolling Stones as influencing her work during this period. The rather curious title and artwork come via Asahara's parallel studies of mediaeval European history and pagan imagery in Protestant hymnal writing.

Matt Mottel & Kevin Shea - No memory (self-release)
Matt Mottel (keyboards) and Kevin Shea (drums) is a 15-year working unit based in New York City, a rhythm section that is at the cross hair of agility, speed, punctuation, and intention. No Memory is the duo’s recent effort, or as they say, an album "recorded off the air at WFMU STUDIOS. forgotten entirely. discovered. and now in the world." 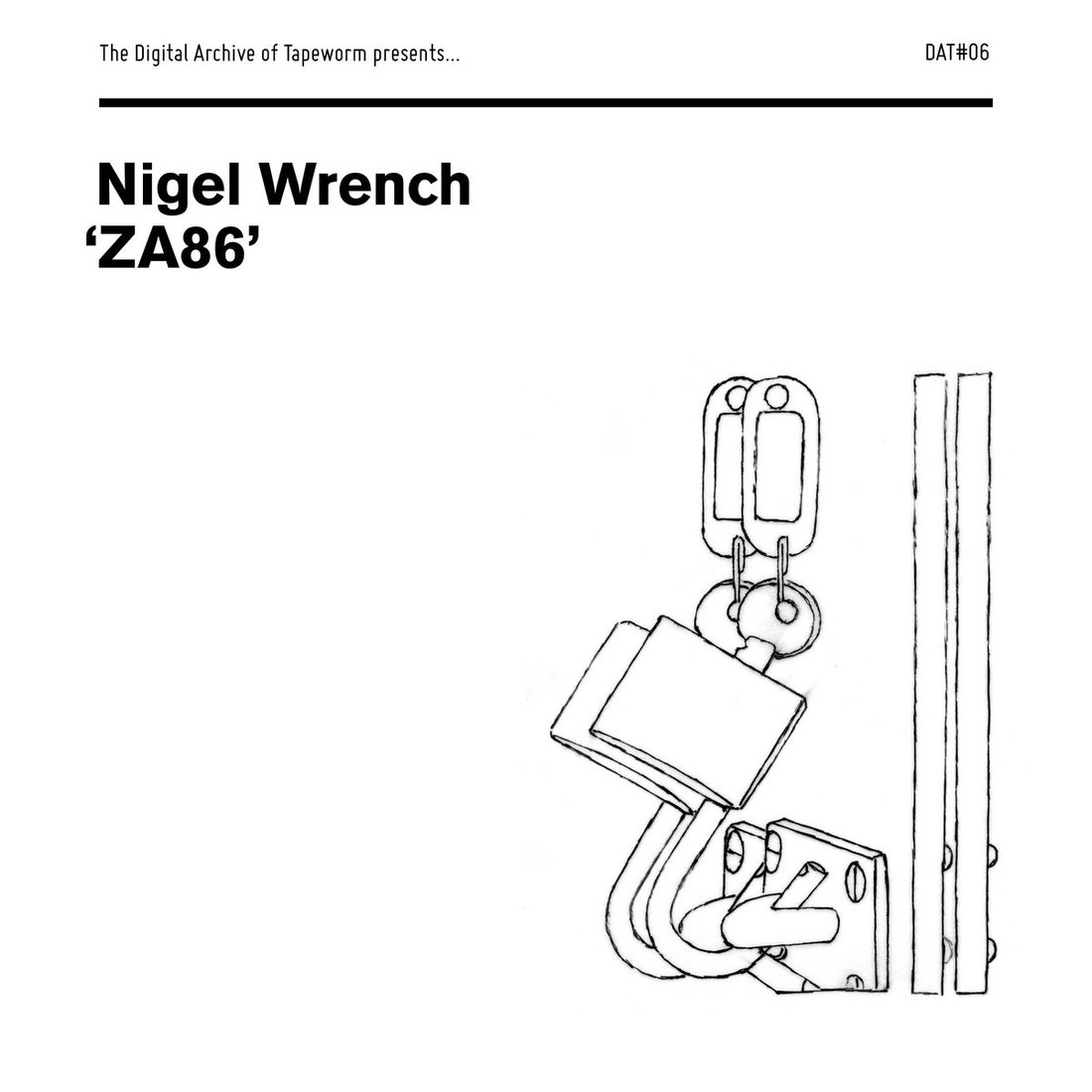 From Nigel Wrenc to Dan Melchior

Nigel Wrench - ZA86 (The Digital Archive of Tapeworm)
ZA86 is a 25 year old radio reporter’s personal journey in the final, most repressive moments of a hated regime. The last years of apartheid were the most brutal as a low-level civil war was battled out on the dusty streets of South Africa’s black townships. ZA86 is edited from nine tapes in the unique cassette archive of Turnstyle News, unlocked for the first time from a Cape Town cellar. It takes the listener to a violent world with moments of great beauty. The reporter, far from being edited out, is very much present, as are the thumps and bumps he hears in his headphones. From a May Day call to arms by Winnie Mandela to the extreme views of white right wingers; from 19 year old platoon leaders to the aftermath of an attack by police and soldiers in Soweto; from the words of envoy Terry Waite to the funeral of a television cameraman and the Band Aid-like pop song released by the apartheid regime, ZA86 unflinchingly documents the disturbing reality of 1986 in South Africa. A journey into the heart of apartheid.

Official Dan Melchior - The Unknown Das Menace Vol 1 (self-released)
These songs were recorded in Durham, North Carolina over a period of about 8 years. Most of them feature Dan Melchior on all instruments, but 'Proverbial Rocker' 'Rain, Steam and Speed' and 'The Limping Legend' feature Scott Winland on bass, and Brandon Robinson on drums. Letha Rodman Melchior's voice can be heard on 'Municipal Dump'. 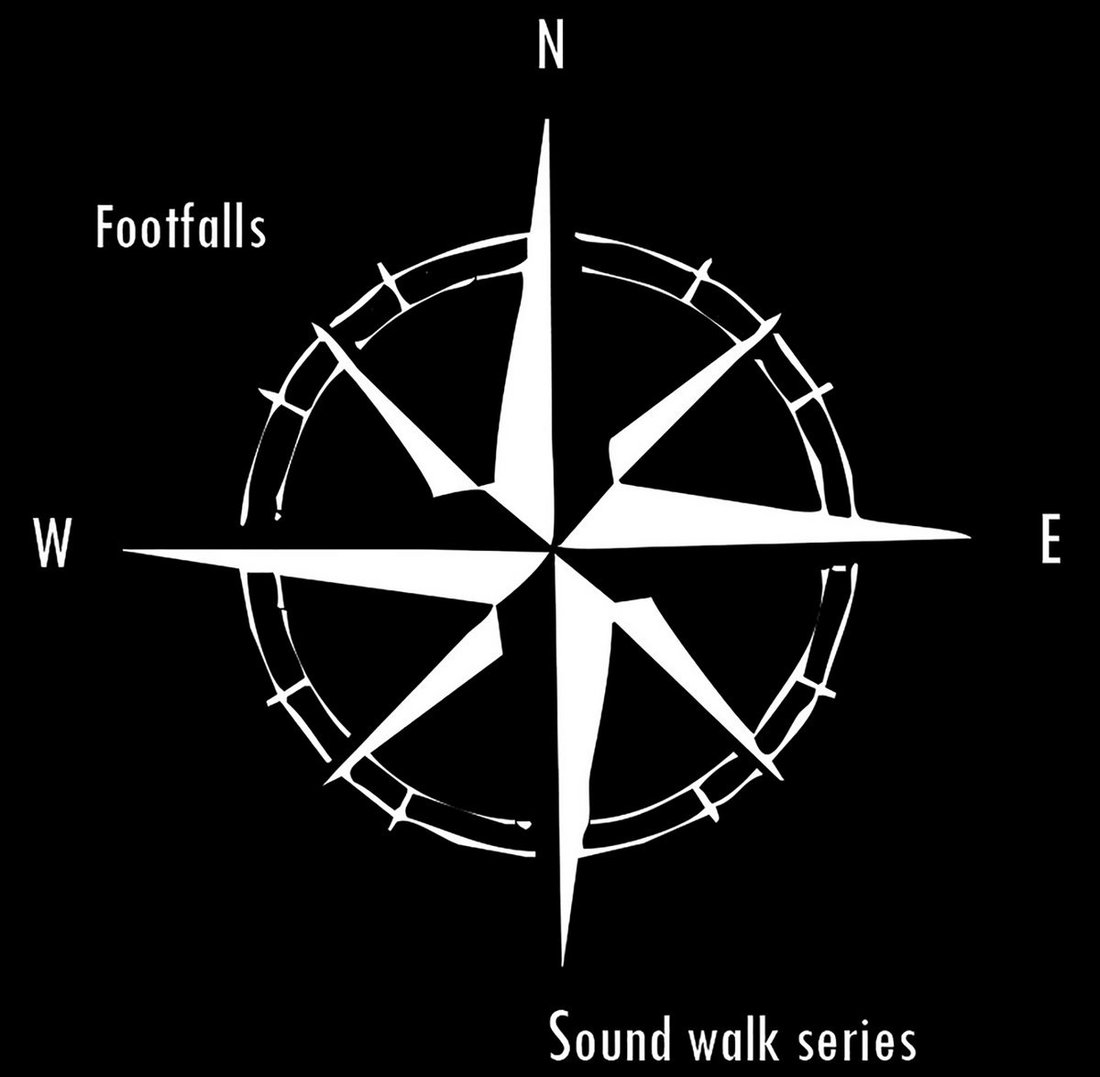 From Oz Echoes to Valentino Mora

V.A. - Resonant Bodies (New Focus Recordings)
The Resonant Bodies festival, founded and directed by mezzo-soprano Lucy Dhegrae, ran for three nights of performances in a row at downtown Brooklyn's Roulette Intermedium each year from 2013-19. The broad mission of Resonant Bodies was to highlight adventurous vocalists in programs of their choosing. The collection of live performances from the festival features performances by several prominent vocal performers across the spectrum of diverse practice including Julia Bullock, Tony Arnold, Pamela Z, Charmaine Lee, Lucy Shelton, Caroline Shaw, and Sofia Jernberg.

Stu Cisco - Amanita (Glossy Mistakes)
Up until now Stu Cisco's 'Amanita' remained a highly sought synthesizer obscurity (going for the big $ on the second hand market), but Glossy Mistakes did the right thing and officially repressed this for us all to enjoy. It was initially released in Canada back in 1980, and its content shows the diversity and creative potential of the synthesizer in the course of experimentation and evolution, a masterpiece album in which Sherine states: “the influences were Klaus Schulze, Tangerine Dream, Stockhausen… I was a big fan of classical music and had a big collection of classical LP's by the time I was 15. Synth music was my way expressing those feelings I got from classical." Picked by Alexandru Drăgănescu / JB

Tomaga - Intimate Immensity (Hands in the Dark)
The last, outstanding release of the London based experimental duo (Tom Relleen and Valentina Magaletti), accomplished just before Tom’s passing in August 2020, is the distillate of two years of new creative enhancement. “I just found an interesting book by Gaston Bachelard called The Poetics of Space, with chapters on ‘house as universe’, nests, shells, ‘intimate immensity’, ‘the phenomenology of roundness’... I think it ties in with our feelings about bunkers and the urge to partition the universe to create our own spaces, vs cleansing or colonising the everyday to make it empty of anyone else's taste. I think Tomaga tracks with their individual micro worlds are a bit like that…" Tom Relleen wrote.

Viv Corringham - Footfalls 3 - Shadow-walks (Flaming Pines)
For almost 20 years, US-based British composer Viv Corringham has been working on the ongoing collaborative project Shadow-walks, which involves her walking with local inhabitants on their special walks. She then repeats this walk alone, listening for the memory of that walk and singing her response. In a sense Shadow-walks is an attempt to make a person’s traces, their shadow, audible through Corringham's singing, improvising voice. During the Covid 19 pandemic it became impossible to walk with people because of lockdowns and travel restrictions, so Corringham adapted the project into Shadow-walks (at home). She asked volunteers to send her recorded descriptions of walks, either walks they remembered, daily walks they wished they could still do, or walks they were still able to do alone. Her vocals in Shadow-walks (at home) respond to how she has imagined these walks while listening to the participants' verbal descriptions. This special edition of Footfalls comprises Corringham's response to four walks narrated during the pandemic by: Amanda Gutierrez (United Arab Emirates), Rick Wilson (Wales), Geert Vermeire (France), Catherine Clover (Australia).