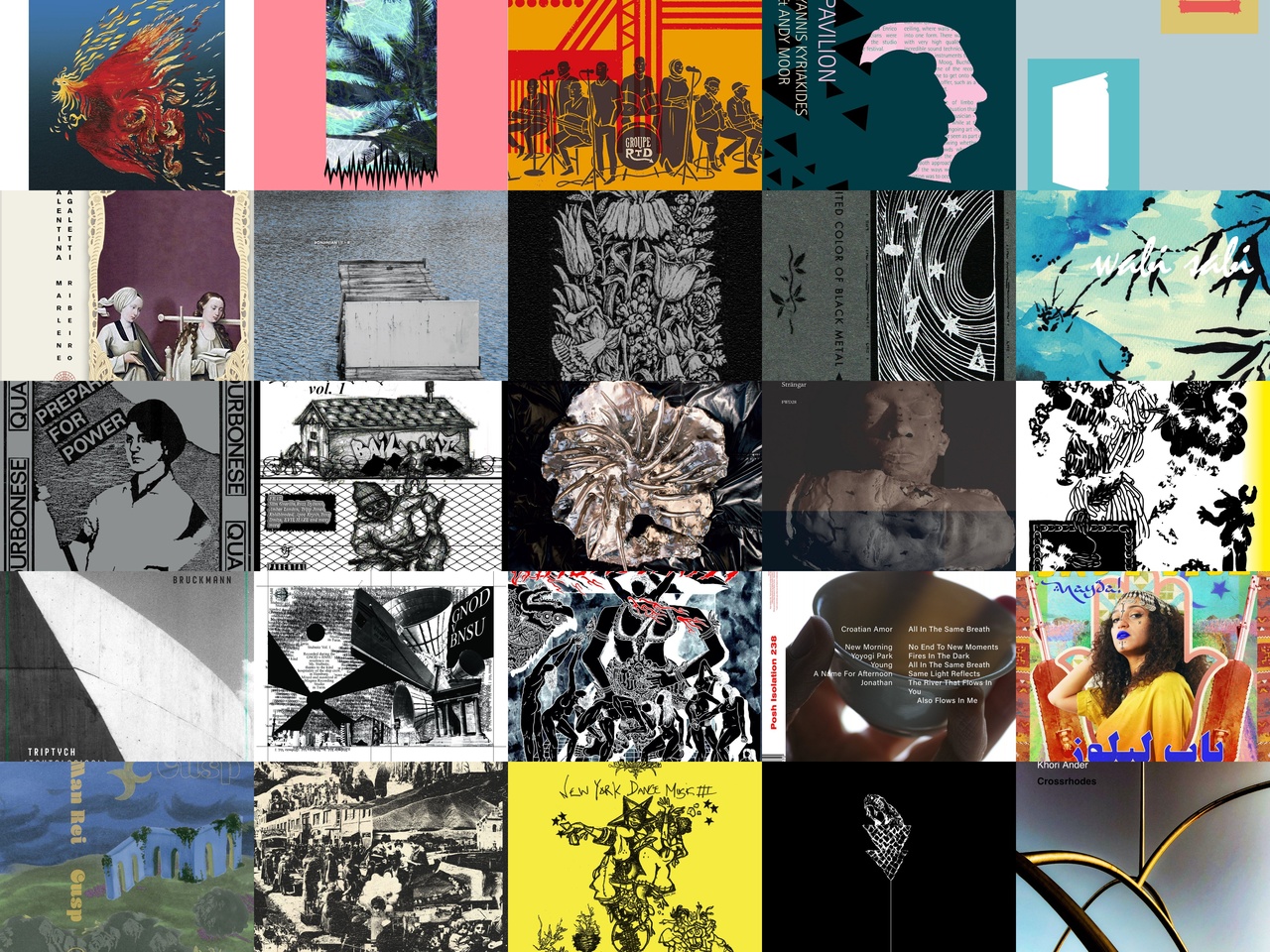 Get a break from anything, make the best out of it and check out these 31 albums comprising both new and old music released in June 2020. Anything from ambient to psychedelic, experimental, ethnic/traditional, electronics, free improv and much more. 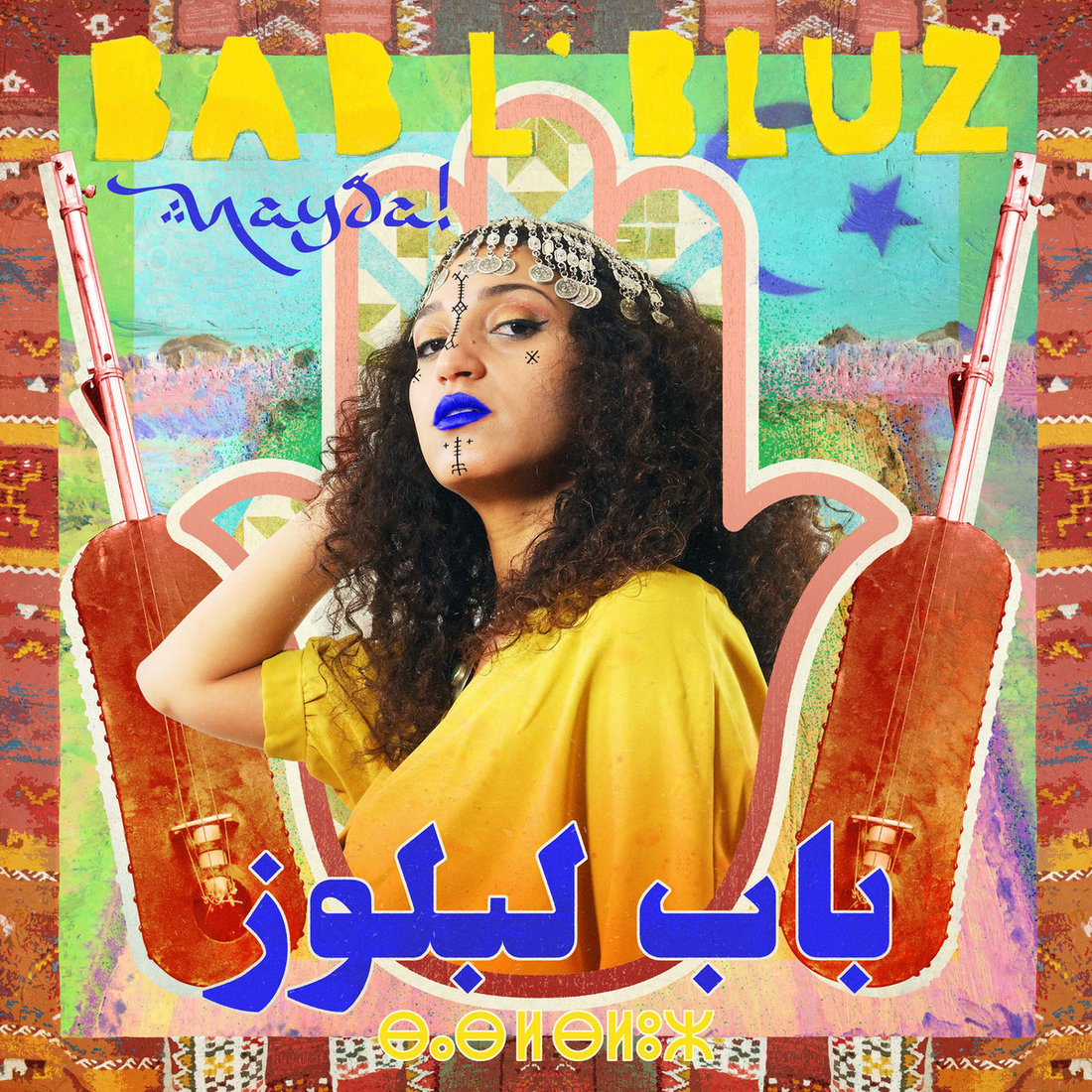 Attilio Novellino - Strängar (Forwind)
Italian musician Attilio Novellino presents his first release on Forwind, Strängar, with four tracks of piano variants, electronics and electroacoustics. Active as a musician since more than a decade, Novellino released his first album in 2009. Since then he has been focused on the use of sound as a psycho-acoustic tool throughout his solo albums and collaborative projects.

Bab L' Bluz - Nayda! (Real World Records)
Moroccan-French power quartet, Bab L’ Bluz, reclaim the blues for North Africa. Fronted by an African-Moroccan woman in a traditionally male role, Bab L’ Bluz are devoted to a revolution in attitude which dovetails with Morocco’s ‘nayda’ youth movement – a new wave of artists and musicians taking their cues from local heritage, singing words of freedom in the Moroccan-Arabic dialect of darija.

VA - Bail Out Vol.1 (Apoc Krysis)
The Bail Out Project Is Various Underground Artists Coming Together To Support The Fight Against Systemic Racism And Injustice.

Bourbonese Qualk - Preparing For Power (Mannequin / Platform 23)
At times, suffocating, uncomfortable, at others light appears as history progresses. Preparing For Power is BQ at their most uncompromising and essential. This is a reissue of what is considered to many the most complete album by perennial anarcho-outsiders Bourbonese Qualk. The last recorded album at their South London squat, The Ambulance Station on the Old Kent Road, and again released on their own Recloose Organisation, saw the band develop further beyond the limits of the post-punk / industrial scene where genres increasingly became redundant. Ethno, jazz, funk and EBM are all buried deep in the album as it seeks independence. The title, a critique of the Labour movements ineffective and limited call to arms against the prevailing Thatcherism of the mid-80s, encapsulates this wider oeuvre.

From Groupe RTD to Konrad Sprenger 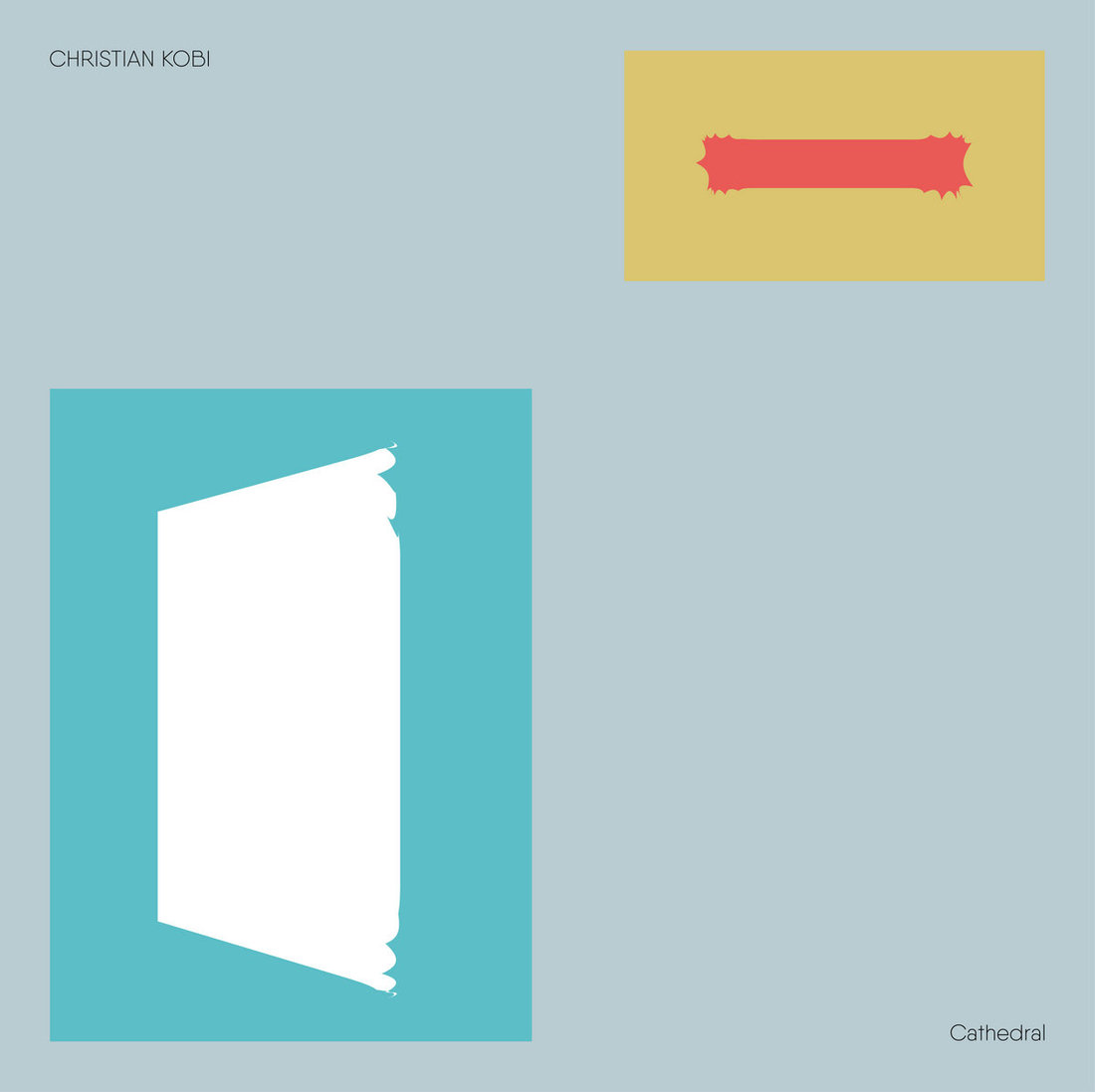 Groupe RTD - The Dancing Devils of Djibouti (Ostinato Records)
Ostinato Records imprint presents a gorgeous pileup of Bollywood music, Jamaican dub and reggae, sleek horns inspired by Harlem’s jazz era, Somali funk, and the evocative and exuberant melodies of the Red Sea by Groupe RTD, one of East Africa’s best kept secrets. Recorded in three days with a state-of-the-art mobile recording studio replete with the very best audio interfaces and carefully positioned microphones around a less than soundproof room to achieve a vibrant, professional sound while maintaining the analog warmth of decades prior.

Kœnig - Messing (Ventil Records)
Straight from the Viennese underground, this is Kœnig’s new release for Ventil Records. ”The metal, the brass, always reverberates, at times mercilessly pounding on us, driving us forward, resonating. An artistically valuable and independent work by one of the most remarkable drummers of these times.” 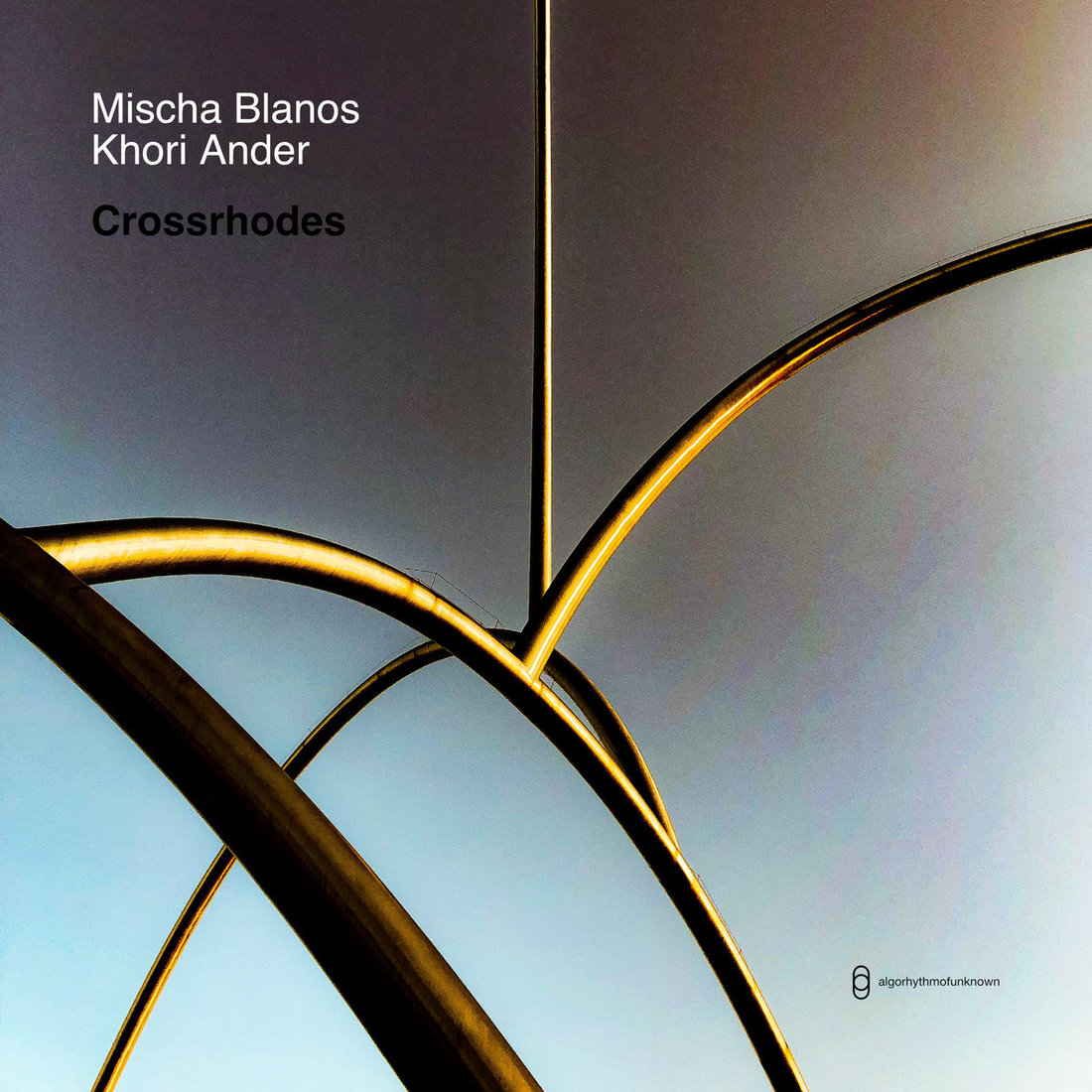 From Man Rei to Mike Majkowski

Kyle Bruckmann - Triptych (tautological) (Carrier Records)
Since the mid-1990s, Bruckmann has remained doggedly active in multiple overlapping sub-scenes of the New Music underground; his flagship projects have included punk-inflected free jazz (Wrack, Degradient), lowercase/electroacoustic improvisation (EKG, addleds, collaborations with Olivia Block), and the unlikely intersection of prog rock and neo-no wave (Lozenge, Pink Mountain). Thanks to his uncommon distinction as an improvising oboist, he has performed and/or recorded with Creative Music progenitors Roscoe Mitchell, Anthony Braxton and George Lewis. These three compositions balance an immersive, patiently evolving sound world with a harrowing poise and restraint. The aesthetic responds obliquely to the Wandelweiser Collective while evoking the longer shadow of the New York School’s Feldman, Cage and Tudor. With vintage Cold War electronics (featuring UCSC’s EMU analog synthesizer) deployed in ever-shifting mobile forms, the scores are designed to produce a consistent, replicable overall affect that varies significantly in its particulars from performance to performance.

Man Rei - Cusp (Crash Symbols)
Cusp is a set of witchy lullabies from Estonian experimental recorder Man Rei, aka Kristin Reiman. Her work evokes the sleep that never quite arrives and dreams disturbed by waking worries, flowing between walls of hazy sounds and punches of morphed and pitch-shifted vocals. Finished in 2019, Cusp explores the postmodern fatigue from the overdrive of expected productivity. With most non-vocal sounds built out of urban field recordings, it offers a distinctive meditation on tiredness, exhaustion, and transition.

Mapstation (feat. Nicholas Addo-Nettey) - Drumira (TAL)
DRUMIRA features four heavyweight tracks by Stefan Schneider and Ghanaian drummer Nicholas Addo-Nettey. Nicholas Addo-Nettey was a former percussionist with Fela Kuti and his famous Africa 70 band during the most legendary years of his career. He has left the band in 1979 in Berlin where he has been living ever since. His early solo album PAX NICHOLAS from 1971 has gained fame through a reissue in 2009. This EP is most distinguished by the combination of slow-paced dark electronics and inimitable percussion patterns by Nicholas Addo-Nettey.

Mike Majkowski - Mirage (self-released)
Mike Majkowski’s latest release comprises this two-pieces DIY album, composed and recorded back in 2015. The building tension resulted from the merge of electroacoustic and electronic equipment creates here an accurate version of what two important moments of the day can look like: the morning and the afternoon. Play this gently.

Mischa Blanos & Khori Ander - Crossrhodes (Algorhythm of Unknown)
Romanian musicians Mischa Blanos and Khori Ander team up for an album of improvisation and contemporary music. Fusing instruments such as acoustic piano, electric piano, synthesizers, clarinet, electronics and other sound manipulation techniques, the result of their work – Crossrhodes – is a piece of inspirational sonic verse, unfolded in seven stories.

Mr Clarinet - Di adi Godoh (Phormix)
Mr. Clarinet is a dead man that can provide you the absolute experience of death through his sound. A treat from hell for the living! Apart from that, he is using his analogue machines for long session jammings. 9 experimental cuts embedded in nested levels leaving the structure in different types of accents in rhythms. 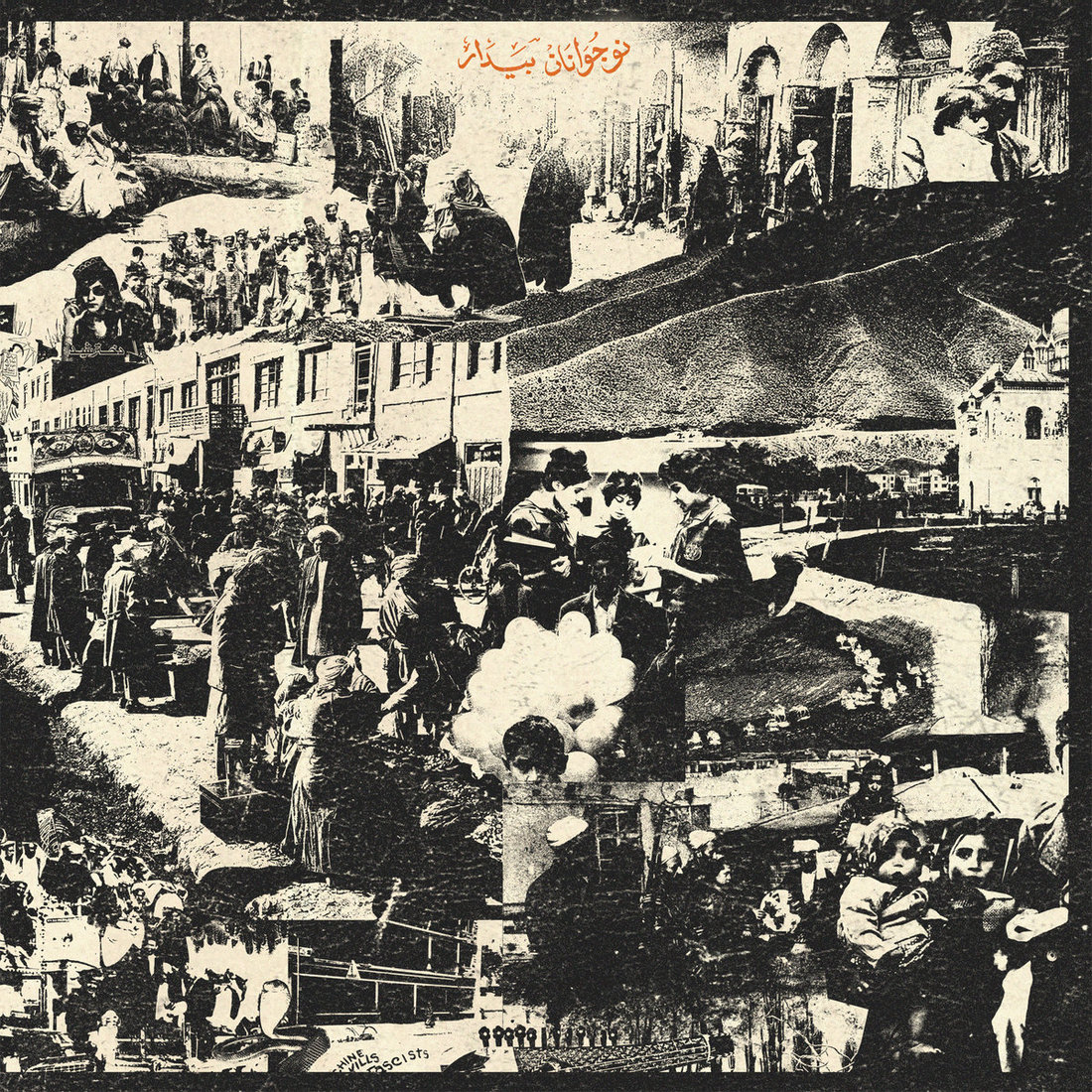 From Raja Kirik to Schisms

VA - New York Dance Music III (Towhead Recordings)
Towhead Recordings presents New York Dance Music III. A 22 track various artists compilation by artists based in the tri-state. 100% of proceeds will be donated to Black Visions Collective & National Bail Out. Black Visions Collective is committed to a long-term vision in which ALL Black lives not only matter, but are able to thrive. What we know to be true in order to create this world is that oppressed people, especially Black people, need to build collective power in order to create systems transformation.

R_R_ (Reinis Ramans) - Train Of Thought (Growing Bin Records)
”Latvian composer, sound artist and lecturer Reinis Semēvics charts our safe passage to dry land with his debut album 'Train Of Thought'. Inspired by the rhythmic movement of water and how its rippled reflections bend our perception, Reinis sculpts an immersive sound collage - a precise mixture of field recordings and self-made sounds which swell and swirl as we bathe in their beauty.” Patrick Ryder

Raja Kirik - Rampokan (Yes No Wave Music)
Raja Kirik's album "Rampokan" is a transcendental journey that was driven by the history of cultural resistance in Java. Musically, this album is inspired by the trance chapter in the Jaranan performance, or the stage where the Jaranan players are getting possessed. This stage is an ancient design that was built through ritual procession, dance and music. It triggered a certain frequency that can connect a dancer or even an audience to their subconscious mind/condition, including their own body history to collective memory/trauma. The term "rampokan" is taken from “Rampokan Macan”, a public spectacle or gladiator arena that presents a fight between Javanese tiger and buffalo, criminal, and a group of spear army. Lasting from the 17th to early 20th centuries, this brutality was intended to demonstrate the political power of the Javanese Royal Kingdoms, which in that time were overshadowed by the Dutch East Indies government.

Ricco - Visitations (Worst Records)
The fifth opus of the Worst Records library could appear as an audiobook for transcendental meditations. If the idea of trance-induced state is no surprise in the music we deliver to the world, this new album by Ricco goes beyond. The pair formed by Gil.Barte, head of Kump Records, and HLM38, in charge of house Notte Brigante, dare to offer a sinuous collection of mantras melted in light, silver dust and darkness.

Schisms - Speech Copy Rap Master (Fort Evil Fruit)
Schisms are a new trio consisting of Bridget Hayden, Richard Chamberlain and Sam McLoughlin. Steeped in rehearsal room ambience and tape saturation, these recordings filter a 50s rock'n'roll sensibility through a noise aesthetic: The Dead C playing the Back to the Future high school dance. Free jams and fuzz-obscured songs from a timeless limbo where VU boots are the basic currency. 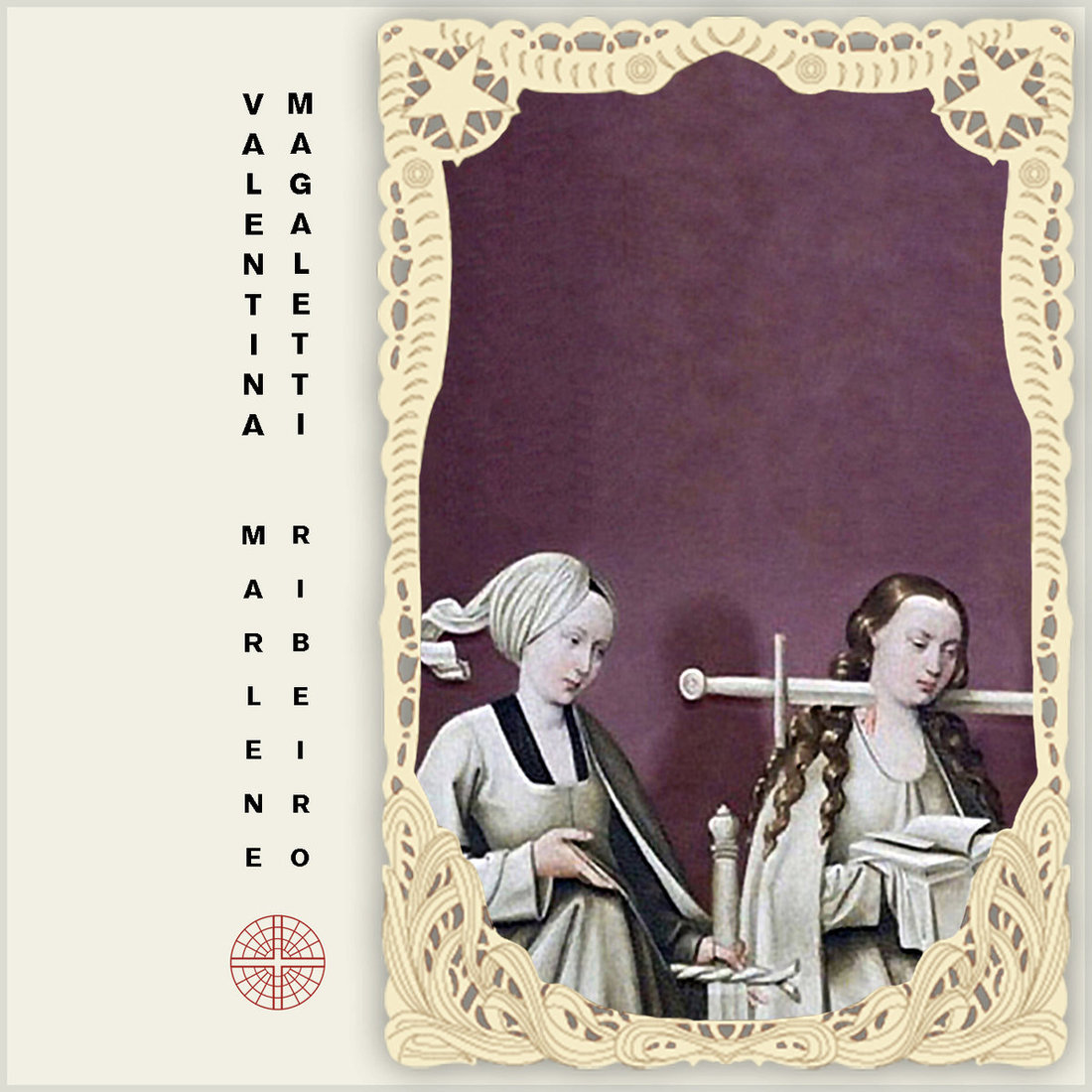 From Sven Wunder to Wetware

Simon Scott - Migrations (Touch)
Simon Scott is a British composer, mastering engineer and sound artist from The Fens in Cambridgeshire, England. His work explores creative methodologies of field recording, the process of active listening, the implications of recording the natural world using technology and the manipulation of natural sounds used for musical composition. “Each of us is beginning to feel the ground slip away beneath our feet. We are discovering, more or less obscurely, that we are all in migration toward territories yet to be rediscovered and reoccupied.” (Bruno Latour, Down To Earth: Politics in the New Climate Regime, 2018, Polity Press. Cambridge).

Sven Wunder - Wabi Sabi (Light In The Attic Records/Piano Piano Records)
Piano Piano Records’ love for library music smoothly continues to bridge the gap between the genre's golden age period and nowadays, recently releasing its second long play, Wabi Sabi. The title couldn't be more inspiring, as it comes from two of the key Japanese aesthetic concepts: Wabi meaning things that are fresh and simple, while Sabi means things whose beauty stems from age. Musically speaking, Sven Wunder's approach here is slightly different than what it was on Doğu Çiçekleri, with a much jazzier feel, brilliantly blending the traditional renaissance lute with synths, electric piano or strings. 3/4 echo delays are often present on top of the psych-oriental breaks, while the tracks panning was meticulously tuned, revealing a perfect mixdown. Overall a superb journey grounded in simple things, offering a unique emotional depth and sincerity. Picked by Alexandru Drăgănescu / JB

Valentina Magaletti & Marlene Ribeiro - Due Matte (Commando Vanessa)
British musicians Valentina Magaletti (Tomaga, Vanishing Twins, etc) and Marlene Ribeiro (Gnod, Negrabranca) were invited to contribute to Hysteria, an artistic residency in Porto 2019. "Due Matte" is the fruit of it: an interaction game between styles and sounds, mesmeric in its echoes of distant landscapes and enveloping in its spatiality.

Yannis Kyriakides & Andy Moor - Pavilion (Unsounds)
Andy Moor (guitar) and Yannis Kyriakides (electronics) made a recording In at Xavier Veilhan’s ‘Studio Venezia’ at the French pavilion, Venice Art Biennale. They were in residence there for a few days in October 2017 recording and performing in an open environment.