Here’s the second volume of the Lockdown List, a new seasonal series of features mirroring the present through the eyes (and ears) of our friends, collaborators, contributors and favourite artists. You can find the first volume here.

Enjoy ten albums to accompany the seasonal lockdown. From classic soul to eerie soundscapes, from Ethiopian jazz and ancestral voodoo rituals to Indonesian trance music and beyond.

From Lightdreams to Marvin Gaye 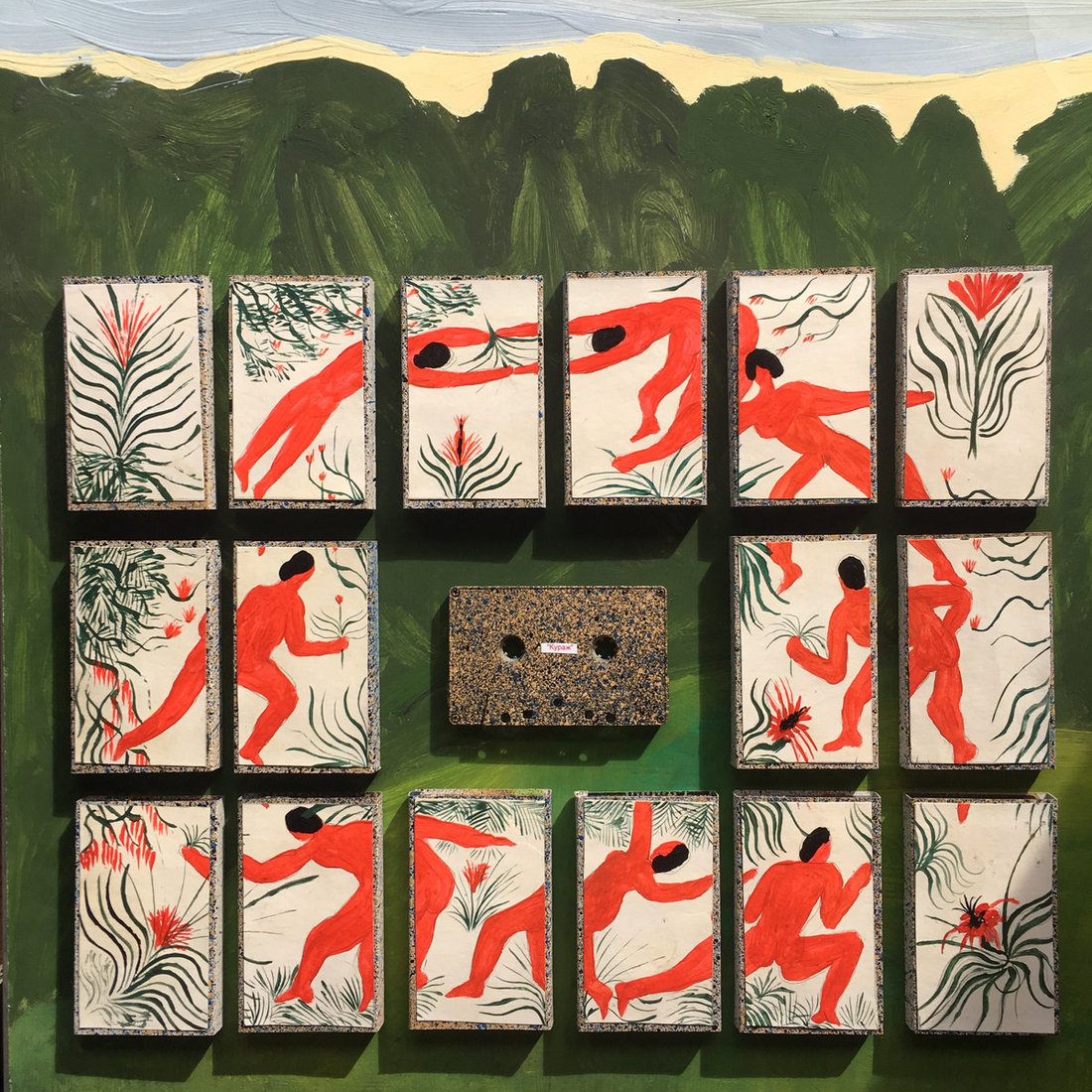 Another huge favourite of mine. Listened to it a lot during the lockdown. Deep trip to south Louisiana swamps, ancestral voodoo rituals inherited from Africa, this something of soul and funk, spoken word and pure psychedelia. One of a kind records, unique in music history. Picked by Cyril Yeterian (Bongo Joe Records)

Absolute all-time favourite of mine, music for lockdown or unlocked times, Emahoy Tsegué-Maryam Gebru, 96 years old Ethiopian nun living since decades in a convent in Jerusalem who recorded some of the purest piano composition that I heard. It’s a record that is very frequently on my turntable at home. Thanks to Francis Falceto (ethiopiques series) and Mississippi Records for the vinyl reissues. Sold tons of her records at the store in Geneva.
Picked by Cyril Yeterian (Bongo Joe Records)

With such an exhausting amount of music floating around all the time, I almost forgot about this great album. Cleaning up the house and reevaluating the new-found objects hoarded since so many years back, I recently found a promo CD sent some years back through post office by the good people at Guerssen. This is fantastic music for driving. The constituent of this beautiful space-rock reissue incorporates all that is good in psychedelia, cosmic folk, blending altogether acoustic jams, backwards guitars, lyrics suggesting the British progressive era, dreamy melodies and nostalgic layers of soundscapes.

Recorded in 1981 in Paul Marcano’s own studio, on the revolutionary first 4-track cassette recording machine - the TEAC 144 - this album embodies a cosmic ideology influenced by the work of science-fiction author Gerard K. O’Neill, with references to the book High Frontier: Human Colonies in Space. Praised by psych purists throughout years, the album is still being considered amongst the best psychedelic albums of the first decade of the ‘80s. Picked by Dragoș Rusu

I picked Marvin Gaye’s previously unreleased album “You’re the Man” (a lost album) recorded in 1972 but unreleased until last year. This album has a lot of similarities to ‘What’s going on’, an album that was out in 1971. A deeper soul groove that’s touches your emotion, especially in this time of covid-19 it really lifts up the mood and taking the edge off with what’s going on in the world today. Have a listen and be the judge of it yourself. Picked by Maft Sai (Paradise Bangkok)


From our stones boxes, we are going to journey that bring us into tropical rainforests where we will meet with shamans who know answers to any of the possible questions...Feel that after all these days of lockdown we had more to ask... Are we ready to dissolve our ego? If so, then the Spirit will lead us along the sacred paths of the many tribes, which for thousands of years have served as threads connecting different aspects of life into a unified picture... At the end in hugs of Mother Earth we will remember who we are and never forget it anymore... Picked by Dima Rabik (Amateur Exotic / Spiritczualic Enhancement Center) 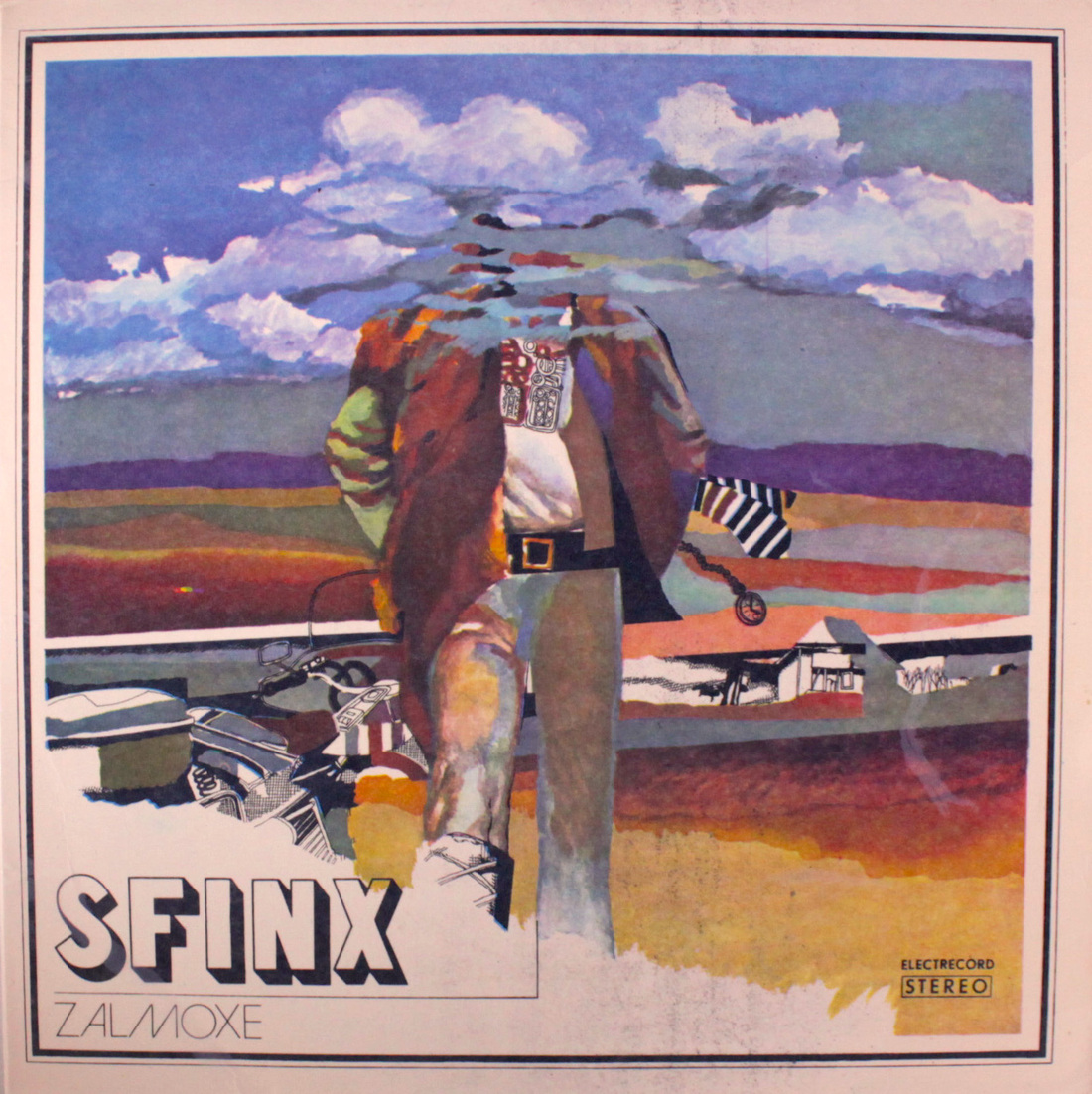 
"Anecdote" is a compilation of unreleased versions of tracks from "Intaglio" as well as unreleased live tracks. I've yet to hear it but am already curious which version of the track "Lung" is on there. Picked by Andrei Rusu (Khidja)


After reissuing artists like Midori Takada, Yasuaki Shimizu and Ryo Fukui, WRWTFWW Record is planning a May release of Motohiko Himase's music from the late 80s and early 90s. As with most of their releases, you won't have much luck finding the original records. "Technodrome", is a mix of spaced out jazz and modular sounding percussion with sparse Oberheim-like chords, fretless bass and everything else that should be in there. It's weirdly uplifting, gentle and calm. Picked by Andrei Rusu (Khidja)


Nika Son is the best owl ever – that one owl out there who made a fantastic album dedicated to a misanthropic donkey and its late cat Pnin. In the middle of a pine forest you hear the owl whispering to the purring cat and sense its attempts to sooth the stubborn donkey. This can be on repeat forever. Picked by Lena Willikens

Zalmoxe is one of the very few concept album, rock opera projects to come out of Communist Romania, or indeed survive the regime’s censorship and convoluted release processes. Largely the brain child of Dan Andrei Aldea and poet Adrian Hoajă (under his Alexandru Basarab nom de plume), the album explores the myth at the center of Getic belief system. The population and its beliefs, as the direct precursors of Romanian people, are the founding myths in official historical canon, and have been bounced between scholars, artists, nostalgics and hacks in an endless effort to legitimise theories or aesthetics.

It’s crucial to place the artistic discourse of this record in its socio-cultural framework - a time of absurd levels of censorship and precarity, propagated by an Apparatus that allowed for very little deviation from its imposed norms. In fact, the album was given the official green light three years after it was conceived, finally recorded to 8-track tape in 1979. The album contained many mystical references that didn’t sit well at all with the Communist regime, in which the only figures of absolute authority had to be the Party and its illuminated leader.

In a rare, extremely candid interview, Dan Andrei Aldea recounts the many creative hurdles artists had to overcome by slightly changing lyrics, confusing authorities by obscuring metaphors to the point of complete opacity. He also confesses to Zalmoxe being Sfinx’s modest response to Jan Anderson’s conceptual album Olias of Sunhillow. Facing an unthinkable lack of resources, the result is nothing short of awe-inspiring. Zalmoxe features the harmonic vocabulary of prog rock, married with the percussive language of aksak polyrhythms and vocal timbres that recall ancient traditions of obscure origin. In its endeavour, the album mines a rich vein of cultural inquiry, from a generation stifled by rigid ideological lines, trying to find meaning in an a-historical philosophy and poetic expression.

Maligned by adversity, Aldea’s escape to Germany via Belgium, his allegations against colleague Cernea of collaborating with the dreaded Securitate, several line-up changes and stylistic meandering, Sfinx seems to only exercise an aura of relevance for a specific generation. Zalmoxe is, in my opinion, one of those projects that deserves a much larger audience and a deeper interpretation for it to shine in the right light.

PS: Dan Andrei Aldea refused to return to Romania for decades after his defection, and was generally bitter at his contemporaries. He established a successful studio in Munich. Aldea passed away in January this year, in Romania. Picked by Cosmin Nicolae (Fizic / Sportiv)


Lovely goodnight album for 3 years old humans or younger or older. Tarawangsa, the Indonesian ritual tunes have their very own magic. Since I found it on the Morphine list it didn't leave and still is gaining depth. Picked by Stefan Fraunberger