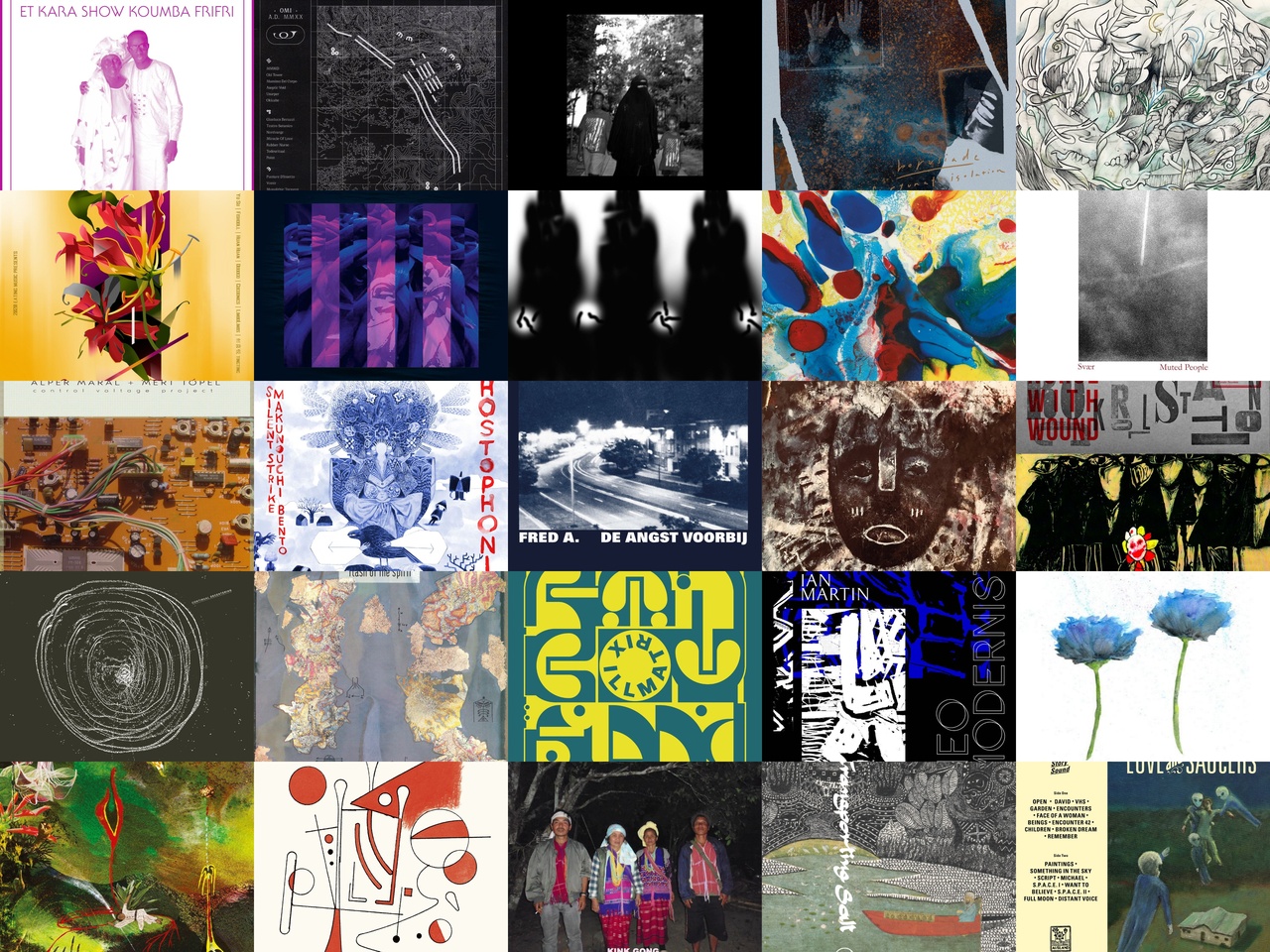 Spring is here, enjoy it with these 30 albums comprising both new and old music released in February 2020. Anything from ambient to psychedelic, experimental, ethnic/traditional, electronics and much more.

From Ak'chamel to Alpen Maral 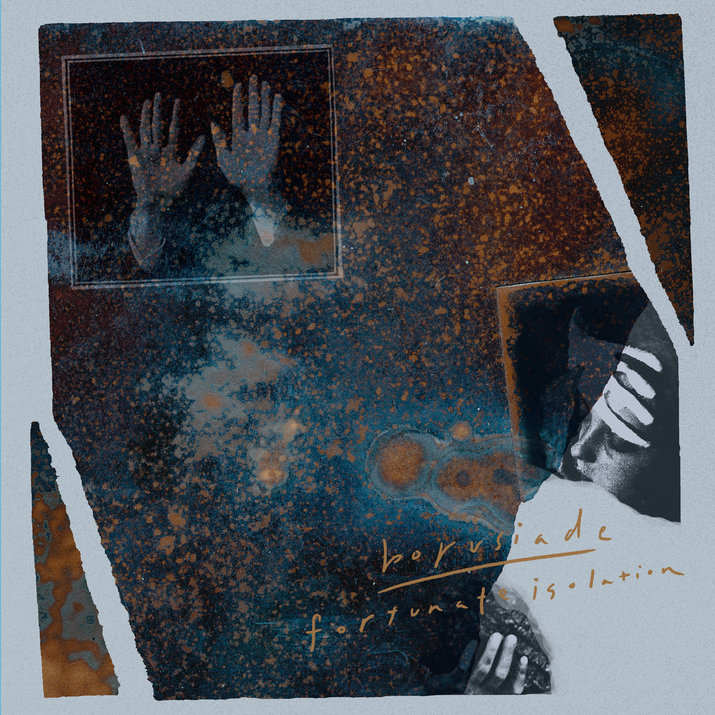 Borusiade - Fortunate Isolation (Dark Entries)
Ak'chamel, The Giver Of Illness - The Totemist (Akuphone)
Somewhere in far West Texas – ”a place where the dead outnumber the living” – the band Ak'chamel, The Giver Of Illness are fourth world post-colonial cultural cannibalists circumcising the foreskin of enlightenment. Throughout years they have designed a unique sound evoking a sort of haunting, deep psychedelic folk music. Their new album, The Totemist, out on the French imprint Akuphone, is a fascinating journey through funeral folk, mystic, psychedelic rock, and so on, and so forth.

Borusiade - Fortunate Isolation (Dark Entries)
Fortunate Isolation is the sophomore album from Borusiade, Romanian born and Berlin based DJ and music producer. The new album comprises eight songs that capture a bystander witnessing the world as it undergoes drastic changes. We have disconnected ourselves from ecology, humanity, preservation, care for what surrounds us, for what is still alive.

CAO - Flesh Luminescence (Club Chai)
CAO is the solo project of Constanza Bizraelli, a Peruvian electronic music composer and producer, currently based in Amsterdam. The record is inspired by the dynamics of migration and the subsequent metamorphoses this process entails. These ideas are evoked through the creation of sonic spaces, raising the phantasmagoria of native through narratives of belonging, the debris of what is deemed to be “natural”, and the ritual/ shamanic consecration of places. These operations allow the discovery of a neo-nature.

Dinastia Torres - Los Duendes de la Marimba (Palenque Records)
The Torres Dinasty is a family of traditional musicians from Guapi, Cauca, in the pacific coast of Colombia. Pacho and Genaro Torres are two legendary musicians, they build marimbas and traditional instruments in their home near the river. This album was recorded in their legendary house, the temple of marimba, and feature their best songs. This is mystical Currulao music from deep into the jungle of the pacific coast of Colombia. Torres ancestors came from Africa, from countries or territories like Camerun, Mali, Senegal, Nigeria and Ghana among others. 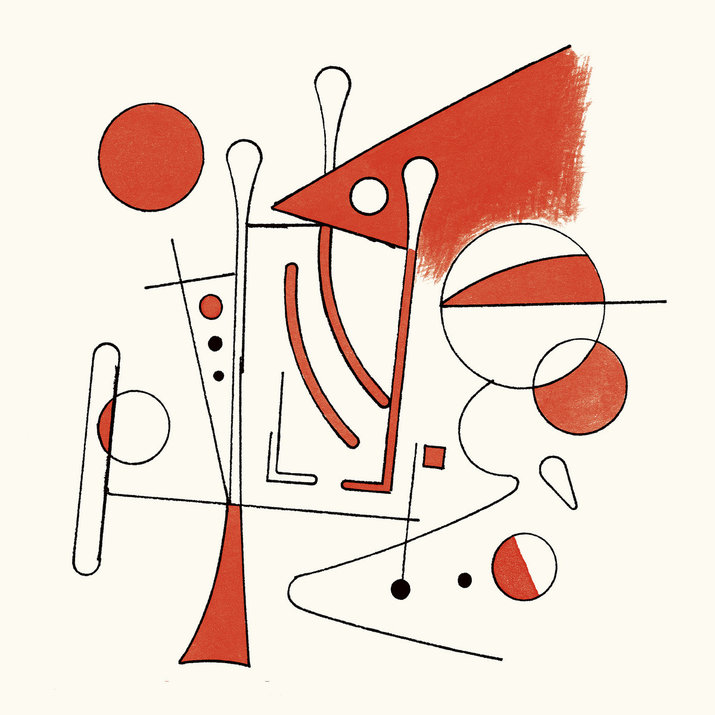 From Fred A. to Jon Hassel

Electric Sewer Age - Contemplating Nothingness (Hallow Ground)
This is a lysergic tapestry culled from the deep end of the collective pop cultural unconscious. The project was originally started anonymously by the late Peter "Sleazy" Christopherson (of Throbbing Gristle, Psychic TV and, most notably, Coil) together with Coil affiliate and seasoned remixer Danny Hyde, who continued the project together with John Deek, who passed away in 2013. This is the third release by Electric Sewer Age and the second one that Hyde finished alone.

Fred A. - De Angst Voorbij (Stroom)
Fred A. – the brainchild of Gerry Vergult – was a two-faced act. His musical grasp to the new wave-movement was countered by his lyrical love for Flemish and Dutch ‘kleinkunst’, and his progressiveness as a composer was in stark contrast with his restraint as a performer. De Angst Voorbij is an anthology of those remnants, with eight songs derived from the most fertile period in the musical career of Fred A.

Ian Martin - Neo Modernist (Pinkman Records)
Ian Martin’s Neo Modernist is an exercise in introspection, where things aren’t always rosy. Ian Martin’s music channels feelings such as anxiety and gives beauty to something that expressed in words can seem depressing. One of Rotterdam’s best kept secrets comes through with maximum emotion and competence. 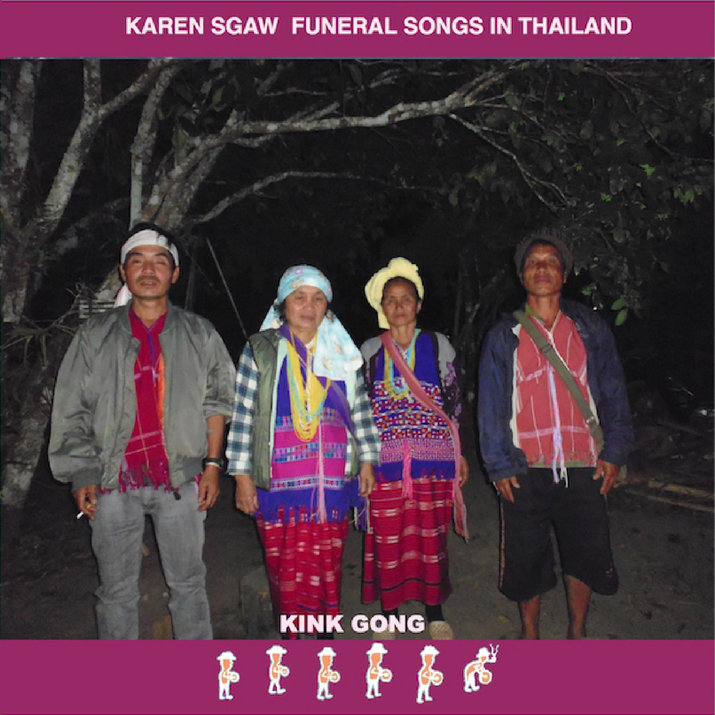 From June to Massicot

June - Silver Demon (Mannequin Records)
June aka Tsampikos Fronas – also part of the duo Manie Sans Délire – returns with third album. It was recorded using original techniques from the golden era of electronic music (late 70s to mid 80s) with an arsenal of vintage analog synthesizers, drum machines and effect processors (originating) from the same time period. While the aesthetics of the classic precursors emerge through the minimal, deep, dark architecture of June's music, Silver Demon prevails with the artist's characteristic originality.

Kink Gong - Karen Sgaw Funeral Songs Thailand (Kink Gong)
The Karen ethnic family is a Tibetan Burmese ethnic linguistic group divided in many sub groups. As often in south east Asia, the altitude is a hierarchical marker; some Karen live in the plains. The Karen Sgaw are highlanders who mix heterodox Theravada Buddhism with animist beliefs. They came from Myanmar a 100 years ago. Lasting three or four nights, the funeral songs are a kind of prayers, used as a singing contest between different villages, taking place within the funeral ceremony mixing Theravada Buddhism and Animism.

Kuthi Jin - Bee Extinction (ArteTetra)
The 25th release of the Italian imprint ArteTetra unveils the elusive Italian experimental music producer Kuthi Jin. His new album comprises only three long, uncompromisingly furious pieces, which together evoke a haunting universe made up of ”sounds from the third coming, end of human epoch.”

Loke Rahbek & Frederik Valentin - Elephant (Posh Isolation)
Loke Rahbek and Frederik Valentin first started to work together in 2017, when they released the album Buy Corals Online. Together they now present Elephant, an eight-track album that composes an inquisitive space with its parts. Modest interventions from processed field-recordings and semi-erupting synths invite you to zoom in enough to hear the human hand. An attention to listening, to how sounds cradle the small movements and gestures that naturally accompany the playing of guitar, piano, and viola, is acutely developed by Rahbek and Valentin. It’s in this way that Elephant persuades us that even small stories unfurl into the most intricate and tremendous of sagas.

Nurse with Wound - Rock 'n Roll Station (Abstrakce Records)
Reissue of this mesmerizing record including an unreleased alternate mix of "Subterranean Zappa Blues". Hypnotic rhythms made of slow minimal beats, industrial textures, intoxicating drones and repetitive voices that seem to merge from dreams. Everything built by two of the most brilliant industrial music minds: Steven Stapleton and Colin Potter.

From Roberto Auser to Samuel Rohrer

Oumou Diabate et Kara Show Koumba Frifri - Music from Saharan WhatsApp 02 (Sahel Sounds)
The Malian duo comprising mother and son Oumou Diabate and Kara Show Koumba Frifri (Youssouf Drame) play traditional Mandingue music. These lowkey recordings are a snapshot from a griot family home. Oumou Diabate has been performing all her life, and is honored as one of the first griots to perform on television when it first arrived in Mali. Kara Show carries on his family tradition, a renowned performer of the Tamani drum. A founding member of the Balani Show outfit Group Mamelon, Kara Show is a regular guest performer in Bamako’s modern music scene.

VA - Quilted Flowers: 1940s Albanian & Epirot Recordings from the Balkan Label (Canary Records)
Balkan label released about 70 songs for the Albanian-language market ca. 1942-49, including from Epirot (northwestern Greek) material and choral anti-fascist Communist songs. We have presented here a fraction on those roughly in the order in which they were issued. It was a time of immense political and social turbulence in Albania, and the total Albanian-speaking population in the U.S. was less than 10,000.

Rainbow Island - Illmatrix (ArteTetra)
Rainbow Island is a quartet born in Rome in 2013. Since its foundation the band confirmed themselves as skilled explorers of virtual dub, deranged non-narrative storytelling and manipulations of digital riddim music in between fourth and fifth worlds.

Roberto Auser - Love and Saucers OST (Ausland)
Soothing synthesizer music and fantastic audiographic collage for fans and lovers of obscure 80’s ambient and jazzy minimal electronics. Dutch DJ and producer Roberto Auser made the score to the feature documentary Love and Saucers (2017), a film about the life and art of David Huggins and his extraterrestrial love affair.

Saint Abdullah - Where do we go, now? (Purple Tape Pedigree)
Where do we go, now? captures the sounds, stories, and full weight of what it feels like to live in a country, and broader political context, that considers one’s identity as the root of all its problems. We are are not in search of answers, or a path forward; we are in the mood to grieve, the only way we know how.” A cavern of noise, dizzying loops, field recordings, and free jazz. Saint Abdullah is the sonic language of Iranian-Canadian brothers, Mohammad and Mehdi.

Samuel Rohrer - Continual Decentering (Arjunamusic Records)
Continual Decentering showcases Swiss drummer/percussionist Samuel Rohrer’s skill in turning the drum kit into a lead instrument. While the term “lead instrument” denotes a kind of exuberant “flash,” or a clear separation from the rest of the voices in an ensemble, we can take the term to mean something different throughout this listening program of 13 short vignettes. Samuel Rohrer has developed a unique and complex hybrid system in which drum hits trigger modular synthesizer processes, the use of which makes for an incredibly fluid response time between distinct sonic events. 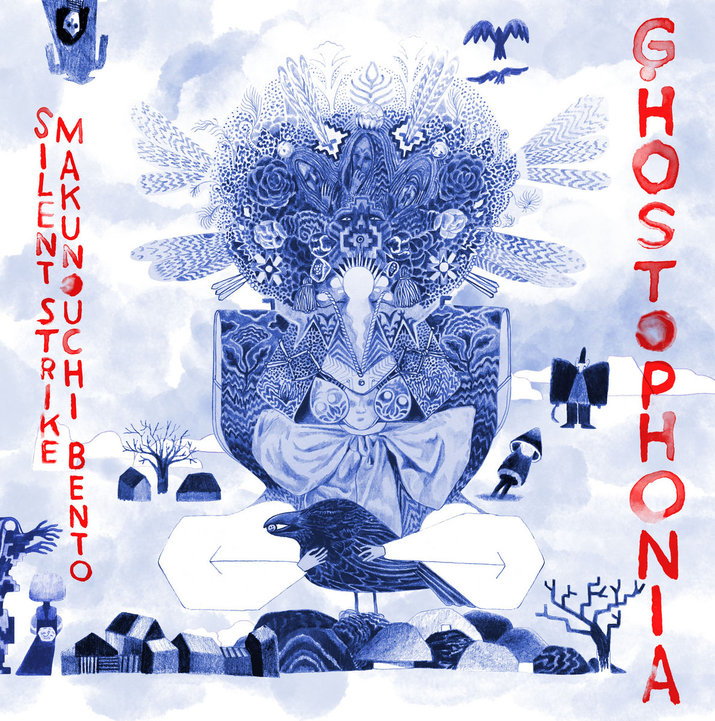 From Simone Gatto to Trilok Gurtu

Spiritczualic Enhancement Center - Transporting Salt (Crash Symbols)
Spiritczualic Enhancement Center return with a new album, this time on the American imprint Crash Symbols. Transporting Salt is a collective effort drawn from Russia, America, Iran, Israel and Germany. Each of the band’s members are synchronized by state-of-mind, rather than tune or scale, and began exploring sonic sessions of DIY mysticism. For each of these sessions, culminating on the Spring Equinox in 2018, they were joined by a local bass player they hadn’t known before.

Svær - Muted People (Bonambi)
Bonambi is a new Brussels-based label and this is their second release. Svær is Médéric Mondet, a Belgian electronic music producer whose work is based on repetition and a play of shifting contrasts, different textures; recorded on tape-loops, using guitar, synthesizer and effects pedals.

Tomás Tello - Cimora (Discrepant)
Over the last decade multi-instrumentalist Tomás Tello has been developing his own personal music style based around an exploration of the guitar and his intense personal investigation of traditional Peruvian music - in particular Andean culture which he grew up with.

Trilok Gurtu - God Is A Drummer (Jazzline)
God Is A Drummer is the new studio album by master drummer Trilok Gurtu. Throughout his illustrious career, master drummer and world music pioneer Gurtu has stood at the confluence of where Indian classical music, Western jazz and funk, African music, and Brazilian music meet. It's been part of his modus operandi for five decades -- making music that defies easy categorization. On God Is A Drummer, his 20th recording as a leader, the uncommonly open-minded musician pays tribute to some fallen colleagues and role models who have guided and inspired him along the way. Dedicated to his own guru, Ranjit Maharaj, God Is A Drummer is a stunning showcase of matchless precision, dazzling solos, passionate vocals, percolating rhythms, and deep-rooted grooves.

VV.AA. - The Plan (Overture Militia Inc.)
The Plan is a compilation including some of the most interesting names of the European and non-European industrial scene (MMMD, Nordvargr, Teatro Satanico, Gianluca Becuzzi and many others). With 18 tracks for a total of almost 2 hours of music, the release transversely explores all the most radical perspectives of the industrial sonic underground.