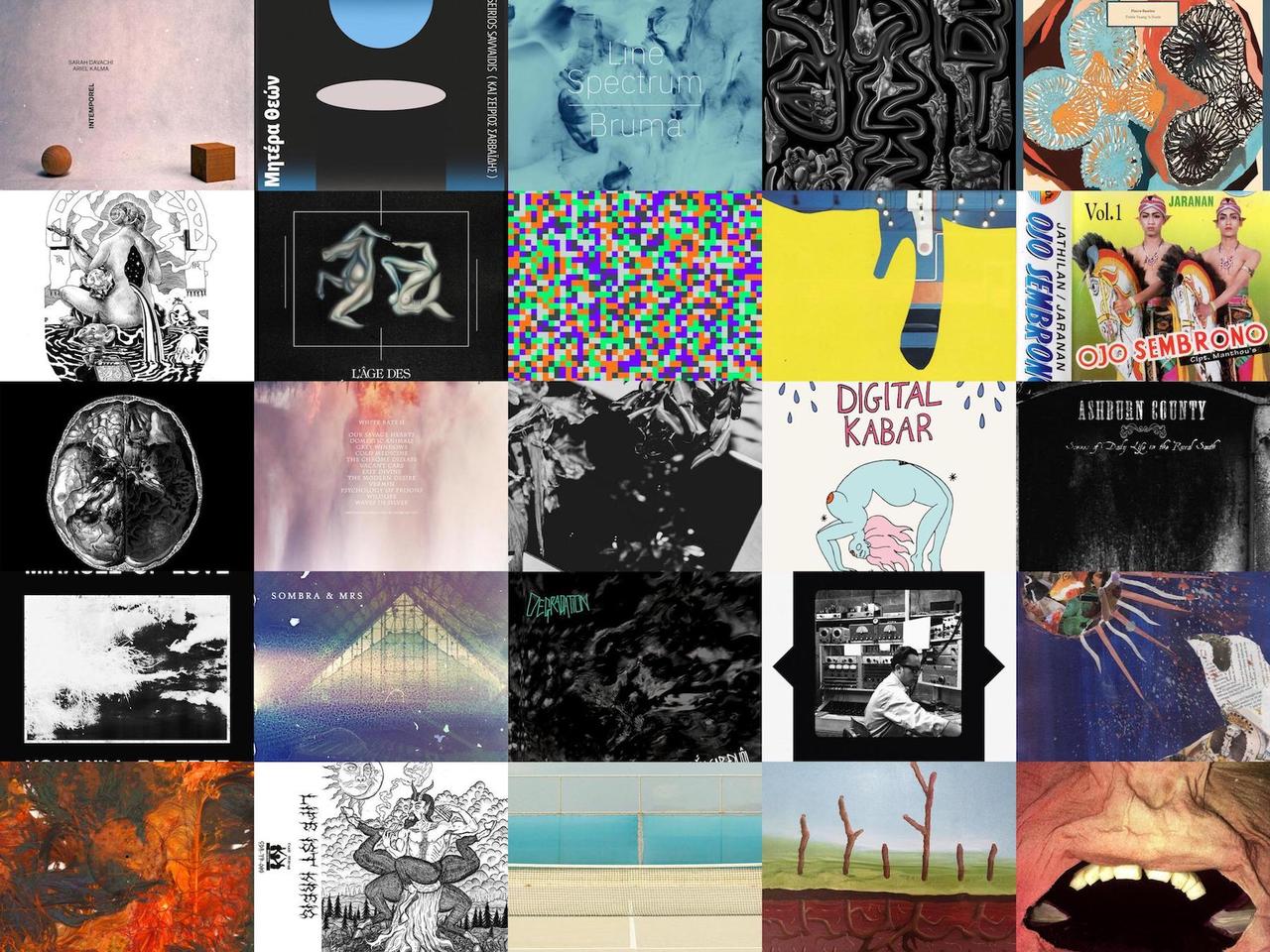 June was a fruitful month for new music, as well as reissues. Fight the heat and surf through a comprehensive list of 31 albums comprising everything from ambient to psychedelic, experimental, ethnic/world, electronics and beyond.

From Anatolian Weapons to Edgar Valcárcel 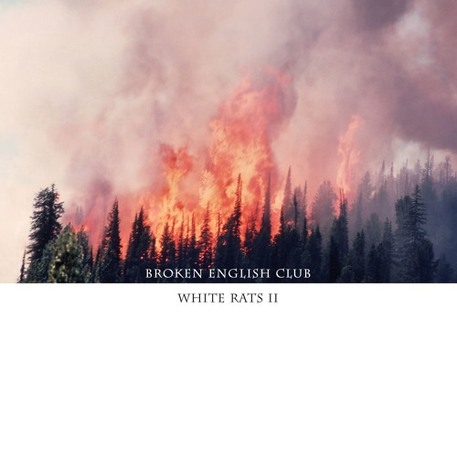 Anatolian Weapons feat. Seirios Savvaidis - To The Mother Of Gods (Beats In Space Records)
Anatolian Weapons, the project of Aggelos Baltas, makes its Beats In Space Records debut with To The Mother Of Gods. A hypnotic journey through the psychedelic folk music of Seirios Savvaidis, the new album testifies that music, through repetition and drone, can take us outside ourselves to a liminal space beyond thought and rationality. Highly recommended.

Ashburn County - Scenes Of Daily Life In The Rural South (Cabaret Curioux/Enfant Terrible)
The new imprint Cabaret Curioux, a new sublabel of the Dutch imprint Enfant Terrible, focused on all sorts of hard to define sounds, which never got a proper release on vinyl yet. This LP of Ashburn County LP is the first record in this series. Even though a few of the tracks on this album were in the meantime released on an obscure CD, this LP is how the band intended their music to be heard.

VA - Digital kabar (InFiné)
At once sacred and secular; sometimes calculated but often improvised; formerly clandestine but now manifest: the Kabar is now an integral part of the Réunionnais landscape, eschewing any of the labels that are slung its way. Born from the musical union of maloya and electronic music, the genre is like a snapshot of Island life, with its artisanal musical instruments, its block parties, its ritual dances and its pamphleteering lyrics.

Edgar Valcárcel - Composiciones electrónicas para los Andes (1967 - 2006) (Buh Records)
Edgar Valcárcel (Puno, 1932-Lima, 2010) is one of the most important composers in the tradition of written music in Peru, along with César Bolaños, Leopoldo La Rosa, Celso Garrido-Lecca, Enrique Pinilla and Francisco Pulgar Vidal. This compilation is a long-awaited publication, which finally makes available to the public the electronic work of an absolutely fundamental composer. Curated by Luis Alvarado, Edgar Valcárcel: Electronic Compositions for the Andes (1967-2006) is now published on vinyl, as part of the Essentials Sounds collection, with which Buh Records presents a series of fundamental works of the musical avant-garde in Peru. 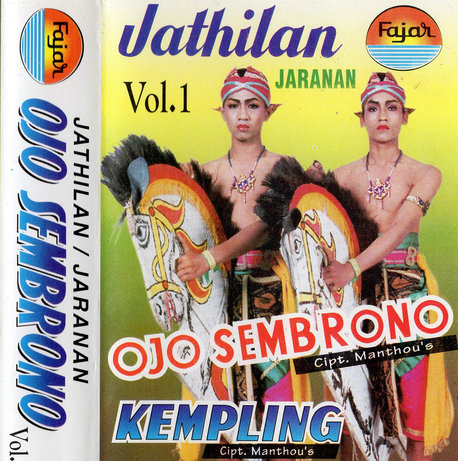 From Jap Kasai to Joseph Allred

I Hate Models - L'Âge Des Métamorphoses (Perc Trax)
L’Âge Des Métamorphoses is not just the debut album from one of techno’s most important new faces, but it also represents a key step forward for both I Hate Models himself and the fusionist techno scene he has unwittingly become a figurehead of. I Hate Models’ music has always be expansive and widescreen in its vision, but the 12 tracks and 93 minutes of L’Âge Des Métamorphoses push this approach far further than ever before. Each track glides between melodic, vocal, percussive and acidic sections with ease, keeping interest high without ever dropping into locked techno loops.

Jap Kasai - babanbabanbanban (GORGE.IN)
Jap Kasai’s newest work, out on the Japanese imprint GORGE.IN, is a collection of 12 songs composed mainly out of samples, loops, bits and pieces of various sounds, in order to recompose a reshaped version of where the concept of contemporary electronics might lead the listener.

Kudho Praneso - Unheard Indonesia Archival Kaset Series #1: Ojo Sembrono - Jathilan
From Arrington de Dyoniso: ”In 2011 I began the Unheard Indonesia series to document the different types of collaborations I engage in with the incredible musicians I meet and work with, throughout Indonesia. Over the years, I've often received requests to share some of the rare cassette treasures I find on my travels. Dare I say, this is the one cassette that literally started it all[...] This is a "campursari" or "mixed" style of Jathilan - you'll notice the propulsive backbeat provided by a Western style "rock" drum kit, and some of the lyrics are taken from popular radio hits of the time. That doesn't diminish one iota (I feel it rather enhances over all) the power of the trance-inducing and ultimately sacred nature of the music itself.”

VA - La Danza Del Agua (Discrepant)
Out on Discrepant, La Danza del Agua (The Dance of Water) is an eclectic musical journey through Latin American experimentalism, showcasing some of its more marginal music with artists from a variety of countries such as Argentina, Mexico, Peru, Bolivia & Venezuela. From digital cumbias to sound experimentation, freak folk, noise, exotica, danceable beats and much more, this new compilation gives life to the continuing strange world of contemporary South American experimental music. 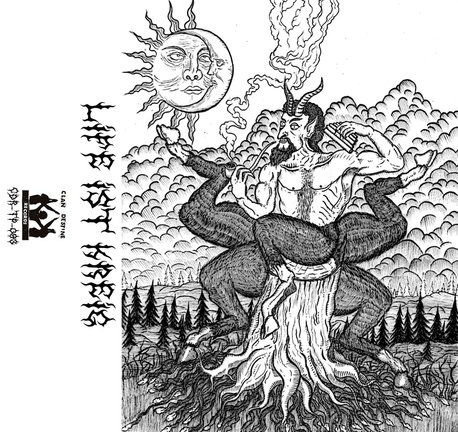 From Lost Few to Merdh Laleh

Lost Few - Between The Silence (Southern Lights)
Lost Few is the audio-visual project of David Thomson, an experimental artist based in Melbourne, Australia. Fusing his relationship with the physical form, which includes found sounds from the Buchan Caves in Victoria and the Tasmanian wilderness, his debut artist album showcases ambient techno, disturbed electronics, processed instrumentation and sub-bass experiments, leading the listener to a journey that traverses a world that possesses a sharp, dissonant edge.

Merdh Laleh - Water For Your Eyes (Petrola 80)
Merdh Laleh is the solo moniker of Copenhagen-based producer and multi-instrumentalist Valdemar Kragelund. His debut full length "Water For Your Eyes" - out on Petrola 80 - is an emotive and electro-acoustic venture taking the form of an ambient record inspired by love and the loss of it, bright and gentle in some passages while harsh and chaotic in others. As the album's narrative unfolds, Merdh Laleh's atmospheric yet fragile musical language manifests itself through a characteristic playfulness and experimentation.

Miracle of Love - You Will Be Free (Overture Militia Inc.)
Following a series of outstanding EPs as Miracle of Love, the talented Italian producer Lorenzo Corsetti released his debut album, You Will Be Free, on the Italian imprint Overture Militia. The album mixes post-industrial, experimental and ambient textures, taking listeners on a trip through dystopian landscapes, serene soundscapes and well beyond. You Will Be Free is a conceptual album, inspired by the contrast between the role of the martyr and Lucifer in Christianity.

VA - Neurosmasher (Monolith Records)
The warping process of perception articulates through a consistent but eclectic collection of dark and dystopic experiments, delivered by some of the most active contributors on the label Monolith, as well as some new influential artists and some fresh blood, such as Honzo, Rell, Second Tension, Countermeasures Electronics, Arrythmia, S0D, MXM, Artik, Hypnoskull, Huren, Sirio Gry J, Pure and Fire At Work. A tool to tamper with the mind perception process, this new compilation explores dissonances altering and smashing perception by using or abusing frequencies and modulations. 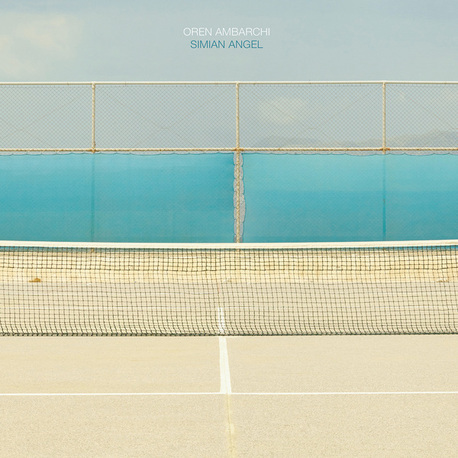 From Pierre Bastien to Rod Modell

Rắn Cạp Đuôi Collective - Degradation (self-released)
Started in 2012 from Saigon, Vietnam, Rắn Cạp Đuôi is an international multi genre, experimental music and visual arts collective, a meme club but also a tin teardrop. Instrumentation by Lam Lam, engineering by Đỗ Tấn Sĩ, vocals by Lý Trang and Harvey Stauss (Goth Prague), composition and production by Zach. If you want to broaden your knowledge you can do it here.

Rimarimba - The Rimarimba Collection (Freedom To Spend / RVNG Intl.)
Rimarimba was the project of Robert Cox, based in Felixstowe, on the seaside in Suffolk, UK. Rimarimba was not Cox’s first entry into the world of recorded music, but was the first time he explored, most perceptively, the parameters of a particular musical mode: one where minimalism is removed from its “high-art” mantle, Cox inveigling its practices in amongst the DIY ethos of an expanding and fascinating underground. 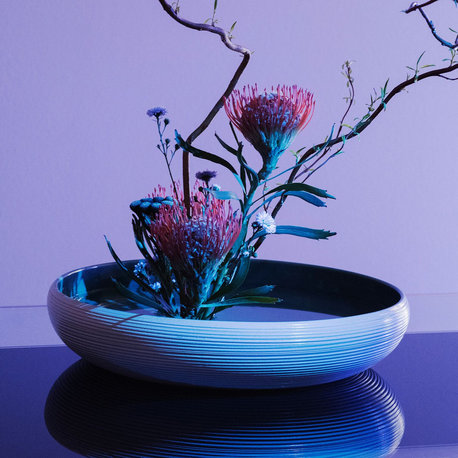 From Sarah Davachi to The Dictaphone

Sarah Davachi & Ariel Kalma - Intemporel (Black Sweat Records)
Like-minded musicians Sarah Davachi and Ariel Kalma blend their strong individual personalities in a single trip on the edge of time. Their kosmiche music is pure, magnificent and elegant, an intergalactic hypnosis that seems to tell of distant times, a millenary vortex of a lost era. This music releases a sort of mythological warmth, secret codes of a lost purity, which lets us dwell in the labyrinths of a pyramid or in the sacred space of a cosmic pagoda.

Seaketa - Gion ぎおん (Chinabot)
Kyoto-based musician Seaketa makes his Chinabot debut with the Gion, a title which translates into English with a double meaning of both Onomatopoeia and Kyoto. Light, glitchy and textural, the new material warps a strong pop sensibility into new and unexpected shapes. From the giddy, ear-tickling opener tari to the discordant clubland echoes of pepo, Gion takes the listener to a topsy-turvy world where nothing is quite as it seems. Each Japanese track name references a different onomatopoeic word. It highlights Seaketa’s preoccupation with translating experience into sounds, and the uncanny chasm which sometimes opens up between the two.

Sonologyst - Phantoms (Unexplained Sounds Group)
Recordings, Sound Design, Turntables, Trumpet, Azzax, Voice by Sonologist (Raffaele Pezzella). Voices of children in a park, people playing a handball game, dogs barking, a man talking of philosophy, a demon lurking in a dark corner. Dreamlike mental landscape of nonsensical memories, a metamorphic passage from the blackness, the shadows of a lost beauty. Everything frozen in the stillness of phantom recordings.

S S S S - Walls, Corridors, Baffles (Präsens Editionen)
Walls, Corridors, Baffles is the debut album of Swiss musician and producer Samuel Savenberg aka S S S S. Following various releases on Haunter Records, aufnahme+wiedergabe, and LUX Records, the LP tries to find an approach to an artistic expression beyond tropes of darkness, harshness and excess. Instead of focusing on a conceptual or symbolic treatment of sound as an abstraction, Savenberg emphasizes its materiality.

VA - The Black Book (iDEAL Recordings)
Excellently curated, this is the digital release of the compilation marking the 20th anniversary of the label (and organisation) for experimental sound and art based in Sweden. Established in 1998 by Joachim Nordwall, iDEAL is releasing noise, electro-acoustic, improv, drone, minimal techno and acid. Vinyl was released as a 3xLP (iDEAL175) in November 2018. "Twenty. Not sure if its worth celebrating, or mourning. Anyways, we decided to compile an album filled with artists we are very close to, others we admire deeply and a few we feel connected to in different ways. The Black Book is indeed a celebration, of musical mysteries, energies and connections."

The Dictaphone - How To Improve Your Relaxing (unjenesaisquoi)
The Disctaphone’s new album, out on the French imprint unjenesaisquoi, breaths a massive mixture of DIY work methods and sound aesthetics. Unlike his last LP, the Dictaphone presents here its brightest side. True DIY art at its peak Played, recorded, mixed all alone, Jeremie Morin gives a unique blend of DIY synth, post-punk, krautrock, acid folk, polyrhythm.