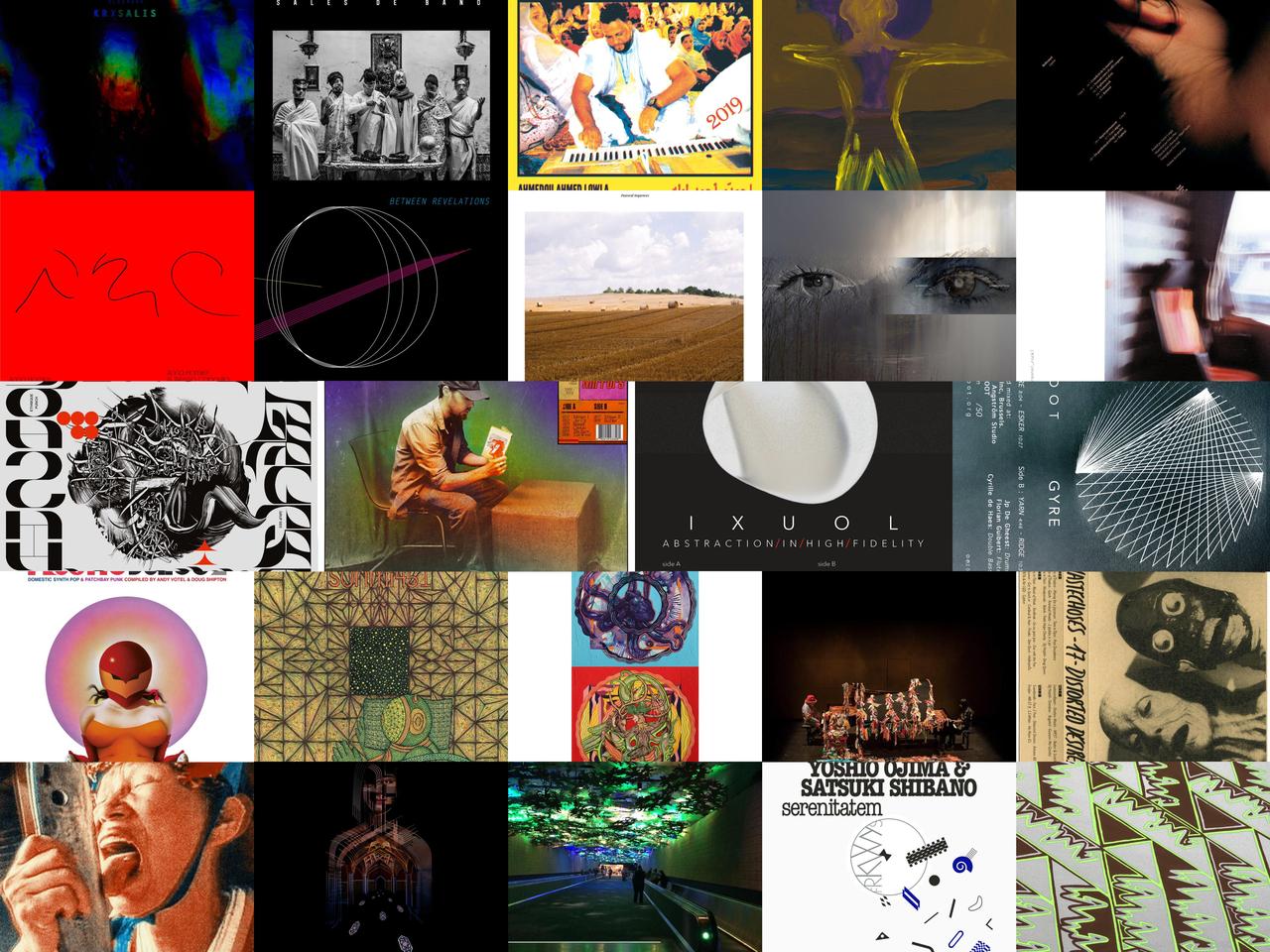 April was a great month for new music, as well as old sonic jewellery which got resurfaced. What's new, what's good, what's hot or not, what's obscure or under the radar, music wise, here's the monthly Staff Picks.

Take your time to surf through a comprehensive selection of 25 albums comprising everything from ambient to psychedelic, experimental, ethnic/world, electronics and beyond. 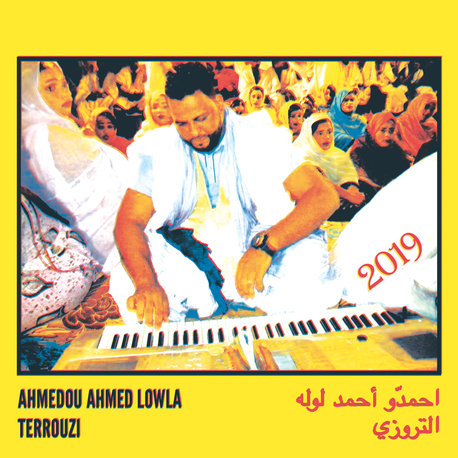 Anna Homler - Deliquium in C (Präsens Editionen)
Best known for her early work as “Breadwoman” –originally released in the mid-80ties– Anna Homler returns with Deliquium in C, out on Präsens Editionen. For Deliquium in C, Homler worked together with four extraordinary artists: Gang of Ducks’ Alessio Capovilla, Mark Davies alias The Pylon King (who, together with Homler, forms the duo Voices of Kwahn), PAN-affiliate Steven Warwick aka Heatsick, and the late Steve Moshier, who produced the original Breadwoman tape. These collaborations emphasize once more just how versatile Homler is—as a singer and as a master of her toys.

Bartosz Kruczyński - Baltic Beat II (Growing Bin Records)
In the three years since he introduced the music world to his work Baltic Beat, Bartosz Kruczyński has traded dub techno, Berlin electronics and jazzy Balearic on a string of highly regarded labels. Now the Polish musician is back to Growing Bin, inviting the listeners in a new escapade through the fields and woods of his native land.

Black Zone Magick Chant - Voyage Sacrifice (Shelter Press)
The new record of French wizard Maxime Primault under the alias of Black Zone Magick Chant was born of “a few very intense sessions, in altered states of consciousness.” The three expansive compositions from Voyage Sacrifice sets out a very deep and dark soundscape, infused with hypnotic drones, ritualic chants, and outer-sounds. As Primault admits, “it’s a mental journey. I handled the sacrifice; the voyage is yours.”

Caterina Barbieri - Ecstatic Computation (Editions Mego)
Caterina Barbieri is an Italian composer who explores themes related to machine intelligence and object-oriented perception in sound through a focus on minimalism. Following 2017’s acclaimed 2LP “Patterns of Consciousness”, “Ecstatic Computation” revolves around the creative use of complex sequencing techniques and pattern-based operations to explore the artefacts of human perception and memory processes by ultimately inducing a sense of ecstasy and contemplation.

Charlemagne Palestine + Rrose - The Goldennn Meeenn + Sheeenn (EAUX)
Charlemagne Palestine’s work The Golden Mean, originally performed by Palestine on two pianos in 1976, is revisited by the EAUX imprint as The Goldennn Meeenn + Sheeenn, a new collaboration between Palestine and the stealthy performer Rrose. Palestine and Rrose first joined forces a decade ago, when Rrose was studying at Mills College. In 1018, the Festival Variations in Nantes commissions Palestine to perform The Golden Mean, reworking the piece for two pianists. Palestine chose Rrose to join him in this new rendition of the work. Together, they performed The Golden Mean (reborn as “The Goldennn Meeenn + Sheeenn”) onstage at the main opera house in Nantes — the sumptuous Théâtre Graslin – with amazing results. The concept of the ‘golden mean’ goes back to the roots of mathematics, and ancient Greek philosophy. It is an important work in the Palestine mythos, embodying his total immersion in the power of the interval. “When we rehearsed it, we were noticing how each interval is like a universe of its own – with its own history, emotions, and sonic qualities all mixed up together. Every time you move from one interval to the next, it feels like moving into another world,” says Rrose. 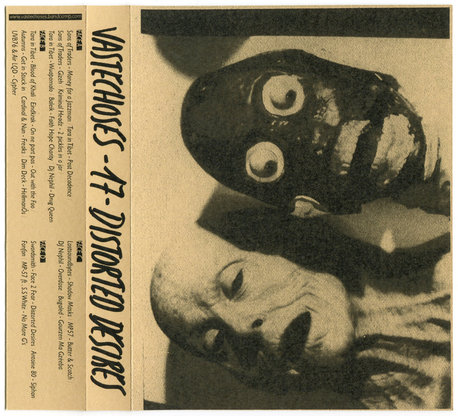 From Elkhorn to Gramm

VA - Distorted Desires (Vastechoes)
Distorted Desires is the 17th release in the stack of the Blegium based imprint Vastechoes. From mind-melting electric lines to reminiscent of industrial music, this expansive package of 22 tracks split over four sides of tape comprises both fresh artists and longstanding collaborators. Not to be missed.

Elkhorn - Sun Cycle / Elk Jam (Feeding Tube Records)
Elkhorn is a folk/psych-rock guitar duo featuring Jesse Sheppard on twelve-string acoustic and Drew Gardner on electric, interweaving the extended folk tradition with psychedelic improvisation, moving freely from pre-rock to post-rock, from the 1860s to the 1960s and beyond. Sun Cycle / Elk Jam is available physically as a double album, out on Feeding Tube Records.

Gramm - Personal Rock (Faitiche)
Twenty years ago, Jan Jelinek’s debut album Personal Rock was released by Source Records. Under the pseudonym Gramm, it brings together eight tracks that have not been available on vinyl since their original release. Resurfaced by the imprint Faitiche, Personal Rock brings to light a nice collection of loop-based minimal house cuts and deep electronics, which comprise a double LP featuring the original cover artwork.

Ixuol - Abstraction In High Fidelity (Zabte Sote)
“Abstraction in High Fidelity” is the new album by Ixuol (real name Arastoo Darakshan), out on Ata Sote Ebtekar’s own imprint, Zabte Sote. Ixuol is an Iranian artist whose complex electronic work draws inspiration from Western composition and traditional Persian music, specifically the micro tuning of the Santur and Ghanoon instruments. The music, while entirely synthesised, evokes beautifully subtle timbral and performative changes, blurring the lines ever more of the computer as an instrument. Throughout the 15 tracks, the album provokes the listener to a beautiful music journey and listening experience, both inspiring, beautiful and occasionally tormenting. 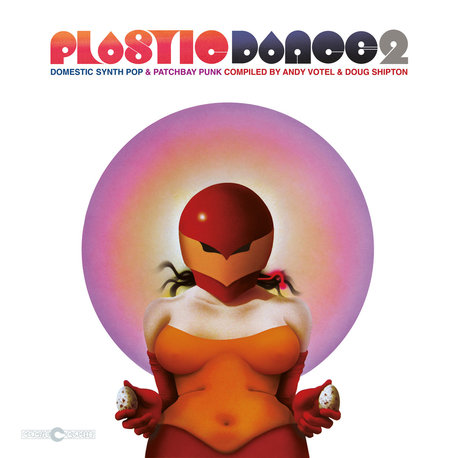 João Renato Orecchia Zúñiga - Between Revelations (Buh Records)
João Renato Orecchia Zúñiga was born in Brooklyn, NY (and now is based in Johannesburg) to Peruvian mother and an Italian father. ”Between Revelations”, Orecchia’s first release with Lima based Buh Records, is a solitary album, a conversation between the artist and the instrument. It is an exploration of the pathways and connections of the states of both in any given moment, weaving a fabric whose colours and patterns reveal an utter revelry in sound.

Odd Nosdam - Mirrors (Alien Transistor)
Acclaimed abstract hip-hop producer and co-founder of Anticon Records, Odd Nosdam, released his latest album, Mirrors, on Alien Transistor. Composed entirely of found sounds, most of them sourced from rare and private press vinyl, Mirrors’ instrumental beats and sound collages pulse with a sense of investigation and renewal that has become Nosdam’s sound signature since the turn of this past century. A haunting album that naturally blends otherworldliness with dangerous soundscapes, Mirrors is an entrancing accumulation to the producer’s body of work.

Piloot - Gyre (Mascarpone Discos)
PILOOT is a Brussels based trio comprising Florian Guibert on flute, Cyrille de Haes on double bass and Jean-Philippe De Gheest on drums. The project came to light in 2017 with a first auto-produced eponym LP. They went on to tour India and Europe with their instant compositions, supporting bands of the likes of Marc Ribot’s Ceramic Dog or Acid Mothers Temple. They are now back on the Valencia based label Mascarpone Discos with their latest effort, Gyre. The album surfs through trance-like feelings using repetitive motives, drones, matters and ecstatic chaos.

VA - Plastic Dance: Volume Two (Finders Keepers Records)
”The artists on Plastic Dance 2 were artists because they said they were. Listen to their work and you’ll know they were. Listen in transcendent wonderment as George Attwell creates alchemical space funk in his home studio… as a future Mock Turtle and members of The Manchester Music Collective channel Robert Calvert and Bill Nelson… as Korzynski comes on like a Jeff Mills remix of Terry Riley. Listen in the wide-eyed joy of being as Stabat Stable’s drum machine runs amok to the accompaniment of discordant organ stabs… as a future founder of 808 State channels Albert Ayler alongside a galloping synth arpeggio.” The second installment of the Plastic Dance compilation put together by Finders Keepers’ Andy Votel and Doug Shipton is out. From obscure synthwave to experimental prog rock, future jazz and kraut disco, this compilation defies any music categorization; listen to it in its entirety.

Refectori - Espleni (Hedonic Reversal)
Refectori is the music project of Barcelona based producer Xavier Longàs. His latest work for the Spanish label Hedonic Reversal implies as fundamental ideas the union between body and raw material, an interest that was already glimpsed in Xavier’s first release on the label Bestiarie in 2015. The distortion of organic sounds arrives to wide landscapes of noise, sometimes moderated, other times uncontrolled. Refectori uses daily field recordings from the surroundings, which he later manipulates and experiment with different work methods and sound scales. 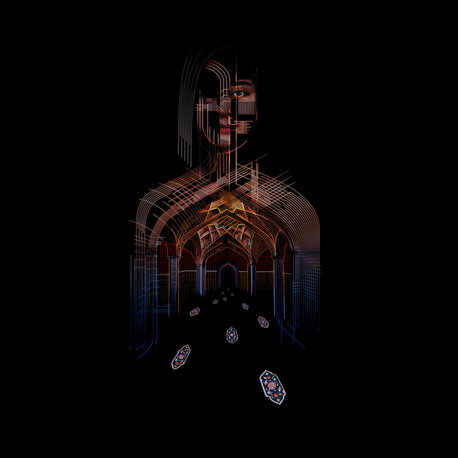 From Slagmann to Visible Cloaks

Sales de Baño - Geometría del vínculo (Buh Records)
Based in Buenos Aires, Argentina, Sales de Baño is one of the most innovative groups of the Argentinean experimental scene, which has brought to international attention other notable groups, and of similar concerns, such as Nicotina es Primavera or El devenir del Río. They often expand the languages of jazz and incorporate elements of experimental rock, contemporary music and free improvisation. "Geometría del vínculo" [Geometry of the bond] is Sales de Baño’s third album.

Slagmann - Krysalis (Talismann Records)
Slagmann is the collaboration between producer Talismann and music ensemble Slagwerk Den Haag. Their first album 'Krysalis' is, as the artists themselves like to call it, a "ritualistic experience," drifting from late-night hypnotic cuts to more rhythmic, repetitive sonic scenarios. The overall album evokes a wide spectrum of feelings, from wistful, to dark, enraptured soundscapes. The album breaths a lot of tension throughout its 14 tracks (available digitally), and just 10 tracks available physically. Out on the Amsterdam based Talismann Records imprint, this record juggles with ritualistic percussion and drum machines, transcending the audience into the murkiest depths of electronica and classical minimal music. For the visual identity of 'Krysalis', Slagmann works together with visual artist Heleen Blanken, responsible for the scenography of the live show and the cover image.

Sonmi451 - Nachtmuziek (Astral Industries)
Belgian artist Bernard Zwijzen, aka Sonmi451, has for been quite busy over the past decade and his result is luscious ambient album out on Astral Industries. This six-track record is called Nachtmuziek, a perfect voyage through dreamy, melancholic and deep soundscapes, voices and whispers out of this world, provoking the ear to an overall meditative introspective listening experience. Tune in, turn on, drift away.

Sote - Parallel Persia (Diagonal Records)
Iranian composer Sote returns with a new album, Parallel Persia, out on Powell’s own Diagonal Records imprint. The new full-length LP presents a series of compositional structures and various synthesis techniques (notably, physical modelling, FM, wavetable, granular and additive) with Iranian acoustic instruments such as santour and tar. “Parallel Persia deals with the illusion and creation of an artificial hyperreal culture manipulated and controlled by an imperious agency somewhere within all galaxies,” says Sote. “Like all realities, greed and arrogance channels destruction of life. However, the path to havoc includes resistance via beauty, grace and symmetry. Snapshots of an apocryphal Iran is presented via sonic schematics for a synthetic “Meta-Persian” experience. This experience can be in our present-day life or maybe somewhere else somehow differently in a parallel world,” Ata states.