Spring is here, once again. What's new, what's good, what's hot or not, what's obscure or under the radar, music wise, here's the monthly Staff Picks. We continue with the flourishing March and a comprehensive selection of 23 albums comprising everything from ambient to psychedelic, experimental, new wave, ethnic/world, electronics and beyond.

From Aries Mond to Cleptophonic 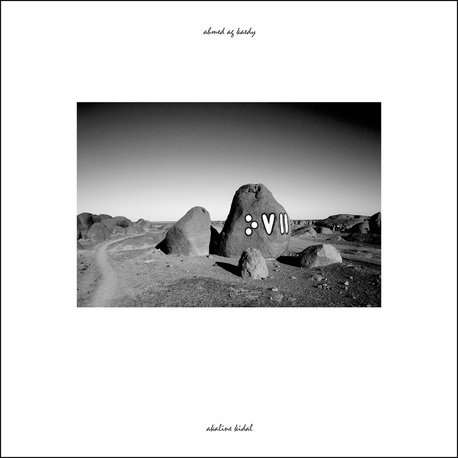 Aries Mond - Cut Off (IIKKI)
Cut Off is the result of a dialog between the artists Dmitri Markov and Aries Mond initiated by the French imprint IIKKI between October 2017 and December 2018. The complete project comprises two physical imprints: a book and a disc (vinyl/cd). Aries Mond has started to work with music instruments in 2012, mainly focused on piano. His first album has been released on eilean rec. in 2018 and Cut Off is his second album. Aries Mond also composes music for contemporary theatre. He lives in southern of France, in the Pyrénées. Dmitri Markov is a Russian documental photographer, social worker, volunteer and journalist from Pskov. His only camera is an iPhone, with a sharp eye he documents life in the ex-URSS without any artifice. His works are simply some everyday life’s scenes with a particular sense of beauty and a wonderful talent. He has been laureated from many international competitions. Cut Off is his second book.

Chupame El Dedo - No te Metas con Satan (Discrepant)
Formed by psych cumbia master Eblis Alvarez (Meridian Brothers) and Pedro Ojeda (Romperayo), the man that found the perfect cocktail mix for acid + folk + tropical beats, Chupame El Dedo are ready to mess around with Satan. It’s a pitch perfect title for a record that’s never at the right pitch. The humour makes way for the funny stories that Eblis and Pedro explore in their lyrics. Souk’s fourth release is a daring adventure in global beats.

Cleptophonic - Movente LP (Pregnant Void)
Movente is a debut LP from a vital and long-standing figure of Italy’s clubbing scene under a brand-new alias. Movente is an autobiographical collage of experimental trip hop sounds. Playing on turntables and immersing himself in a sonic realm cuts him off from the real world and acts as therapy for this meticulous and selective person and artist. 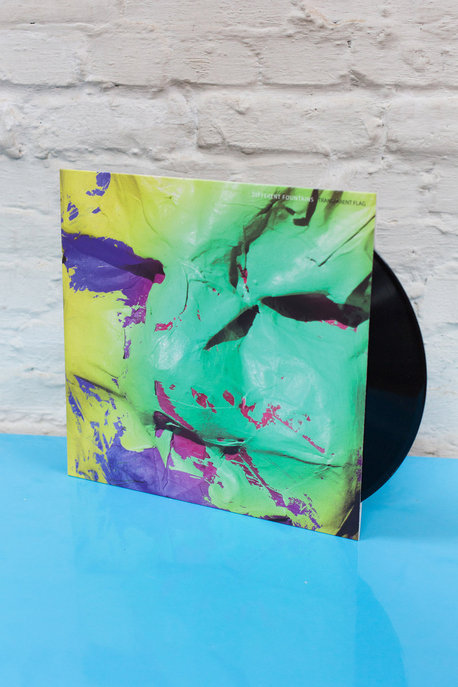 From Dis Fig to Fennesz

Dis Fig - Purge (PTP)
Dis Fig's debut album 'PURGE' is an exploration of Felicia Chen’s own weakness through varying degrees of noise, vocal voyages and orchestral composition. While the New Jersey born, Berlin-based artist is best known for her obstinate and unequivocal brutal DJ sets, this work comes in at a much different trajectory.

Dustin Laurenzi - Snaketime: The Music of Moondog (Feeding Tube Records & Astral Spirits)
Chicago saxophonist Dustin Laurenzi, a touring member of Justin Vernon’s Bon Iver and one-third of the inventive Chicago improvising collective Twin Talk, first encountered the music of Moondog a decade ago, while studying at Indiana University. This album was recorded live at Chicago's Hungry Brain in January of 2018, but Laurenzi didn't expect to release the music until he listened back later. The ensemble was carefully comprising a mixture of players Laurenzi had worked with or had desired to: Chad McCullough (trumpet), Nick Mazzarella (alto saxophone), Jason Stein (bass clarinet), Dave Miller (guitar), Matt Ulery (bass), Quin Kirchner (drums/percussion) and Ryan Packard (drums/percussion). There's an inescapably human, idiosyncratic vibe to the album, coursing with raw emotion and fragile beauty that both honors the distinctive spirit of Moondog and creates something utterly fresh at the same time.

Fennesz - Agora (P-Vine / Touch)
Christian Fennesz returns with a new album, Agora. On his own words, ”it’s a simple story. I had temporarily lost a proper studio workspace and had to move all my gear back to a small bedroom in my flat where I recorded this album. It was all done on headphones, which was rather a frustrating situation at first but later on it felt like back in the day when I produced my first records in the 1990s. In the end it was inspiring.” 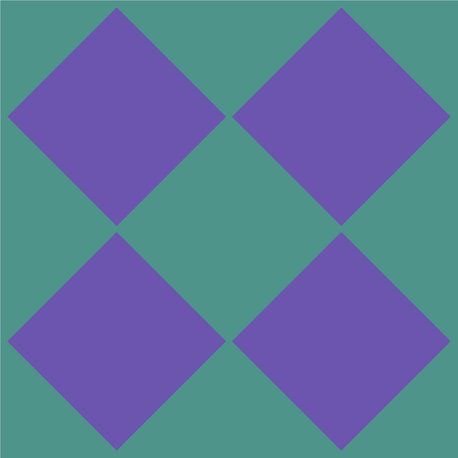 From Lightbath to Mdou Moctar

Het Interstedelijk Harmoniumverbond - s/t (KRAAK)
Het Interstedelijk Harmoniumverbond is the collaborative work of Flanders based musicians Glen Steenkiste, Brecht Ameel, David Edren and Steve Marreyt. The group is indicated to be on a “quest for yet undiscovered dimensions of drone.” They all play harmonium and share a genuine interest for temporality in music. The project had its premiere on Eastern Daze V festival in November 2018. KRAAK’s latest release comprises 2 pieces of this project: Balg and Riet suitable for those in need of a stellar listening experience. For the rest: beware.

La Tène & Jacques Puech et Louis Jacques & Jérémie Sauvage et Guilhem Lacroux - Abandonnée/Maléja (Les Disques Bongo Joe, Three:four Records)
The hurdy-gurdy/harmonium/percussions trio La Tène welcomes for their third album two bagpipes (cabrettes and 23” to be exact), and a combo of string instruments (12-string guitar and electric bass). Beyond the instrumentation, this is a group of high esteemed guests: Jacques Puech, Louis Jacques, Guilhem Lacroux and Jérémie Sauvage, whom works are given their due credit (with the La Novià collective and its multiple variations, the France group, Super Parquet, the Standard-In-Fi label, etc.). Even if the album was released last December, it just cannot be missed from our monthly round up.

Lightbath + Emily A. Sprague - full/new (RVNG Intl.)
full/new is an expression of mutual planetary motion. Drawing a school of listeners to the floor of Commend’s relatively small interior on a late July Sunday afternoon in 2018, Emily A. Sprague and Lightbath (aka Bryan Noll) provided an hour of aqueous reflections that whispered with the trees outside on Forsyth street and tempered the activity of the surrounding island. full/new was originally presented as a limited run of cassettes in hand-numbered cases as part of our Commend Here series, which captures the magical moments of select Commend events. It is now available in digital format for enjoyment in the ether.

Mdou Moctar - Ilana: The Creator (Sahel Sounds)
"I am a very curious person and I want to push Tuareg music far,” Tuareg rising star Mdou Moctar says. A long time coming, “Ilana” is Mdou's first true studio album with a live band. Recorded in Detroit at the tail end of a US tour by engineer Chris Koltay (the two met after bonding over ZZ Top's “Tres Hombres”), the band lived in the studio for a week, playing into the early hours. Mdou was accompanied by an all-star band: Ahmoudou Madassane's (Les Filles de Illighadad) lighting fast rhythm guitar, Aboubacar Mazawadje's machine gun drums, and Michael Coltun's structured low-end bass. The album was driven by lots of spontaneity – Mdou's preferred method of creation – jumping into action whenever inspiration struck. The resulting tracks were brought back to Niger to add final production: additional guitar solos, overdubs of traditional percussion, and a general ambiance of Agadez wedding vibes. 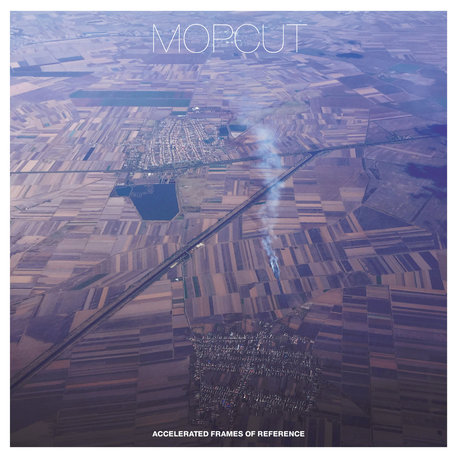 From My Disco to Nac/Hut Report

Millions of Dead Tourists - Helicoide (1000+1 TiLt)
Millions of Dead Tourists are an intriguing music trio from Greece who ”uses and abuses synths, pedal effects, 2 bass guitars, laptop, sequencer.” Their second album, "Helicoide", was released on the 1000+1Tilt label and bring into forefront 4 electronic pieces. An intense listening experience, walking through dark sound spheres reminiscent of early electro and evokes post-apocalyptic scenarios. Somehow, without any expressed activism, the sense of the protest is here and can be felt throughout the album. ”Recorded in Athens and Thessaloniki, January to March 2018, while both cities were being sold to airbnb.”

My Disco – Environment (Downwards Records)
MY DISCO returns with a new album, the most unbending recording to date. Released on Downwards Records and written over a two week period in Berlin, the new album breaths a meticulous, dark and intense complexity of sounds and soundscapes. Utilizing unconventional instruments and recording techniques, MY DISCO began a process of refining their minimalist approach to creating music. Metal hand percussion and drone box guitar effects all became a unique and integral part of creating ‘Environment’. The album comes up with an additional package of 4 solid remixes.

Mopcut - Accelerated Frames of Reference (Trost Records)
Mopcut is a trio comprising Lukas König (drums, synthesizer, voice), Audrey Chen (voice, analog electronics) and Julien Desprez (guitar). In Lukas’ own words, this is a medium-length noise-style that covers the head and ears with a vertical bang and a horizontal wave. It's a popular style for all ages, genders and generations. 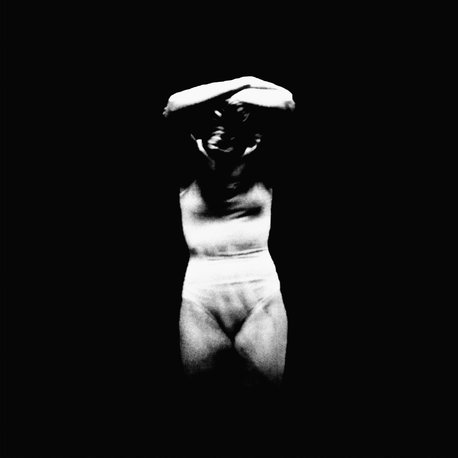 Recent Arts (Tobias Freund & Valentina Berthelon) - Skin (NSP)
Recent Arts is a duo conformed by visual artist Valentina Berthelon and musician Tobias Freund. It is an audiovisual concert formed by video projections, experimental electronic music, lightning design and voice –performed live by singer Barbie Williams. For this project, Recent Arts collaborated with a number of performers and dancers in order to create video works that involve improvisations with the bodies, following on the music by Tobias Freund. Throughout the show, the video projections appear in tandem with haunting musical landscapes, telling stories and altering tensions in the environment, questioning the limits and possibilities of the moving bodies. For more, check out recentarts.com.

Piotr Kurek - Polygome (Hands In The Dark Records)
'Polygome' is the first release for Piotr Kurek with Hands in the Dark. After few records made in collaboration and under different monikers, the Warsaw-based musician gives us another idiosyncratic form of musical language and an exceptional original recording. His creative energy takes us on an entrancing tour around a collection of modern, cubic and art brut tunes, where architectural fantasies co-exist with humorous, colourful portraits. He creates shapes which are full of surprises and mystery. With 'Polygome', Kurek goes against the grain of current trends in experimental electronica. This will undoubtedly be a one-off for the genre this year.

Tommy Four Seven - Veer (47)
Veer sees Tommy Four Seven further refine his disruptive take on techno and is his first full length solo record since Primate (CLR, 2011), although as one half of the electronic duo These Hidden Hands, he has also released two albums (These Hidden Hands, 2013 / Vicarious Memories, 2016) in the interim. Ostensibly a dance music record, certainly with no deficiency of bangers, when pulling back the layers however the meticulous sound design demands just as much discerning listening as it does volume in a club. Tommy also gives an unconcealed nod to a Sci Fi film nostalgia which emanates throughout the project, conjuring memories of flickering 35mm film, desolate polysynths and existential threats. An exercise in confounding retrofuturism into today’s future sound.

Unknown Artists - STAUB004 (Intergalactic Research Institute For Sound)
From xylophonic techno to full out mental and back to brooding ambient it’s just a step. This five tracks disc comes out to celebrate the six years anniversary of the Berlin techno collective STAUB. During these years, STAUB travelled to Detroit, Bogota, Copenhagen, Hamburg, Milan and more.