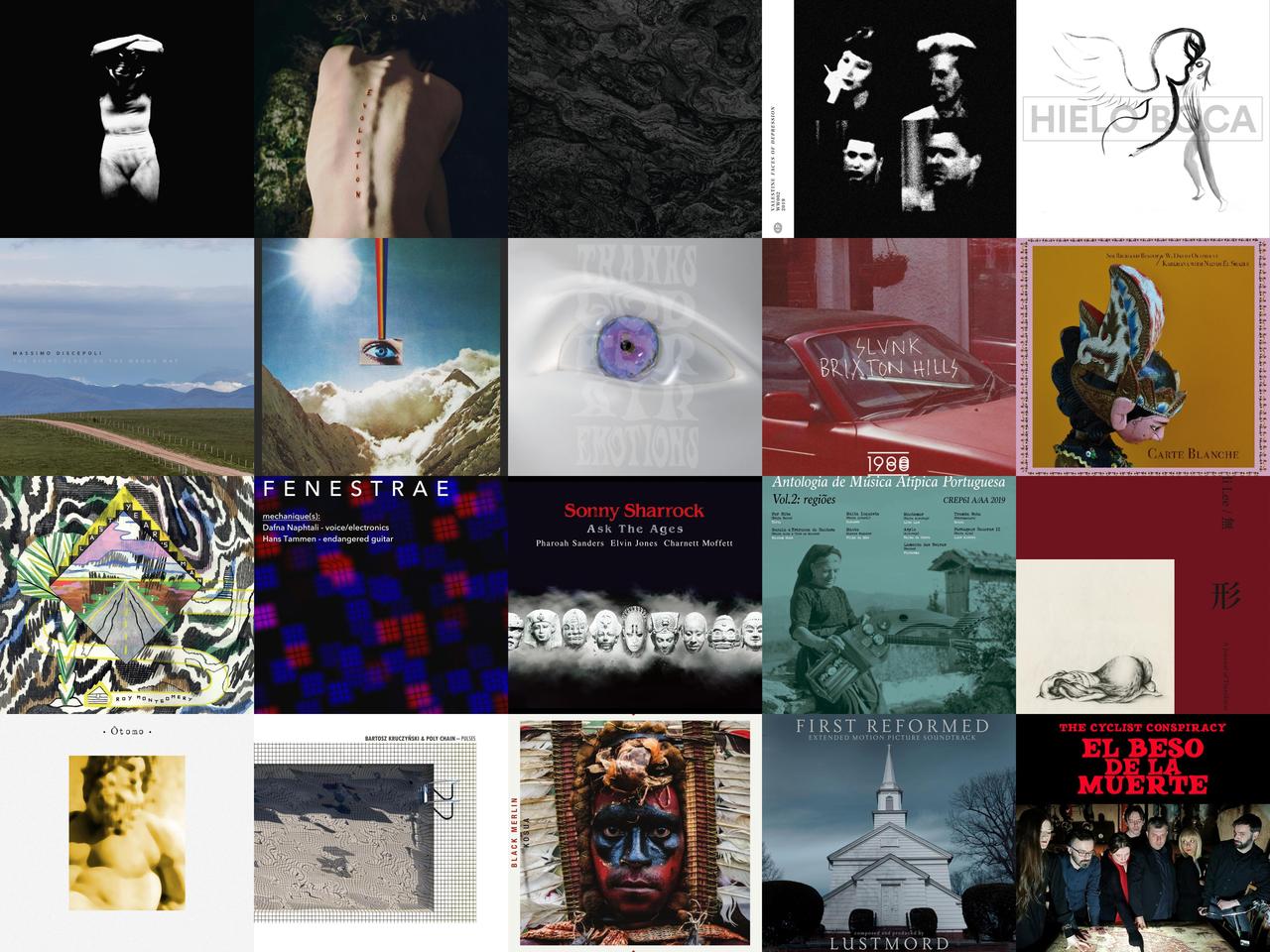 The new year already started with some amazing albums. Check what drew our attention musically during January and February 2019. What's new, what's good, what's hot or not, what's obscure or under the radar, music wise, if you think that we've missed something or want to send a tip, please get in touch.

From Bartosz Kruczyński to Club Alpino 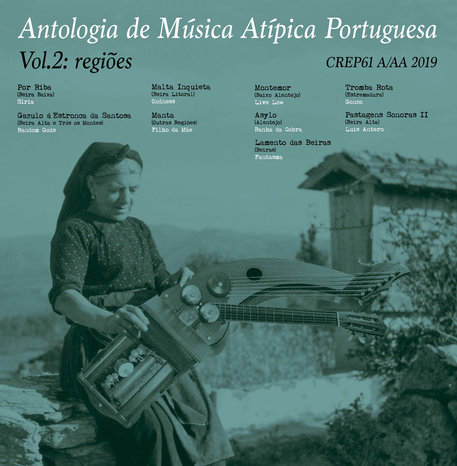 Bartosz Kruczyński & Poly Chain - Pulses (Into The Light Records)
For the second instance in their international parallel series, Into The Light Records presents a great package of seven lush, rich and warm recordings by currently Warsaw-based producers Sasha Zakrevska (Poly Chain) and Bartosz Kruczyński. ’Pulses’ is a result of hours spent in studio with a minimal set-up of Prophet ’08, Moog Sub 37 and Korg Minilogue. The work reflects their mutual attraction to minimal synth, repetitive arpeggios and drone music, as well as a fascination for poly-rhythmic patterns and ambient textures.

Black Merlin - Kosua (Island of the Gods)
This album of Black Merlin’s sonic explorations through the wild Papua New Guinea island was released in November 2018, but due to the overwhelming amount of music being released almost daily, it strangely slipped away from our November round up. But since we never actually cared that much about any kind of numerological rules, this album definitely worth being mentioned here. In 2016, George Thomson planned his first solo expedition, venturing out to meet the Kosua Tribe on the island from the southwestern Pacific. Over the course of the next two years George would record the sounds of the Kosua people, from their daily lives, to ancient dance customs and wildlife. During one of these trips he spent 14 days alone in the jungle, getting in and out of the Mount Bosavi crater and further 3 days inside, recording and filming his experience, which eventually formed the basis of his second album, Kosua.

Dafna Naphtali and Hans Tammen - Mechanique(s) Fenestrae (Nachtstück Records)
This album is a live recording of a performance in Schenectady, NY in 2009. Mechanique(s) is the New York-based duo of Dafna Naphtali and Hans Tammen -- live computer-based electronics and audio processing, endangered guitar and voice. In their active collaboration since 1998, the duo probes and playfully undermines the overlap of various elements of their technical and aesthetic practices. With Naphtali's interactive processed sound/noise system and 4-octave vocal range, and Tammen's mechanical and energetic laptop manipulations of modified guitars, this is an intriguing piece of free jazz and European improvised music, not to be missed. 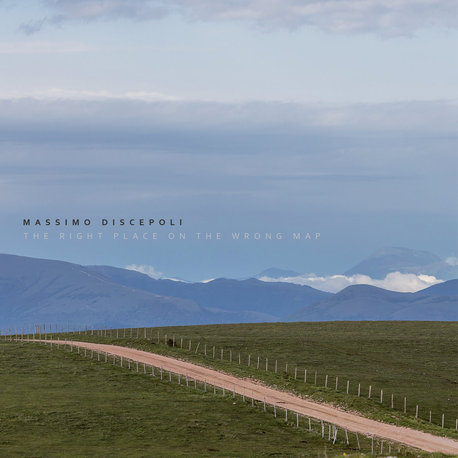 From Decha to Lustmord

Decha - Hielo Boca (Malka Tuti)
Decha is Viktoria Wehrmeister, also known as the frontman of Toresch (alongside Tolouse Low Trax & Jan Wagner). Viktoria’s debut solo album under the alias of Decha brings nine personal, abstract (yet always playful) pieces. Hielo Boca is an enchanting record that explores vast and curious music terrains, an LP that definitely enriches and puts a color on this beginning of the year.

G Y D A – Evolution (Figureight / Dia Mond )
Gyða’s new album, Evolution, features her original compositions and was co-produced by Alex Somers. Other collaborators were Shahzad Ismaily, Albert Finnbogason, Aaron Roche, Julian Sartorius and Úlfur Hansson. The recordings took place in New York and L.A., in two 10 days sessions with a day off in the middle. Strings swirl, electronics hums gently, voices enter – and then exit – gracefully. This is a sturdy yet elegant album – delicate and powerful at the same time. Gyða’s distinctive vocals remain in the foreground, her cello always inventive and highly personal, underlining a dignified craftsmanship.

Lustmord - First Reformed (Self-Released)
As Lustmord, Welsh musician Brian Williams is the „godfather” of the dark ambient subgenre, all but inventing this more doom-laden and sepulchral cousin to Brian Eno’s ambient music in the early 1980s. Here, he does an amazing job scoring 2017’s First Reformed movie written and directed by American director Paul Schrader. Speaking of the works he’s done for past movies, Lustmord says in an interview for The Attic that ”the idea is to do your best work from a creative point of view. You give them want they want. Some want me to bring my sound in their project, which is more interesting and gives you more freedom. I happen to do my own music and I’ve been lucky enough to also have a job from making music, which is a privileged position to be in, considering there are periods when there is no work and no money.”

Massimo Discepoli - The Right Place On the Wrong Map (DOF Label)
The Right Place On the Wrong Map is an amazing new album made by Italian musician Massimo Discepoli, a one-man orchestra juggling with drums, electronics, bass guitar, piano and synths, in order to create a beautiful ambient soundscape. Throughout 7 pieces, the album evokes a wide orchestra of feelings, from nostalgia and melancholy to crepuscular and dreamy atmospheres, large spaces, sparse melodies and abstract drums. A beautiful ride through electronic, improvised music, jazz, leftfield and beyond.

Mondkopf - How Deep Is Our Love? (Hands In The Dark Records)
Paul Régimbeau, aka Mondkopf, joins the Hands in the Dark ranks this Spring with a new album, ’How Deep Is Our Love?’ Based on minimalist instrumental improvisations, ’How Deep Is Our Love?’ will become the soundtrack for the new film adaptation by Diana Vidrascu of the Kafkan play, 'The Silence of the Sirens'. Composed of four long, bright, poetic, contemplative pieces, which grab you by the heart strings and keep a tight grip until the very last note. 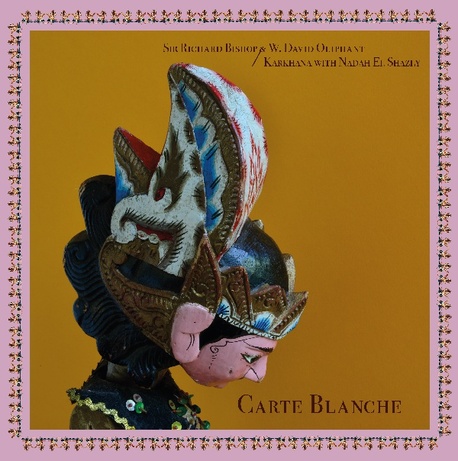 From Santiago Cordoba to Slunk

Recent Arts (Tobias Freund & Valentina Berthelon) - Skin (NSP)
Skin is an audiovisual concert formed by video projections, experimental electronic music, lighting design, and voice – performed live by singer Barbie Williams. For this project, Recent Arts (Tobias Freund & Valentina Berthelon) collaborated with a number of performers and dancers in order to create video works that involve improvisations with the bodies, following on the music by Tobias Freund. Throughout the show, the video projections appear in tandem with haunting musical landscapes, telling stories and altering tensions in the environment, questioning the limits and possibilities of the moving bodies.

Santiago Cordoba - En Otros Lugares (Sounds and Colours)
Santiago Córdoba is a multi-instrumentalist from Argentina best known previously as the percussionist for Violentango. His latest record, following on from debut release Corso, is a propulsive beast dominated by strong rhythms that takes the album into many different territories, pushing into waves of psychedelic riffery at times before then heading to blissful shores, all the while showing Santiago's influence of Argentine folk icons like Atahualpa Yupanqui. 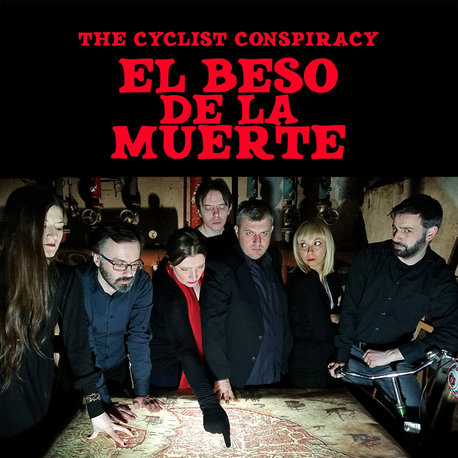 The Cyclist Conspiracy - El Beso de la Muerte (Inverted Spectrum Records)
This is the third release by the Belgrade ensemble The Cyclist Conspiracy, consisting of a cinematic journey through the wild prairie of great economic crisis, oil wells, tribal wars and technocratic control, towards the only horseman on the horizon, Kapilashwar.

Tryphème - Thanks God For Air Emotions (da ! heard it)
Tryphème is a painter of enchanting landscapes. From these territories that transport with a singular atmosphere rather than flashy colors, she fashions an environment into which one must blend. No sudden dives or sheer falls; this music’s charm comes from insinuation—an invitation softly whispered into the hollow of the ear.

Valestine - Faces of Depression (Whitewater)
Drawing from a 1959 educational film called “The Faces Of Depression: A Phenomenological Approach To The Depression Syndrome” which “uses unrehearsed interviews with patients to present a representative collection of depression cases in order to assist the physician in recognizing depressive symptoms” (Simon Fraser University), Valestine devised a four-track piece oscillating between poise and self-hatred.

Vtgnike - Steals (Other People)
Vtgnike is Danil Avramov, music producer born in Vladimir, Russia. He started actively making music in 2010, after moving to Moscow. After releasing a couple of EPs under different monikers, he got a few Vtgnike D.I.Y. cds and released Dubna LP on Nicolas Jaar’s Other People. A few months after its release, Danil got in jail because of drug charges dated in 2009. He fortunately got free in 2016 and got another album with the Gost Zvuk fam. ”In producing I’ve been switching music genres all my life. Electronic music has that flow in it, doesn’t need to be glued to any specific range of bpm.”

變形記 - A Journal of Transform
無 (MU) is a London based music band formed by Sergio Calderón & Céli Lee. The band incorporates diverse styles, instruments and undiscovered approaches.
變形記 - A Journal of Transform is a multimedia project created by Céli Lee with her band 無 (MU). It contains 18 specially curated graphite drawings by Céli, and 13 dedicated musical compositions by 無 inspired by these artworks.The piece is a compelling fusion of original visual and musical creativity that invites audience to a total adventure. The album was recorded by 無 in Tokyo and London between 2017 and 2018. The 13 new instrumental compositions range from ambient, jazz, rock, folk and noise, creating new music that transcends all genres and expectations. With this new release, 無 invites audience to a powerful and unforgettable journey touched by Céli's magic.