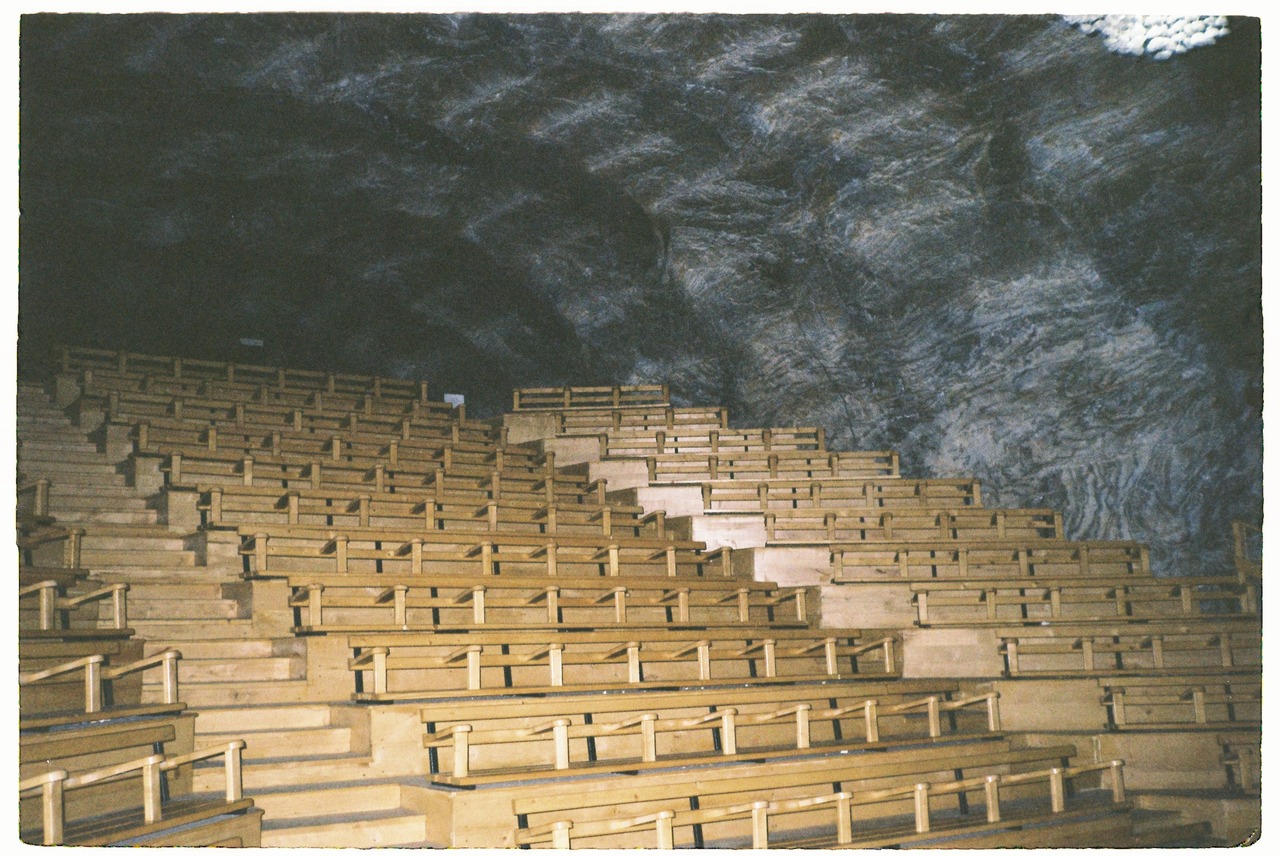 A Guide to The Attic InContext Music Residency

The Attic InContext music residency will take place between June 21 - 25 in the picturesque mountain resort Slănic Moldova, Bacău District, Romania and consist of a series of live concerts, DJ sets, workshops, movie screenings, part of them to take place in a salt mine and to be broadcasted online through our facebook page.

The 4 days event is comissioned by InContext Slanic Moldova, a one month residency programme initiated by Alina Teodorescu (London-based Romanian artist) aiming to inspire contemporary artists to develop their practice and create work in non-studio and non-gallery spaces, through engaging with new geographies, audiences and socio-economic contexts.

The residency seeks to create an environment which is favorable to the intercultural processes that takes place in the global world of the Anthropocene. The Man and his actions have become a transforming agent in the geological processes, in climatic changes and ecosystems. Music is able to generate a sensorial space for testing, perceiving and understanding these transformations.

Activities, performances, talks and art exhibitions seek to contribute to a lively and ongoing experiment that finds its ethos in the natural resources of the town, as well as in the rich culture and traditions of the Romanian mountains, known as one of the last virgin ecosystems in Europe. During four days, international and Romanian musicians will experience interculturality from a sonic perspective, as well as the metabolic interaction between man and nature. They will explore various approaches of Indian music (classical as well as contemporary), while experimenting with several instruments.

The residency space will become a resource for dialogue and fusion in itself, the process culminating with a concert at the Târgu Ocna salt mine by Austrian musician Stefan Fraunberger, who will lead a commissioned ensemble comprising 4 Romanian musicians. Berlin based artist and musician Melanie Velarde also joins the salt mine line up with a special performance, preceded by 2 other improvisational acts by Micleușanu M. & A. Patatics and Sașa Liviu Stoianovici & Dan Michiu. 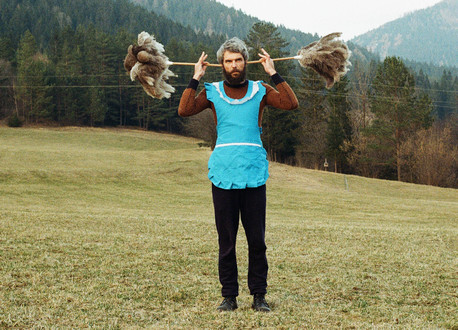 Stefan Fraunberger
Saturday, June 23 @ the concert hall of the salt mine Târgu Ocna

Austrian musician Stefan Fraunberger developed a concept based on the relations of the unseen, choosing „invisibility“ as the background. A hidden relation of Eastern European and Indian cultures seems to be the limit of Muslim cultures on different ends of the track. Until the beginning colonialist British Empire, South-Eastern Romania stood under the influence of Ottoman rule and Northern India under Mughal rule.

It is said that Dimitrie Cantemir, acclaimed 17th century composer for Ottoman-makam music and humanist, was hiding in a hay-carriage while betraying the Ottomans during a battle with the Russians around the city of Iasi, to finally land in the hands of the Russian Tsar. While turning the sides he was unseen in the midst of haywire. On the other side, in Mughal ruled Northern India the „Khayal“ music-style was developed by Muslims and Hindus in cities like Delhi and Lahore to introduce a sonic approach to imagination - the word „Khayal“ is arabic and translates as the „representation of the Unseen“. The „Khayal“ style became world-famous under the generalisation of Raga-Music.

At the beginning of the 20th century, after turning back to Romania from several years of scholarship in Calcutta, Mircea Eliade wrote a slightly orientalising short novel called The Secret of Doctor Honigberger. The novel's protagonist is getting into the manuscripts of Transylvanian doctor Honigberger, a historic figure, having lived and practised at 18th century Mughal court in Lahore. Turning to fiction, he finds Honigbergers secret collection of Sanscrit Mantras. Anyone having recited them would turn invisible.

'I try to find an experimental form, not searching for historic originality or cultural authenticity. Working with Romanian musicians Bogdana Dima, Diana Miron, Laurențiu Cotac and Sian Brie, we'll create an invisible sonic inversion based on the instrumentalists abilities, field-recordings from Northern India, sub-frequent „just intonation“ and inharmonic „shrutis“ – used in Khayal music, also evoking distant influences of Romanian popular music and the hidden resonance of four conch shells, used for puja rituals in Hindu and Buddhist temples throughout the Subcontinent. The general form will remain in the „Khayal“ Tradition whereas the musical content might be quite unorthodox. The common soni underground are the invisible relations in-between reaching for an actuation of the space ship „cosmic purpose“. 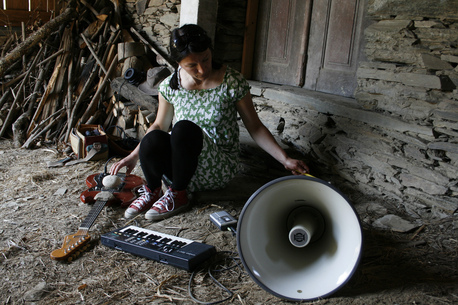 Melanie Velarde forages and fertilizes the fragility of human experience. With one foot on earth and the other on its satellite of memory, Velarde brings an affable anachronism to her work where other archivists agitate authority. RVNG Intl, the label that released her debut album, Parcel, notes that Velarde’s archiving practices evoke the solitary spaces where collections of transcendental objects are suspended.

Velarde’s process, both panoramic and microscopic, embraces the methodology of record-keeping, but permits all documentation to disintegrate. She listens to our world kindly, chronicling awesome and unforgivable terrains, abandoned emblems of progress, and chance encounters as stories we remember, but have not yet lived.

Melanie Velarde is a Berlin based artist with a history in experimental music and contemporary art, which she uses as a medium to explore her passion for field recordings. She fathoms melancholic states and their physical fragments, employing different forms of media. 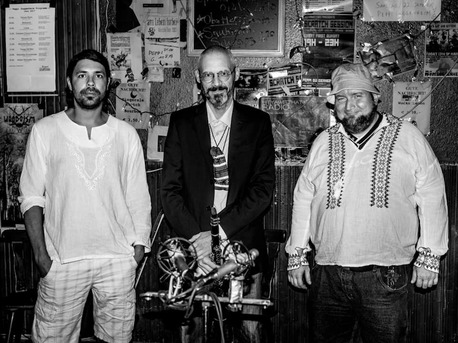 Multumult pitches the exclusive practice of free improvised music, and the creation of a group where artists and improvisers can meet and manifest. This explains the changing avatars of the band members, switching from acoustic to electronics, converging in duos, trios or quartets. Călin Torsan (wind instruments), Marius Achim (percussion) Vasile Gherghel (acoustic mise en scene).

Elektrodoine is a musical program born from Multumult's natural attitude and desire to knowing their own roots. 'As musical improvisers, we have come to the traditional areas where the form was completely absent. Or from the ones where the form was configured in real time: then and there. Romanian song doina is such an Eldorado, having correspondence all over the world. For the concert structure, we chose some emblematic tools for our consecrated space: whistle, tilinca and caval. We have inserted in the melodic material some details specific to the peasant interpretation, structuring our repertoire so as to reach all the major areas of the musical life of the old community: winter customs, sun invocations, dances, wedding songs and children's games. We poured all this melted silver from the ancestor dwelling directly into the mixer, giving birth to a very tasty sound – as a fabric made out of pixels with tassels. 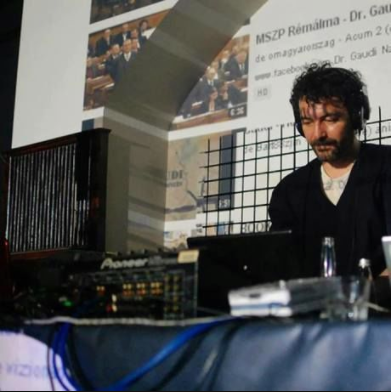 PARADAIZ is an organization whose main goals are the exploration, mediation and support of intercultural exchanges as engines of preserving cultural diversity. The association is engaged in an educational process meant to build intercultural bridges through a program intended to set a two-way relation across what is considered peripheral and central, minority and majority. PARADAIZ also assumes the role of displaying certain problems related to cultural conflicts, and aims at identifying and resolving them through the medium of actions and events that bring into question terms such as tolerance, non-discrimination, equal opportunities, cultural diversity.

Interested in peripheral local and international genres and the connection they have created more or less accidentally, PARADAIZ SNDSSTM, as a DJing epiphany of PARADAIZ, is this time accessing an essential source for the Romanian party music of the 80s and 90s, the Bollywood musical. 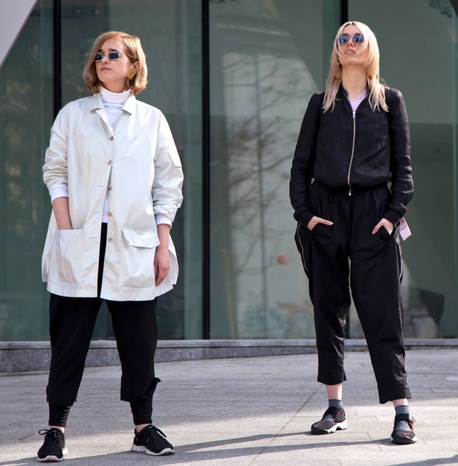 Corp. is the first Romanian feminist platform dedicated to promoting women on the electronic music scene. The artistic group aims to overcome the heterosexists boundaries of the scene and to offer equal opportunities for female artists. The group challenges the predetermined rules within a stage dominated by men. Corp.’s activity combines partying with political education for equality and human rights. Find out more about the Corp platform in an interview by Revista ARTA. 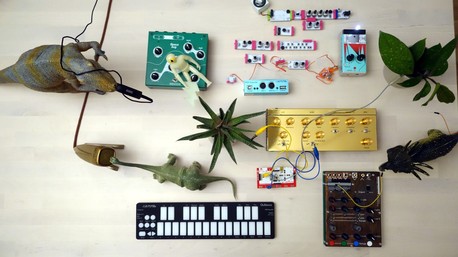 Initially created by the Romanian musician Sillyconductor for his daughter’s kindergarten, the SGOMOT workshop is now available for kids 4-12 who either want to freely explore the power of small noise-making devices or for the ones who just want to witness the level of magic that’s powered by a 5 volt electrical source.

Sillyconductor work includes movie scores compositions, animations, mapping shows, fashion shows, dance performances and own sound objects/installations. Among others, he also invented a multi-piano surround installation that explores the superior limits of reproducing musical notes (Pianosaurus), he helped built a software that can generate 60 soundtracks per second and he made an adaptation of urban folklore for micro-tonal instruments, as well as conducting an earthquake. 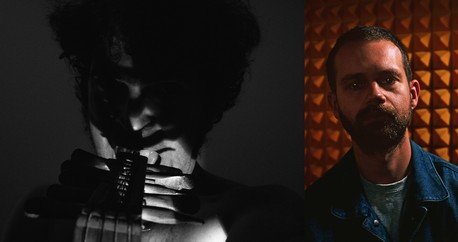 Saşa-Liviu Stoianovici includes in his artistic practice various media - sound, video, food, traditional musical instruments, animal elements. His installations become interference points between peasant archaic objects and new technologies. He collects folklore and searches for endangered traditional music and crafts. He mixes mamaliga and sounds in a continuous search for the meanings of everyday gestures, banalized for generations. Artistic concerts and performances on the Avantgarde Festival Schiphorst Festival, Balkanik Festival, he also exhibited at exhibitions such as In The Light of Utopia, 2011, ICR London, The Absurd in Visual Arts - Homage to Eugen Ionescu, ICR Budapest, 2009. Founder of Nu & Aapa Neagră and Balkan Taksim.

Dan Michiu is an young illustrator, tape collector and experimental musician involved in a series of music projects such as Fake Bantame, Abator Industries or Loungerie. 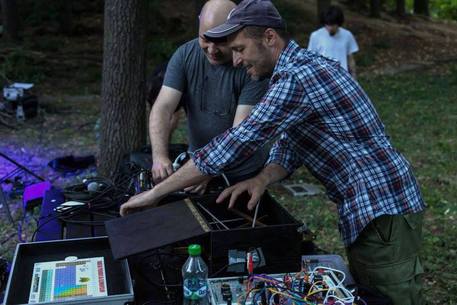 Micleușanu M. is a writer, musician and visual artist. He published short stories and novels (Organismecanisme, Kasa Poporului, Trepanoia) and developed leftfield musical projects such as Ermetic, Pneumaton, Febre39. He is involved in a wide range of artistic projects, from experimental music to poetry, photography and visual arts. His past contributions to The Attic include a mixtape focused on Japanese music and an extended feature on the concepts of failure and fatality. You can follow Mitoș on bandcamp and his blog.

Micleușanu will play a special live performance together with A. Patatics, within The Attic InContext.

A. Patatics is a visual artist with a diverse background, spanning from media, interactive or environmental video-installations to curatorial projects that are collaborative, multidisciplinary and performative. ”I have always been motivated by technology - both 'digital' and 'conventional' - and by its quality of shaping the artistic approach. I believe that technology influences the artist by affecting the relationship with the 'materiality' of his works, the disseminating medium - where the public connects to the artistic 'object' - and his relationship with other creators, from different artistic fields, that were related to or involved in collaborative projects. My projects could be defined as experimental through the approach, and sometimes failure, but I don’t search „the experimental' as a trend. From this point of view, I’m still 'conceptual.” (A. Patatics) 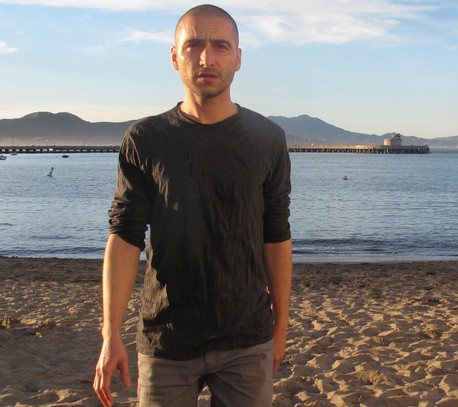 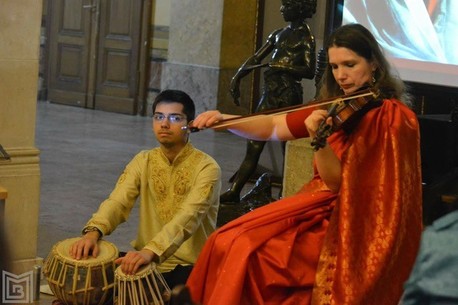 Kasinadhuni Avadhut is a young musician studying violin at the National Music University Bucharest. He also mastered tabla playing, under the guidance of Guru Kamal Kant.

Anne-Marie Ene is a graduate of the Musical Interpretation Faculty (violin section), from the National Music University Bucharest (1995), of Trinity College London and Gandharva Mahavidyalaya, New Delhi. She has been active as a concertmaster at Delhi Symphony Orchestra (2002 – 2003) and a professor at British School New Delhi (2001-2006). She performed concerts in Romania, Bulgaria, India, France, Germany and Serbia. She is currently part of the Radio Chamber Orchestra where she frequently performs as concertmaster, as well as a collaborator of “George Enescu” Philharmonic Orchestra. 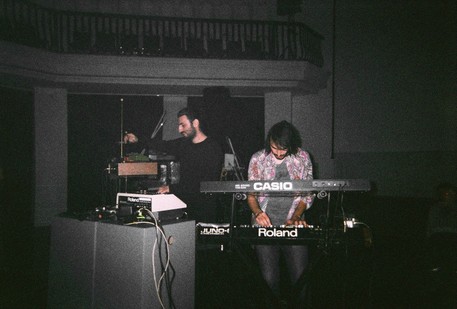 The complete program can be found on the event's website.
The Attic InContext program residency is financed by Consiliul Județean Bacău.
Mobility partner: Țiriac Auto