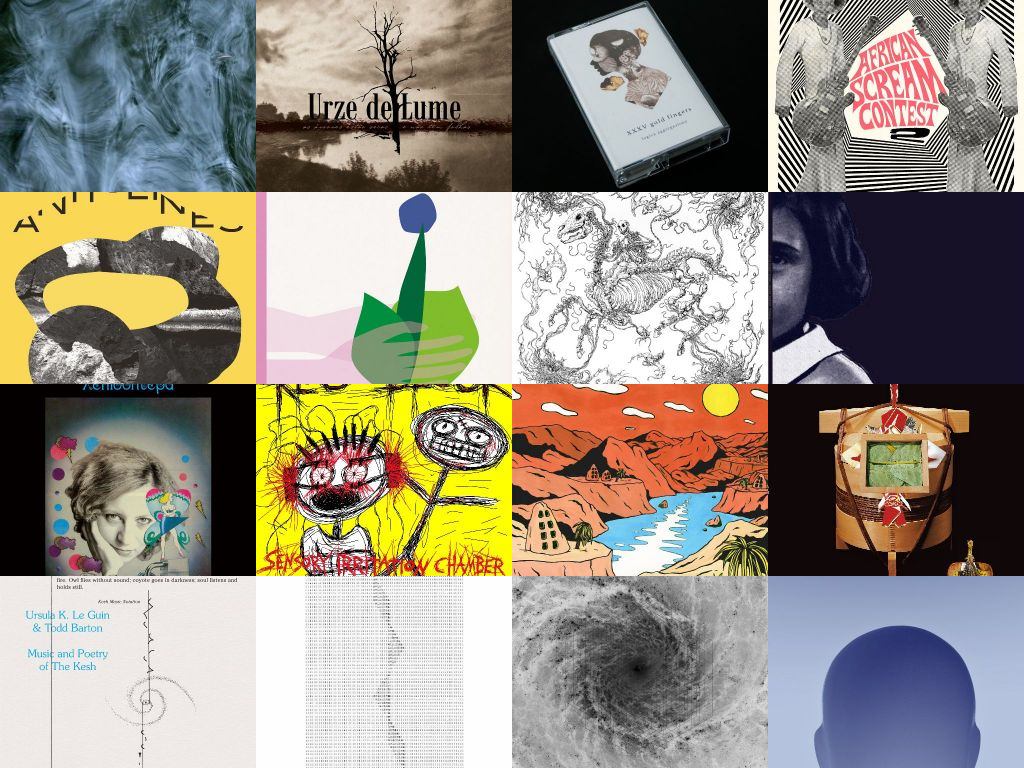 This is what drew our attention musically during the month of April 2018. What's new, what's good, what's hot or not, what's obscure or under the radar, music wise, if you think that we've missed something or want to send a tip, please get in touch. 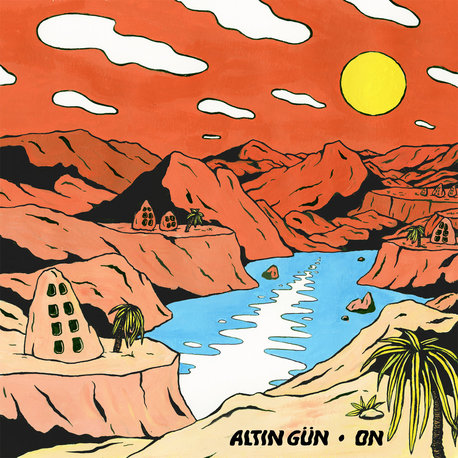 From Altin Gun to Jan Jelinek

Altin Gün - On (Bongo Joe)
While 2018 gently sweeps towards the summer here in Romania, the Anatolian plateau waves at us with a stunning LP that draws pretty much all our attention. Altın Gün (Golden Day) is a Turkish Psych Folk band that recently made its long play debut on one of the hottest labels that explores contemporary underground worlds to dig out instruments, voices and machines, Bongo Joe. Fueled by a passion for traditional music values, the album is a modern combination between top dogs like Barış Manço, Erkin Koray or Selda Bağcan with psychedelic breaks, wah-wah guitars, analogue organs or bağlama saz infused rhythms on the other. It's like a eastern contemporary Breakestra if you want, where traditionals and standards from the late 60's and 70's are taken, being completely rearranged and making it their own. The Amsterdammers who come from various backgrounds (Turkish but also Indonesian and Dutch) comfortably create their work in the adventurous no-man’s land that exists between these two worlds. On the surface, its inspiring sleeve design from the Cappadocia region of Turkey really blends in this brilliant new context, making "On" our first pick from this list. Boom! Picked by Alexandru Draganescu.

VA - African Scream Contest Vol​.​2 - Benin 1963​-​1980 (Analog Africa)
Analog Africa returns with the second volume of their VA compilation African Scream Contest, focusing on the music made in Benin between 1963 to 1980. Ten years on, intrepid crate-digger Samy Ben Redjeb unveils a new treasuretrove of Vodoun-inspired Afrobeat heavy funk crossover greatness. Where some purveyors of vintage African sounds seem to be strip-mining the continent’s musical heritage with no less rapacious intent than the mining companies and colonial authorities who previously extracted its mineral wealth, Samy Ben Redjeb’s determination to track this amazing music to its human sources pays huge karmic dividends. Like every other Analog Africa release, African Scream Contest II is illuminated by meticulously researched text and effortlessly fashion-forward photography supplied by the artists themselves.

Bojanek & Michalowski – Solid (N_Coded Records)
„Solid“ — the second full-length album of Piotr Michałowski and Grzegorz Bojanek is the result of their nearly ten-year cooperation. After „As Far As It Seems“ — a record released by Ohm Resistance (USA) — Michałowski and Bojanek joined their forces yet again, in search of new sounds and textures. This over 50-minute release showcases a very unique collection of subdued, oneiric tones, the duo has always been appreciated for.

David Ross - Stochastic Moods (Cuspeditions)
Unpredictable micro-rhythms awkwardly roaming across an electronic wasteland. Composing with volatile analogue systems now seemed an endeavour to distil stable voltage-states from the infinitely random potential of the electrical field, to determine audible balance situations for musical contemplation. Stochastic Moods is a paean to the joy of experiencing a pleasantly unexpected thought or feeling as it enters into consciousness.

VA - In Death's Dream Kingdom (Houndstooth)
In Death's Dream Kingdom is a voyage into the unknown for Houndstooth and all the artists on it. It represents a complete rethink about what it means to compile and commission music in the streaming era – and the tracks and seductively dark atmospheres conjured as a result are exploring all kinds of new sonic territory, too.

Jan Jelinek – Zwischen (Faitiche)
Faitiche releases a short version of the radio play Zwischen (German for ‘between’). Devised and produced by Jan Jelinek for German public broadcaster SWR2, Zwischen brings together twelve sound poetry collages using interview answers by public figures. Each collage consists of the brief moments between the spoken words: silences, pauses for breath and hesitations in which the interviewees utter non-semantic sound particles. These voice collages also control a synthesizer, creating electronic sounds that overlay and merge with the voices to make twelve acoustic structures.

From Lena Platonos to Sugai Ken 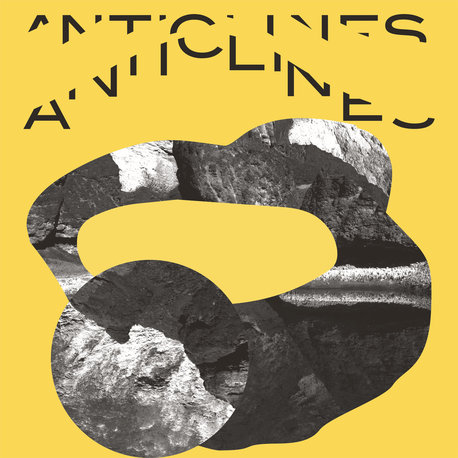 Lucrecia Dalt – Anticlines (RVNG Intl.)
Kyle Bobby Dunn - KBD / WRT (Whited Sepulchre)
Kyle Bobby Dunn’s first physical release since 2014’s And the Infinite Sadness is a warm, albeit compressed, sequel to that universally acclaimed 3xLP. “The Searchers”, named after the John Ford film, meditates on the way in which the imposing expansiveness of the American West worked upon the minds of its inhabitants who fought, lost and did terrible things to each other in their attempt to claim it. Wayne Robert Thomas is an Indianapolis based musician who composes drones like sculpting in wet cement, each movement turning slowly upwards while simultaneously being locked into time and space. His first appearance on vinyl, Wayne Robert Thomas’s deeply felt composition “Voyevoda” utilizes processed electric guitar to fill all available space with lofty and spacious tones.

Lena Platonos - Lepidoptera LP (Dark Entries Records)
Released in 1986, Lepidoptera was Lena’s third solo album, which was inspired by a scientific book on butterflies she found in a trashcan one day. The Latin genus and species names were mysterious and paralleled the changes in Lena’s personal life. She released three collaborative albums between 1981 and 1983, but it was her “triptych” of solo albums, Sun Masks (1984), Gallop (1985), and Lepidoptera (1986) that would lead many to call her the “Greek Laurie Anderson” or “mother of Greek electronica”.

Lucrecia Dalt - Anticlines (RVNG Intl.)
Lucrecia Dalt’s Anticlines is a volume of bodily and geological substrates within poetic theory and sound. It is a place where skins and minerals dissolve and commingle, where gaseous subterranean leaks inflate lungs, where brain cavities echo interplanetary waves bent from passing through atmospheres. In preparing a live set for Anticlines, Dalt plans to stage an uninterrupted configuration, like a kind of alienated lecture, aiming for “gestures that create tensions with non-existent objects.” Dalt intends “to provide meaning and a place for the listener to meditate or relate to the concerns and ideas” she presents.

Reg Bloor - Sensory Irritation Chamber (Systems Neutralizers)
NYC-based Experimental avant-rock guitarist Reg Bloor announces the release of her second solo CD "Sensory Irritation Chamber" on Glenn Branca's Systems Neutralizers label. She mixes the up-tempo immediacy of Punk, the skronkof No Wave, the harshness of Metal, the angular melodies of Progressive rock and the atonality of the Avant-Garde in a dense harmonic weave that is an onslaught to the senses. Her intense but impishly playful compositions take you from dark depths to screechy heights and her energetic performances have won critical acclaim in the US and Europe.

Sugai Ken -てれんてくだ - tele​-​n​-​tech​-​da (Discrepant)
Japanese artist Sugai Ken presents a kaleidoscopic radio play inspired by the traditional Japanese art of Mingei. ’When I made this album I put my priority in freedom, rather than being stuck with those rigid ideas and concepts. This way I could really enjoy and get deep into the 'mixology' of it all. Like my other works, Japanese is always a fundamental motif and I envision it like an imaginary radio drama by adding spontaneous dialogs throughout. I will be happy if listeners pay attention to these (and other) details and enjoy listening to my work’, says Sugai Ken. 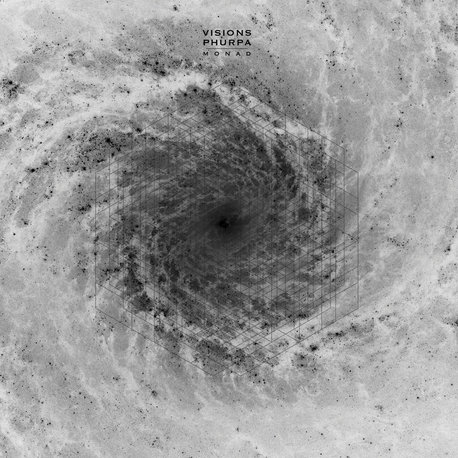 Visions & Phurpa - Monad (Cyclic Law)
Celebrating its 100th release, Cyclic Law presents an exclusive collaboration between label head Frederic Arbour’s long standing project VISIONS (and 1/2 of the project STÄRKER) and Russia’s most enigmatic ritual formation, lead by Alexey Tegin, PHURPA. Merging PHURPA’s penetrating organic meditational chants and shamanic percussive elements with the slow-shifting, multi-layered textural drones of VISIONS, this unique joining of forces resulted in a vastly expansive and time bending opus. Channeled throughout are primordial sonorities to alter ones deeper psyche, a spiritual ascent unifying with the whole, the elemental cosmic life force that transpierces us, to the monad of creation.

XXXV Gold Fingers - Logica Aggregazione (Tape Tales)
Back with the third chapter on tape tales records, Logica Aggregazione is the debut album from Marco Erroi, produced under the name of XXXV gold fingers (Common Series Ltd.). A long playing conceptually based on investigating the human beings and its ever-evolving logic in relation with the society and the surrounding. 11 tracks which completes sound recordings, guitars, vocals, keyboards and tambourines, drawing a bright and intense sound path made of ambient, folk, experimental and concrete music.

Zazz - Soft Harbinger
Zazz is the long distance collaborative project of Ang Wilson and Braeyden Jae. Out of mutual admiration for each other’s musicality and expression, the project came to life when the two decided to develop a creative dialogue through sound, sending files back and forth with no pre-determined aesthetic or agenda. That space of not knowing and openness nurtures the trust and respect that guides the project. It allows for an honesty and presence that can be difficult to tap into when the course has already been charted.