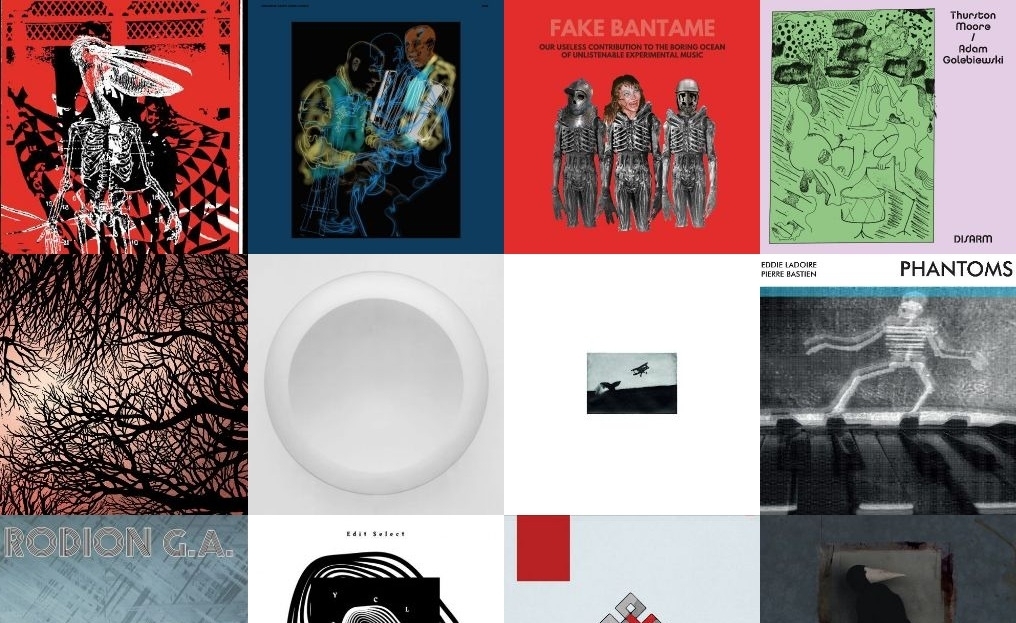 Every month we pick some of the new released albums that we think have a significant impact on the vast ocean of music. In order to keep up with what's new, what's good, what's hot or not, what's obscure or under the radar, here's what drew our attention during the month of January, 2018. If you think that we've missed something or you wish to send us a tip, please feel free to let us know.

From Pierre Bastien to Edit Select 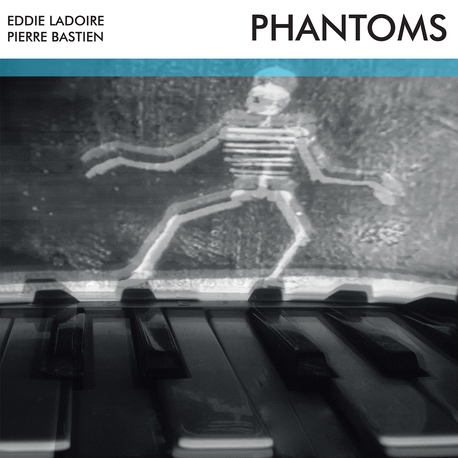 A benefit compilation for Genesis P-Orridge. Musical pioneer, cultural engineer, wrecker of civilization, anti-Pope of the Temple ov Psychic Youth and also merry prankster – Genesis Breyer P-Orridge is arguably one of the most important icons of Alternative Culture of the latter quarter of the 20th century and beyond. With Unknown Pleasures Records and some great artists, amazing musicians and true fans we want to pay homage to the work of Genesis P-Orridge and provide unreleased covers of cult songs of Throbbing Gristle & Psychic TV.

Formed in November 2006, Dream Weapon Ritual is the duo of Simon Balestrazzi and Monica Serra. They play free-form music that draws equally from droning electronica soundscapes and imaginary folk visions. Togheter as Dream Weapon Ritual they released their music through Radical Matters, Old Europa Cafe and Magick With Tears. The new album coming out on the Italian imprint Boring Machines presents a fascinating journey through experimental music, on the wheels of ambient, drone, electroacoustic and psychedelic folk.

The composer and visual artist Pierre Bastien celebrated for more of 40 years of musical and poetic inventions teamed up in 2013 with Eddie Ladoire, a musician and artist working on sound installations and soundscapes to create a show around Dance: “Phantoms”. The aim with “Phantoms” was to edit and loop old movies of dancers from all times and spaces (from African tribal dances to Frères Lumières experiments) to create an original choreography accompanying the music played live by the two musicians.

Long-term Soma collaborator Tony Scott drops his debut album with the label under his Edit Select alias, the perfectly crafted experience, Cyclical Undulations. Having released with Soma under his Percy X moniker for years and having countless hits under his belt, Scott reinvented himself as Edit Select. Known for his dark, expressive and expansive music, Edit Select has become once of the most well respected and renowned artists in the genre. With this latest full length, he continues to explore the furthest reaches of the Deep Techno spectrum. 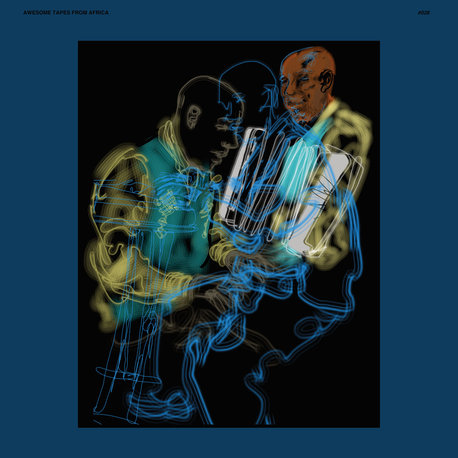 From Hailu Mergia to Mireille Capelle

Romanian project Fake Bantame (Andreea Tincea on voice, Cătălin Lungu on guitar/trumpet, Dan Michiu on electronics, Cristian Fierbințeanu on bass and voice and Daniel Iliescu on drums) presents their debut album consisting of an amalgam of sounds, from art-pop to experimental and free-punk. Don’t miss this one !

The Ethiopian keyboard and accordion maestro delivers his first new LP since his recent career resurgence. Entitled Lala Belu, the album follows on from a remarkable career resurgence in recent years kickstarted by the 2013 reissue of Hailu Mergia & His Classical Instrument via Awesome Tapes From Africa, which was followed by a number of other reissue releases on the label. Tony Buck (drums) and Mike Majkowski (bass), who have backed Mergia on tour throughout Europe and Australia in recent years, form the bass-drums trio on the recording, with the group and label wanting to capture Mergia's current sound on record via this new release.

Few Traces surveys a near decade of Mark Renner’s scarcely released and unreleased material from 1982 to 1990, embracing and evoking the timelessness of his artistic statement: a wordless translation of the individual’s musical experience, met with the poetic expression of being here. Renner's instrumental explorations remain on par with the great ambient adventurers of the period (Brian Eno, Harold Budd, Roedelius), while the vocal and guitar-centric songs crystalize across similar terrains being transversed by Cocteau Twins and The Durutti Column. The collection allows an intimate look at an artist growing into their sound and surroundings, finding the in between echoes and spirituality of the individual.

The world of Mireille Capelle is one of music and theatre. She has performed as a singer in numerous European opera houses, under the artistic direction of the foremost stage directors and conductors. Mireille Capelle is singing professor at the Ghent School of Arts and member of the artistic board of HERMESensemble. She has a particular affinity with contemporary music and art, characterized by many encounters with the most important contemporary composers. Inspiration for Do’un comes from the philosophy of the Greek philosopher Democritus and his ideas about cosmology and the void. Do’un is a one-hour piece characterized by rich sonic layers -embedded in a drony atmosphere. A very intuitive piece. 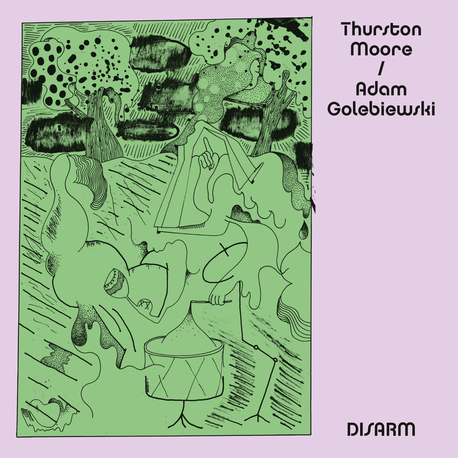 From Thurston Moore to Rodion GA

Inversions announce their fourth record release - a further collection of unreleased tracks from Rodion Roșca's archives, credited to his three-piece band Rodion G.A. The tracks are culled from several studio recording sessions, and one track recorded in Rodion's home studio. The first sessions, at Radio Cluj over the period 1978-79, produced the basic instrumental backing for what would become "Nu Tu Vei Fi," "Ore," "Bătrânul Cais," and "Moment." Rodion applied the triplicate vocals and effects that would transform them into the finished tracks at home on his Tesla reel to reel machine.

Sun City Girls ‘Pelican ‘92’ album is being re-released for the first time on cassettes in Russia, by the Russian label Post-Materialization Music. This label is dedicated to experimental music from around the world, with a back catalogue containing releases by Smegma, Evil Moisture, Son of Salami, Hanatarash, Club Sound Witches, Ryan Garbes (ex-Wet Hair) and more. Hand-crafted/silk-screened packaging, recycled materials + other sorts of outsider art-forms.

The French artist Yves Chaudouët has been invited to exhibit his Batterie Fragile, a drum-kit made of porcelain, in the museum des Beaux Arts de Tours while Valentina Magaletti, drummer for Tomaga, The Oscillation, Vanishing Twin, Helm, has been invited for a gig of duet Tomaga in le Petit Faucheux. Here’s three ten minutes long improvisations resulted of the meeting between the amazing drummer and the fragile sculpture. Recorded live in public, the experience required daring, inventivity and skills few drummers other than Valentina could have. The result is a great unlikely drumming performance on a unique instrument recorded and fixed for the first time, housed in a beautiful cover reproducing an original artwork of Yves Chaudouët.

This is the debut album from the duo of Wacław Zimpel (Hera, Ircha) and Kuba Ziołek (Stara Rzeka, Innercity Ensemble, Alameda Organisation, Kapital). The record entitled simply "Zimpel/Ziołek" consists of four tracks that might surprise those familiar with musicians' previous recordings. The tracks that make up their album are rooted in improvisation and it wasn't until Zimpel and Ziołek entered the studio that they organised the sounds into more structured forms. Contrary to what most Zimpel fans may expect, some of duo's songs do have vocals and these come courtesy of Ziołek.