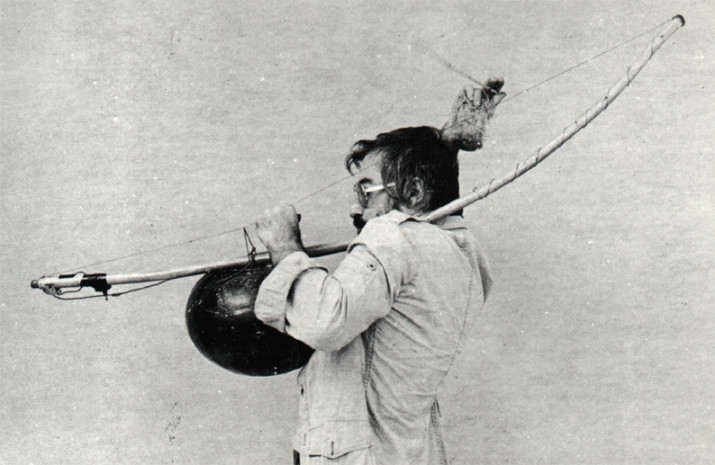 Okay Temiz is an accomplished Turkish musician who plays all sorts of percussion instruments that he has either collected or crafted over the years in a style of his own and can skillfully transform even the simplest rhythms into a whole new set of sounds.

He’s an extremely respected musician worldwide and one of Turkish most famous Jazz musicians, although his adventure with music broke many conventional boundaries throughout years.

Okay was born in Istanbul in 1939. After he studied at the State Conservatoire of Classical Music in Ankara, he started to perform in several programs and shows, accompanying dance music groups in Turkey. In 1967, he joined Ulvi Temel’s group and appeared in some of the most outstanding music halls of Europe. A few years later he relocated to Sweden, after meeting Don Cherry and trumpeter Maffy Falay.

Later on he formed the group Xaba (a crucial part of his musical career) with the skilled bassist Johnny Dyani and the South African trumpeter Mongezi Feza. They got released on the Scandinavian record label Sonet.

With his Swedish Turkish Jazz group called Oriental Wind, Okay Temiz moved further into multi-cultural music and reached a very appealing synthesis by blending European musical instruments like the violin, saxophone, flute, clarinet, bass and piano with Turkish instruments such as zurna, ney, kaval, ud, saz, gayda and sipsi. For a short while, his mother Naciye Temiz also joined the group and accompanied in some of the performances they gave in Sweden. Oriental Wind was originally made up of renowned musicians like pianist Bobo Stensson, bassist Palle Danielson, saxophonist Lennart Aberg, and the master of ney and gayda, Hacı Tekbilek.

Okay’s own ravenous energy and endless passion for exploring the unknown, added to his long time musical experience led him to involve in numerous projects. He appeared in more than 350 festivals and took stage at about 3000 concerts in Europe, America and India. He recorded tons of albums and was involved in much collaboration with different musicians and jazz players from Europe, but also from the United States.

He came to know, listened to and worked together with top musicians who have mastered the rhythms of Africa, South America and India, in the meanwhile learning how to make and play their instruments like the quicca, berimbau, finger piano and talking drum. He has a wide collection of self-made ethnic and electronic instruments including the hand-made copper drums, Magic Pyramid and Artemiz, which he has made of camel and sheep bells.

Okay still continues his mission of spreading multi-cultural music to wider audiences through the uncountable experiences he has gained over the years.

We had the chance to talk via Skype with Okay Temiz, as he played for this year’s Europalia festival with a Belgium band called La Fanfare du Belgistan, on three different occasions: in Brussels (at Ancienne Belgique), Köln (at Stadtgarten) and Utrecht (during the Le Guess Who? Festival).

“You must have respect for the sound around you. This is very important. Respect for listening. You are not making anything. All the sound is already there. If it’s your sound, your own sound, then it’s something. Then it’s special. ” 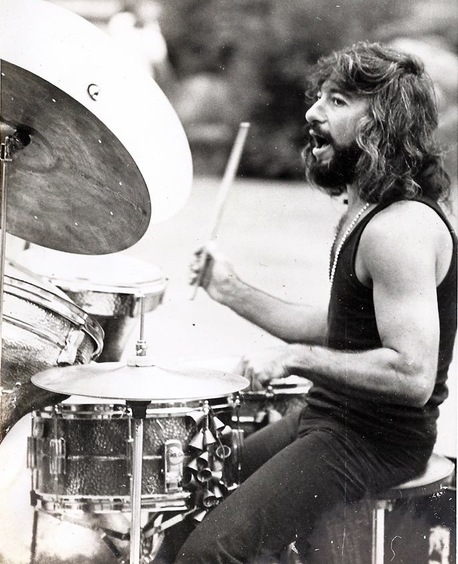 Hello Mr. Okay! How are you these days?

OT: I’m good. It’s not so much, but it’s okay. I have my atelier of students, where I teach percussion, here in Istanbul. I have percussion courses, but not only for children; I also teach for all kinds of people, like doctors or businessmen; they come and play percussion.

What do you expect from your upcoming shows with La Fanfare du Belgistan from Belgium, during the Europalia festival? How do you feel about it?

OT: Well, they play their own music and some of my music (laughing). We’ll see what comes out. I will take some instruments with me, my electric Berimbau, which I made myself. And I’ll take a big Dumbuka (also made by me), kalimba, talking drum and Cuíca. We will rehearse for three days and I guess everything will be good; it will be fine.

You are known for inventing and customizing several music instruments, including the Artemiz, the Magic Pyramid and the berimbau.

OT: I made the Magic Pyramid when I was in Cairo. I played there with an Egyptian artist, on his record. His name is Mohamed Mounir, a very famous guy. I stayed one weekend in Egypt, I went to see the Pyramids and I was impressed, I was thinking that the Pyramids looks like an instrument to play. And when I came back to Istanbul I built the instrument myself.

With the berimbau, I was listening to Naná Vasconcelos, a famous Brazilian musician. I saw the instrument in Stochkolm, when I was in Sweden. Then I built up the instrument. It’s easy to make, it’s only one string variation. I learnt. Because this is what I do, I make instruments. I make wooden instruments, metallic, electronic. First, I played acoustic for two or three years, and then I put small microphones, then I bought the pedals, and now it’s electronic Berimbau.

OT: Electro-acoustic, yes, sometimes. When the electric cuts, I play the acoustic. (laughs) 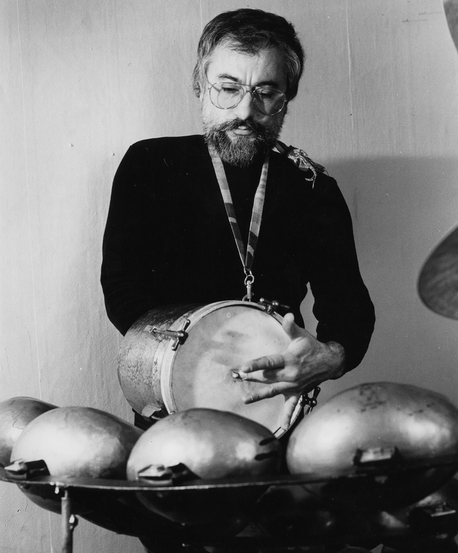 So you studied conservatory school in Ankara.

OT: Oh, there are so many memories from that time. First I wanted to go to the trumpet department. I wanted to be a trumpet player.

OT: I wanted some instruments that can blow up my energy. But I never took drums.

They said ‘your teeth are not good enough for trumpet’ and then I said, ok, trombone. ‘No, you have short arms’. Ok, I want bass, contra bass; they said ‘no, you’re short’. They made me handicapped. And then, at some point, somebody came and looked at my hand, and said ‘oh, my son, can you play timpani in an orchestra?’ And I was like ‘no, shit’… I got mad, very mad. And practiced and practiced so much, because I got mad.

The drum is lot of fun, because I make my own drums, I make a lot of other instruments.

When I started to play jazz, in school time (in the Ankara conservatory, the education is classic), they kicked me out, because I was playing jazz. And then, 40 years later, at the same school, they play my compositions. There is jazz, Latin, African, Bulgarian, Macedonian music inside my compositions. Because the education system in the Conservatory is changing. Before it was very much classic, you could not play any note with another. Now it’s different.

How did you move from Turkey to Sweden?

OT: First I wanted to go to France, to play, because Paris is an important jazz center in Europe. Many Africans or Americans are living there, and the French jazz is already known throughout Europe. So I wanted to go to France, but suddenly I got a gig in Denmark, in a dance orchestra. I said ‘ok, I won’t spend so much money, I will go in this dance orchestra’. I stayed for two months in Copenhagen. My idea was to play jazz, big band jazz. And then I crossed the sea, from Denmark to Sweden, and I met Muvaffak Falay, a Turkish trumpet player; known as "Maffy".

You also met Don Cherry in the same period of time?

OT: Yes, the next day I met Don Cherry in Sweden. And then we started to talk, and play. Another world. At that time I was trying to learn as big band jazz drummer and when I met Don Cherry, I said ‘forget it’; we played another kind of music. Indian music, Turkish music, Bulgarian, Chinese, you know… All kinds of music. Don Cherry changed my life, my music style. I played for a long time with him. I would love to play with all my friends that disappeared. People don’t know us so much. I would like to play this kind of music again.

And during the same time I also met Johnny Dyani, bass player, South Africa. We played together, as Xaba, with Johnny Dyani and trumpeter Mongezi Feza (an unbelievable trumpet player, amazing). We played in Sweden, Denmark and then Istanbul. It was a very energetic group; it was extraordinary. I also played with Dudu Pukwana many times. A lot of great musicians from South Africa were in Stockholm and Copenhagen. I didn’t have to go to Africa, they were all here already. (laughs)

What about the group Oriental Wind?

OT: It was built up in Sweden, 1974. Don gave me the idea with the Turkish tunes. And then I started to play Turkish music with jazz musicians, in Sweden. Very good tenor player, two tenors, trombone, baritone saxophone, bass, piano. I played Turkish folk music and some of my own composition. And it was very successful, people liked it, but these were the ‘70s. Hippie times. 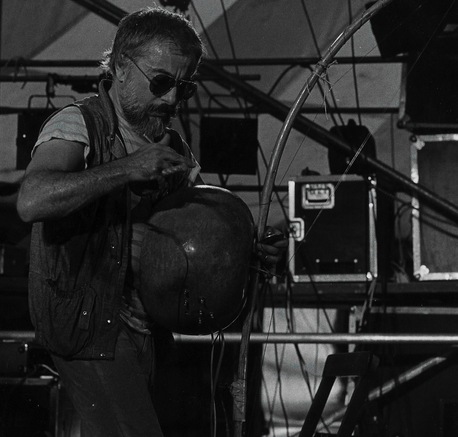 OT: Yes, very much. The improvised music started with Don Cherry. We were playing very short melodies, and then improvising; one minute melody, half an hour improvising. You have to be very careful and to listen very carefully to the person whom you’re playing with. First of all, you must have respect for the sound around you. If you are a good jazz player, it’s very easy, it can be high class. But sometimes, I try to hear young people; it’s going into some direction and then it stops. Because you need a lot of experience. And respect. This is very important. Respect for listening. Even to simple things, you have to listen.

I was in 1971 in New Hemsher College, Don Cherry called me, and said to come and be a teacher there, for three months. It was in North of Boston. And I went to this college, and there was this electronic teacher called John Appleton, a very famous electronic guy in America. They made a competition; they said everybody could play some electronic composition, five minutes, or ten minutes, whatever. And they said I also have to be there, to be part of that. Also Don Cherry, Johnny Dyani. So I said ‘what do I do now? What electronic music shall I teach?’ There was no equipment for me. So I came up with an idea, to put an empty cassette in a cassette tape player. I found some shortwaves, strange sounds like coming from the sky, from space. It was just parasites, nothing else. Noises. I put them together and I just change the control volume, I go to other sounds, other sounds and other sounds. I made cassettes like that, gave it to them, and the next day they said ‘how are you making this?’ They were very impressed! (laughing)

But how does that drum pattern make you feel? The ‘duff duff’? How do you feel about that type of thing in the clubs?

OT: I don’t listen to this, man. I cannot play, I try, but I can’t play. It is another culture, another life, feeling.

Well, if you go to disco and have some tequila, of course. (laughs)

We had a chat in the backstage of Berlin Atonal festival with Adi Newton and TeZ of legendary Clock DVA.

Hailu Mergia Steps in The Attic

The Ethiopian legendary musician speaks with The Attic during OFF Festival, in Poland.