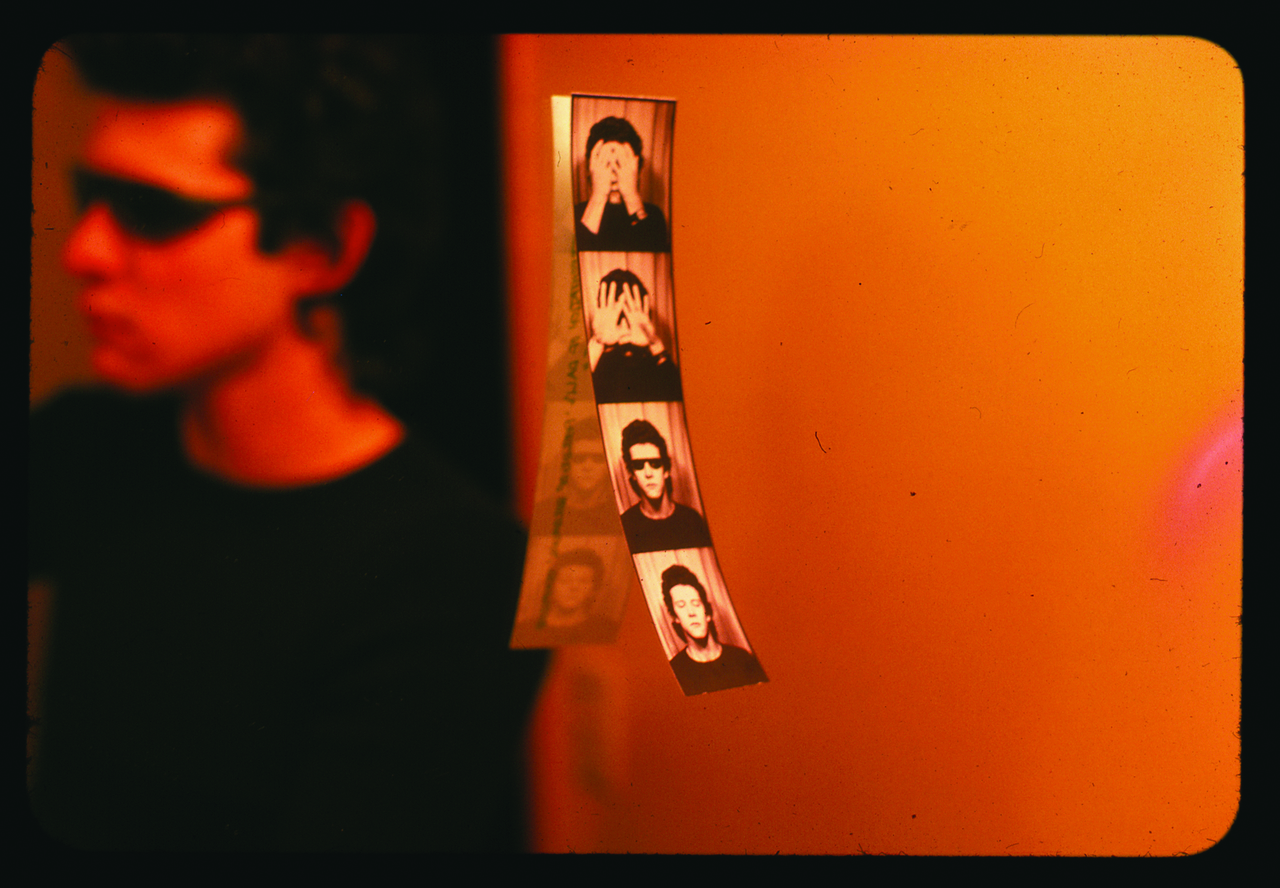 Kerry Leimer, The Neorealist of Savant

Kerry Leimer was born in Winnipeg, Canada, and raised in Chicago (IL), before his family permanently settled in Seattle (WA) in 1967. His teenage interests and artistic experiments were based on the seductively strange twists of Dadaism and Surrealism.

The underground music scene of Seattle-Olympia in late ‘70s was small but seeded. The vestiges of prog rock pompously pummeled the few clubs and record shops before punk and new wave became the rage. Leimer sought to support a growing community of experimental composers by launching the Palace of Lights record label in 1979 with his wife Dorothy Cross. He was creatively autonomous to the point of being a persona absentia in Seattle’s 80s rock scene. Unconcerned by social status, he enlisted musicians from experimental and post-punk groups in the area to come record as Savant at his home studio, Tactical.

Savant was designed by Leimer to tap into entropic truths, asserting an uncaged counterpart to the loop-based minimalism he produced in isolation. Savant was a band sans jam.

Since Savant’s Artificial Dance was just released on RVNG Intl., we recently got in touch with Kerry Leimer to discuss the new compilation, the work on his record label Palace of Lights and some of his music interests.

How did you got in touch with the NY based record label RVNG Intl.?

It seems that the Savant records managed to hang around for quite a while. We re-mastered and reissued The Neo-Realist (at Risk) years ago on CD, but the vinyl persists. The original LPs come and go on sites like eBay, year in, year out. I know DJs have been using bits of it and Stationary Dance for years and it may have a modest underground reputation, which may have contributed to this reissue.

The story probably begins with Greg Davis re-mastering and reissuing my Music for Land and Water on Autumn Records a few years ago. Greg planned to then follow up with a similar release of my early tape work. That project became too big for autumn, so Greg got in touch with RVNG about doing what eventually became A Period of Review.

I think RVNG was initially more interested in Land of Look Behind and the Savant tracks, probably because the music is more reliant on percussion and therefore more accessible to more people. But I said no, so RVNG went ahead with A Period of Review. And they did a great job, and they did what they said they would do, and built some trust. And so it seemed reasonable to go forward with Savant.

“I don’t perform; I don’t have an instrument in any traditional sense. All hallmarks of the autodidact. But I was constantly kept engaged in music as a listener and practitioner of sorts.” 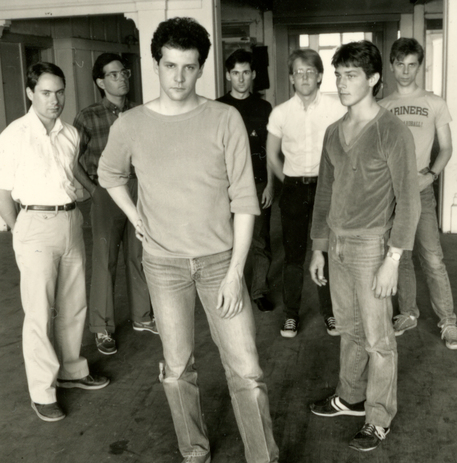 Can you tell us about your creative process, while making music? How do you prepare before starting a session?

Letting machines take the lead has always been my default setting so, as the machines change so do certain aspects of my approach. In the end though, the work remains very reliant on chance, on accident, on quantity yielding quality. There’s an impulse to remove myself from the process too, though this is most likely a self-deluding affectation. And there’s a lingering frustration with computer-based technology since much of it seems absolutely obsessed with facilitating the most typical approaches to generating music.

For example, when developing a voice on an analog synthesizer there was virtually impossible to guarantee you’d ever recall it in just the same way - which was the great thing about that generation of gear. Now, of course, absolute repeatability is available to excruciating degrees. That degree of automation results in many aspects of music now operating in the way that stock photography “enables” design. “Automatic” solutions used to be fairly unique - now they can seem as common as any other mass-produced commodity. Which means we have to continually seek new ways of making mistakes and leaving the door open to chance events.

Savant comprised some musicians/partners based in Seattle as well, including the brothers Keller, Marc Barecca, Dennis Rea, who were also partly releasing music on Palace of Lights. Did you know each other for a long time?

Aside form the Savant projects only Marc Barreca released work on PoL … but aside from Marc, I really didn’t know the others very well. Mostly met through a mutual friend and once the sessions got underway other friends of friends were drawn in. I offered some studio time to them for their participation, and I think I designed an album cover of some of them as well!

How the Savant idea came up? 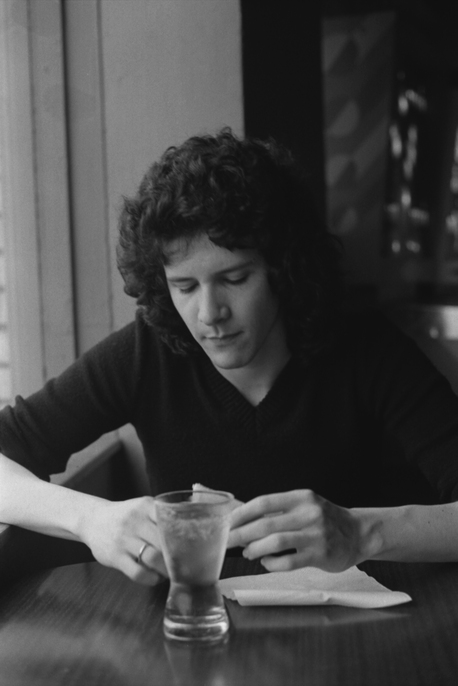 Hallmarks of the autodidact

What were your musical interests in the '70s, when you started making experimental music?

Mostly UK and European artists: Faust; Neu!; Harmonia; Cluster; Fripp & Eno. The single reference point - in all its diversity and eccentricity - would be Eno’s Obscure label. Listening to Robert Wyatt sing Cage, works by David Toop, Max Eastley, Gavin Bryars, Michael Nyman, Harold Budd, The Penguin Café and others opened my ears and thinking about music. Away from that art house aesthetic was Faust, Neu!, Henry Cow, This Heat, Alternative TV, John Foxx, Can and many others. But I wouldn’t claim to be able to interpret or apply any of these individual styles.

I can’t play like Frith and I can’t write like Bryars, I don’t perform; I don’t have an instrument in any traditional sense. All hallmarks of the autodidact. But what these influences did was encourage experimentation, broaden the definition and keep me constantly engaged in music as a listener and practitioner of sorts.

Can you name some artists/musicians that made an impression upon you, musically?

Lately I’ve played Gang of Four’s What Happens Next a few too many times. But the artists I continually look for and return to, in no particular order, are: Biosphere; Taylor Deupree; Hildur Gudnadottir; Rolf Lislevand; David Toop; Gavin Bryars; Max Richter; Nils Frahm; Jakob Ullmann; God Speed You! Black Emperor; Johann Johannsson. I also have a tendency to favor Early Music, so works by anonymous period composers, Dowland, Byrd, Tavener, Sainte-Columbe, Marais and others predictably draw my attention. 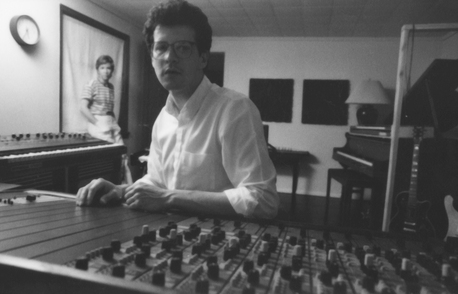 Please tell us about Palace of Lights.

The name of the label Palace of Lights derived from countless nights sitting in these little homemade studios, after work, in the dark, peering at all the flashing / steady LEDs and meters glowing when things worked and glowering when they didn’t. It’s actually a somewhat sarcastic name since there’s nothing at all palatial about any of it. But I do have regrets about any new age implication - I can think of few forms I find less engaging than new age.

Anyway, the label is very small, for like-minded artists that eschew commercial concern about music and embrace experiment, chance and the changing technology. At various times we’ve released work by Steve Peters, Michael William Gilbert, Roy Finch, Ang Mo Faux, Anode, Marc Barreca, Bill Seaman, Gregory Taylor and my own work, which would include Savant. Despite the lack of promotion and performance - though Gregory Taylor does perform pretty regularly and Marc Barreca and I performed late last year - the label has been around for 35 years. Copyright belongs to the artist, as do all the decisions about the work.

The layoff from the label was driven by our design office: my wife and I founded and ran Leimer Cross Design and were kept completely occupied by that work for nearly 20 years. Did spend what little free time I had listening, though...

Who operates the record label now?

Still my wife and I.

Where are you heading to, now?

In conversation with Ab Baars and Ig Henneman

We sat under a tree with the lovely couple of musicians Ab Baars and Ig Henneman in Nickelsdorf.

Far Off Sounds - the infinite story of music on earth

Welcome to the lush world of Far Off Sounds, a hybrid of ethnographic documentary, music video and travelogue.