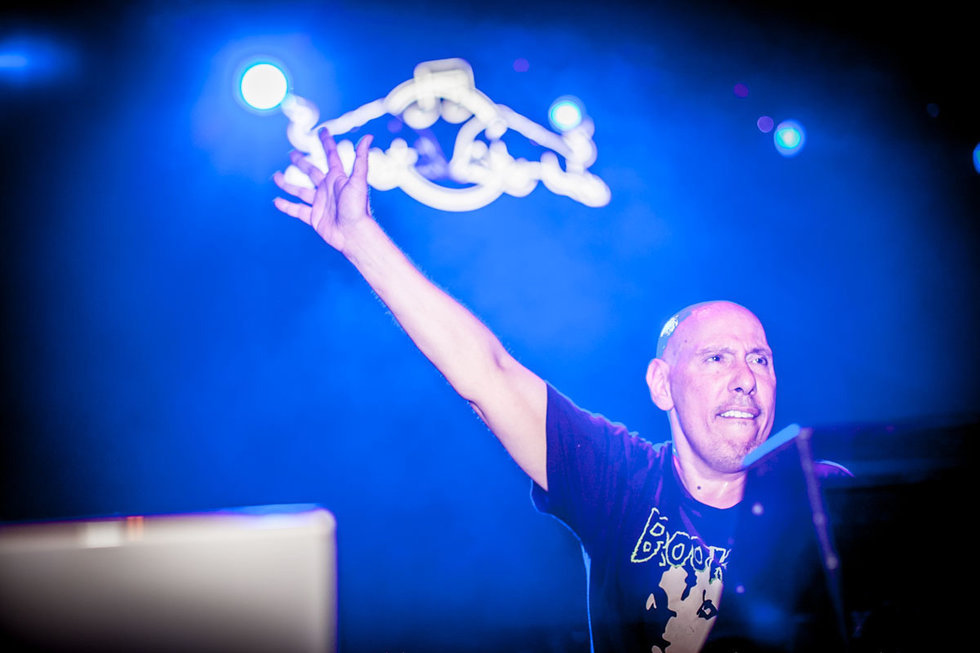 Nicky Siano - a vision of disco

Nicky Siano is a pioneer of the dance music scene in the early seventies. He was the owner/designer/DJ of the legendary seventies dance palace The Gallery, a club that inspired The Garage and Studio 54. He inspired and launched the careers of Grace Jones, D.C. La Rue, Loleatta Holloway, Larry Levan and Frankie Knuckles, to name a few.

We recently caught Nicky Siano for a short interview, right before his DJ gig at the Absolut - Andy Warhol party in Bucharest.

Dragoș: Hello! First of all, welcome to Romania!

D: We’re really looking forward to your gig tonight. I’m very curious about what we are going to hear tonight.

Nicky: Classics. I have a lot of new music, but, I don’t know…nothing stands up to song structures, music quality, arrangements, orchestrations and performance. Nothing stands up now to then. These singers sing to tracks that roll mechanical, there’s no musicians, no orchestrations, no excitement. Because in the 70s, the band came together in a room and interacted; there was a kind of energy that was shared between the musicians. Records of today are not exciting, they’re just plateau.

D: How is New York these days?

Nicky: As far as what?

D: As far as music, as far as people, as far as going out and the options you actually have…

Nicky: Not a lot of good options; but there are a lot of good people and a lot of people who want something, so I think something is going to happen in New York again. It’s happening in Manhattan, in Brooklyn, in Queens.

D: Inevitably, I’ll go into the past for a while. How was New York back then, when you started playing music?

Nicky: First of all, New York was very dangerous back then.

D: I’ve read some stuff about the crisis from the 70s in New York.

Nicky: Right. It was dangerous. When you walked on the street, you could turn a corner and going into a different neighborhood and it was not good. There were not a lot of safe neighborhoods. Most of them were dangerous.

D: What was happening at that time music wise?

Nicky: I just watched a documentary called Mr. Dynamite – The rise of James Brown on HBO, and it really shows how James Brown established the whole funk that came in the early ‘70s. He started to do things like no one has ever done; he would record a riff, a 4 bar riff, and just rap over it or improvise over it, and he made that into songs. He just changed the whole style of R&B into funk. And then that gave birth to the early 70s dance music and club songs; I think James Brown was at the core of everything.

D: How did you meet David Mancuso?

Nicky: I started to go into his club in 1970. I was 15 years old and he had no problem with that, because it wasn’t alcohol or anything, he let anyone in. We would go there every Saturday night. It was nothing like it. It was a very small room and the sound was so over-produced that he didn’t have to turn it loud; it was loud even on a low volume, because it was so much equipment on a tiny room. I was very young and I was selling drugs to get extra money. That’s when I first met him – he threw me out of the club for selling drugs. And then I started to DJ. I met him when he came back from Spain, in 1972, after Gallery opened; he came to Gallery before he reopened the Loft. That was the first time we really met.

D: Did you tell him ‘hey, do you remember when you kicked me out?’

D: What kinds of people were coming at The Loft?

Nicky: Mostly black, gay, men and women. It was more downhaul. Not fashionable. This was at The Gallery – Calvin Klein, all the models, Billie Burke, Giorgio Sant'Angelo…just every designer, model, came to The Gallery. Especially in the first Gallery. Everywhere you turned, there was a designer; it was something. The Loft was more like…family, very very close. The Gallery had that element, but it had the kids like Larry Levan - when I first met him, he wanted to be a designer, and he would wear these suit shirts that he designed and within two months, Calvin came up with this whole line of cap sleeve shirts for Capezio. After used at the Gallery for 4 weeks in a row; the kids would make something up and the designers would put it on. It was quite something.

See some photos from The Gallery HERE. 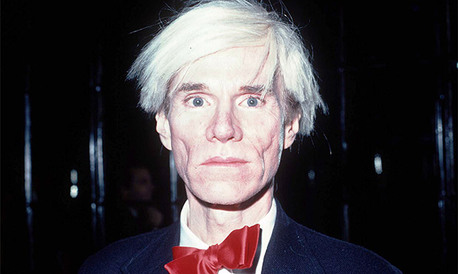 D: What about Andy Warhol? How did you meet him?

Nicky: I think the first time I really met him was at Studio 54. Steve introduced me. But I saw Andy around for years; he used to go to a gay bar, where downstairs everybody was doing crazy things; people were sitting on bath tubs; it was really disgusting. Upstairs there was a dance floor and Andy was there, every time I went, he was there, standing just like this and just watching. In 1968 or 1969 I moved in with my brother, and Robin and me painted Andy’s Marilyn Monroe on the wall, so we were very aware of his stuff. We used to go see his movies, like Trash (1969), Frankenstein (1973); ‘’ you don't know life until you fuck death in the gallbladder’’. It was wild stuff.

D: How did you perceive his art?

Nicky: I loved his art, but there was a lot of it, commercial.

Nicky: No. I don’t think so. But do you know who Richard Bernstein is?

Nicky: Richard Bernstein painted all those photographs. Andy would say I want this, this and this, and Richard would actually paint it. Richard pretty much did the Andy’s Interview magazine. Andy was inspired by other people and took from their stuff, but I don’t think he was overrated; I think he was innovative, but commercial. His art was everywhere; you would see it everywhere. In the 60s there was Peter Max, it was everywhere back then, but you see any of his work now? No. But Andy’s stuff lived on. So there’s something about it that is a step above other thing.

D: Let’s talk a little bit about Frankie Knuckles and Larry Levan. What were they playing, when they started?

Nicky: They started playing in 1975; or Larry started playing. By the time, what they were playing was already called disco, this term was already in use. Although they grew up with that kind of soul music, funk, gospel, what they were playing at that time was disco. Frankie got influenced by electronic music and he sent records to Larry all the time. So it was like a perfect storm for house music; Larry had the biggest club in New York, Frankie was the biggest DJ in Chicago, he got hold of this new different stuff and was sending it to Larry. Larry did a lot of great mixes, he was a great Dj, but Frankie created a whole new kind of music. He was the godfather of house music. The Jamie Principle track ‘’Baby Wants to ride’’ is one of the first house songs. An anthem.

D: What about drugs?

Nicky: You should see the movie about The Gallery, it shows all of this stuff.

D: Love is the Message?

Nicky: Yeah, right. We didn’t have alcohol in the club, so we had a dealer who was selling drugs. He had nothing to do with us; I wish we were as rich as he is today. He would sell all different kinds of drugs during the night and everybody was taking something. In the beginning, a lot of it was built on LSD. Acid. That’s how it started.

D: How was acid working on disco music and R&B?

Nicky: It just made you want to dance the whole nightlong! Everybody would take a tab of acid and go to The Loft or The Gallery.

D: How long were the parties lasting?

D: How did you meet Arhur Russell?

Nicky: He was dating my best friend Louis. And Louis brought Arthur to The Gallery. He was a terrible dancer. Horrible. Louis was a great dancer. And I was watching Arthur and I was like ‘what the fuck is he doing up there?’ And he came in the booth and Louis Introduced me to him, and he said to me – I’ll never forget it – ‘’Turn the Beat Around’’ was playing and it was brand new. And Arthur said, ‘you know, we can make a record like that and it wouldn’t cost a lot of money’. And I was listening with one year. And then we went on and made ‘’Kiss Me Again’’, which I paid for and he’s fucking owns the rights to it. I don’t understand why he owns the right when I paid for and produced it.

D: What do you think of the clubs of today? From what you’ve experienced so far?

Nicky: Boring. They have no idea…

D: What is missing?

Nicky: Cohesiveness. It's like the Dj is doing one thing, the lights man is doing another thing; the door people are doing a third thing. There’s no cohesion in the club attitude and the projection of the art. People don’t understand that there’s only one thing. We understood that. We had a staff that was all united; everyone knew each other. Everybody came when we had a staff meeting. The staff of these days is just money people, not artistic people.

D: Where do you think we’re heading?

Nicky: I wish I would say that it’s good, but it’s not. I mean, these huge DJs that make so much money, they play a pre-recorded set! They’re not even play records live! What’s the good of that? The whole thing in DJ-ing was that you felt where the crowd was at, and you’d play the next record because the crowd was ready for it. And it was going to peak the crowd more. And what is today is not Dj, is production. It's something else.

Automat - This is a Berlin Affair

The Attic spoke with bassist Moppa Elliott of the jazz quartet Mostly Other People Do the Killing.