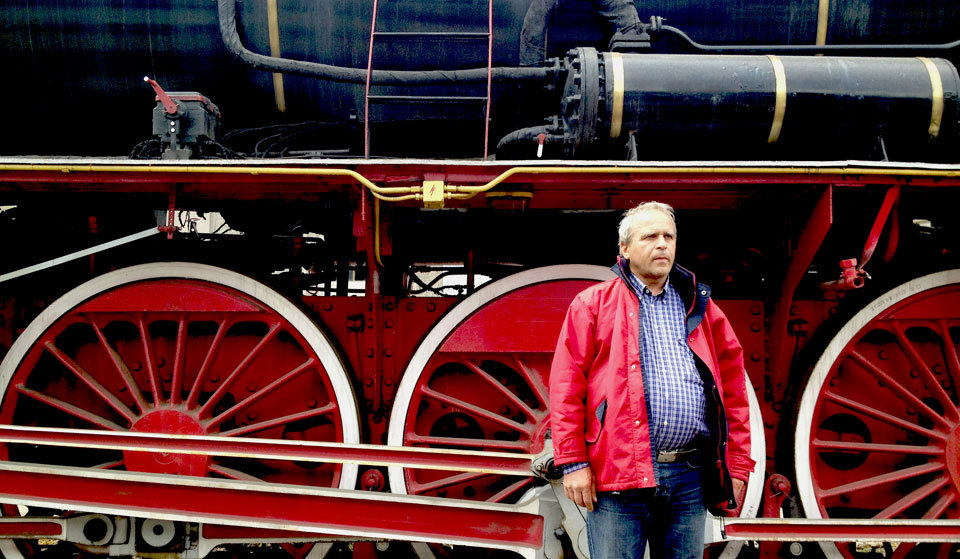 A home-made studio, a bank of Tesla reel to reels, an East German Vermona drum machine, a toy Casio VL Tone and a small Soviet-made Faemi organ, adapted with fuzz and flanger pedals. There’s visceral, other-worldly music being made here and it will remain hidden for 34 years.

Tudor Runcanu: How did you start making music?

Rodion Roșca: The first recordings I ever did were made on a Duo Tesla magnetic tape recorder and I didn’t have much, only a guitar and some sort of drums. But I would also use my palms to create a beat by tapping my knees, where I had placed a microphone, the only one I used in the 70’s to record voices too, a small Grundig. I recorded the tracks rather to keep the melodic lines, and later, when I would have the time, to develop them. By overprinting, I taped the voice on the recorder’s other track and most times the voice and the guitar didn’t sync perfectly because I couldn’t listen to what was previously recorded. There was a time delay and I had to figure out what was the tempo’s latency memory. With time I became a pro in fitting the lyrics in the song.

T. R.: Did the tracks have a decided structure from the beginning?

Rodion: Ideas were spontaneous. What was interesting is that after I would tape the tracks as an idea, I had a great advantage with overprinting and I would seek a formula that would sound good, templates like Smoke on the Water. I had a lot of ideas and I really wanted to store them, by all means. Shortly, I taped them so that I could come back and add this or that. From 1970 to 1978 I recorded countless tracks, maybe over 60. I burned and destroyed quite a lot of them when I had a fight with the girl I composed them for. Afterwards, the ones I could still remember I re-taped. This is how tracks like Stele şi lumini or Raze were remade.

Around ’75, when I was still at the Bariţiu highschool, I had 30 tracks done, head to tail, as a structure. They had guitar, drums and voice. However, even if I didn’t have a synthesizer, I discovered some effects by over-modulating the guitar and distortion. If I had to compose a theme for a song, I would set the tape machine on recording, with stop, I would play the sound on the guitar and then release stop. This was the solo’s first sound. Then I would stop it and play the next note the same way. Although it seems ridiculous now, this is what I would do. Then I could repeat that taped sequence as many times as I wanted. It was interesting that while releasing the stop button, there would be a sort of a “squeaky “ weird sound that is typical for synths. Thing is, the tape machine wouldn’t start on time, so that’s where the sound was born, that I would later put through an echo effect.

T. R.: Did you use multiple tape recorders simultaneously?

Rodion: At first I had only one, then I started using two. Then I bought Sonet D4 and B100, with which I attained my best works. After I would record the theme, I would come back and sing a third. This way, the song would become very, very broad. Then came the beats, the voice and the choir…and then I would come back to the leitmotif. That was about it, the composing method. At the end I would double the recording, with a little shift, and I would get a flange effect or a phase shifter, all in microseconds. You wouldn’t notice because apparently everything was the same, but there were new sounds that would come out depending on how the tapes would align.

“All is imagination, because it’s not the instruments that make the music! Today a lot of people have synths with enormous possibilities, but without imagination they end up just playing the piano.”

The band and the concerts

T. R.: You’ve done all these things from intuition or did you see them at someone else at that time?

Rodion: It was all imagination. I would add 5-6 pieces to a track, that could each be a track of its own. Without knowing, I discovered that this could be a gold mine, that from one track I could later make other 6, 8, 10 tracks, through a system that is frequently used today by a DJ, cutting sequences and rearranging them in different structures. At one point I had a conflict with the band members and I needed harmonies. So I used the ones I had already taped and re-arranged them. I was doing this 30 years ago.

T. R.: What was the other band members’ contribution, Gicu and Adrian?

Rodion: Gicu and Adrian were players, instrumentalists. Gicu had two tracks, he called himself author of the track “Amintiri”, although the composition was of a friend from Gherla, Iosif Baboş. The problem was arguable because I had made the orchestration, and if I orchestrate an idea, I am the moral author of the track. The same with ''Liniştea nopţii'', that was Petrică Şovăială’s idea, who also declared his composition. For the way the track sounds, the merit’s all mine. Petrică only played some decomposed chords.

T. R.: Did the tracks sound the same in concerts? Because the tracks were elaborate.

Rodion: This was a handicap for us. The tracks could not sound the same, we had to have 15 people onstage to sound like that. I would have had to be a kind of Goran Bregovici or to do play back.

Rodion: For us the shows were only dreams. They didn’t come true the way I wanted a show to be. We were never able to play live what I had done at home by myself. The tracks I had made at home surpassed the possibilities of any band of that time and of today. For everything to be OK I needed a lot of players and only then would the songs sound well. Otherwise, we could have done playback or half playback, with a positive. Maybe for a show it wouldn’t harm to have a gaming lights system.

It's all about imagination

Rodion: Surprisingly, that track was made out of boredom, out of relaxation. It was a moment of repose between more nervous tracks and I let longer sounds in, I added percussion…it’s a track that lets you dream, it’s a comforting and very clean track. I remember I used a toy, a Casio VL1 keyboard, where I took the pan-pipe, the flute and the oboe from.

T. R.: If you had started now, with all the available technology, with all the computer software, tons of instruments, what would music sound like?

Rodion: About the same. I have a journal notebook from 30 years ago, and someone wrote there that I made music 30 years earlier. I still have so many ideas, some of them even from my youth, and I could live entirely off them, I think. All is imagination, because it’s not the instruments that make the music! Today a lot of people have synths with enormous possibilities, but without imagination they end up just playing the piano.

T. R.: Have you ever been attracted to classical or contemporary music? There’s greater freedom there.

Rodion: No! Although I was educated at the Music Highschool, played the clarinet, the teachers made a mistake at that time. I thought I was going to play some nice songs on the clarinet but they were forcing me to rehears just short passages, that would have sounded well in the context of an orchestra, but fragmented as they were, they seemed but weirdly connected sounds. Because of that I never liked the clarinet, even though it has a wonderful sound. If I had understood what it was about, I would have done things differently, and maybe today I wouldn’t be where I am, maybe I was just a simple instrumentalist. 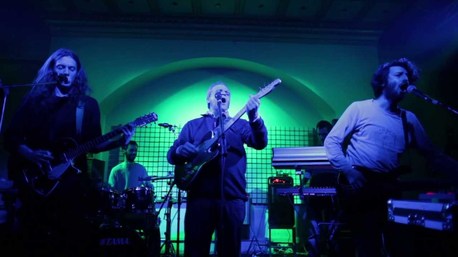 From the past, to the future

T. R.: After your mother passed away you stopped playing, but it’s impossible that your mind hasn’t been haunted with new ideas.

Rodion: For me, it’s a struggle of the thoughts. My mother died in 1989, at 72 years old. She gave me a morality education. In school I was a dreamer, I wasn’t such a good student and when coming home from the parents’ meeting she would say « there were only happy mothers there, but I wasn’t one of them! » So I had this regret, of never having the chance to make my mother happy. Only when I became famous and they’d play my songs on the radio, my mother was the happiest, and to be even with everybody she would run to the neighbors to tell them. That’s when I was happy too. With her dying, I felt I didn’t have a reason to continue anymore, I always had a lump in my throat.

T. R.: What message would you send to the younger generation of musicians?

Rodion: Everything is a gift of fate, you have to be born for this. I don’t know how I managed to make this kind of music. It’s also about your spirit, your temper, and I think we could use more of the oriental and Balkan influences. I think every composer used oriental music in his works. You have to be authentic and listen to a lot of music, to avoid similarities. With style and originality you will be 5 steps ahead of any band. The Beatles stood out through originality, they didn’t resemble neither The Rolling Stones, nor Bee Gees…the same with The Kinks. We notice that they all are absolutely original. I think my worth comes from the fact that today, when there are so many styles in the world, so many bands, I have my own original style. A lot of people say about me that I am a genius, many say that I am not normal, but that I am original – that’s for certain. That’s my only good part…originality. I still have tracks and ideas from my youth, which would last me another 30 years if I’d start making them now! I’d rank first in the whole country, if it wouldn’t also depend now on my health.


translated from Romanian by Laura Marin
credits: Imagini din vis - a romanian documentary on Rodion GA, made by Sorin Luca. Find out more about this HERE.

Under the influence: Kreidler

Four people on a round table, trying a suit of Turkish delicacies.