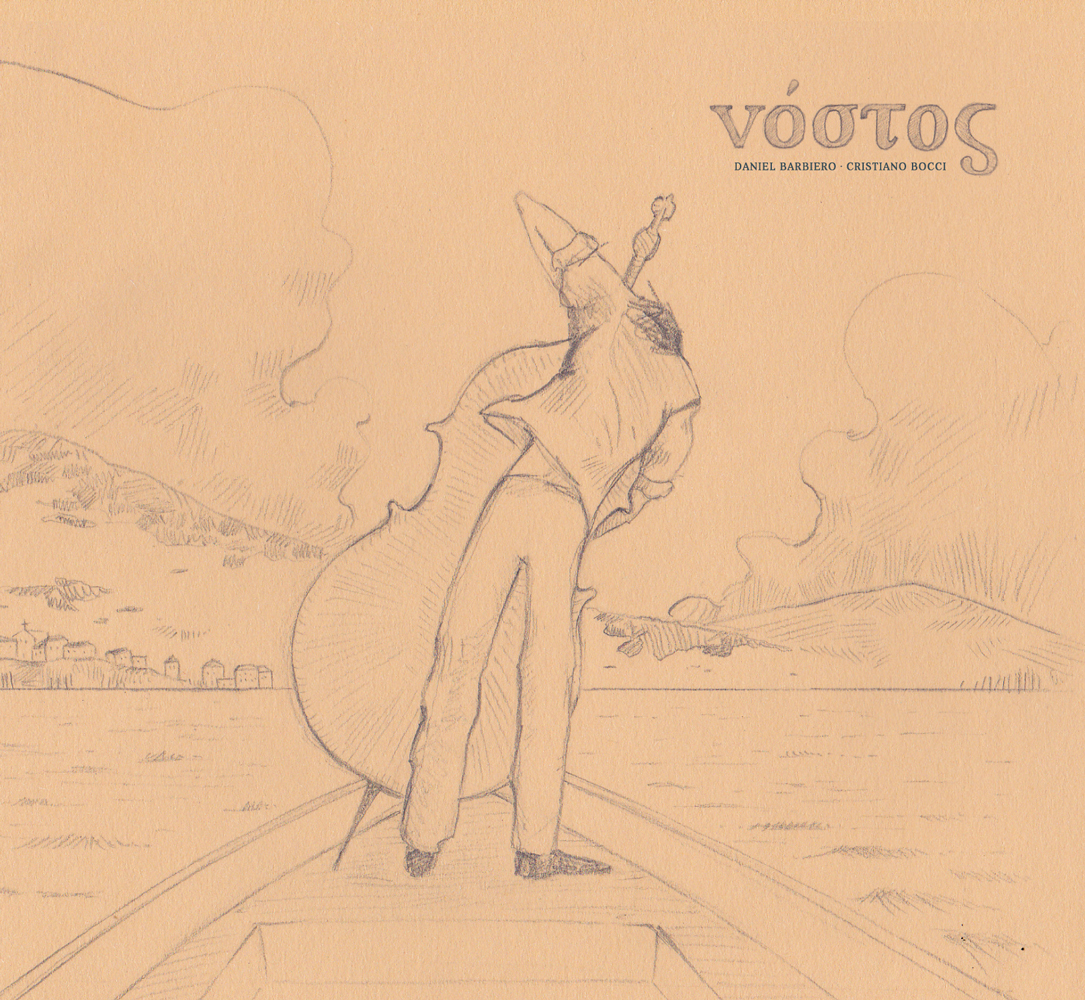 Nostos (Greek for "returning home" and the root of the word "nostalgia") is a collection of eight electroacoustic works for double bass and electronics by double bassist Daniel Barbiero (USA) and sound artist/electric bassist Cristiano Bocci (Italy). Each piece is grounded in a solo double bass performance which was then modified, dismantled and reassembled into constructions that explore timbral nuances as well emerging harmonies, counterpoint and rhythms.

The album stands on a simple structure, but the overall sound molds into complex arrangements that seem to be poles apart from each other. Which, however, they are considering that the songs are the result of an international collaboration over the web. But there is a special substance emerging from this long distance clash of electronic ways applied onto the organic acoustic sound.

The tracks are built on a lack of linearity which makes them hard to follow, but give in exchange a sense of being followed. Every vibration seems to cause imbalance in a continuous fall. It all begins with 'gli alberi, a gennaio' (''the trees, in January'') which beautifully holds up to its title. Layers of strings perfectly imitate shaking tree branches covered in January ice.

'quando il pubblico incontra le frequenze basse' is a calm mourn, stripped of clear feelings and lively emotions. It seems to have been intentionally brought to a condition of collapsing void and symbolistic greyness. 'rientri casuali' is a poisonous track with a black-hearted core followed by 'contrabbassi in marcia', a more rhythmical piece positioned in the middle of the album where it constructs some necessary balance. 'bordeaux su nero sopra il grigio' flows slowly like unifying droplets on their way to the ground. The recent traces of calm are wiped out with 'se il tempo fosse un branco di pesci', an agitated whirl of notes that becomes even more convoluted under the title of the 7th track, 'rientri casuali (take2)'.

Electronic elements are finally occupying enough space in the composition to make a point. The last track, "l'ultimo treno per follonica", is a virtual duet for Barbiero's double bass and Bocci's six-strings bass. This one ends the album with a long awaited warm melodic touch as if friendly closing the collision of the different poles.